Ten months into the world’s response to the unprecedented global COVID-19 pandemic, every corner of America is attempting to find the best approach for bringing ourselves back to “normal” without exposing our vulnerable populations. I am in the unique position of being a leader directly involved with companies around the globe, including leading NC West in North America, Europe, and South Korea. Having seen multiple approaches across the world, with varying levels of efficacy, I’ve come to realize that there is no single right way at creating a safe “bubble” environment in response to this pandemic.

There is, however, a plausible philosophical approach to using the tools available to fight the virus most effectively.

Identifying the path to success

Tackling the pandemic is a resource management and optimization problem. At its heart, it is a multilateral dependency puzzle ­– one that should be familiar to anyone involved in the building of games and virtual worlds. Taking a purely dispassionate view, we can express the elements of the solution through four key variables: liberty, privacy, efficacy, and resources. Adding or reducing any of the individual variables incurs trade-offs with the others.

As I compare solutions implemented by institutions in some of the Asian countries that are successfully managing the pandemic, the choices of these tradeoffs are clear. The U.S. strategy lacks robust contract-tracing and requires much more frequent testing of a large percentage of its population, requiring more resources. This is challenging even when everything goes according to plan, and illustrates the difficulty in managing how much a community is willing to be limited in its ability to freely travel, the available number of tests for those people, and the extent and effectiveness of the contact tracing infrastructure in place with the population. 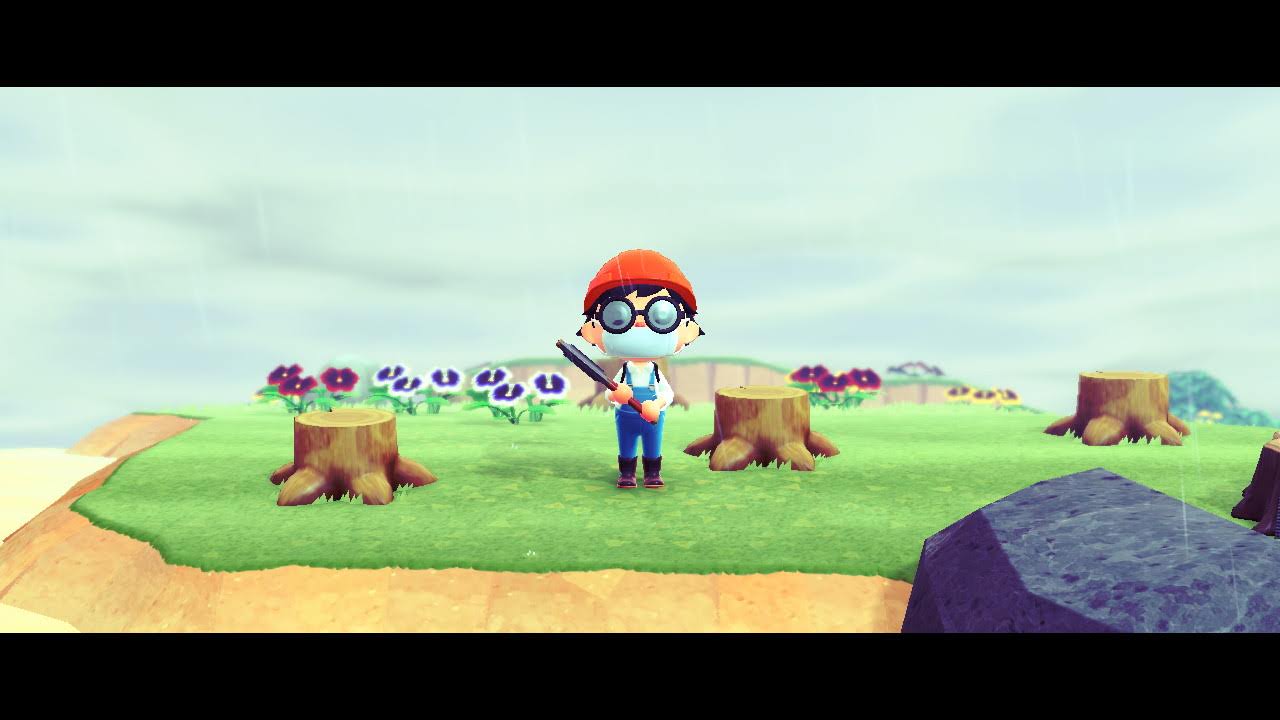 Above: Clear-cutting foreign islands for their natural resources? I’m OK with this?!

These same types of tradeoffs are at the heart of the decisions that need to be made when designing games. Game development teams are extremely adept at balancing resource availability, restrictive timetables, and the freedom to pursue creative ideas. None of those variables exist ad infinitum, and so tradeoffs necessitate compromise to reach the end goal. In the game development world, this compromise is driven by data analytics, collaborative work ethic, and management of decentralized infrastructure and personnel resources. It relies on teams of experts to efficiently develop solutions or incorporate existing ones.

We as a society can learn from this approach when it comes to how much we value those variables compared to the amount of resources we have. We should aim to make informed decisions based on what is at stake and what the implications each of those variable trade-offs entail. This kind of analysis can help to visualize and understand the choices we are making during this pandemic and help us make conscious and informed decisions to get us to our goal: ending it.

Make data work for the good

Another aspect of game development (and really, any technical development) is detailed documentation and data sharing. Empowering individual developers with a robust set of tools and access to every team’s progress enables them to make the best decisions possible for their share of the work; a rising tide lifts all proverbial boats. The same is true of fighting a pandemic. Data transparency and sharing ensures everyone is moving in the same direction, that standards are being maintained across the breadth of the organization, and that information is being used to drive success.

On March 18, Taiwan closed its border and nobody was allowed to enter Taiwan unless they had a Taiwanese passport. As a result, the government recently announced that they have gone over 200 days (a worldwide record) with no new locally transmitted case of COVID-19. In South Korea, the border was kept open and the majority of the population did not have to be tested except in cases of international travel, displayed symptoms, or close contact with someone who tested positive. This third protocol is what really differentiated South Korea’s success from other hotspots in the world: The robust contact-tracing infrastructure at the national level ensured safety and knowledge for the population to be able to protect themselves and others at the potential point of infection.

Nations where the liberty to travel and right to privacy take precedence quickly discovered it is necessary to test the entire population frequently. Here in the U.S., there is no way to tell if you were in the same cafe having coffee at a table next to someone who later was confirmed positive for COVID. In South Korea, you get a text message if you were in the same building with someone who tested positive.

Next steps for American leadership

These types of factual analyses based on explicit variables, boundary conditions, and the scientific understanding of how viruses propagate and can be treated, are exactly the types of approaches the U.S. has historically galvanized and been proud of, and they are the basis of its prosperity and global leadership up to today.

The U.S. has been looked to for its leadership in science and technology throughout the 20th century and into the 21st, and the world is keen for us to step up and be a leader once again by spearheading efforts through rigorous, tried-and-true methods in this dire time: 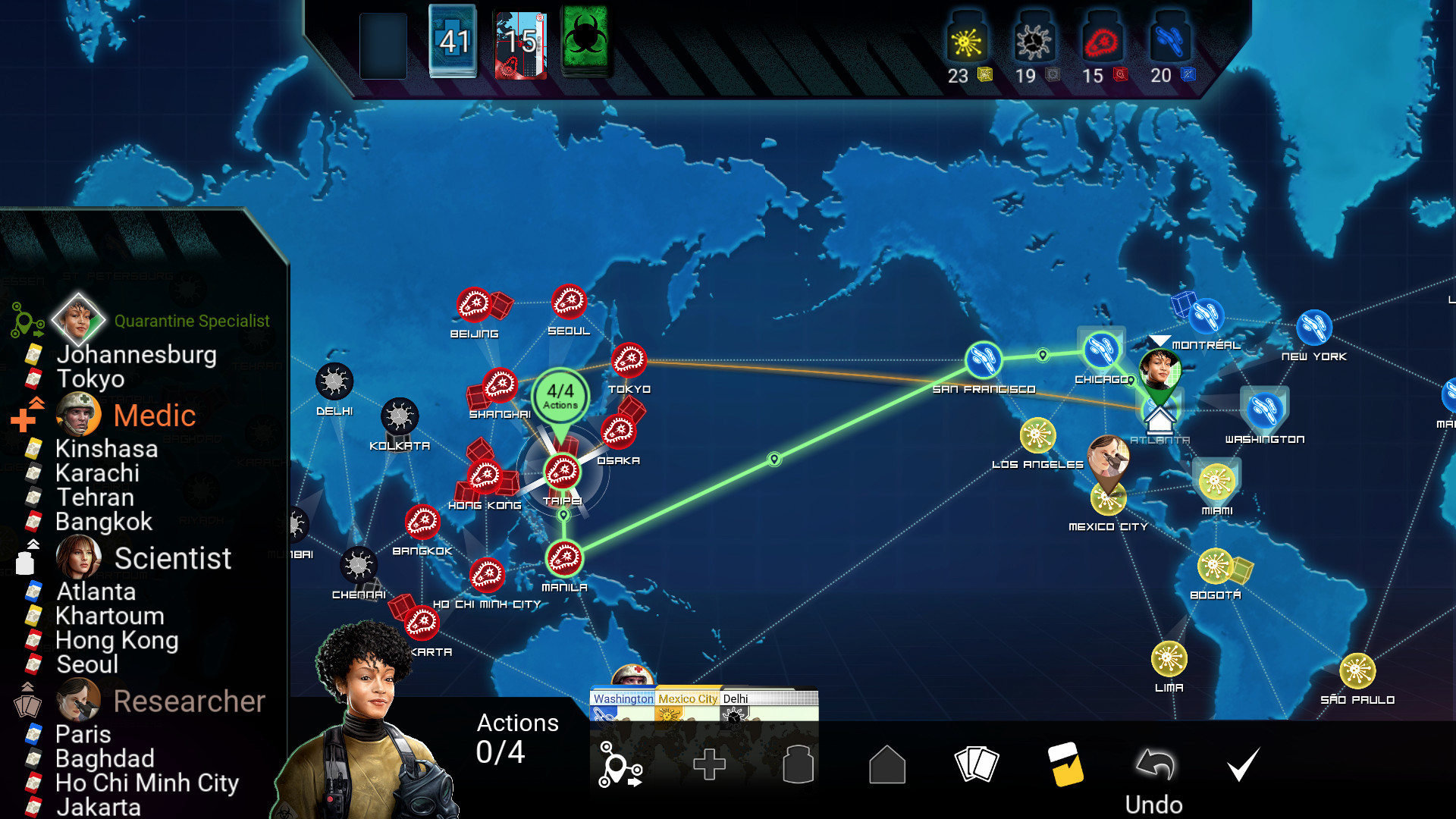 While there is no disagreement that it is important for us to follow local ordinances and guidance from those who work in our communities, we know some of the CDC guidelines on when to get tested and what actions are safe once one is confirmed positive are not consistent with guidelines given by infectious disease experts in other countries or by the World Health Organization.

For example, the American CDC says you can safely be around someone 10 days after you test positive for COVID-19 provided you are not expressing symptoms. In South Korea you are required to have two negative tests at least 24 hours apart to ensure that you don’t become an asymptomatic spreader of the virus, regardless of how long it’s been since first testing positive. This guidance was created as a direct result of scientific research done at various medical institutions around South Korea. This disparity reflects a deeply embedded societal philosophy built around individualism, in this case at the cost of the common good.

America is a country that excelled and achieved prosperity and respect from the rest of the world through science and evidence-based decision-making, and this pandemic is a watershed moment for the country to continue to hold that leadership role. We should again work collaboratively to ensure scientific work guides trusted public policy-making, and using well-established collaborative game development techniques is a solid base from which to build.

Dr. Songyee Yoon has a doctorate in computational neuroscience from MIT and is the president and CSO of NCSOFT, a worldwide leader in digital entertainment and video games.