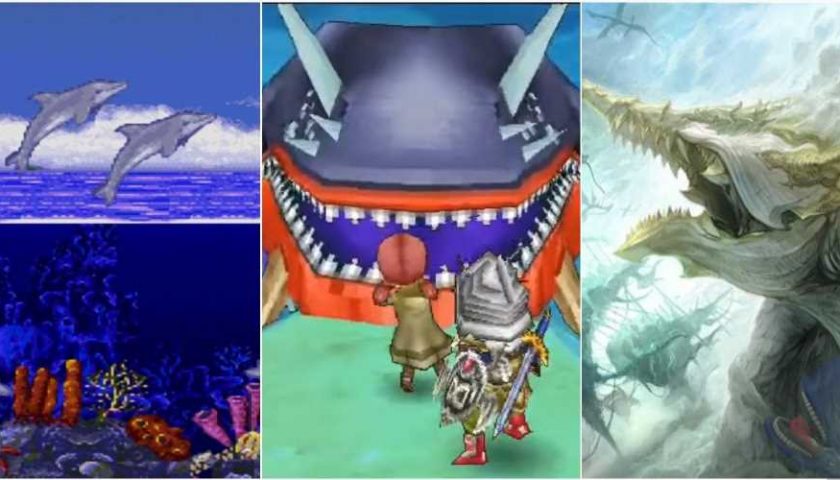 If you are looking for the most majestic, beautiful, and graceful creatures on the planet, you can do no better than the creatures of the deep. I'm betting that if you're anything like me, you are reading this list because these extraordinary animals bewitched you from a young age – perhaps you even wanted to be a marine biologist until you realized just how much science and math were involved.

The world of video games is a fantastic place to satisfy a compulsion to witness such aquatic beauty. Games are full of whales, dolphins, seals, and all such mammals that were too dumb to evolve legs. This list is dedicated to them. 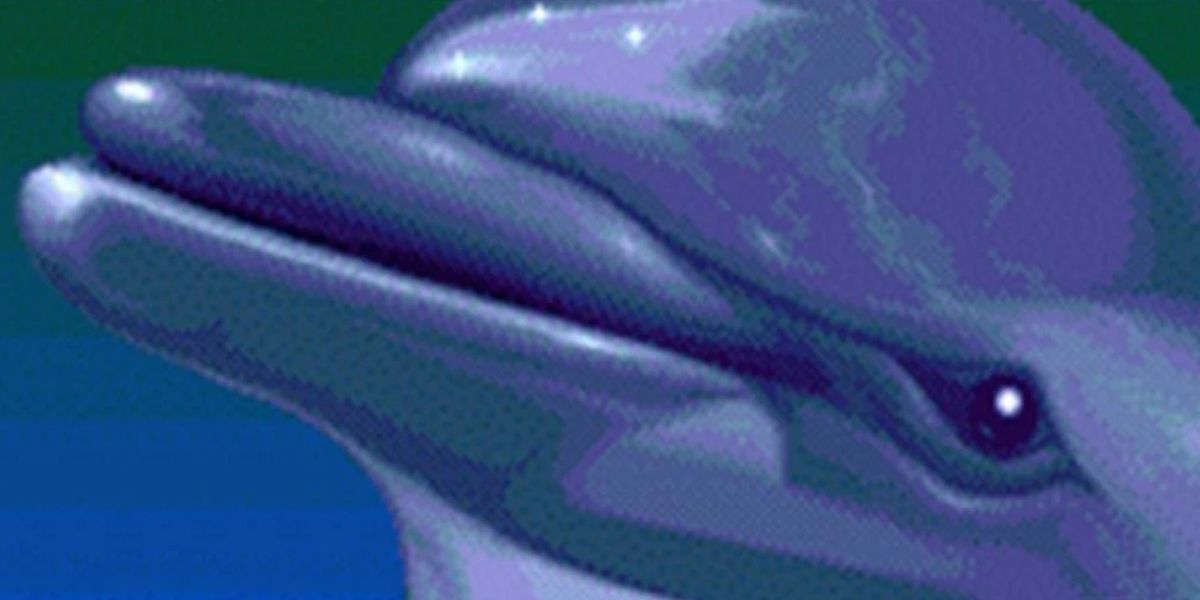 In real-life, dolphins are quite nasty, but Ecco eschews those biological faults and stands (swims?) as one of the most heroic examples of a sea creature in all media. He saves the world from evil aliens, makes friends with dinosaurs, and even time travels to take down his mortal enemies. Of course, many of you will associate this cute little fin-flipper with the rage-inducing difficulty of the games that bear his name, but I don't think that's something to hold against him. Ecco's legacy is something to be lauded. 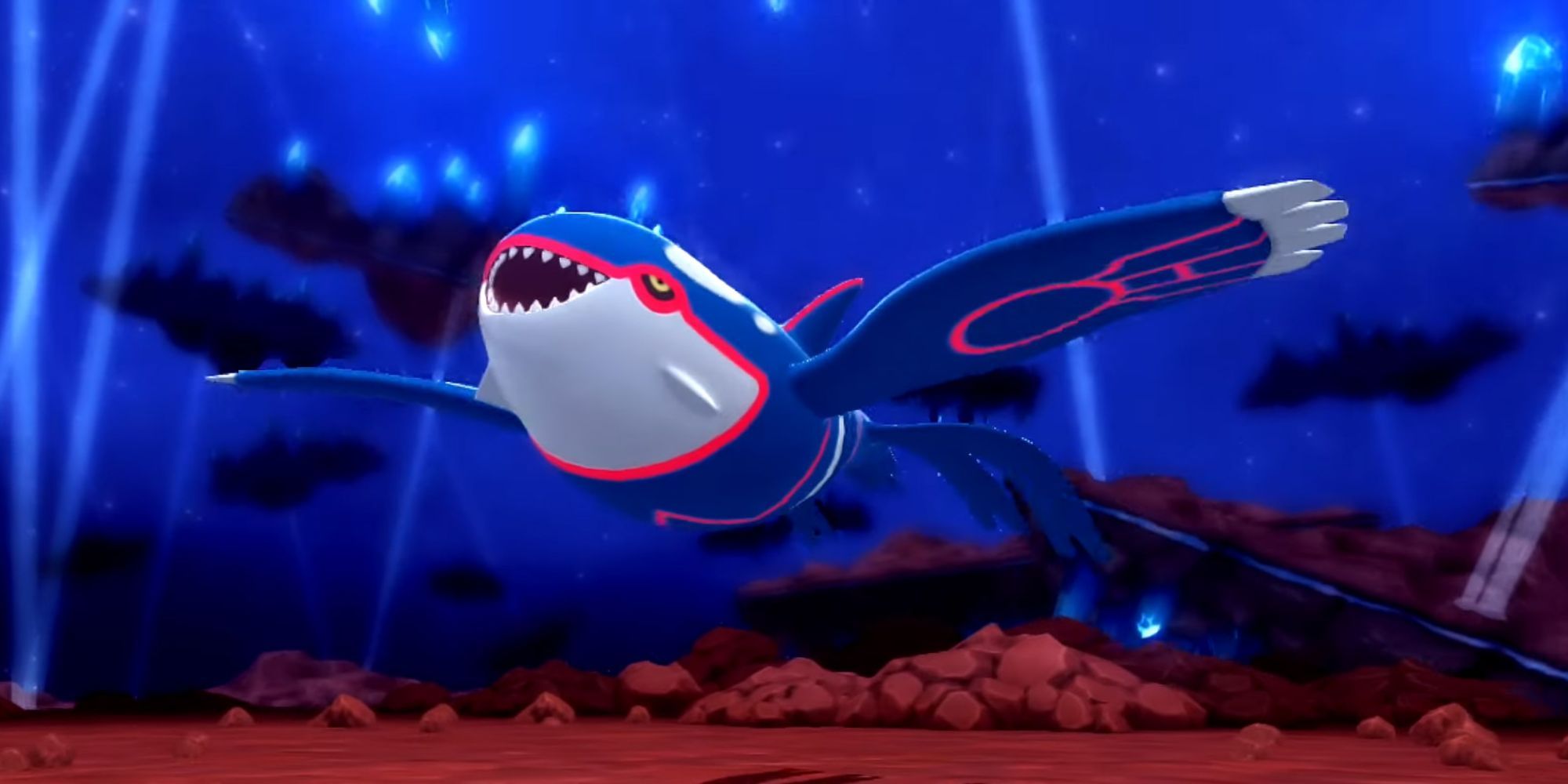 There are a ton of fantastically beautiful sea creatures in Pokemon that might have made this list, such as Wailord, Alomomola, and so on – but they all lay eggs. Do you know what that makes them? Not mammals. Kyogre, on the other hand, does not lay eggs, so it's fair game. They're the beastly blue killer whale with an axe to grind when it comes to a certain Ground-type kaiju, and they deserve our respect, lest they devastate us with swathes of rainstorms that threaten to submerge the land. Sure, we'd be closer to those sea creatures we love, but I don't know about you, but I haven't got gills, and I haven't the wherewithal to go about evolving them. 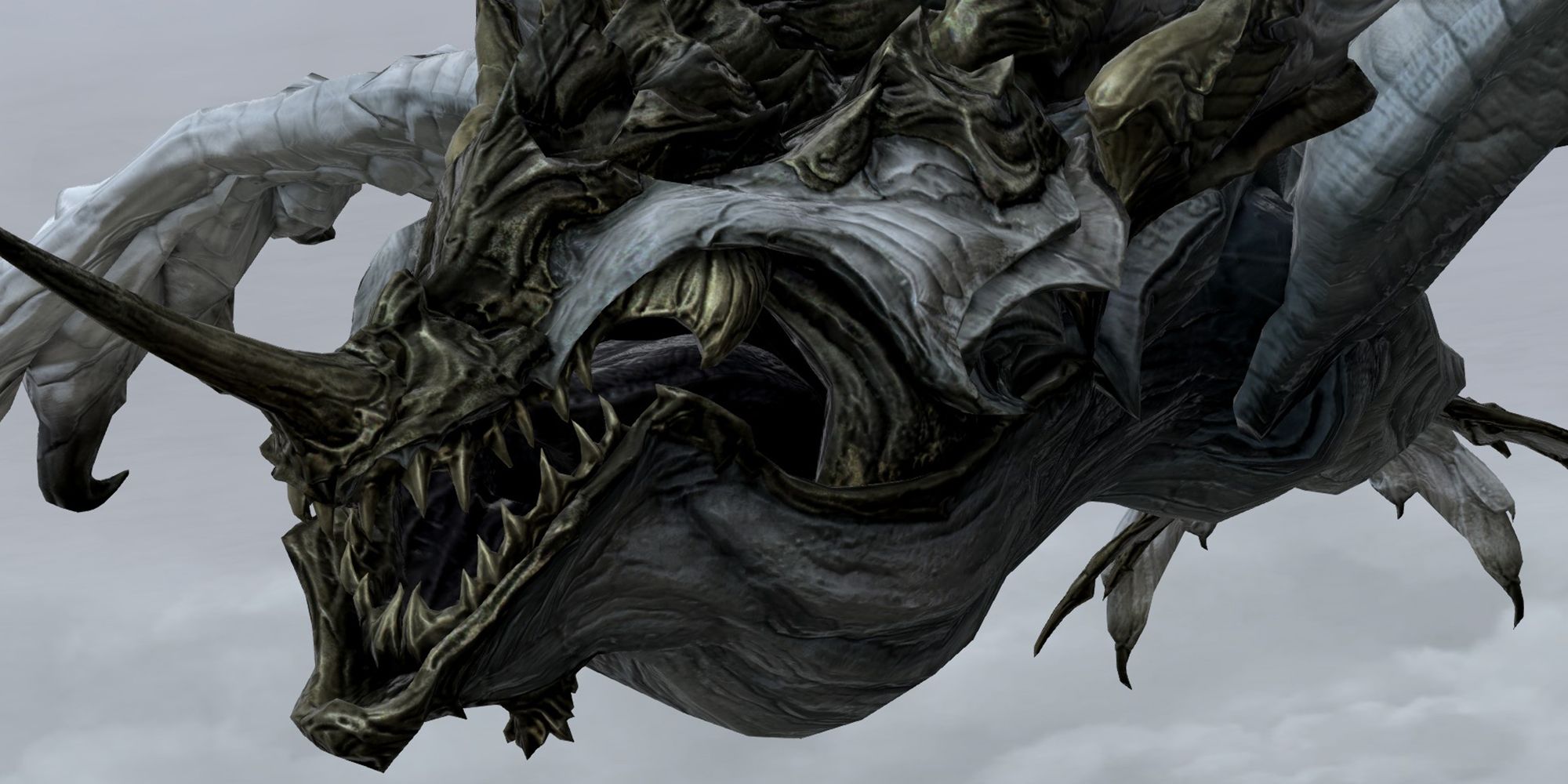 If you're a Final Fantasy 14 fan, you'll know what I mean when I say that Bismarck rocks. He shows up a few times in the game, most notably as one of the most entertaining fights in the Heavensward expansion and a chill fae who helps you out during Shadowbringers. He also turns up in quite a few other Final Fantasy games, usually as a summoned creature with aquatic powers, something that associates the beast with its namesake – a German battleship from World War 2.

He's a great addition to the game. After all, it's not every day that you fight a floating whale! 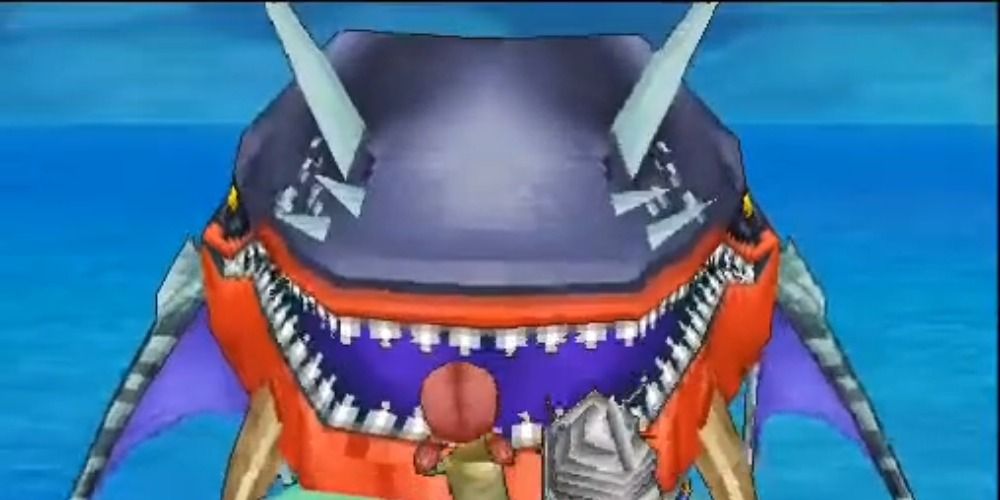 Dragon Quest 9: Sentinels of the Starry Skies is packed so full of puns that you end up feeling like you cannot trust any line of dialogue in the game. The Welsh-style town of Porth Llaffan is particularly packed with puns (read the name backwards) and is also the location you'll fight the Lleviathan. It's a dangerous battle, but a memorable one – it's not every day that you fight a floating whale! 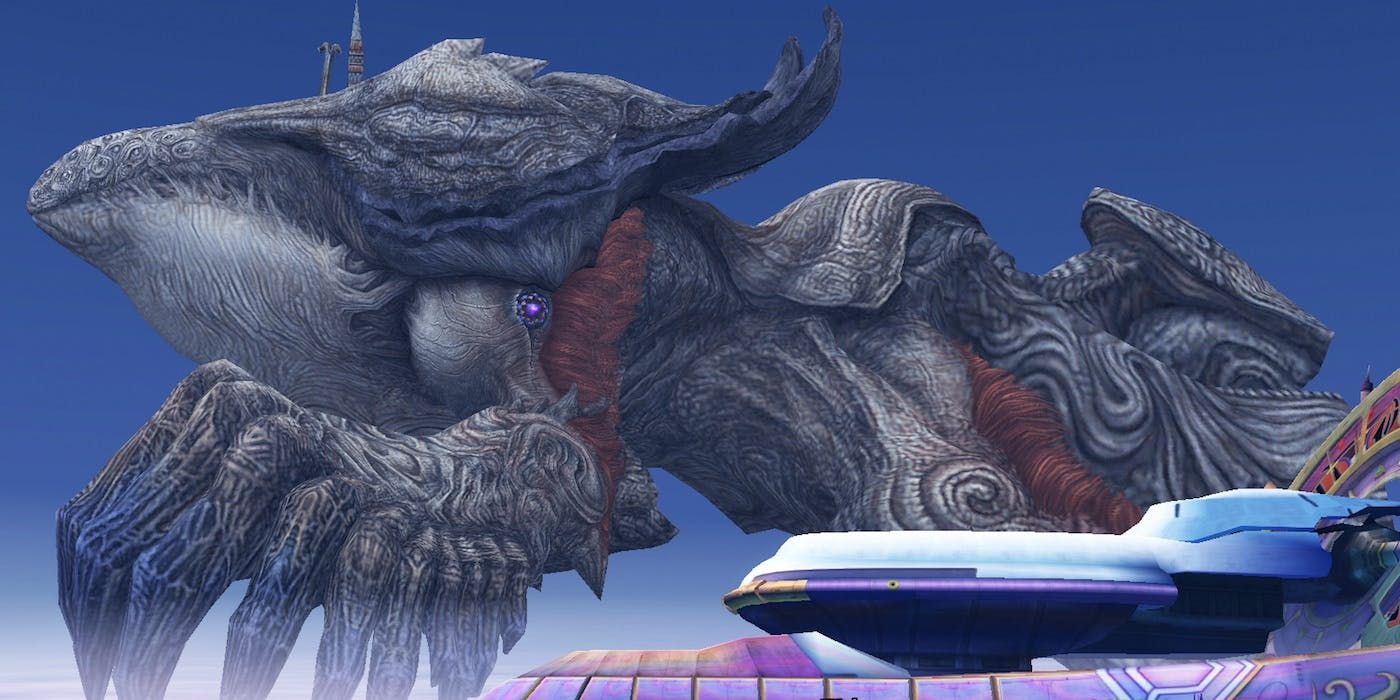 Okay, okay. Maybe it is every day that you fight a floating whale. For much of Final Fantasy 10, Sin is the main antagonist and the driving force behind the vast majority of the party's actions. You don't get much more central than that in a video game, especially if you manage to do so without the capability for speech. As you learn more about this gigantic cetacean's existence, Sin becomes a bit more tragic as an antagonist/set-piece, and for that reason, he is one of the most memorable aquatic mammals in video game history. 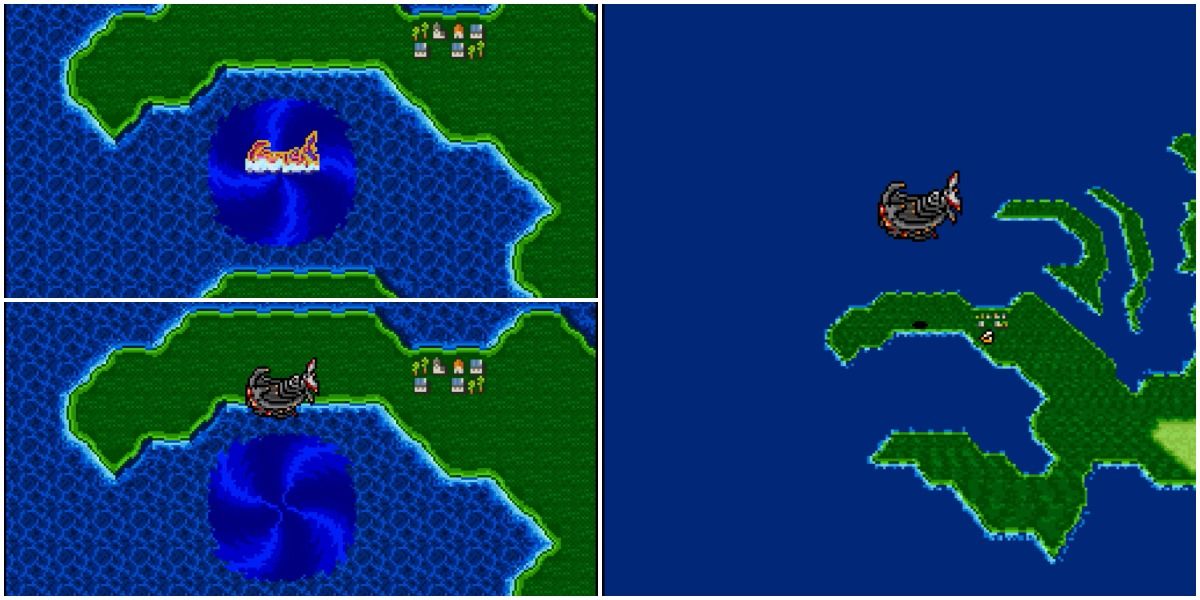 Does this even count as a mammal? It's a whale-shaped spaceship that you use to get to the moon in Final Fantasy 4. I'm keeping it. It's a terribly cool concept.

2 Sora When He's In Atlantica Hear me out – Sora is a mammal, and he becomes an aquatic version of himself when he goes to Atlantica. Still with me? Fantastic. Logic established.

Sora is obviously the most iconic Kingdom Hearts character, and it's for a multitude of reasons – he's the chosen one, he saves the universe with a comically oversized magic key, and he's best mates with Mickey freaking Mouse. You don't get more beautifully unhinged than that – unless you consider the fact that he can simply become a merman and breathe water every now and then. Baffling to the end, Sora is a fantastic aquatic mammal and the best one in Kingdom Hearts. Suck it, Monstro.

1 Just About Everything In ABZÛ, To Be Honest 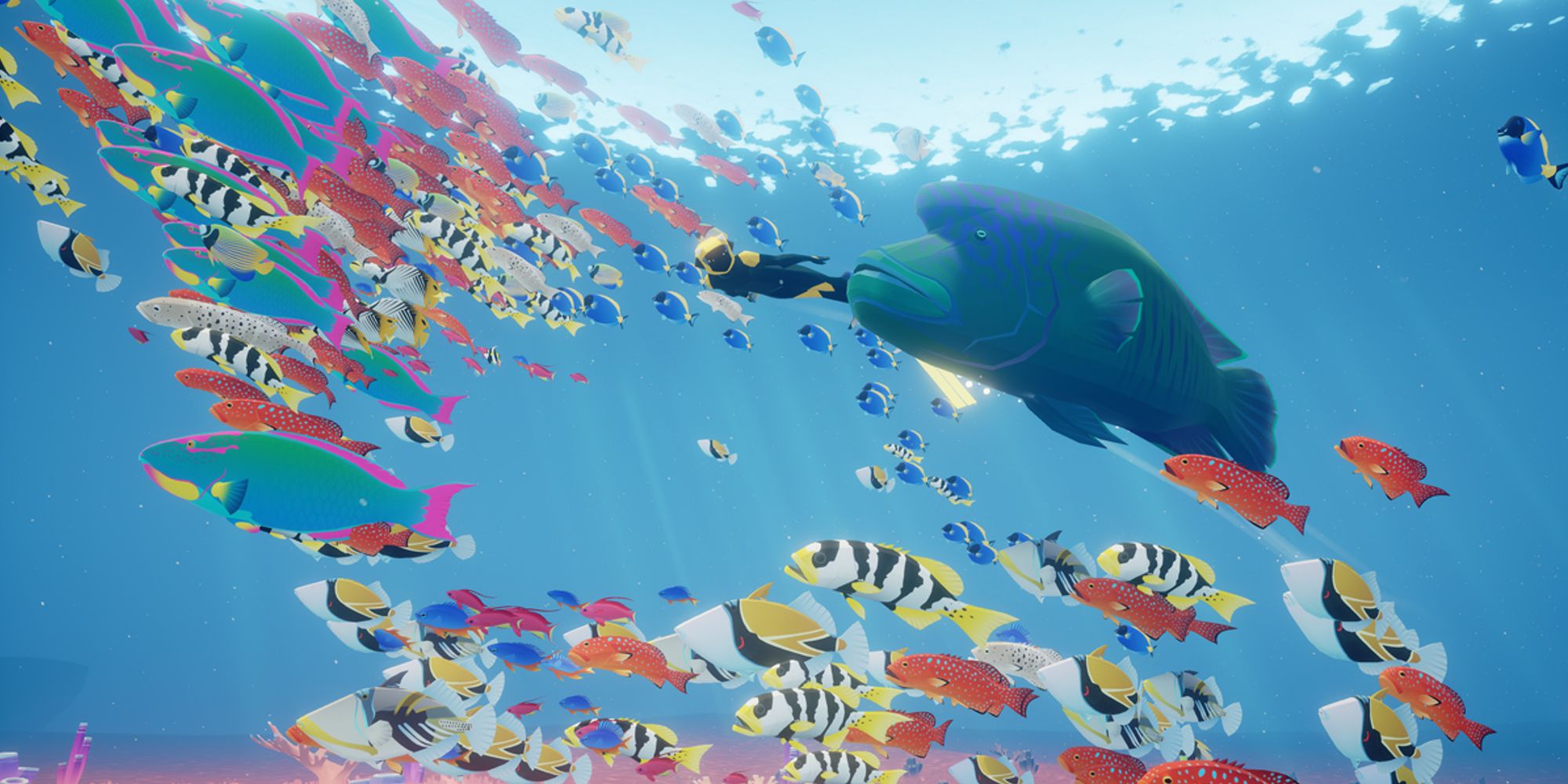 If sea creatures really are your thing, Abzû is a must-buy. This game is absolutely gorgeous and has you taking the role of a deep-sea diver exploring underwater environments filled with stunningly-rendered fish, whales, rays, sharks, dolphins, octopuses – just about anything you can imagine. Forgive the fact that not everything in the game is a mammal, but a list like this cannot be written without mentioning this love letter to the true stars of the ocean. Abzû will leave you feeling meditative, soothed, and searching Amazon for scuba gear.