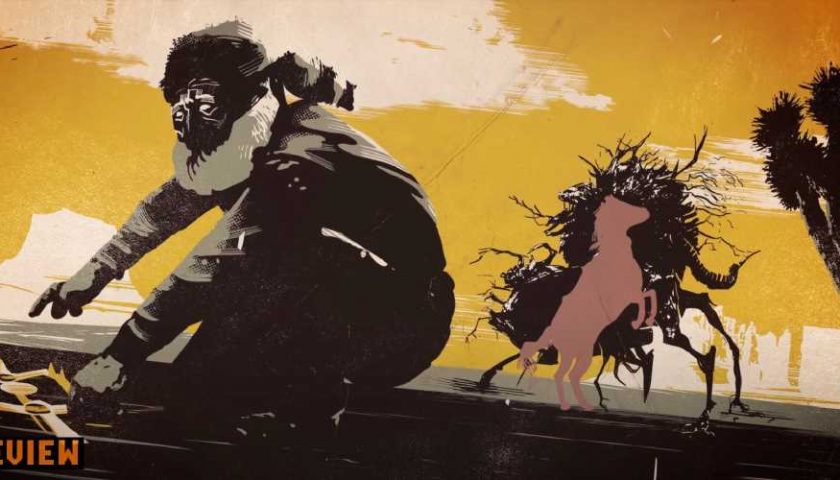 While following a lead on the cultists who killed your son and abducted your husband, you find yourself in the company of crime-boss-turned-mayor… or mayor-turned-crime-boss. Those lines are blurry in the Weird West. He’s willing to tell you where your husband is being kept, but first he needs a favor. He wants the deed to a nearby homestead so he can take the property for himself, and as you might expect, he’s non-specific as to how you do it. You might find a way to trick the owners, repel down the Chimney when everyone’s asleep and steal it, or even gun down the entire family and take the deed off their corpses. Alternatively, you could tell the mayor “no deal” and go full Rambo on his compound, killing dozens of his men until you find what you’re looking for. There’s no right answer; no matter what you do, there will always be grave consequences. Weird West is remarkable in its ability to present complicated Trolley Problems, then show you what happens after you pull the lever.

Boomer RPG doesn’t have the same ring as Boomer Shooter, but the spirit of classic CRPGs like Fallout and Wasteland are alive in Weird West. The fantasy Western setting and the isometric perspective are reverential to the exploration-heavy, dialogue tree-filled adventures of the ‘90s. But Weird West is no mere throwback. Its complex systems of cause-and-effect draw heavily from the sensibilities of Arkane’s Dishonored and Prey, naturally, as all three games share a director. “Actions have consequences” has become somewhat toothless marketing jargon thanks to overblown promises from choice-based games, but this world is completely shaped and reshaped by your actions. The butterfly effect at play in Weird West can be staggering – provided you’re paying close enough attention to notice it.

The story of Weird West is broken up into five separate stories, but the world is persistent from one campaign to the next. Every choice you make with one character will have consequences for the next one. If you clear out a town of bandits, it will become a ghost town later on – potentially inhabited by actual ghosts. Choosing to kill or spare an enemy can lead to something as simple as a future chance encounter with a family member who holds a vendetta against, or an entire criminal enterprise growing more powerful with each passing day. Weird West takes immersive sim principles and applies them broadly. Dipping an arrow in a candle will create flaming arrows that can ignite nearby oil barrels to set a group of outlaws on fire just as letting a gang leader live will lead to the town Sheriff dying in a shootout which will leave the town vulnerable to monster attacks which will make people in nearby towns hostile to you, a pig-faced man. Wolfeye Studios has taken a holistic approach to cause-and-effect that gives the simulation a degree of verisimilitude I’ve never seen before. The more time I spent off the beaten path, the more impressed I became by just how complicated Weird West’s world really is. 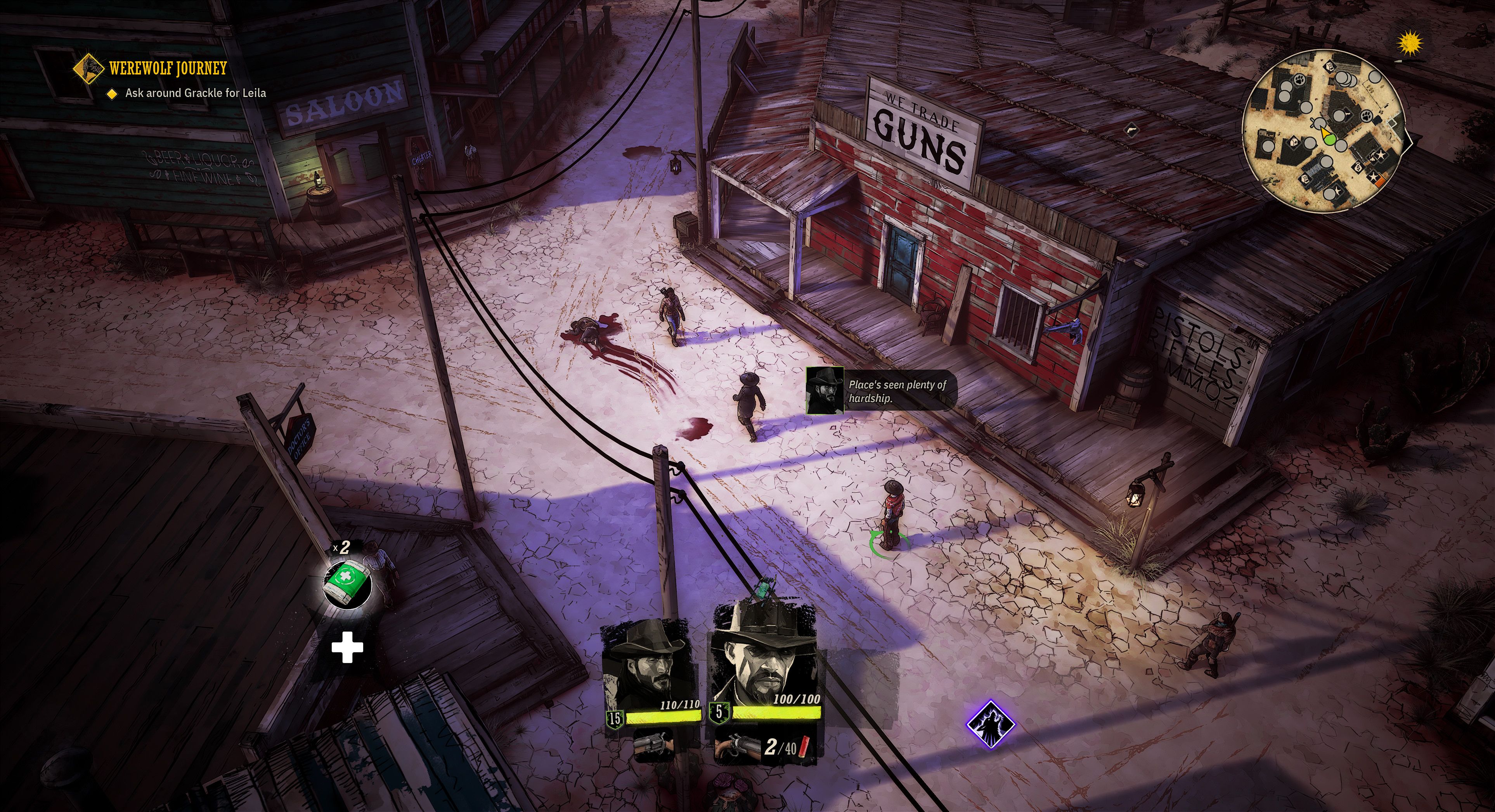 Games have not trained us to see these kinds of changes happening, so Weird West fights a steep uphill battle to show the player what’s happening in the world around them. If you stick to the critical path, you’ll seldom even notice the impact you’ve had. Weird West’s loading screen tooltips are constantly reminding you to go explore, venture into the unknown, and pay attention to your surroundings, but if you’re only motivated by quest logs and treasure hunting, you might miss out on the entire experience. Simply walking into a town you’ve been in before usually won’t tell you the full story either; there’s no NPC that greets you at the saloon to catch you up on what’s happened since you’ve been gone. Instead, you have to read newspapers to catch up on happenings. You need to revisit towns and read people’s mail to see how their stories are developing. If you really want to keep track of the changes, you’ll need to keep a notebook on hand and jot down the names of POIs and what happened there. If you simply work your way through each campaign completing all the storylines, you’ll end up missing out on most of what Weird West has to offer. You can only find the real meat if you’re self-motivated to find it. It’s a fairly radical design decision, at least by today’s standards, that even some immersive sim fans may find unappealing – myself included.

While there’s a seemingly infinite amount of freedom to interact and affect the world, combat is surprisingly limited. You do have a lot of control over the way you approach a fight. Utilizing stealth and silent weapons allow you to methodically clear out a camp without being seen, and barrels full of various elemental catalysts like oil, water, and acid help you set up impressive ambushes. Once the bullets start flying, however, the opportunities for creative decision-making are disappointingly few. Weird West is strictly real-time and offers no opportunity to pause or transition to turn-based combat like similar CRPGs. You can temporarily slow down time by dodging while you aim or opening the ability menu, but you can’t pause the action in order to be strategic with your attacks. When a fight starts, enemies generally swarm around you or rush directly at you. Most of the time, your best course of action is to unload your bullets as fast as possible and kill them before they can kill you. Positioning can give you an advantage, as can setting up traps ahead of time, but for the most part the combat is pure, mechanical carnage that feels at odds with the rest of the game. 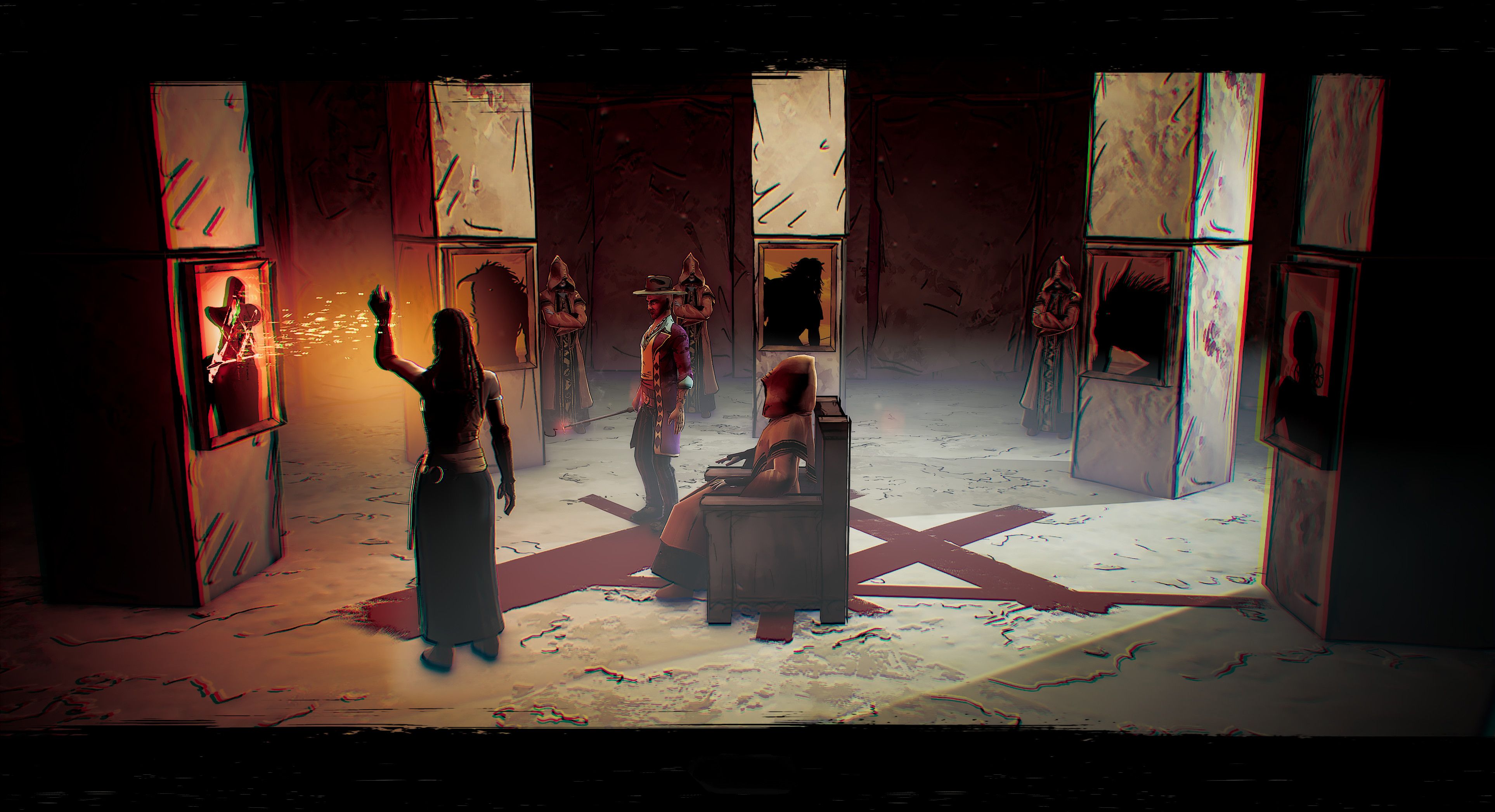 The storylines start off strong with the first two characters – Bounty Hunter and Pigman – but quickly become archetypal and repetitive throughout the final three acts. Both the Protector and Werewolf face essentially identical moral dilemmas at the end of their stories, but they aren’t contrasted in any recognizable way. The final character, the Oneirist, wraps up the overarching plot and finally reveals what force brought these five characters together. It would be a fascinating and thought-provoking ending if not for the fact that it pulls the exact same trick as Prey. The way Weird West builds towards the reveal may turn out to be more satisfying to some, given the common criticisms of Prey, but ultimately I think Prey handles the themes that both games explore a lot better.

Grievances aside, I was constantly impressed by how complex and malleable the world of Weird West was. The encounters and happenings are frequently surprising and the choices it asks you to make are not simple, nor are the consequences they lead to. There’s joy and power in making those tough decisions and rolling with whatever happens next, even if it isn’t at all what you expected to happen – which is often the case. It demands a level of attention and creativity that may not come naturally to everyone, but it's the kind of game that gives back as much as you’re willing to put in. If you’re the kind of person that thinks, “What would happen if I did this?” Weird West will always give you a great answer.

Score: 4/5. A PC copy was provided by the publisher for this review.