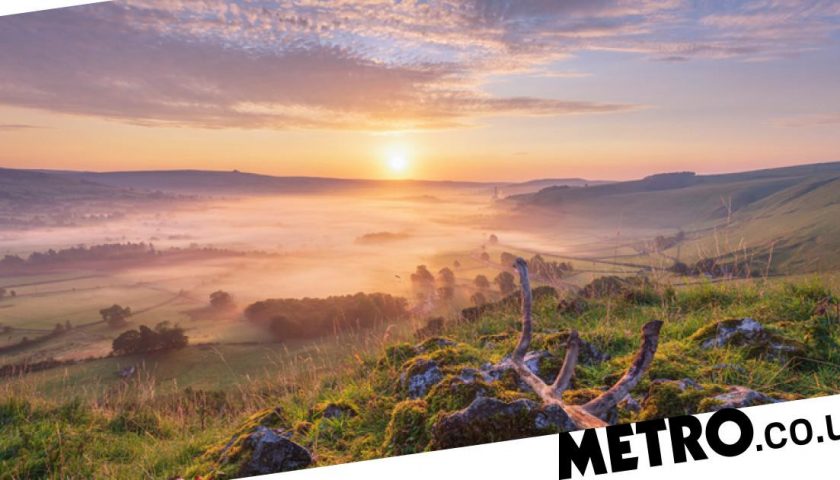 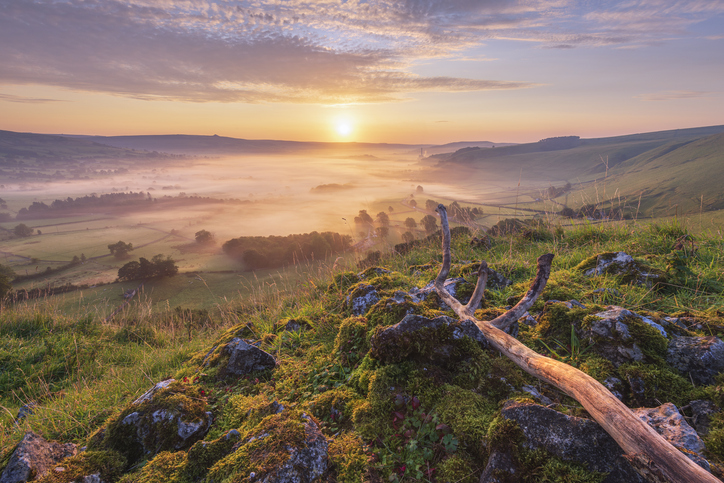 Readers discuss those times that something in the real world reminds you of a game, from ominous CCTV cameras to a rolling fog.

The subject for this week’s Hot Topic was suggested by reader Julian, who asked whether you’ve ever been reminded of a game by something mundane in real-life? Perhaps an unusual car ride or some small detail about an in-game object or gadget.

We had plenty of different stories, from locations that look like a video game to oddly familiar sounds – although fog seemed to be one of the most common, and creepiest, examples.

The Elder Scrolls 6: Peak District
I actually wrote a letter to you about my real life experience that reminded me of video games a couple of years ago, and was reminded of it as soon as I read this week’s Hot Topic.

Two games, same day.
I decided to take a hike up Kinder Scout a couple of years ago one autumn. Driving through the Peak District, the distinct autumn sun, burnt orange leaves and beautiful twisting B roads and British countryside, I felt like I was in Forza Horizon 4. Everything just came together perfectly.

When I reached my destination the fog crept in, walking up Jacob’s Ladder and beyond with little visibility, strange rock formations appearing out of the fog, it really felt like I was in the world of Skyrim, traversing a barren mountain pass.

It was a beautiful and surreal experience that I still recall with fondness.
The Dude Abides

Previous life
This is a great Hot Topic – I am really interested to hear what other people’s experiences are like.

For myself one of the most prominent that I can recall was when I visited London with my partner a few years ago. We walked down past the Houses of Parliament and despite never having been there before I had an intense feeling of déjà vu. I realised it was so familiar because I had been climbing over those buildings in Assassin’s Creed Syndicate and the sense of recognition I had was profound.

It was all I could do to not jump up and start climbing again – though I’m sure I would have immediately tripped over in the wrong direction and then inadvertently whacked an innocent bystander for that true Assassin’s Creed parkour experience of course.

I can only imagine how great similar experiences will be after using VR or whatever comes next in the future, such is the sense of immersion.

Talking of which, my other more mundane memory is walking to school to pick up my daughter after a particularly long bout of herb and flower picking in Skyrim and unfortunately I was obviously still in the zone, as I calmly stuck my hand into a large thistle and recoiled in surprise at the burning pain.

World Warrior
Funsome Hot Topic. Just a couple of weeks ago I visited the London Beer Factory (in Bermondsey) and unsuspectingly found myself in one of the bonus levels from Street Fighter 2!
Bingo Rose

Planning ahead
A couple of experiences from me:

Quite a few years ago I was waiting for a bus. Over the road from me was a cathedral, while I was waiting I found myself mentally climbing it, planning my route and what I’d use as handholds, I made it to the top of the spire to synchronise – I’d clearly been playing too much Assassin’s Creed!

Walking around in nature has been changed by gaming for me too. I can’t see a bird’s nest in a tree without thinking about Leon shooting it down for the ammo or loot inside it thanks to Resident Evil 4!
LastYearsModel

Do be careful Link!
This wasn’t a mundane event but in 2017 the skies over London went red due to dust from the Sahara being blown up.

It was quite surreal and I instantly thought of the Blood Moon in Zelda: Breath Of The Wild. Thankfully no monsters were risen!
Barry

Luigi death stare
I once saw a driver drop a banana peel out of their window and it landed just as though it was straight out of Mario Kart. The following cars all swerved to avoid it, which made it all the more hilarious.
Matt

Dark Shrewsbury
I remember for years after GoldenEye 007 I could never look at CCTV cameras without feeling nervous. I even found myself ducking back behind a door to hide from one once, before I realised that maybe I should get some sleep and lay off the video game.

I don’t get it so much nowadays but my dad lives in Shrewsbury and, I’ve go to say, that whole town – the bit with the ruins of the cathedral – looks like something out of Dark Souls.
Cosine

Actual reality
To be honest it happens a lot more than you may think, from some obvious locations and then some really random scenarios to just the sounds of something or another. Due to interests in historical monuments, buildings from castles and huge National Trust properties, I feel I can let go of reality quite easily.

Mont-Saint-Michel in France reminded me a lot of The Elder Scrolls 4: Oblivion and the capital of Tamriel: Cyrodiil, due to the wall containing the entirety of the place with a medieval monastic style of architecture spiralling around to central monastery itself. Talk about immersion.

I remember playing the game Far Cry 2 with a recent trip to South Africa in mind and spending a couple of weeks in the Kruger National Park. It felt pretty authentic to me back then and I became very nostalgic about the trip with the sounds, colours, and landscape being very well designed and genuine looking, with some great lighting effects.

Another place I went to was Baskerville Hall near Hay-on-Wye in Wales. The grand staircase in the main hall leading to the second floor was very reminiscent of the Spencer Mansion in the original Resident Evil game. Then continuing through the corridors to some more stairs and up to a maze of old style corridors in a very old looking pre-Victorian and post-Victorian manor of some considerable size.

I could imagine quite easily a rea- life experience exploring the various castles in the UK and across Europe and going through the huge cathedrals and their catacombs and comparing them with game locations, of which I’ve been to a few now because of my genuine interest in real historic places. Also, going into the maze-like corridors and richly designed and decorated rooms of the National Trust properties, complete with their huge gardens. You almost feel around every other corner a shuffling zombie or hunter could be lurking nearby to scare the living heck out of you!

I feel as though gaming graphics are getting so very good over the last few years that even in my dreams I see these game locations as well as the real-life locations. It’s like my real-life memory of the visits and my virtual gaming memories all merge into a very surreal dreamscape!!

Definitely no complaints – though I remember back in the day coming back from school and having a long session of Turok: Dinosaur Hunter on the N64 the night before! A sound very similar to an enemy appearing by teleportation, sounded so very close to me whilst I walked back home! I spun round with my hands in a holding an armed weapon posture ready to defend myself, until realising it was just some random real-life sound!

I still cannot say what I heard to be honest! But possibly a break in gaming was needed for a life reality check! Just glad not too many of those instances happened. Just love living out my gaming experiences in some actual reality though.
Alucard