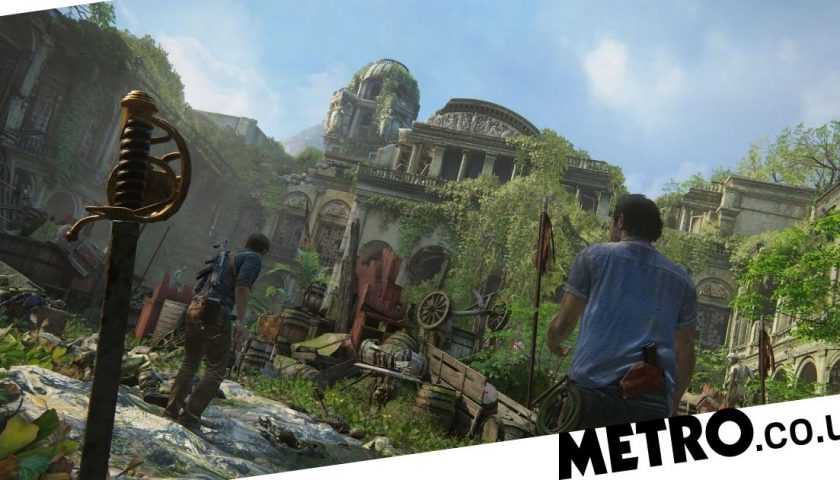 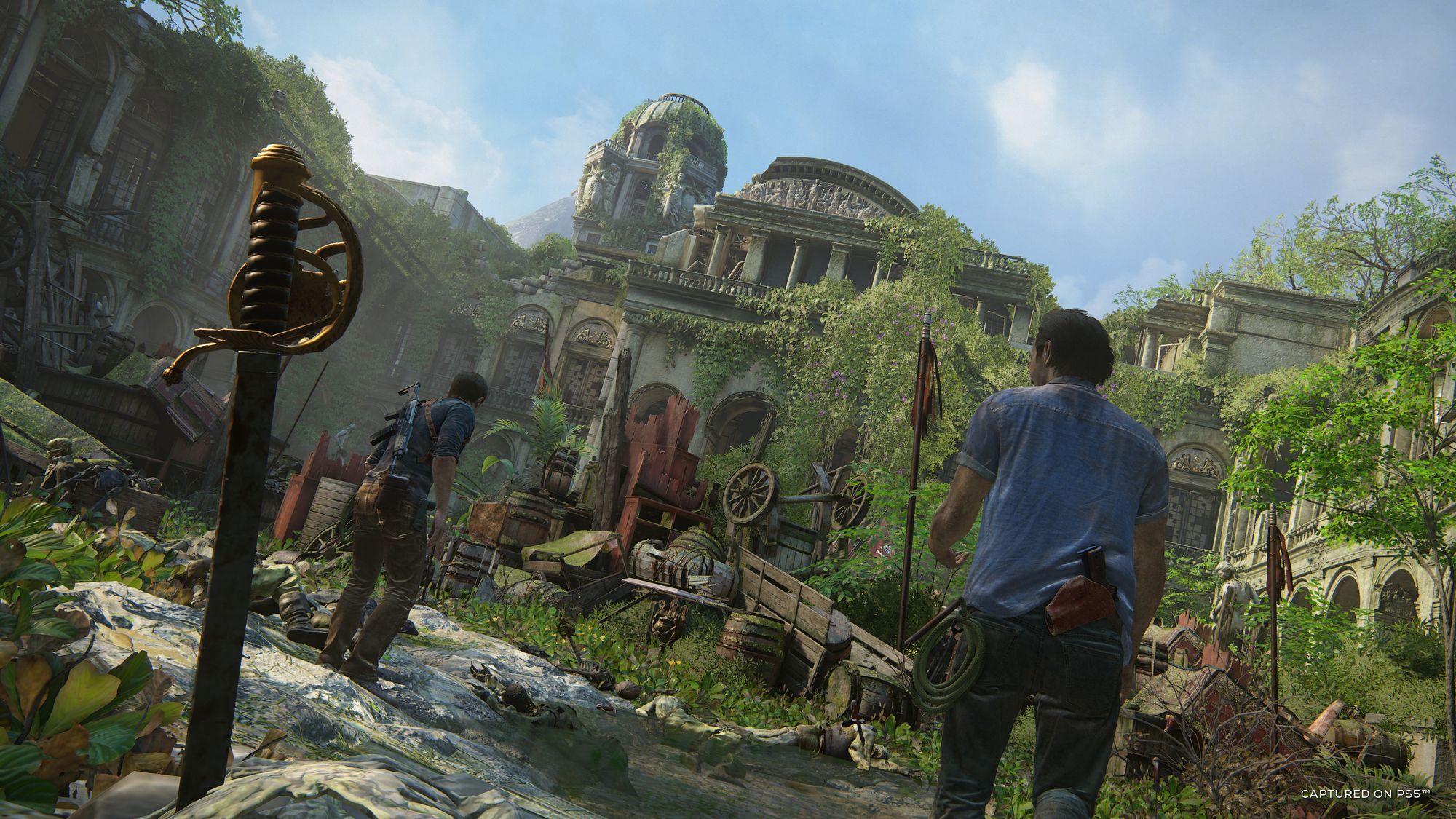 Readers discuss their favourite fictional video game worlds, from the land of Hyrule to the infinite space of Mass Effect.

The subject for this week’s Hot Topic was suggested by reader Scooter, who asked which fictional world do you enjoy coming back to the most and why? How much does the backstory and lore matter to you and what else would you like to see done in the same universe?

Unsurprisingly, most of the suggestions came from long-running franchises, but interestingly a lot of the choices were ones with attractive landscapes that would be perfect for holidaying in – as well as just fighting bad guys.

Don’t mind the pirates
The Uncharted universe is my favourite place to escape to in gaming. It’s virtual tourism with the added bonus of going to long lost legendary locations like Shambahla.

Granted it’s a pretty dangerous hang out with plenty of pirates and mercenaries ready to kill you, but at least you can say things are never dull!

My favourite part of it is the company as I love spending time with Nate and co.

Uncharted’s creator Amy Henning herself referred to the series as ‘adventure comfort food’, which is the perfect description of it for me, as the games are my happy place.
LastYearsModel

Political world
Favourite game universe? A shout out needs to go to the Legend Of Heroes franchise. I’ve only played the three Trails In The Sky games and yet their lore could fill an encyclopaedia.

What I liked about Trails In The Sky was that even though the story is pretty epic, you don’t feel like it’s the only thing going on in the world. You feel like you’re just part of one kingdom and that there are plenty of other political events happening across the borders. If you pay enough attention, you can stitch all the stories together: Trails In The Sky, Trails Of Cold Steel, Trails From Zero.
Owen Pile (NongWen – PSN ID)

Enter the Marioverse
This is very easily the Mario universe for me. Or Marioverse, if you will. Especially in spin-offs like Thousand-Year Door and Bowser’s Inside Story. Although, if Super Mario Odyssey is anything to go by, the Mushroom Kingdom itself is quite small… or does Peach rule everything except for Bowser’s kingdom? That can’t be right, surely? I’m sorry I called you Shirley just now.

But yeah, going to New Donk City or watching a match at the Glitz Pit – enjoying the ideal Christmas holiday in Snowman Land or going on the Excess Express… plus, so may more enticing locations! Man, I would actually want to live there!

And because it’s so big now, and Mario has been going on for so long, I just don’t think any other game series can hope to outdo it as a setting. I just don’t see how that could even be possible…
DMR

Guns in the sun
This will be a favourite for me for sure, I just love exploring a well-designed game world and am keen to see what other people think.

My current favourite is Far Cry 6, with the lush landscapes, deep caves, shimmering beaches, and numerous military instillations. Lovely sunsets too and the bonkers weapons thrown in are the icing on the cake. Far Cry 5 was excellent too, Ubisoft do seem to have that side of things nailed down in my opinion. Just need to find a way to make their games less repetitive now.
Gastón

Humming the theme tune
For me it will always be Hyrule from The Legend Of Zelda. Obviously a part of it is that they’re always amazing games but there’s something very special about getting out onto Hyrule Field, no matter what game it is. When the music swells, even when it’s jus a whisper like in Breath Of The Wild, the elation even if you’re not even doing anything at the time is just indiscernible.

It’s not just because the particular game you’re playing is good but the weight of nostalgia for all the great one before it and the certainty that, while some are better or worse than others, they never really disappoint.

I also love that Hyrule is often very different in each game, just like Link and Zelda and the other characters are. There are certain landmarks that are almost always there, but they always look different, are in different places, and are surrounded by many unique locations. Hyrule is like the dream of the perfect playground for an adventure and it never disappoints. Can’t wait for Breath Of The Wild 2!
Focus

Adapted universe
I’m by no means a comic book guy but I really like the Arkham universe which Rocksteady created. Across all the games I think the stories, villains, and the world they created is spectacular and it was always a joy to explore and find all the hidden Easter eggs.

Not being a reader of the comics I also appreciated the effort they made to do character bios which I enjoyed reading and learning about. I hope they put as much care and attention into The Suicide Squad game they’re making.
Angry_Kurt (Twitter)
Now playing: Pokémon Legends: Arceus (Switch), Dark Souls Remastered (Switch), and Guardians Of The Galaxy (Xbox Series X)

I could literally live in this universe and live out classic ‘90s science fiction TV series like the awe-inspiring Star Trek shows like The Next Generation, Deep Space Nine, and Voyager, with Babylon 5 and Stargate SG1 also joining these sci-fi marvels.

The Mass Effect space opera reminded me more of the classic ‘90s TV than the movies from those decades. The reason is the variety of quest lines and the long, detailed conversations you have with the crew and other life forms in the game’s universe.

The graphics and music along with the voice acting completes this favourite series of mine. The space stations and the planets’ landscapes just feel so tangible and mysterious and epic. Exploring the cities and alien moons with alien architecture galore and then continuing your exploration of the galaxy, whilst maintaining your own starship and keeping your crew happy, are all big wow moments and will always remain in my memories for as long as I live.

I’ll stop now as too many of these very emotional intergalactic events are coming back to me now and I am feeling the urge this very moment to take my position on the ship’s bridge, and to mimic Captain Jean-Luc Picard and making it so by saying, ‘Engage Warp Engines and take her out’ or something to that effect!
Alucard