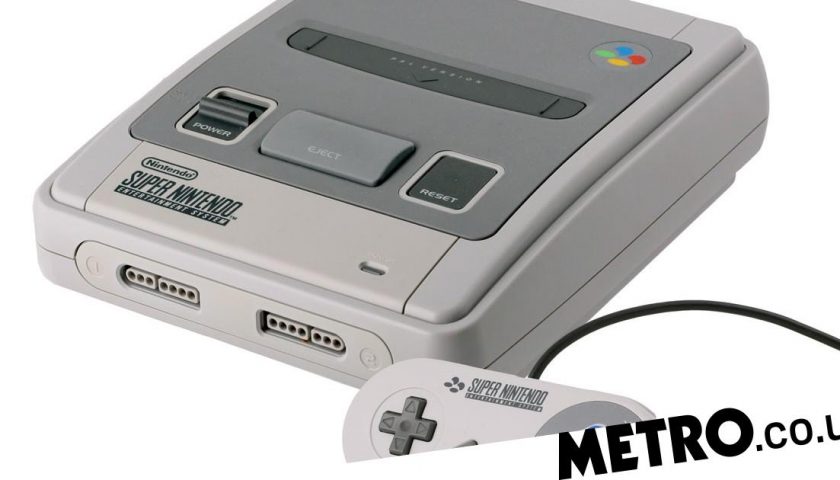 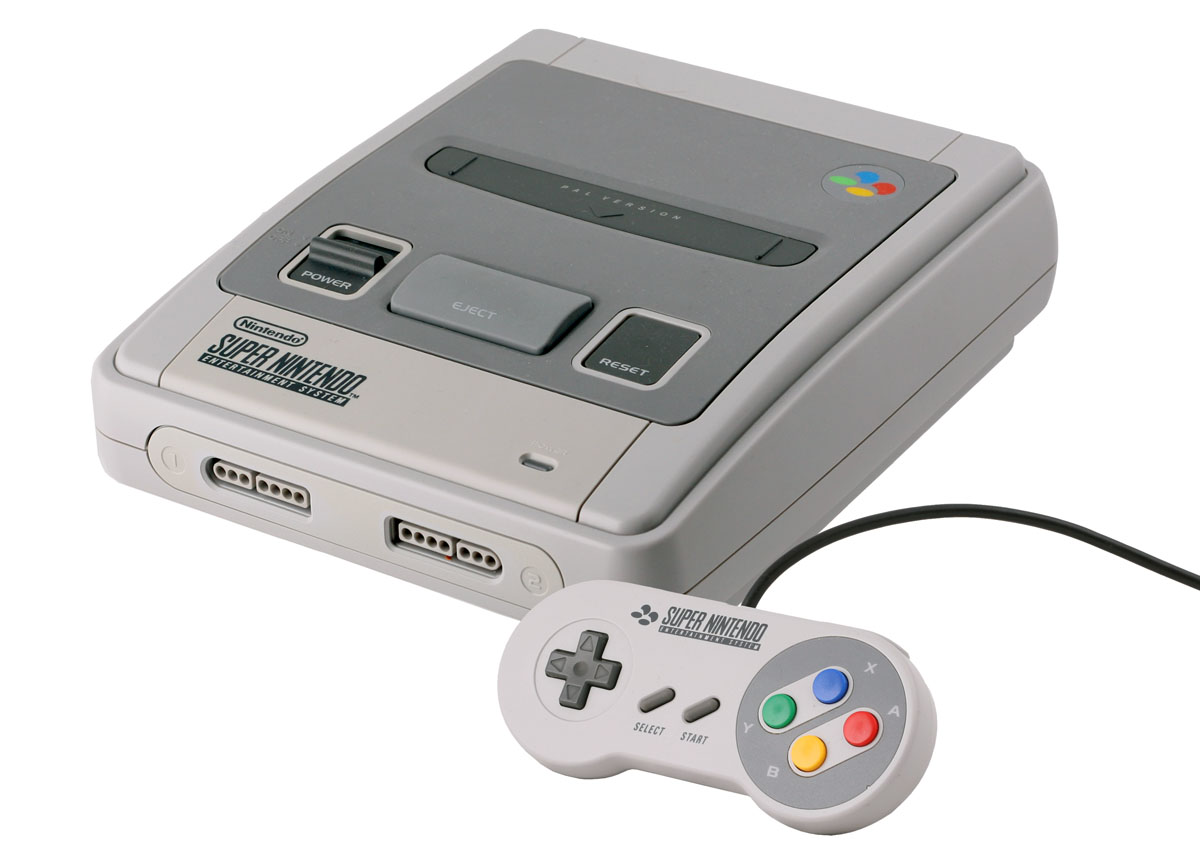 Readers discuss the best consoles and computers of yesteryear, from the Amiga 500 to the Sega Dreamcast.

The subject for this week’s Hot Topic was suggested by reader Xane and assumed that retro means anything up to and including the Xbox 360 era. Any kind of gaming device counted, including consoles (both home and portable), home computers, and older PCs.

There were plenty of obvious suggestions but what was surprising is that the SNES was by far the most popular, with the Mega Drive barely being mentioned – which is the opposite of how UK sales went back in the day.

16-bit choice
The SNES will probably always be my all-time favourite console. The first system I owned was Sega Master System and it was great, but I bought the gaming magazines at the time and read about the Super Famicom and saw the screenshots of Final Fight and I wanted it based on that.

I was about 12 years old and friends of mine had Mega Drives, another excellent console, but I couldn’t afford multiple consoles on my pocket money and paper round income, so held out and saved up my money and I never regretted it.

It was an amazing looking arcade port (compared to the 8-bit Double Dragon, etc.) that lured me in but SNES was my introduction to Mario, Zelda, F-Zero, Star Fox (Starwing), Pilotwings… all great first party games.

Third party support was also amazing, for me Konami and Capcom were absolutely superb and rarely put a foot wrong with any of their games but there were plenty of others. (THQ and Jaleco games were usually rubbish though.)

To me the SNES felt like having an arcade machine through my parents’ telly and it was wonderful.
John

The special one
PlayStation 2 for my favourite retro format. It’s for purely sentimental reasons, as it was when playing on it that gaming became a real passion of mine. This was due to suddenly becoming disabled and unable to do a lot of the physical activities I used to enjoy, but I could still find joy and escapism in gaming.

Most of the games I still want to play, e.g. Resident Evil 4, Devil May Cry are available on newer formats now, but I still have a PlayStation 2 Slim amongst my other newer consoles as the PlayStation 2 will always have a very special place in my heart and my game collection.

I’d also like to give some love to the Game Boy Advance SP, which I still regularly play on now and the PlayStation 3 for giving me the Uncharted series.
LastYearsModel

Nostalgia is a factor
I enjoyed reading other readers’ comments on Impossible Mission and Jeff Minter recently, so no one will be surprised when I reveal that the Commodore 64 is my favourite retro format of all time. I even have the VIC-20 limited edition version of TheC64 (full size) which features the aforementioned Impossible Mission and various Jeff Minter games.

Paradroid by Andrew Braybrook is also included and this is one of my favourite games ever. The fact that the games load so much quicker and you can have different save states is the icing on the cake. Not a sign of any patches or microtransactions either!

Nostalgia is definitely a major part of why I like the Commodore 64 so much. Obviously, plenty of great games helps but so does the remembrance of simpler times when the only thing I had to worry about was getting my homework in on time!

I’m also looking forward to seeing how well the new Amiga Mini is received. I’m not sure a gamepad suits it, as I can’t help but feel a joystick would be better and more authentic. However, I believe the joystick from TheC64 is compatible so I may well be tempted to buy one in the future.
Thelric

Eternal console
Favourite retro format can only really be the SNES for me. It’s not the only one that has the required quality and quantity of games but it’s the only one with so many games that would comfortably still fit into any top five or 10 all-time greats. Zelda: A Link To The Past, Super Mario World, Yoshi’s Island, Super Metroid, Chrono Trigger, Final Fantast 6, Street Fighter 2 Turbo, maybe even Super Mario Kart, and I’m sure much more, all likely hold up better than a lot of the most lauded games of the three generations that followed.

The N64 holds a special place for me but that’s mainly due to contemporaneous impact (an important factor but one which I think is trumped by timelessness), and the Xbox 360 is probably the platform that I spent most of my gaming time on, but it feels more recent than it actually is, as so many of its best games have regularly been refined and surpassed by modern equivalents.

For SNES, though, it can’t even just be dismissed as nostalgia as I didn’t play some of its classics till years later. In fact, I only properly played Super Metroid in 2019 when the Nintendo Switch Online service launched, and it definitely still plays very well.
Panda

It’s thinking
The Dreamcast. Which is very retro now. It came out in 1999, didn’t it? People born when it came out over here would be 23 this year! Old enough to have their own kids! Which makes me feel as dry and dusty as Walter Donovan at the end of Indiana Jones and the Last Crusade. He chose… poorly.

But yeah, it was the first console I bought using my own pay and we could all write a few articles on our favourite games for the system. Today, the controller feels very weird, except for Soulcalibur – where no other controller really feels right. And wow, Soulcalibur still looks good! Today! And Ivy’s secondary outfit is the best she has ever looked, my mind cannot be changed on this.

There are still some gems now being gated away by time and antiquity: Skies Of Arcadia, Project Justice, and the Power Stone games. It is a very sad state of affairs that needs to be remedied. You don’t want to know how much Arcadia can set you back for these days – even the GameCube version!

I really miss the Dreamcast’s optimism, its colourful personality that gave us everything from Space Channel 5 and Samba De Amigo to Resident Evil – Code: Veronica and Shenmue. And those adorable visual memory units. I would like to be able to look down at my controller again and see a little chibi version of Kilik waving his staff at me…

Rubber stamped
Best retro format for me, although not the most accomplished, has to be the Atari Lynx. This system had some really good games and ahead of their time: Electro Cop, Xenophobe, Gauntlet: The Third Encounter, Stun Runner, Blue Lightning, Chip’s Challenge, Toki, Warbirds, Dracula: The Undead, and, of course, Rampart.

The Lynx 2was the epitome of good looking design and it sits in my top three of all time. It’s such a shame that it took all those batteries to power it for just an hour. I do have all the games now on a Raspberry Pi, but I miss the feel of the rubber grips on the underside and also commendations for the leftie option controls. It really is an iconic piece of kit, and it still looks gorgeous to behold.
D Dubya

Prime console
The Super Nintendo is my all-time favourite retro console but I will go with the format which kicked it all off for me and that is the Amiga 500 Plus.

It was my first gaming machine and ran the first games I ever experienced, if I don’t include friends and their machines, which I mainly watched instead of participating.

Cannon Fodder, Turrican, Jim Power In Mutant Planet, and Lotus Esprit Turbo Challenge where some of my favourites. But as I got the Cartoon Classics edition with Lemmings, The Simpsons, and Captain Planet they were my true firsts. Lemmings will forever be awesome and playable even now, the others not so much.

In fact, that is why the SNES is my favourite machine or console. Pretty much every game I got is still very playable and enjoyed even now, if I had the time to play them. But the earlier Amiga and Commodore 64 titles have only a few playable ones. The earlier you go the less playable, in my eyes.

Saying that, the Amiga with the Monkey Island series and the other point ‘n’ click games have nearly all been gloriously updated for today’s modern devices. But the game loading and the disc collection was part of a golden era now gone but never forgotten.

The Amiga was added to my original hobby interests including tabletop role-playing. This machine added some more fun in my younger days, along with the Fighting Fantasy and Way of the Tiger adventure book series. I could not go back to the Amiga like the SNES, but boy it was an absolute belter of a games machine at the time.
Alucard