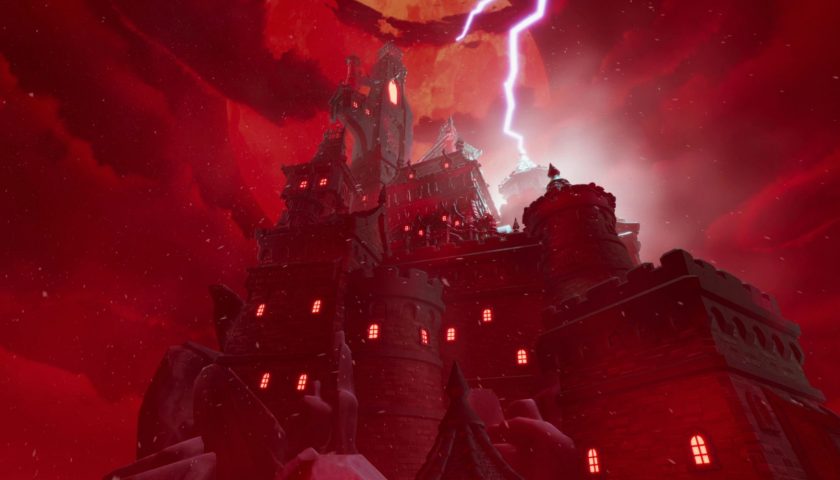 Total Mayhem Games, developers of We Were Here, has managed to deliver bigger and better experiences with each new title in its co-op escape room series. The fourth installment, We Were Here Forever, launches next month and represents the studio’s greatest effort to date. More than twice the length of the previous entry, We Were Here Together, We Were Here Forever promises more puzzles, bigger awe-inspiring moments, and more development to the story of the King of Castle Rock and his seemingly malevolent court jester. I played through one of the fourquel’s puzzles at PAX East 2022, and it was immediately apparent how much the dev team has stepped up its game to deliver the most impressive entry yet.

If you haven’t played We Were Here, the premise is simple: a pair of adventurers enter a mysterious castle to seek refuge from a snowstorm and are immediately separated from each other. Using a radio to communicate, you and your partner navigate through a series of increasingly complicated escape rooms, trade information to solve puzzles, and uncover the mysteries of Castle Rock. It’s a unique puzzle room experience that requires strong communication skills, as well as visuo-spatial mental imagery, quick problem solving, and a stomach for horror.

Each game in the series has roughly doubled in length, presumably budget, and certainly quality, from the 90 minute We Were Here, to the three hour We Were Here Too, to the six hour We Were Here Together. The newest, We Were Here Forever, is expected to take 12-15 hours to complete and will take players through Castle Rock and out into the surrounding town of Rockbury, its graveyard, and foundry. The length may come as a surprise to series fans. Past games have always been short and concise, never overstaying their welcome or becoming bloated with low-quality puzzles. We Were Here Forever will need to deliver much more than ever before. Fortunately, from what I’ve played so far, Total Mayhem Games is definitely up to the task.

While I only got to see one puzzle, it was clear We Were Here Forever has a lot more production value than its predecessors. The puzzle involved my partner and I navigating through a dreamy, circus-themed world of floating platforms that defied gravity such that we would need to look up to find each other standing upside down on distant platforms. In the center of each one was a lever that could be used to rotate the platform, which would realign the doors around the out edge and create exits to new platforms. Each of us was unable to see where our doors would lead, so we needed to rely on each other’s guidance to navigate from platform to platform. Each newly discovered platform fit into the total structure like a new plane on a geometric structure until we eventually discover that we were inside an enormous polyhedron.

Eventually, the villainous jester appeared and ripped away one of the platforms that made up a face of the polyhedron. Our size disparity made it apparent that either we were miniaturized or he was somehow enormous. We Were Here has always had a knack for playing with perception and expectation, and that was on full display in this demo.

Speaking with managing director Lucia de Visser after the demo, the team wanted to combine the dark and atmospheric tone of We Were Here Too with the fanciful surrealism of We Were Here Together, creating a perfect balance between the two for We Were Here Together. The demo definitely gave me that impression, and knowing that we’ll eventually make our way through the nearby graveyard and caverns below the castle suggests that the newest entry will be alot more grim than the previous one. De Vissser also said that while we’ll finally get some answers about the core mysteries, fans shouldn’t expect this to be the end of the series.

It’s great to see Total Mayhem Games, which started out as 15 students from a game dev school in Rotterdam, grow and continue to show ambition with the series. I have some concerns about fatigue over the length of the game, especially since I found It Takes Two to be a bit too long at 13 hours, but the series hasn’t let me down yet. You can play We Were Here for free on Steam before We Were Here Forever comes out on PC May 10, with the console launch to follow sometime after.