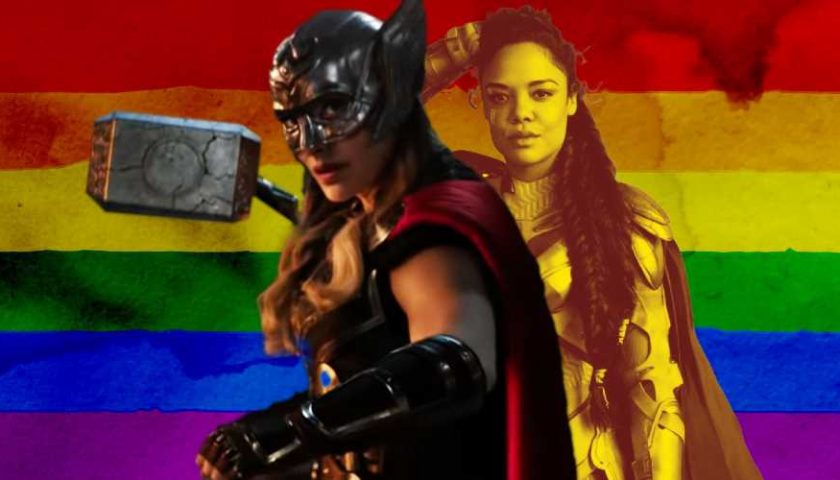 Looking to corporations for meaningful representation is always a mistake. LGBTQ+ people are a market, and appealing to them will remain a temporary pillar of support dictated by profits above all else. Our existence can be brushed away to appease international audiences while huge companies continue to support damaging legislation that puts our rights on the line. Yet the allure of rainbow capitalism will never cease, at least not until we start paying attention and demand that things change for the better, or look for queer stories elsewhere from smaller, more marginalised creators who actually have something to say.

Disney is improving, I’ll give it that. It has owned up to awkward mistakes and refused to censor Eternals and Lightyear despite several markets outright refusing to show the films if such alterations weren’t made. It’s making a statement, putting the presence of queer characters above profits for the first time in its history. The House of Mouse has to start somewhere, even if it refuses to comment on its own history and how representation has always felt like an afterthought invented to encourage headlines and discussion instead of actually pushing us forward.

This happened with Loki, Avengers Endgame, Finding Dory, Star Wars: The Rise of Skywalker, and several others I’m probably failing to mention because they were little more than passing glimpses of disparate romance. Queer people are often expected to sing and dance at a piece of representation that is surface deep and has nothing to say, and I’ve lost count of how many articles I’ve read that empathise the existence of a cinematic universe’s ‘first queer character’ only to have them treated like marketing stunt instead of an actual person with thoughts, feelings, and a story worth telling if corporations weren’t so afraid.

Now along comes Thor: Love & Thunder, the latest blockbuster from Taika Waititi and Chris Hemsworth that seeks to build upon the soft reboot of Ragnarok. Ever since its first trailer, queer audiences have been hoping that the film would break the usual curse, and actually have the stones to include LGBTQ+ characters and themes that aren’t confined to supporting roles or passing references. The stage was set, even more so with Waititi coming off a project like Our Flag Means Death that is so unapolegetic in its queer identity. Not to mention Tessa Thompson touting that bisexuality was a “big topic of conversation” when making the film. The cast and crew clearly want to make progress, yet I imagine the corporate overlords above them have prevented that vision from becoming whole.

Reviews of the film from queer critics certainly seem to suggest that, with many reacting to a TikTok featuring Taiki Waititi and Natalie Portman from the film’s premiere which goes onto to describe it as ‘So Gay’ when the reality is far more subdued. Small spoilers, but below I’ve listed all the points of queer representation seen throughout the movie:

That’s about it, so it’s easy to see why queer fans are a little miffed that the film’s creators have been out there talking up the LGBTQ+ representation when it isn’t really a massive part of the experience. Coming off the back of Our Flag Means Death, which is super-duper fruity and doesn’t care who knows it, I’d understand if fans are excited to see Waititi unleash this same attitude onto the MCU. But that isn’t the case, so it’s time to temper your expectations and stop letting Marvel continue to queerbait us into disappointment. 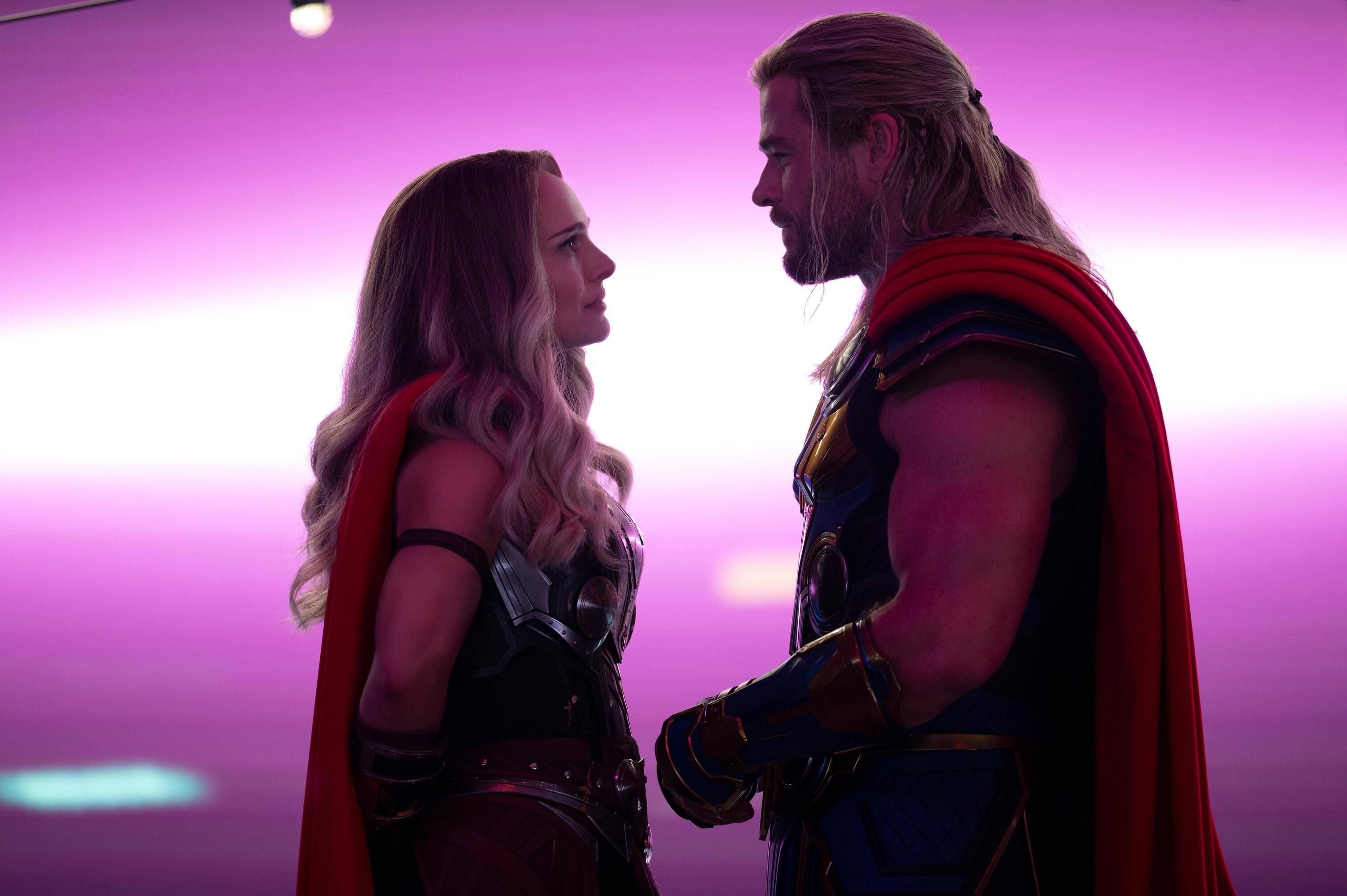 It keeps happening, and the bare minimum will often be done in order to minimise backlash from a vocal minority and continue appeasing international audiences where so much of the box office profit is made. A cheeky kiss on the knuckle or same-sex parents are good to go, but I’ve given up hope of major blockbusters like this ever dedicating themselves to a queer main character who is confident in their identity and unafraid of express it. There is too much risk, and those calling the shots seem less and less likely to greenlight such a thing. It sucks, but we’ve been through the ringer so many times now that we should honestly know better.

The landscape is somewhat different on the smaller screen, with Disney shows like The Owl House and Amphibia featuring queer main characters without compromise who are often given the agency to embrace who they are whether it be through personal struggles or canonical queer romances. Yet even these are hamstrung by ‘not fitting the Disney brand’ and are subject to cancellation before reaching their full potential. Even as the world becomes more accepting and mainstream media becomes eager to explore queer storytelling, we still have it rough and expect so much from those who just don’t care. 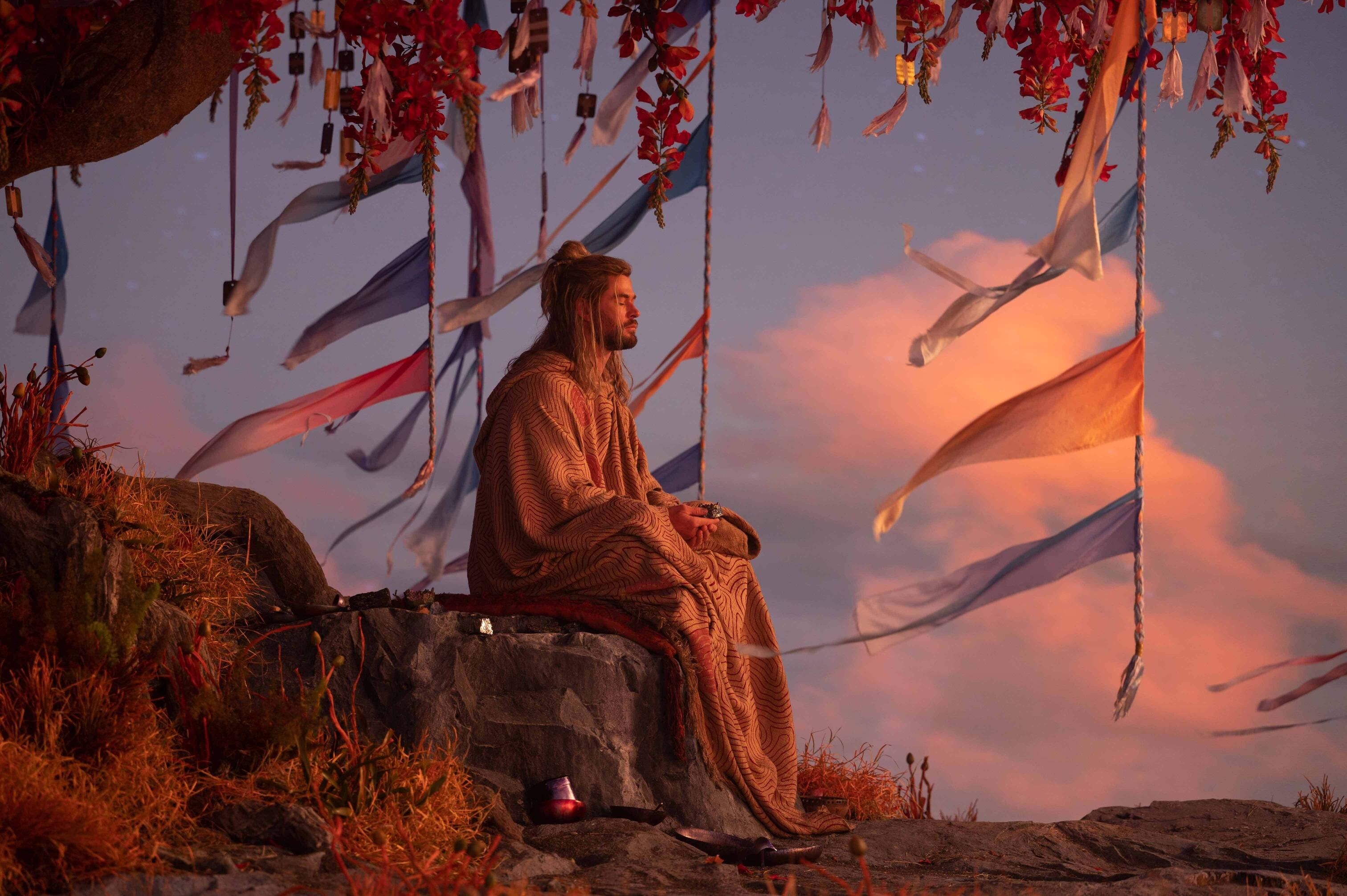 Seek out lesser known shows, games, films, webcomics or whatever else made by queer creators for a queer audience with an understanding of how it feels to inhabit that existence. Those will always be the most important steps forward, not a wink and a nod in the next Marvel juggernaut. Valkyrie is bisexual, that’s good to know, but we’ll have to connect the dots ourselves about how that defines her character because the film sure doesn’t care. Queer creators are hard at work on these films and shows, that much is clear, but they don’t have final say, and are often fighting for something that might never see the light of the day.

I empathise with the desire to see massive products like this champion LGBTQ+ representation, and to use their platform for good instead of stifling our voices in fear of potential retribution from global governments and toxic online assholes. But I’m done with companies like Marvel tapping itself on the back time and time again for taking the first step in a race when it has no intention of crossing the finish line. We deserve better.