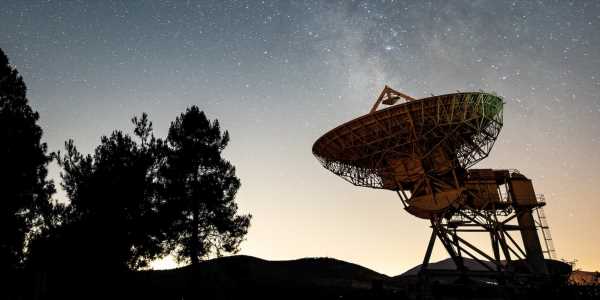 A report yesterday in the Washington Post feels like a turning point in how we view Russia’s cyber offensive against Ukraine over the past month.

The report by Ellen Nakashima reveals that U.S. intelligence has, in fact, attributed a late February cyberattack against European satellite internet services to Russia. The attack is believed to have had an impact in the war, as it caused a disruption to communications for the Ukrainian military starting February 24, the day of Russia’s invasion, Nakashima reported.

In other words, it appears to be an indisputable act of cyberwar by Russia against Ukraine — the most serious in this conflict that has yet been reported.

But an emphasis should be placed on “yet”: There’s much we still don’t know. And that we may never know.

The role of Russia’s military in the ViaSat outage only came to light through a series of journalistic efforts — a team at Reuters had previously reported that western intelligence agencies, including the NSA, were investigating the cyberattack. The details of what happened did not come through a statement from Ukraine’s government or military.

VentureBeat has written about the reasons why Ukraine may not be interested in disclosing details on the most damaging cyberattacks right now. But a recent New York Times essay by Johns Hopkins University professor Thomas Rid — “Why You Haven’t Heard About the Secret Cyberwar in Ukraine” — articulates the issue clearly.

“The Ukrainian security establishment, of course, has no interest in revealing the details of what might be a successful command-and-control attack in the middle of an existential war,” Rid writes, referring to why Ukraine has not said much about the Viasat cyberattack.

Put even more succinctly, disclosure of Russia’s big wins in cyberspace is not a top priority for Ukraine. It’s understandable, given what Ukraine is in the middle of right now. But it also forces us to recognize we’re working with incomplete information when we assess the cyber situation in Ukraine.

The bottom line is that Russia’s cyberwarfare efforts may be more extensive than we realize. Statements by Microsoft and Amazon about cyberattacks with humanitarian implications — none of which have been publicly disclosed by Ukraine — seem to support this notion, as well.

Has Russia delivered fewer and less-severe cyberattacks against Ukraine than it could have? Probably. But do we really know the extent of what has happened on the cyber battlefield in this conflict? We do not.

And ultimately, we may never know. If Ukraine’s government and military hold the information about the cyberattacks that it has faced during this war, those institutions will presumably need to survive in order for that information to ever be disclosed. We hope that they will survive, of course — and for some much more important reasons than a wish to learn the details of what is potentially the first major cyberwar.