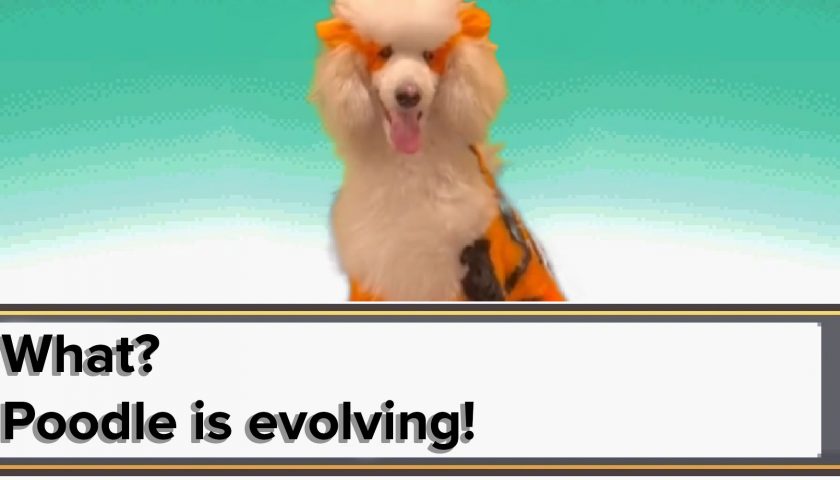 Let's be honest, we've all wished Pokemon were real at some point. Some of us still do. Well, thanks to a very talented dog groomer, Arcanine has been brought to life! Gabriel Feitosa, an award-winning dog groomer based in San Diego playfully touched a Fire Stone to a poodle and evolved it into the legendary dog we all know and love.

Spotted by Gamesradar, Feitosa used his own poodle puppy Edea as his canvas. A creative cut and some orange and black dye worked wonders in turning the pooch into a legendary, fire-breathing beast.

In the TikTok, Feitosa uses some special effects to create the illusion of evolution, and then proceeds to play with Edea and a Pokeball. They also showed a very brief clip of Edea as an even younger puppy, this time dyed like a Growlithe, before comparing what the evolved pup looks like now.

One commenter was surprised they didn't go for a Furfrou cut, the Pokemon clearly inspired by French poodles, but Feitosa replied, "Because Arcanines are much cooler 🔥🔥🔥" They're not wrong there.

Another wrote that their nine year old grandaughter now wants her very own Pokepup. Hopefully our dreams will come true and Pokemon will be real someday.

One commenter wrote that despite how cute the cut looks, they "can’t help but feel like it’s kinda cruel." Feitosa states that all dyes used were vegan, non-toxic, and developed for pets.

Feitosa also shared another TikTok which shows Edea playing with other puppers at the park in a bid to assuage worries that "creative grooming" affects socialisation. The other dogs barely seem to notice the fact that Edea is bright orange. They'd maybe stay away if she could actually breathe fire though.