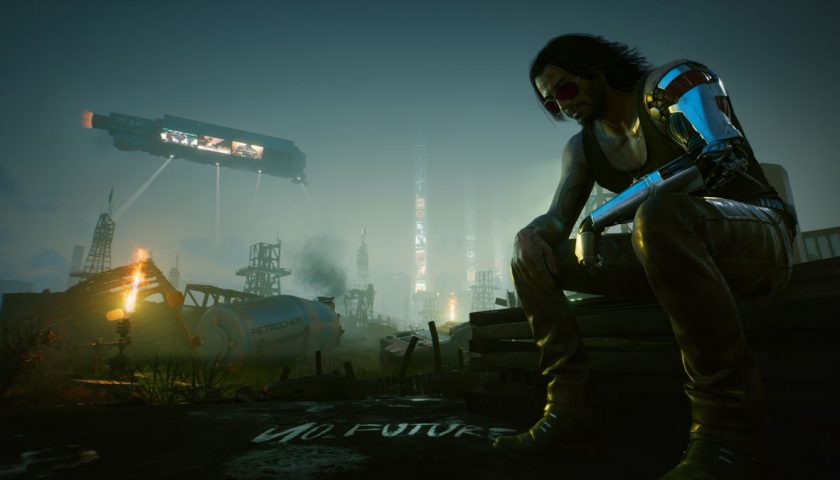 The footage shows the player walking around Night City and engaging in some gun fights, showing off the various features available in Cyberpunk that have been transferred into VR.

Ross has created a few other VR mods for PC games in the past, most notably for Grand Theft Auto V and Red Dead Redemption 2. These mods still used a gamepad for movement and general controls, not offering complete VR motion controls, however they did support full VR head tracking that could be used for movement and aiming via your dominant eye.

The upcoming Cyberpunk 2077 mod will follow suite, offering a very similar control scheme that merges gamepad controls with VR head tracking. You can see how it works in the video embedded above, which features five minutes of new gameplay using Ross’ upcoming mod for the PC version of Cyberpunk 2077.

As you can see in the footage, it looks like a remarkably good translation, on par with Ross’ other conversions in the last few years. The mod was announced last year, originally aiming for a January 2022 release. Having missed that window, we can expect a release at some point in the near future, available exclusively on his Patreon.

On his Patreon page, Ross gave some more details about performance and options for the mod, stating that the former was “unexpectedly” good. The video above was captured using Core i9-9900K and RTX 3090 at 2700×2700 resolution. As you can see on the UI, the FPS hovers around 60-65 for the video, but Ross says when not recording he gets a stable 80-90fps.

Ross also says he’s found the best way of playing in VR is to “keep most graphics options on low with no DLSS” which gives you a high level of clarity and detail that he call “astounding”. While you can enable the Ultra settings, along with raytracing, Ross’ opinion is that this looks good in screenshots but “actually makes for a hazier view in VR.”

You can read more details over on Ross’ Patreon page. There’s no set release date just yet, but we should find out more soon. With Cyberpunk’s recent 1.5 update improving performance and fixing many bugs, there’s never been a better for the mod to release either.

Will you be checking out Luke Ross’ Cyberpunk 2077 VR mod? Let us know what you think in the comments.