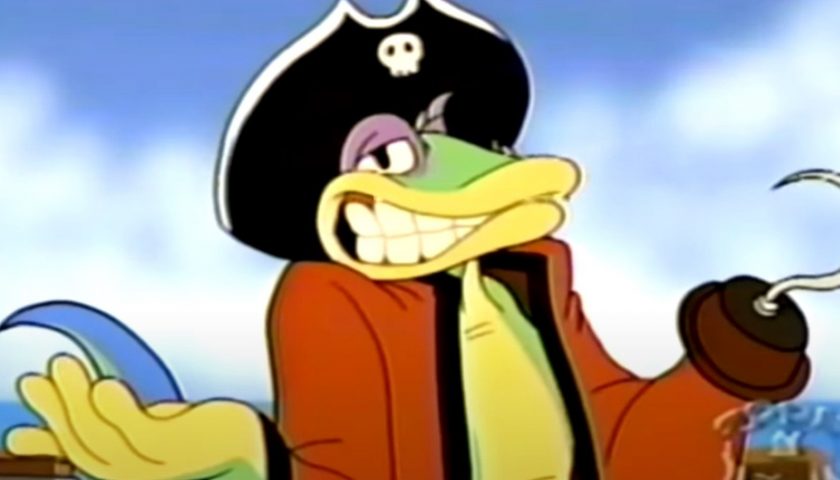 Is 2022 the year of Gex? Well, probably not. After Square Enix took the time to renew the Gex trademark in both Japan and Europe, it turns out that was likely to ensure their property rights in preparation to sell Crystal Dynamics to Embracer Group. And since Embracer didn't really mention Gex amongst all the other IPs it obtained from the sale, it seems unlikely that Embracer will bring Gex back from the dead.

Still, we can always dream of what might have been. One enterprising YouTuber has taken Gex and reimagined the wisecracking Gecko as the star of his own Saturday morning cartoon series.

"Join Gex and Agent Xtra as they solve international mysteries and put away some very bad chaps," wrote FlinninDingDong in the video description. "Weekends at 9am/8c only on Toon Disney."

FlinninDingDong has a habit of making videos about some very old game franchises. Here's one of Perfect Dark agent Joanna Dark entering Area 51, and here's the ending of the Sonic film but in the same style as the '90s Sonic cartoon series. It seems like that last video might have provided inspiration for Gex’s own hypothetical cartoon series.

In case you weren't around in the mid-to-late '90s, or you never owned a 3DO, Gex was Crystal Dynamics' platformer starring a television-obsessed wise-ass gecko. Voiced by comedian Dana Gould, Gex would face off against the evil Rez for control of the media dimension, which explains why Gex is magically transported from genre to genre in his '90s cartoon.

It sounds like FlinninDingDong took audio from the games and then spliced it into their own home-grown animation, and it really works! If only Gex was around a decade or two later than we might have actually seen an animated adaptation, although it'd be far more likely to have been on something like Netflix.

We've only just found out that Gex almost got a fourth game aimed at children. A Gex Jr. demo has leaked online showing a younger version of Gex (or possibly Gex's son) leaping his way through a single level that's obviously intended for children. The game was apparently canceled before progressing past the demo stage.