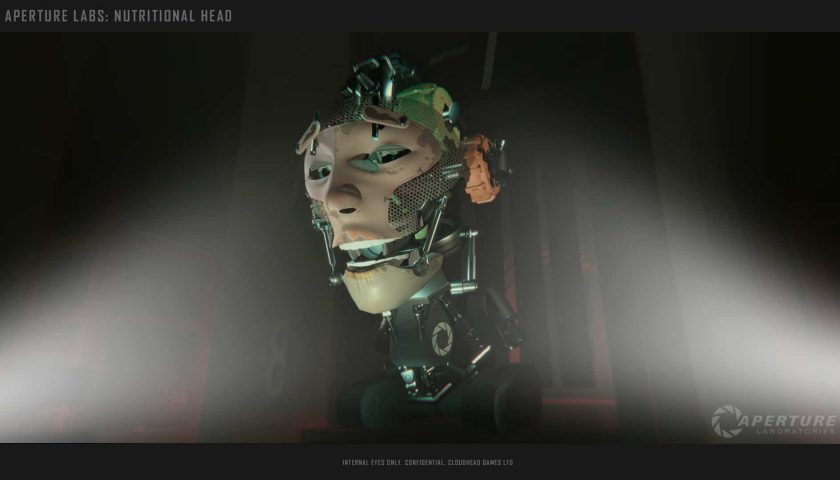 Cloudhead Games posted a video on its YouTube account showing a full playthrough of an alternate ending for Aperture Hand Lab.

Aperture Hand Lab launched in 2019 as an on-boarding experience for Valve’s new VR controllers. It was a collaboration between Valve Software and Cloudhead Games, the latter of which had been reaching out to companies to talk about building a VR project in the years leading up to Hand Lab’s release.

Pre-Hand Lab, Cloudhead’s pitches for VR experiences didn’t seem to land with many of the large companies they were talking to. However, Valve was the exception and Cloudhead was brought on board to develop what would became Aperture Hand Lab. This week, almost two years after it’s release, Cloudhead CEO Denny Unger said the company had got permission from Valve to post a video of this unfinished, alternate ending to the game.

The alternate ending is called Nutritional Information and involves handling different types of food and placing them into a “ballistic feeding device” as ammunition. You then use the device to shoot food into the mouth of a creepy giant animatronic face. Each of the foods has different requirements that use the Index controllers in different ways — walnuts need to be crushed in your hand, eggs need to be delicately handled to be delivered whole and the lemons need to be squeezed directly into the ballistic device.

There’s even a nice reference to the infamous cake from the Portal series, when the user has to open some cake mix and pour it into the ballistic device so that they can shoot cakes at the giant face.

A lot of the assets in Nutritional Information are incomplete as the ending was abandoned and never finished, but it was still clearly enough of the way through development to be shared with the world in video form two years later.

You can read more about the development of Aperture Hand Lab here.