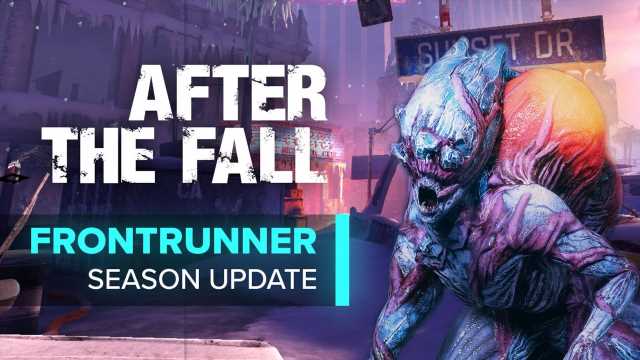 We’ve got an exclusive first look at what’s coming to After The Fall as part of the game’s first season of content.

The Frontrunner season promises to bring a host of new updates to the zombie shooter, which launched on Quest 2, PC VR and PSVR in late 2021. We already knew the season would deliver a Horde Mode, new maps and a new enemy type, but developer Vertigo Games gives us a closer look at all of these elements in the video below.

After The Fall Frontrunner Season Revealed In Full

Arguably the biggest addition to the game this season is the Horde Mode, which will let up to four players take on waves of snowbreed hordes and survive for as long as they can. You’ll be able to use your own weapons from Harvest Runs, and play on two starting maps – Junction and Highway.

Horde Mode is planned for a February launch as is a brand new weapon, the Revolver.

A new Harvest Run, meanwhile is touching down in March, taking us to Hollywood. Also due next month is a new type of Snowbreeder, the Skimmer. We’ll even see another weapon added to the game (it looks like a Light Machine Gun) and new avatar customization options that let you choose outfits for masked avatars. The final addition for March will be a new PvP map, Stockpile, which also comes with a free-for-all mode and harvest rewards for performing well.

April, meanwhile, will bring a new wrist-mounted power device, though there’s no hints as to how that will work for now.

We thought After The Fall offered fun co-op action when it launched last year, but noted the game would need a lot more content before it truly lived up to its full potential. The Frontrunner season definitely seems to be a step in the right direction, then, and we look forward to seeing what else is in store for the game.

Are you going to be checking out After The Fall’s Frontrunner season? Let us know in the comments below!