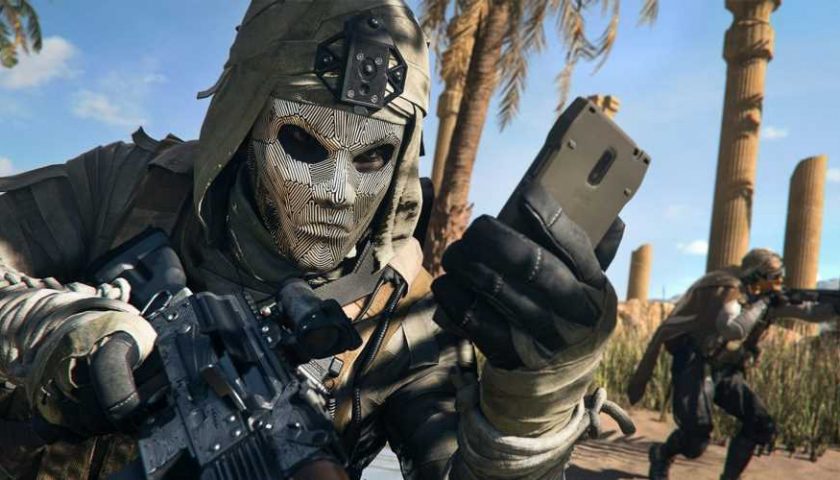 Warzone 2.0 has launched and many of you reading this will have already logged multiple hours into the free-to-play Call of Duty sequel. You will have also likely experienced proximity chat, a new feature added to Warzone 2.0 that has the player base split less than 24 hours after launch.

As the name of the new feature implies, proximity chat kicks in when you come within a certain distance of an enemy. Exactly how close you need to be remains unclear, but once you're near enough to each other, if your mics are on then you'll be able to speak to and hear one another. What people decide to do at that point ultimately depends on the confidence you have, and the reasons why the feature has people so split have already been made clear by Kotaku.

Streamers who jumped onto Warzone 2.0 as soon as it launched on Wednesday have been having a lot of fun with proximity chat. Timthetatman, engaged in a back-and-forth with a nearby player, told them to “peep the head” and then proceeded to drop them with a headshot when they obliged. Faze Clan's ZooMaa has also shared a clip of him and a rival player goading each other out into the open for a chaotic firefight that ended in tears, both happy and sad.

Although the two examples above paint Warzone's proximity chat in an amusing light, there are also some pretty big pitfalls depending on the player. Shockingly, some people don't want to have profanity-filled rants aimed at them from a stranger while they play a game. The good news in that regard is you can turn off proximity chat in Warzone's settings.

Whether you're trying to get close enough to enemies so that you can talk them out of a hiding spot or not, there will be plenty to discover on the new Warzone map. Before the game had even launched, a replica of the original Modern Warfare 2's Quarry map was discovered in the game. As for Activision, the studio behind Warzone, its potential future parent company Microsoft has vowed to publish annual sexual harassment reports following an investigation into the Call of Duty studio.