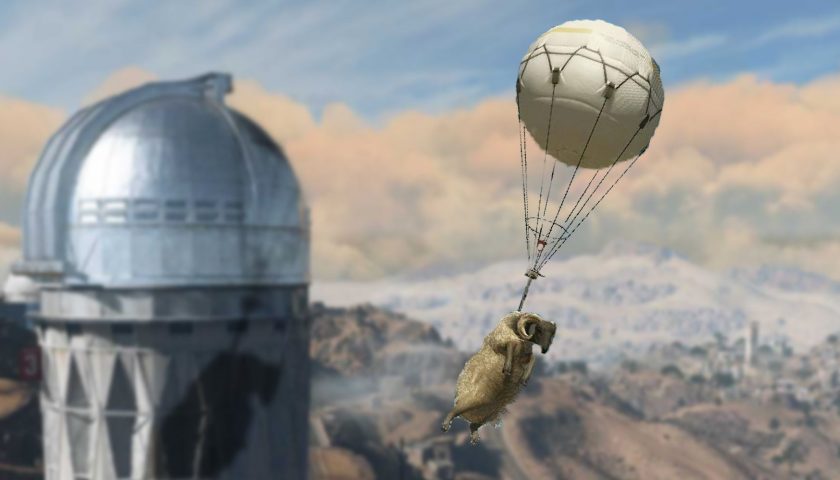 Call of Duty: Warzone 2.0's DMZ mode might be about to take a page out another storied war franchise. According to a recent datamine, DMZ will soon receive extraction balloons just like in Metal Gear Solid 5: The Phantom Pain.

Reddit user Top_Scientist4578 (via Eurogamer) posted their findings in the DMZ subreddit. It lists items at a buy station in Al-Mazrah, and right at the bottom is something labeled "Extraction Balloon." That $2,000 price tag might be a placeholder or it might be the final price of the in-game item, which has an implied use of being able to extract things from the battlefield.

In Metal Gear Solid 5, the Fulton Extraction Balloon infamously allowed the player to extract pretty much anything. That included people, soldiers, animals, cargo containers, or even entire vehicles. This led to more than a few compilation videos of players extracting literally everything on the battlefield. As Eurogamer surmised, it seems unlikely that DMZ will have quite the same versatility or be nearly as cool. DMZ's extraction balloon is likely to be used more like insurance for players, allowing them to secure good weapons or key items to prevent their loss if they die.

For those who still haven't given it a go, Warzone's 2.0 DMZ mode is an extraction-style mission where you jump in, grab loot, and get out, preferably without being murdered by other players. There's a lot in common with Escape from Tarkov, although the gameplay is a little more tuned for Call of Duty and eschews some of the more hardcore realism aspects of Tarkov.

DMZ is still technically in beta, which helps to explain why players found a glitch that allowed them to acquire the maximum potential cash payout in a single mission. The glitch involves finding some cash, dropping your weapon right next to that fat stack of bills, and then positioning yourself so the money is in between you and the weapon. Then pick up the weapon in just the right way and you’ll get $1.3 million in cash–the maximum amount Warzone 2.0 allows.