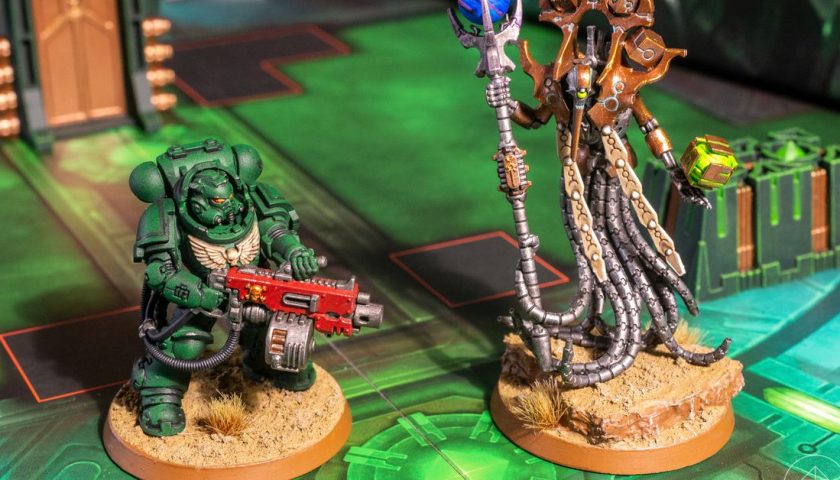 One of Warhammer 40,000’s most divisive series is getting do-over, Games Workshop announced in a news release on Friday.

Set against the stunning success of Warhammer 40,000’s 9th edition and the continued surge in popularity of niche franchises like Adeptus Titanicus and Necromunda, Games Workshop’s Kill Team has been the sick man in the lineup for some time now. On Friday the British company announced an “all-new” version is on the way. Expect details this weekend during a special Twitch stream beginning July 10 at 1:00 p.m. ET.

Compared to the full-fat version of 40K, Kill Team requires only a fraction of the investment — both in time, and treasure — to play. All you need is a small collection of half a dozen miniatures for casual play. Competitive games limit armies to around 15 units, meaning you can begin your journey with just a simple box of infantry.

Kill Team launched with a splashy boxed set, including tons of scenery. But the ruleset itself has not gone over well with the community, which now relies on community-made adaptations throughout the competitive circuit. The latest boxed set, titled Kill Team: Pariah Nexus, almost seemed to narrow the game’s focus and had a lukewarm reception at best. Meanwhile, other companies like Corvus Belli (Infinity), Monster Fight Club (Cyberpunk Red: Combat Zone) and Modiphius (Elder Scrolls: A Call to Arms, Fallout Wasteland Warfare) continue to thrive.

How this new version iterates on the formula is anyone’s guess, but what’s clear is that it will be both grim and dark. In fact, this is the most grisly trailer that I’ve seen for anything 40K in some time — likely evidence of a change in tack for the franchise, which is launching its own subscription-based streaming service called Warhammer Plus this summer.

An expansion for the small unit skirmish game, Warhammer 40,000: Kill Team. It introduces the Primaris Space Marine Heavy Intercessors and the latest incarnation of the Necron Flayed Ones, plus new rules for fighting in interior spaces.