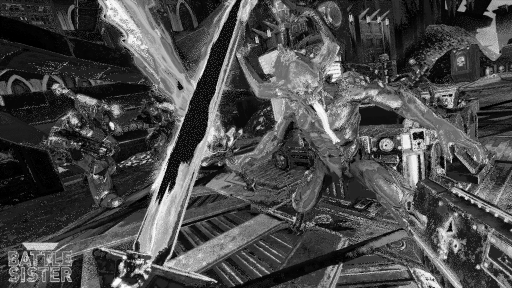 Battle Sister first launched on Quest late last year, when developer Pixel Toys told us it would aim to bring the game to other headsets in 2021. You can check out a trailer for the Rift version below, which boasts improved graphics over the Quest version. The game’s launching with a 20% discount, though it seems the game supports cross-buy so if you already own it on Quest you can nab it for free.

On top of that, Pixel Toys is also launching a brand new map for Horde Mode today, set on a Chaos Space vessel.

The developer says more content is on the way to the game soon. We thought Battle Sister offered simple thrills when it first launched. “Battle Sister offers mostly clean, mostly forgettable fun, then,” we said, giving the game 3/5. “It’d likely feel just as at home played on a screen with a controller in hand as it would in VR, but the chance to peer down the sights of a Bolter or exercise righteous justice with a Power Sword will please many a 40K fan.”

Will you be checking out Battle Sister on Rift? Let us know in the comments below!