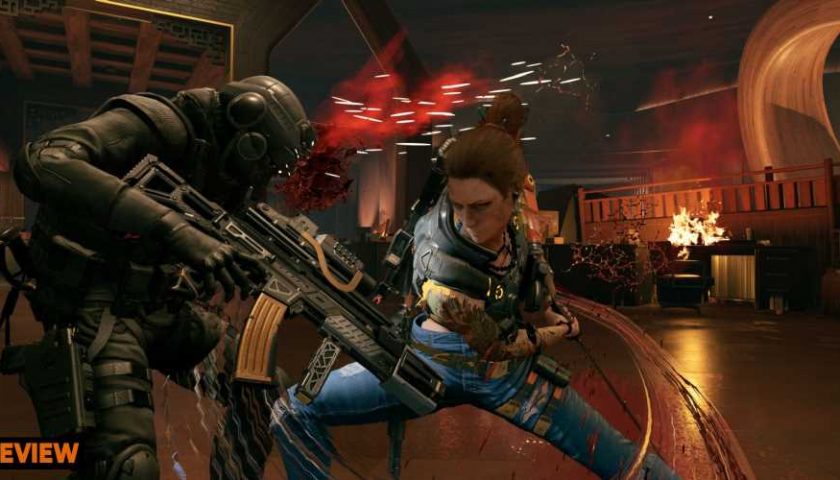 Wanted: Dead is a deceptively hard game to describe. Its creators call it a “triple-A love letter to the sixth generation of consoles,” which isn’t surprising, considering the team is made up of former Ninja Gaiden and Dead or Alive developers. There’s a lot of Ninja Gaiden’s DNA in Wanted: Dead, but I get the sense that it’s calling back to an even earlier time. While it looks and plays like a hack-n-slasher, structurally, it’s actually closer to traditional 2D beat ‘em ups of the arcade era. If you like any of those things, you’ll want to keep an eye out for this game when it arrives next February.

I got very little hands-on time with Wanted: Dead at PAX West last month, but my short play session made me eager for more. Part cover shooter, part spectacle fighter, Wanted: Dead is a gory, cyberpunk brawler that, much like Ninja Gaiden, will push you to master every single encounter, largely by smashing you into a pulp over and over again until you learn the ropes of combat.

Wanted: Dead has only five levels, but the developers at Soleil Ltd. (Samurai Jack: Battle Through Time, Naruto To Boruto) say they still expect players to spend at least 20 hours getting through them all. I’m no slouch when it comes to this genre, but I got my ass thoroughly handed to me throughout the demo, which took place in a high rise office building filled with gun-toting thugs boasting devastating accuracy. I obviously can’t speak too much to the difficulty having only played it for a few minutes, but it seems clear it’s aiming for an old school, if not practically medieval experience.

There’s plenty of games in this genre that combine hack-n-slash with guns, but Wanted: Dead takes that combination to a new extreme. If you want to play it as a cover shooter, you have an arsenal of fully customizable weapons you can use to gun your way through each level. If you want to play it like a slasher, you have a full suite of combos and special attacks you can unleash on your enemies. Of course, the best strategy will likely be finding out how to mix and match both gameplay strategies depending on the situation. For speedrunners and perfectionists, finding the most optimized way to get through each mission will be the big draw here.

The other big draw for casuals like myself is just how damn stylish it is. There are over 50 unique finishing moves you can pull off and each one I saw was more brutal than the last. I gasped out loud the first time I saw my character slice off both of some dude’s arms before flipping behind him and putting a pistol round straight down into the top of his head. The protagonist, Lt. Hannah Stone, is a stone cold killer who dismembers people without prejudice. Wanted: Dead has some of the most gruesome combat I’ve ever seen.

It’s a little cyberpunk, a little anime, and a bit like an ‘80s movie. It’s a shooter, a slasher, and believe it or not, a bit of a life sim too. I’d be remiss not to mention the activities you can do between missions, like getting to know your teammates better by going out after your daily slaughter. One place you can visit is the arcade where you can play a fully developed shmup called Space Runaway. Soleil is releasing that game separately ahead of Wanted: Dead’s launch next year. Wanted: Dead is hard to pin down because it’s doing so many things, but don’t be surprised if you see this one at the top of the Steam charts or headlining the next Games Done Quick. Get ready Ninja Gaiden fans, this is the game you’ve been waiting for.