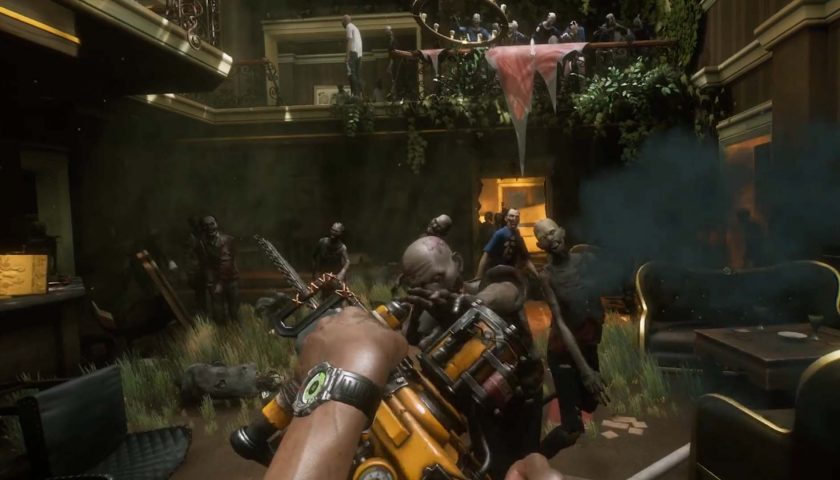 Our first look at The Walking Dead: Saints & Sinners – Chapter 2 was revealed at the Meta Quest Gaming Showcase today.

The trailer featured a mix of cinematic sequences and gameplay as we were introduced to the game’s new antagonist. As teased in last year’s Aftershocks update for the original game, Chapter 2 will introduce a new enemy hellbent on taking down the player’s character, The Tourist. Get a look at the trailer in action below.

Though the gameplay segment was brief, we did get to see just a few seconds of the new chainsaw weapon in action. There are also a lot of zombies on-screen at once; definitely more than what was seen in the first game. Is this confirmation that we’ll be dealing with much bigger crowds in the sequel? Other than that, this looks like more of the VR zombie killer we know and love. Chapter 2 is sounding like more of a standalone expansion to the original game than a full-on sequel, but last year’s tease did also hint at new areas to explore among other aspects.

Currently we know the game’s due to launch in late 2022 on Quest and PC via Rift. Other platforms are yet to be announced but, given this is an expansion to a game that released on pretty much every current VR headset out there, it’s a good bet PSVR and other PC VR headsets are in the works.

Are you looking forward to Saints & Sinners – Chapter 2? Let us know in the comments below!