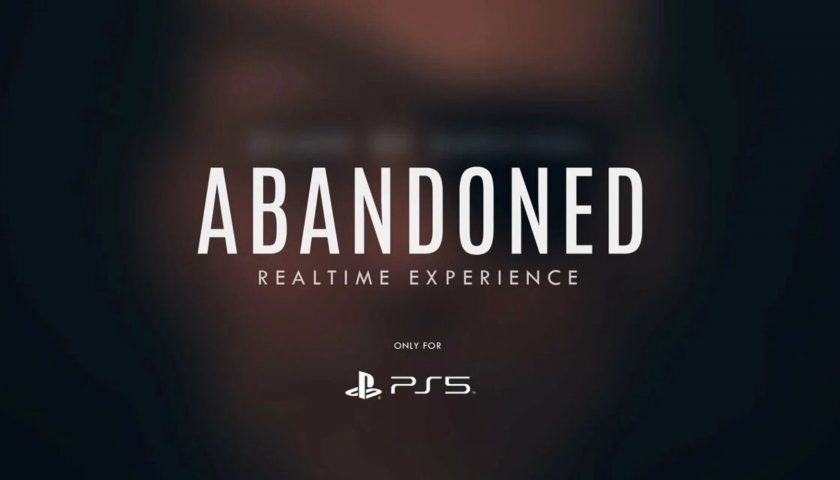 A vocalist who spent 50-60 hours working on music for Blue Box's Abandoned says he feels "frustrated" as he hasn't heard from the studio recently.

Last year, Blue Box revealed Abandoned, a survival-horror game that became popular due to it seeming like one big Hideo Kojima conspiracy theory. Of course, as we all know, Abandoned didn't end up being Silent Hill and has instead become a much bigger mystery, one with no new footage or news revealed in nearly a year.

In response to a Tweet about Blue Box removing mentions of Abandoned from its Twitter, Chris said, "We worked for the soundtrack (one of the songs). I had a lot of mails contact with them. I was hooked, that our song would be released in a videogame. I'm frustrated. That last answer was at linkedIn with: It's chaotic, it has to be released in march – do you have a ps5?"

Chris then followed this up with a bit more detail, revealing how much time went into the tracks, "We worked like 50-60 hours on this song. They said: This song will be in the game – and maybe in a teaser. Every 6-12 weeks I get an email with: Sorry for the huge delay etc. We will work with a one-time fee etc. It all started august 2021. Don't know, how to get help."

Chris later clarified when replying to another Tweet that The Eyes Inside has yet to be paid for its work on Abandoned, despite the band seemingly having finished the track for the game.