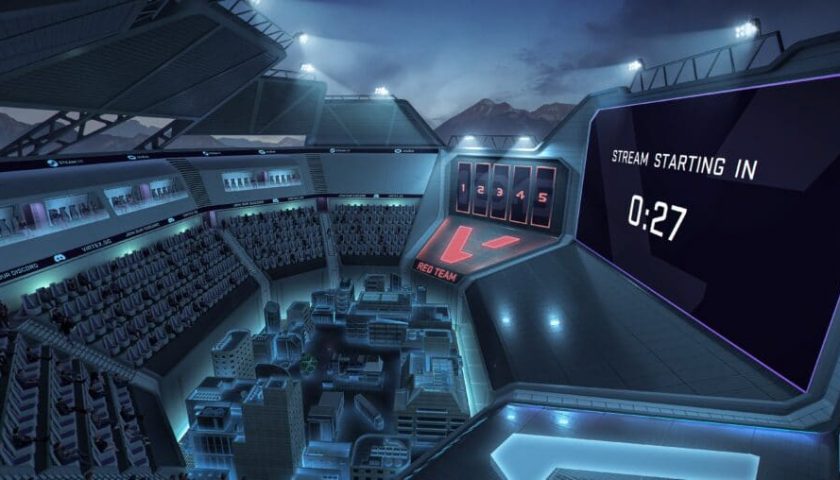 London-based VR developer Virtex wants to bring the excitement and atmosphere of experiencing esports at a live event to VR headsets.

The company today announced Virtex Stadium, a virtual venue intending to host big esports matches. Virtex says its stadium has a capacity of 200 people per server (running as many servers as necessary per event), allowing friends to meet up and head into a stream.

Inside the venue, matches are aiming to be shown as 3D holograms in the center of the space. Imagine watching a match of, say, Onward not just on a 2D screen but also from a kind of isometric view as if it were really happening on the stadium floor below. But Virtex hasn’t yet provided a look at this system working in real-time, nor confirmed any titles that will be compatible with the experience. All we have to go on for now is the first concept art (above) and an announcement trailer (below).

A press release also states that viewers will “jump from their seat right into the game map as the match unfolds around them.” Co-founder and COO Christoph Ortlepp also told me the team will offer different options for monetization, including selling tickets to events.

It sounds ambitious and we’re yet to see live VR events really take off at the capacity Virtex is envisioning. The company is planning to launch an open beta later this year, when it will also announce the first slate of supported titles. It’s coming to PC VR headsets first with plans for an Oculus Quest launch later down the line. You can keep up to date with the app on an official website.

Do you think Virtex Stadium could live up to its promising premise? Let us know in the comments below!