Until about six months ago, I would’ve said the HTC Vive was Valve’s virtual reality headset. It wasn’t, of course—merely the product of a mutually beneficial partnership. But with the VR market seemingly divided between Oculus on one side and Valve on the other, the Vive naturally became the face of SteamVR and everything “Not Oculus.”

Now Valve has its own headset though: the $999 Valve Index. Why Valve struck out on its own, we may never know, but either way the Index is now ipso facto the new face of SteamVR—and it finally ushers Valve’s infamous “Knuckles” controllers to market after years of rough-looking prototypes.

It’s still a bit early for us to review the Valve Index, but a full kit came in late last week and I’ve spent some time testing it out. Below you’ll find my early and still-subject-to-change thoughts on the Index headset, the Index (“Knuckles”) controllers, and the second-generation base stations.

Which I guess brings me to my first point: The Valve Index uses base stations.

I’m torn. PC-based virtual reality is in a weird spot right now, I think. On the one hand, writing about the Oculus Rift S a few weeks ago, I said the following:

“If you’re hardcore enough about VR that you prefer to hook up to an expensive gaming PC (and deal with the accompanying cable) rather than opt for the less powerful (but self-contained and wireless) Oculus Quest, you’re also more likely to care about flawed controller tracking—and less likely to care about mounting base stations to your wall to ensure peak performance.”

I stand by that statement. And as far as tracking goes, the Vive/Index base stations are the gold standard. The original generation was near-flawless. The second generation might actually be flawless, with a wider field of view both horizontally and vertically. They cover an enormous area, and they do it well. There’s not much else to say. 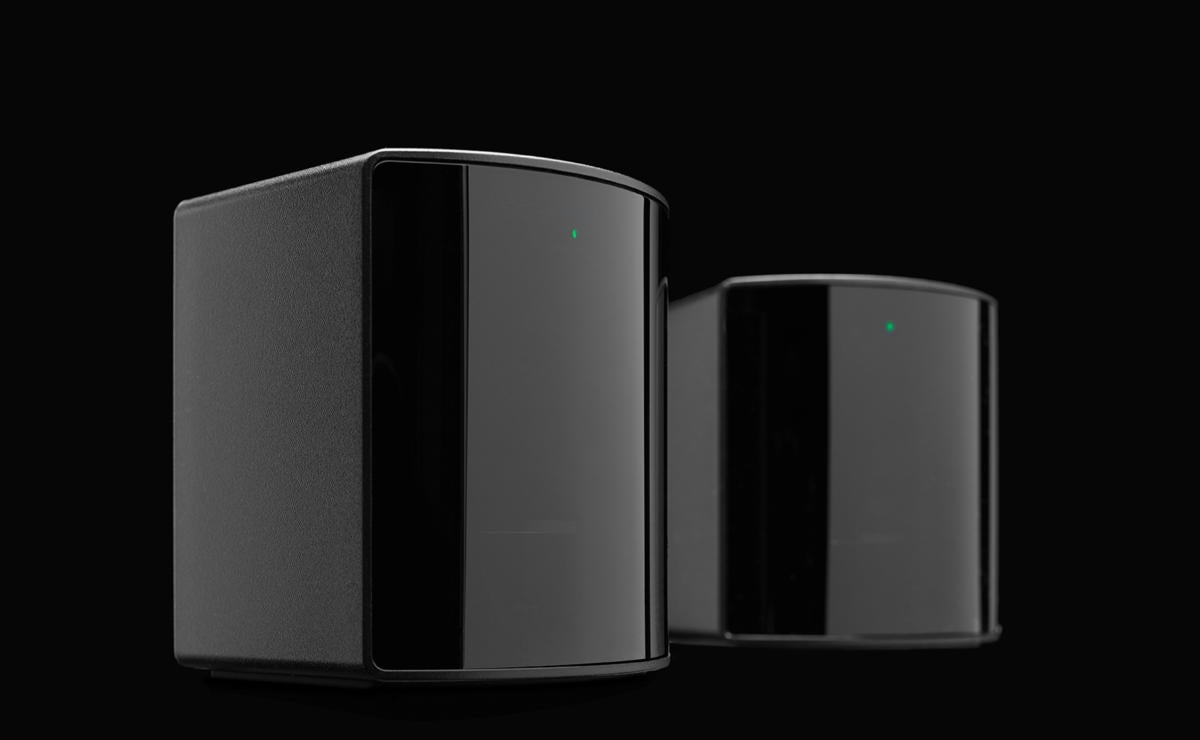 Base stations are cumbersome though, no doubt about it. Mounting them on the wall is a commitment. Choosing not to mount them usually proves annoying sooner or later, as they either end up in the way or get bumped and need adjusting. I’d also nearly forgotten about the high-pitched whine the base stations emit, having unplugged my Vive a few months ago for Rift S testing. That’s back now as well.

I’d still take the Index’s precision over the Rift S’s flawed tracking any day—but I do miss the convenience of a put-on-and-play headset, and next to price I think the base stations are the biggest knock against the Index. It took me maybe five minutes to set up the Rift S. It took 15 or 20 minutes to configure the Index, and that didn’t include screwing the mounts into the wall. And hell, while we’re making comparisons, the rat’s nest of wires I plugged in to get Index working made me pause and appreciate the Oculus Quest again.

It’s all about the field-of-view. 110 degrees has been the standard since the original Oculus Rift dev kit back in 2013. We’ve seen experiments with higher FOVs (like the bulky Pimax 5K Plus) but none with the appeal of the Rift and Vive, and thus we’ve all gotten used to the feeling of viewing VR through a periscope. Reviewing the Rift S, I even noted that it felt like the FOV was more closed off than the first-gen Rift. 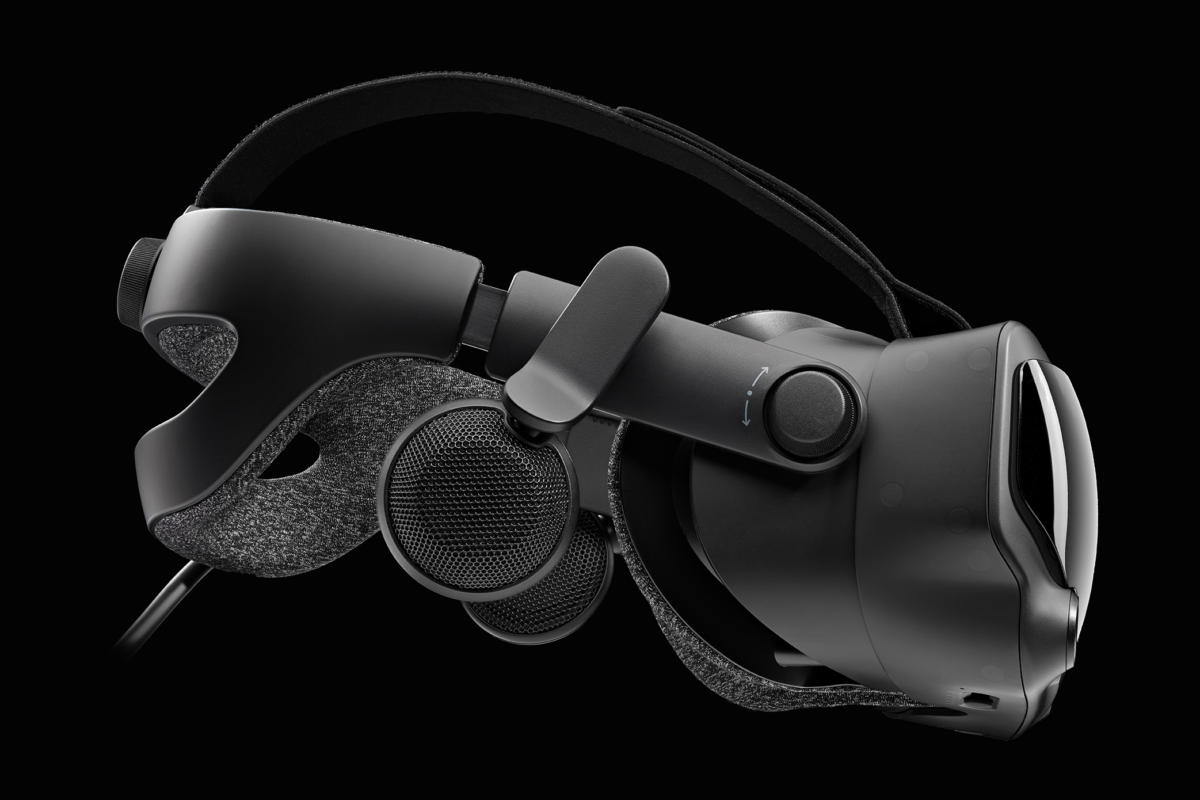 The Valve Index jumps from 110 degrees to 130ish degrees and it is (heh) eye-opening. I didn’t notice the difference so much horizontally, but vertically it was like removing blinders. Did you know you can usually see the ceiling and floor while staring straight ahead? Subconsciously, I’d gotten used to not being able to in VR, grown accustomed to moving my entire head to look up or down. The Valve Index makes that unnecessary.

A 20 degree improvement doesn’t sound like much perhaps, but already it’s made switching back to the Rift S/Quest/Vive/Vive Pro feel claustrophobic.

It looks crisp, too. On paper the Vive Pro and Index have the same 1440×1600 resolution per eye, for a total of 2880×1600. The Index’s RGB LCD display has more subpixels than the Vive Pro’s AMOLED display though. For the layperson: We think of the pixel as being the base unit for displays, but like an atom it can be subdivided into smaller components, or subpixels. These are the actual colored bands of light that, in combination, allow a pixel to reproduce the full spectrum.

All you really need to know is that RGB LCD screens have a subpixel arrangement that makes fine details look cleaner and more consistent. That’s important when you’re right up next to the screen, as you are in a VR headset. AMOLED screens have more vivid colors and richer shadows, but RGB LCD gives you a cleaner-looking image at the same resolution, which is arguably more beneficial in the long run.

Note that the Oculus Rift S also pivoted to RGB LCD and thus looks similarly crisp, but the Index’s higher resolution and larger FOV take it a step further. 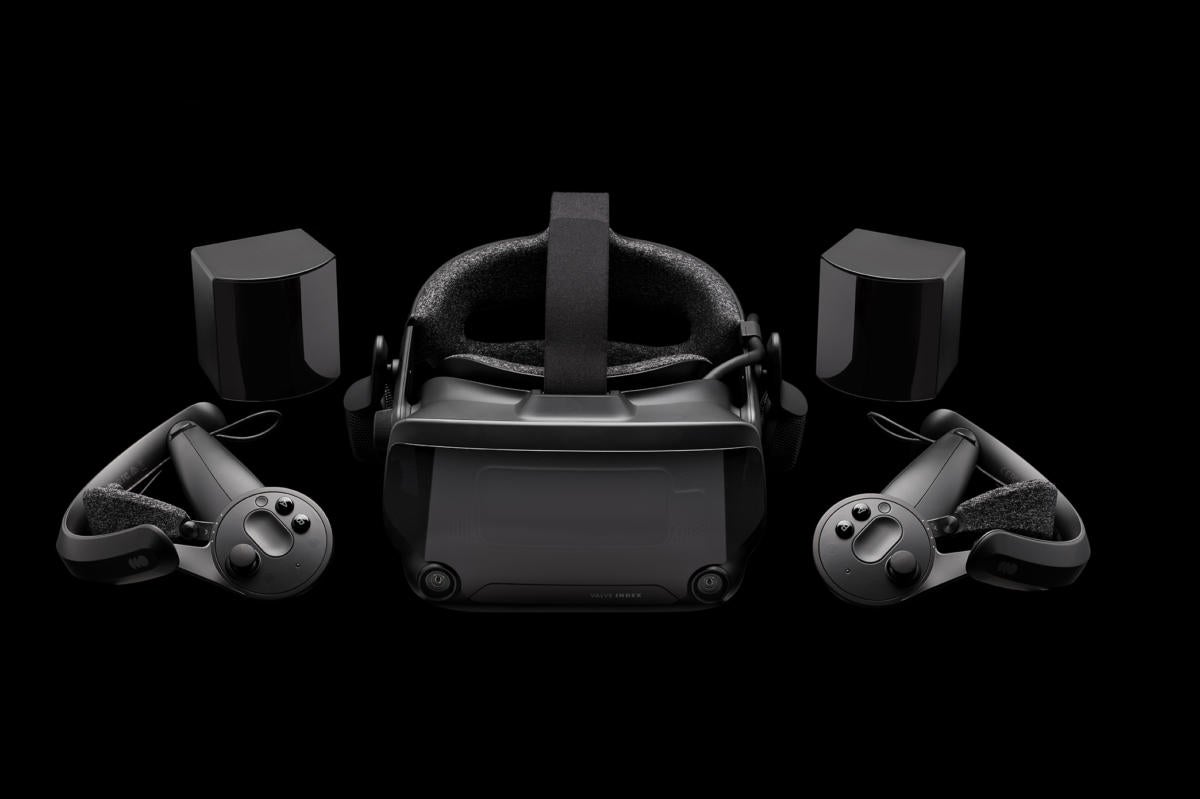 And there’s more, if you can believe it. Years ago Oculus claimed a 120Hz refresh rate would be “ideal” for virtual reality, but most headsets have targeted 90Hz (or less) to aid performance on lower-end machines. Not the Valve Index. It defaults to 120Hz, with an “experimental” 144Hz mode for high-end machines.

It makes minimal impact on how games are played, but the subconscious difference is enormous—or at least it was in my case. When I first donned the Valve Index I noticed how smooth and snappy the hand-tracking felt, only to realize it was due to the increased frame rate. The difference was especially noticeable because I was coming from the Oculus Rift S and Oculus Quest, which run at 80Hz and 72Hz respectively, but even compared to the 90Hz Vive Pro the Index feels fluid.

I am admittedly sensitive to frame rate and use a 144Hz monitor at home, so your mileage may vary. I was impressed though.

You’re going to spend a lot of time staring at your hands too. A lot. As I said, the Index also ushers in the official release of Valve’s old “Knuckles” prototype controllers, which we first saw back in the halcyon days of 2016, back before Oculus had even released its first-gen Touch controllers.

Yeah, it’s been a while.

Anyway, the “Knuckles” controllers have been redubbed the “Valve Index Controllers,” which is way less fun. Regardless, this is the hardware I was most excited to get my hands on (literally), because it’s so different. 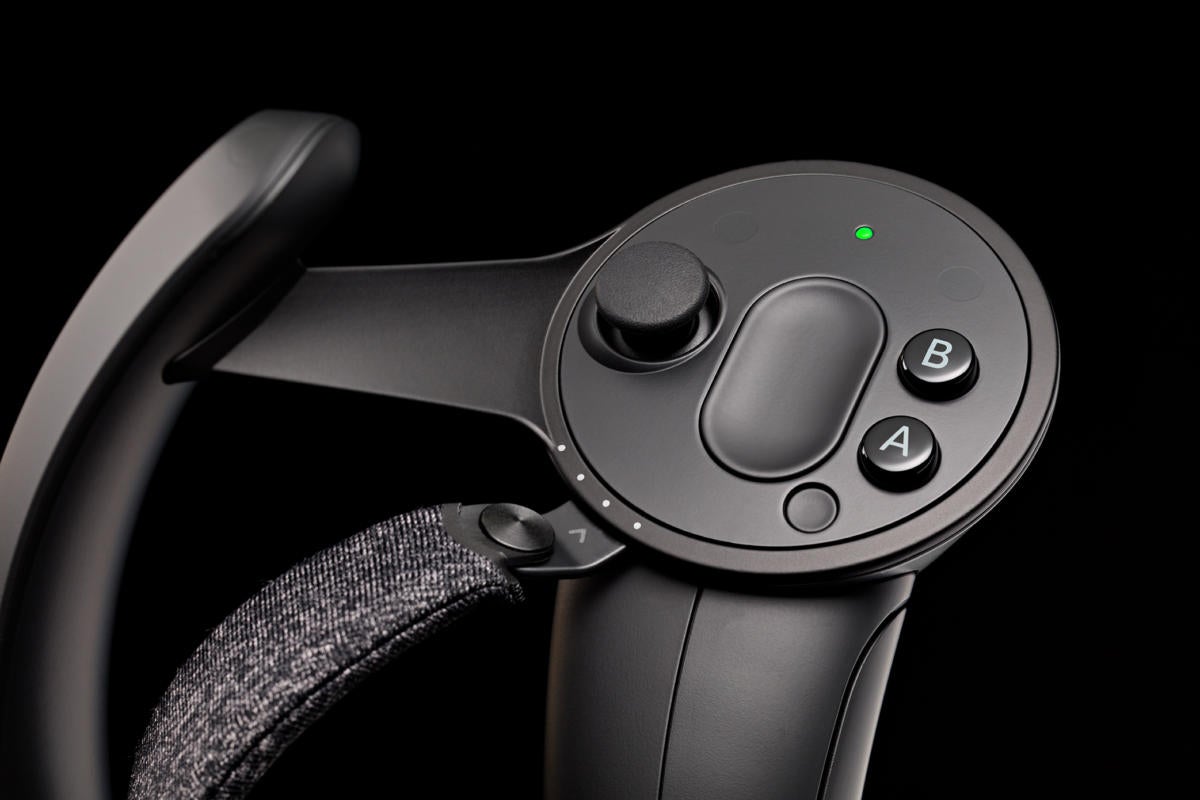 I’m going to simplify a bit here, but the HTC Vive Wands essentially track three different parts of your hand: Thumb, pointer finger, and three-finger grip. Of those, the thumb is the only one with fine movement reproduction, thanks to the capacitive touchpad. The other fingers were basically “On” or “Off,” though the pointer finger at least had an analog trigger.

Oculus’s Touch controllers improved on this by making all buttons capacitive, and both the trigger and grips analog. Suddenly you could have a hand that was half-open! 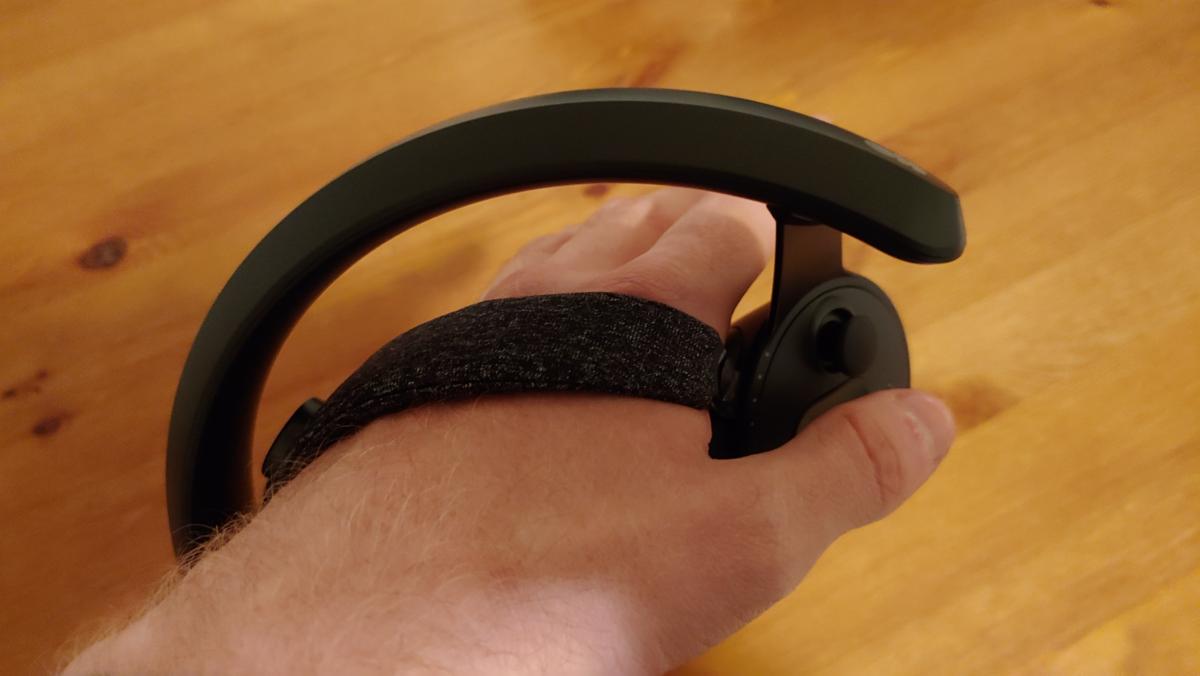 This allows for more realistic item manipulation. To pick up an item, you “grab” the Index controller. To drop it, you open your hand and “let go.” There are also sensors built into basically the entire chassis, so you can close your hand halfway, or point, or ball up just your ring and pinky fingers or whatever and in theory the Index controllers know what you’re doing. (Check out this Valve blog post for some nifty GIFs.)

There’s very little software support for the Index controllers so far, and I’ll need a lot more time with them before we do a proper review. That said, it’s…interesting. When it works it’s incredible, but I’ve had plenty of moments where it doesn’t quite understand what my hand’s doing and it’s taken me out of the experience.

I also find myself fighting my instincts. “Open your hand” to drop an item sound intuitive enough, and yet I keep not doing it. I think it’s the weight of the Index controllers that throws me, because of course when you let go of a virtual item the Index controllers stay put. It makes it hard to “drop” them, even knowing they’re firmly fastened to my hands. 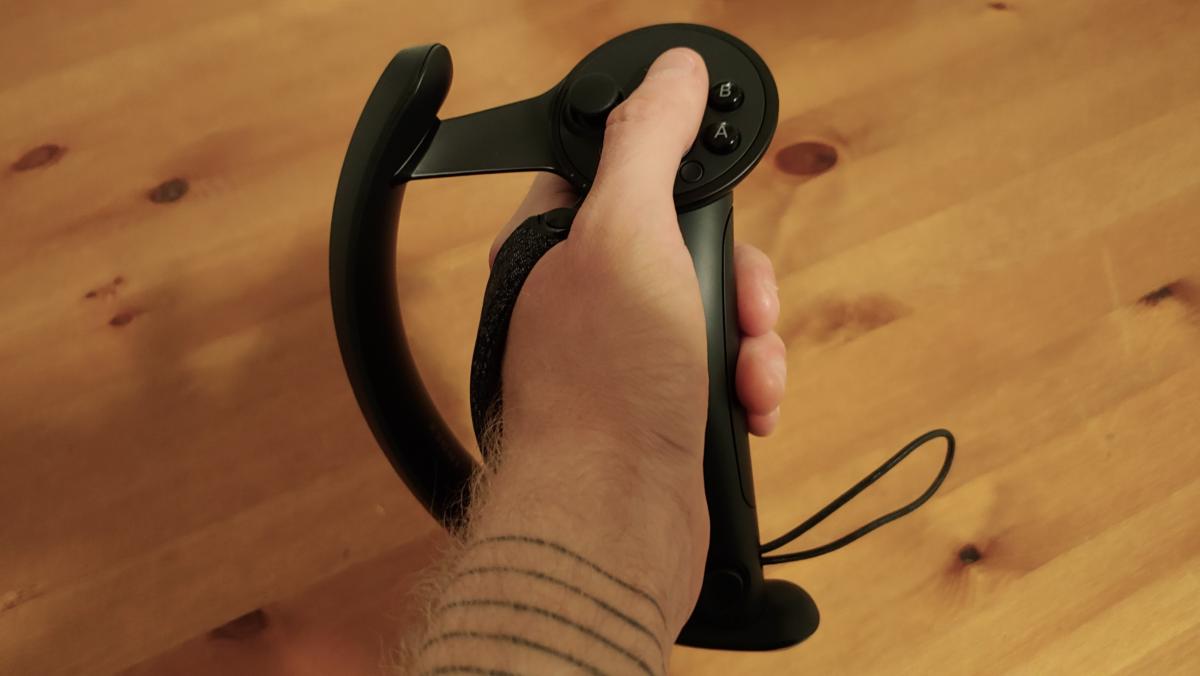 I’m also finding the new, much-smaller touchpads aren’t nearly as sensitive nor as smooth as the old Vive Wands, and the analog stick support is iffy in a lot of software at the moment—including SteamVR’s menus. Scrolling through my library has been more frustrating than I anticipated, and in Google Earth VR the analog stick’s been as likely to do the exact opposite of what I intended as follow instructions.

Still, I love certain features, like the variable grip strength—used to great effect in Valve and Cloudhead’s Aperture Hand Labs, when you grasp a robot with a handshake so firm its arm rips off. That’s cute.

And I’m hoping more time is the answer to the rest. That means more time on Valve’s end to iron out the software kinks, and more time on mine to get used to the whole idea. Part of me wonders whether Valve sent out review units this early for that express purpose, because honestly the Index controllers require a shift in thought that’s comparable in some respects to the ill-fated Steam Controller, a novelty that seemingly everyone bought but…well, let’s just say I don’t know anyone who uses one regularly. It doesn’t mean nobody is, but we didn’t suddenly give up analog sticks industry-wide. 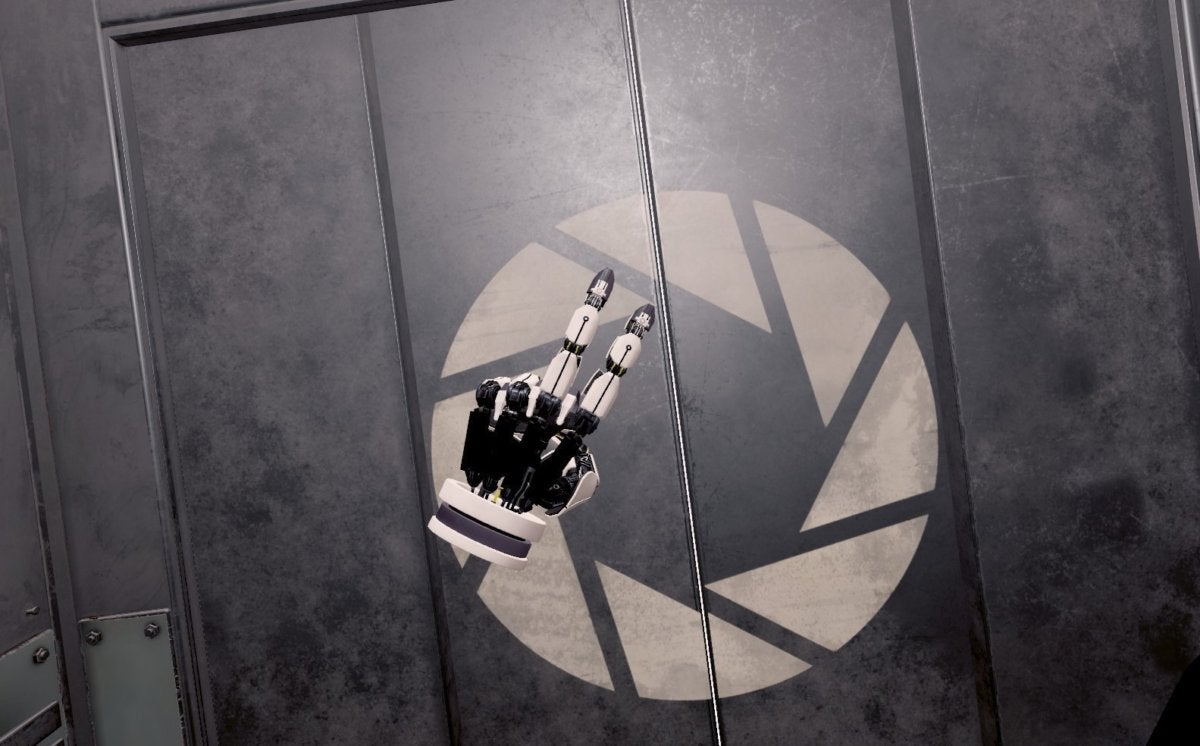 You can make a peace sign, or (more likely) ruder gestures.

People don’t have two decades of VR instinct ingrained in them, but the Index controllers are going to take an adjustment period nevertheless. I’m looking forward to digging into Vacation Simulator, Arizona Sunshine, and the rest of the early proofs-of-concept to see if I can make the switch in style.

Before we go, I should probably do a quick lightning round. Yes, it’s comfortable. Yes, the knob on the side that moves the lenses away from your eyes (for glasses) is the smoothest solution I’ve seen. Yes, the Valve Index ditches the awkward four-in-one control box for a more streamlined solution that lies flush with the cabling. Yes, the speakers hanging down from the side are more immersive than the original Vive/Rift’s headphones, but also annoying in shared living spaces. Yes, there’s a USB port on the front, hidden beneath a face plate, for…some reason.

This article’s getting long though, and there’s plenty more to explore. We’ll have a formal review in the near future once we’ve had more time with the Index headset and controllers, so keep an eye out if you want 2,000 more words about subpixel rendering and finger tracking. I know you do, and that’s why I love you.

While you’re at it, be sure to check out our Oculus Rift S and Oculus Quest reviews. Valve’s not shipping the first Index units until June, but the second generation of VR’s already started—especially if you hate wires. 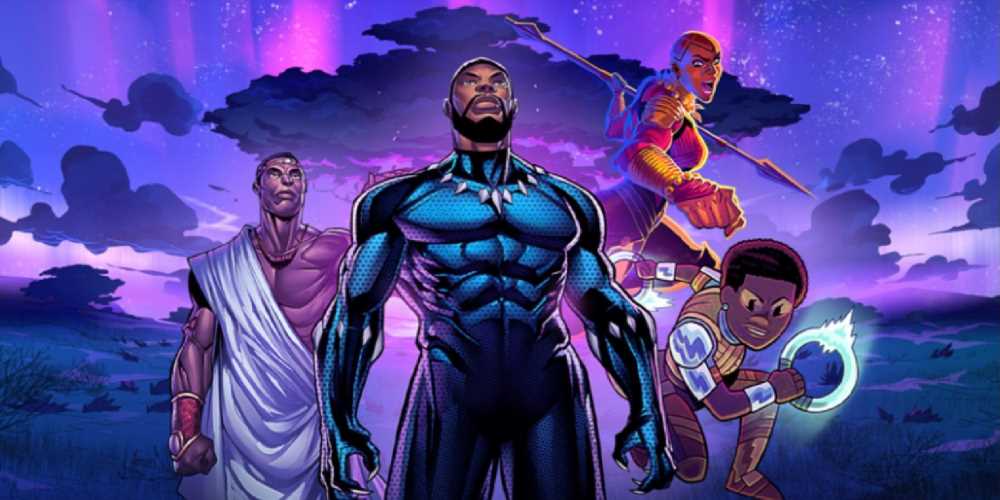 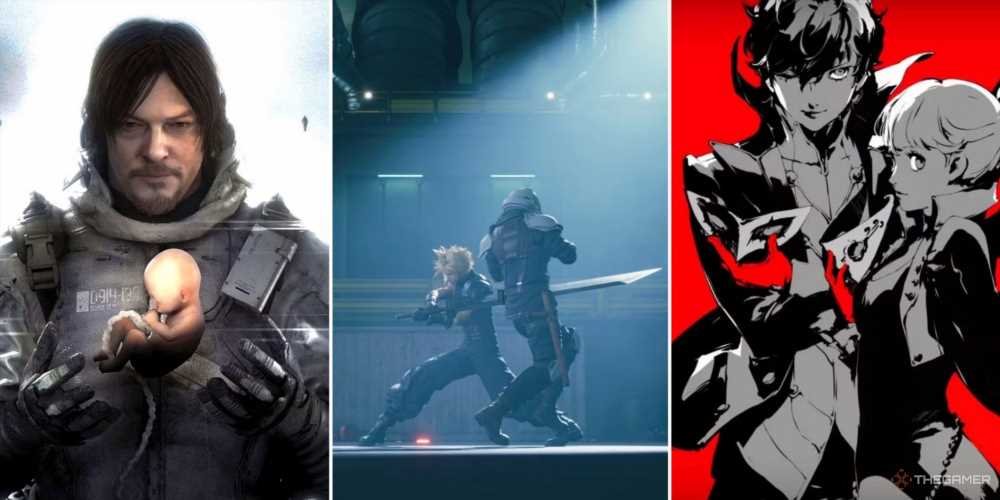 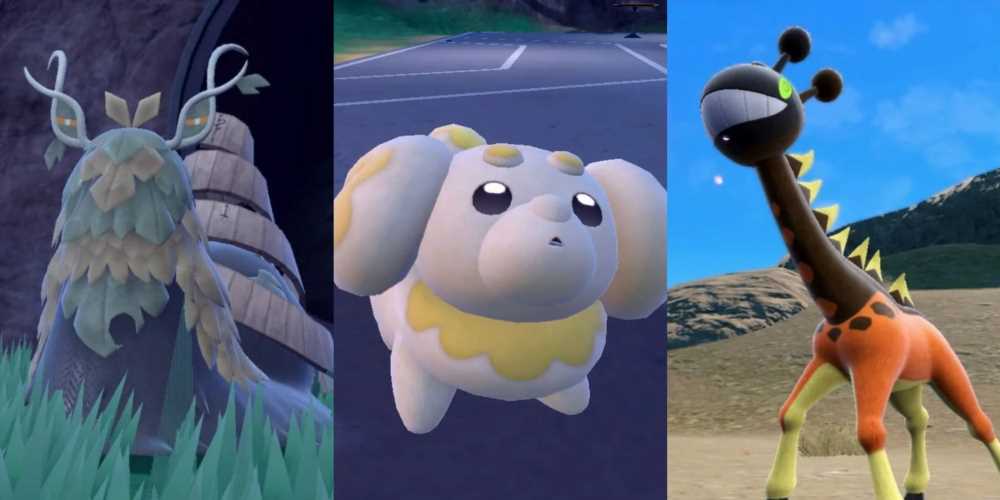