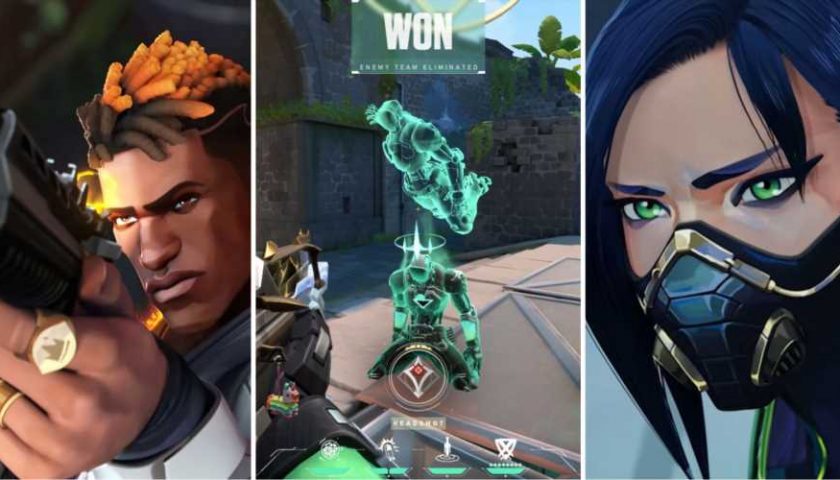 Valorant is full of clever and hilarious voice lines. Each agent has a plethora of battle chatters prompted throughout different phases and rounds of the game, highlighting the beloved aspects of their varying personalities. Some voice lines are triggered at very specific moments, like when you win a round while mounting a comeback. These are often the funniest.

Of course, Valorant voice lines are meant to introduce a bit of lightheartedness to the competitive game. Sometimes you need an emotional boost on a five-game losing streak. If you’re looking for the funniest voice lines to use in-game, this list will shed light on some of the more humorous ones. Who knows, they just might pull you out of a tilt. 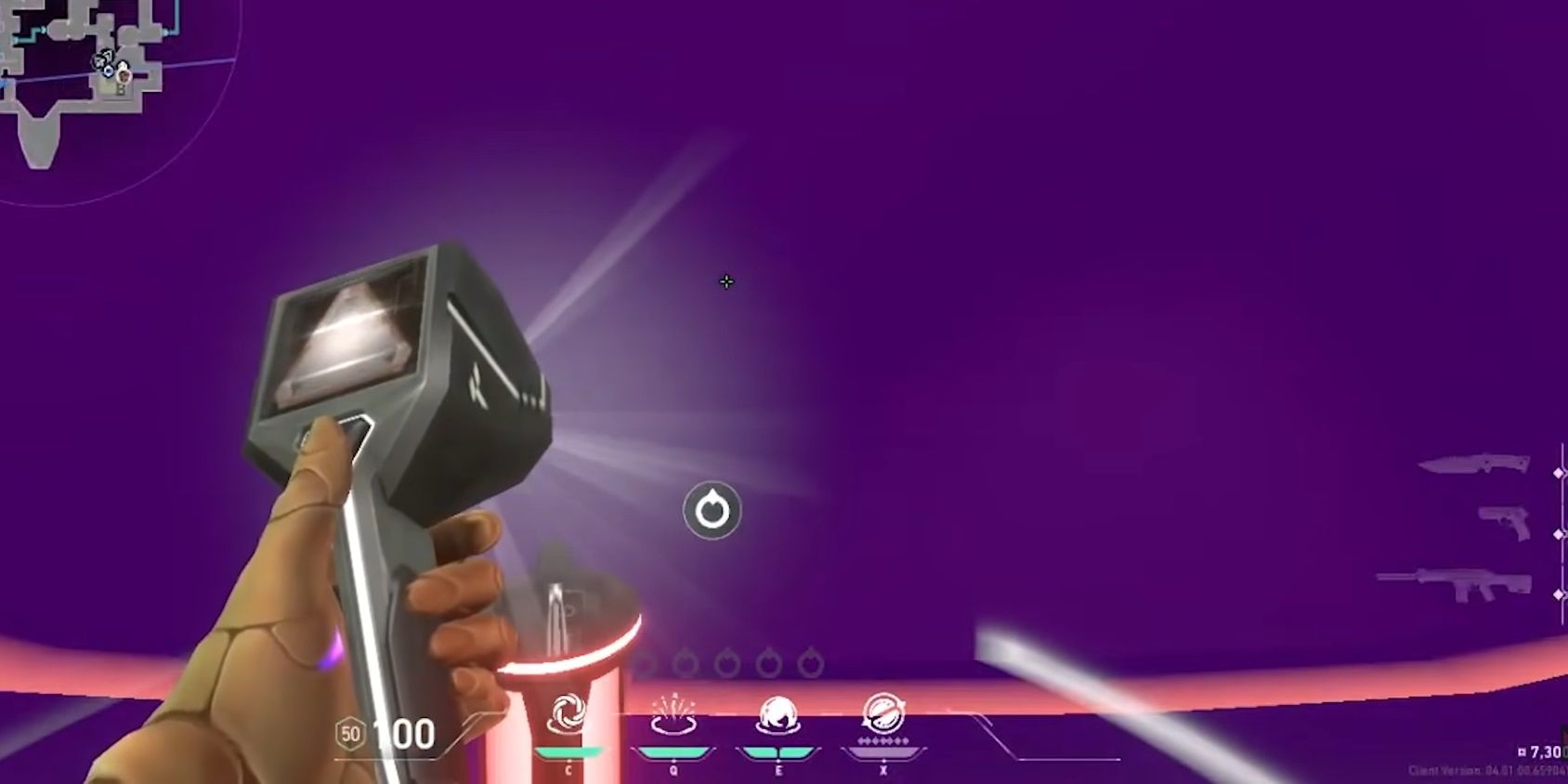 Astra is a smoke character, which means she’s often the last one alive during the round. Because of this, she commonly finds herself having to defuse the spike after the enemy team plants it. This is when she says a simple yet comical voice line.

Nearly void of all hope, the astral guardian murmurs a subtly funny "defusing… I hope." The humor is in the aptness as it's easy for Astra to get one-shotted if someone is lurking around the corner – something she was undoubtedly anticipating. 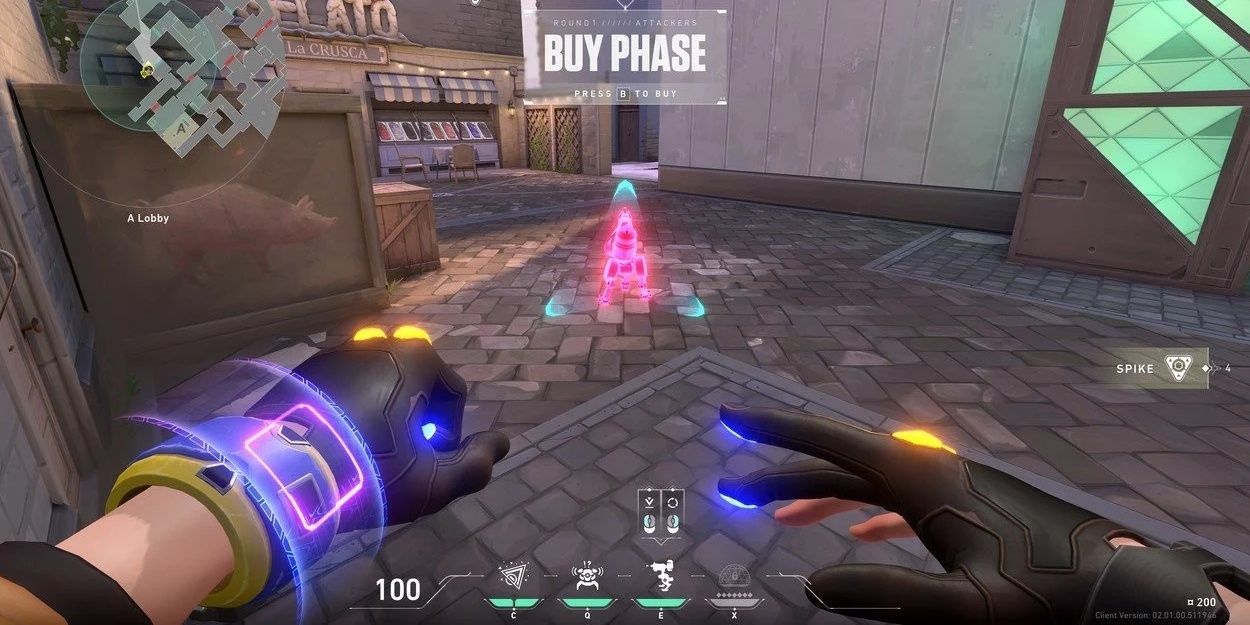 As a genius prodigy that became the lead of Kingdom's Research and Development team at age 18, it's no wonder Killjoy has some witty one-liners up her sleeve. At the beginning of a round when you and your teammates are buying abilities and weapons, there's a chance for her to say: "Don't stress if I die. It was great knowing you all. Also, delete my hard drive."

It doesn't explicitly mention what might be stored or hidden on KJ's computer, and it lets you interpret what she might mean. Either way, this voice line is spot on featuring her wit and humor; two attributes that players will hear a lot of when they play as Killjoy or are paired up with one on their team. 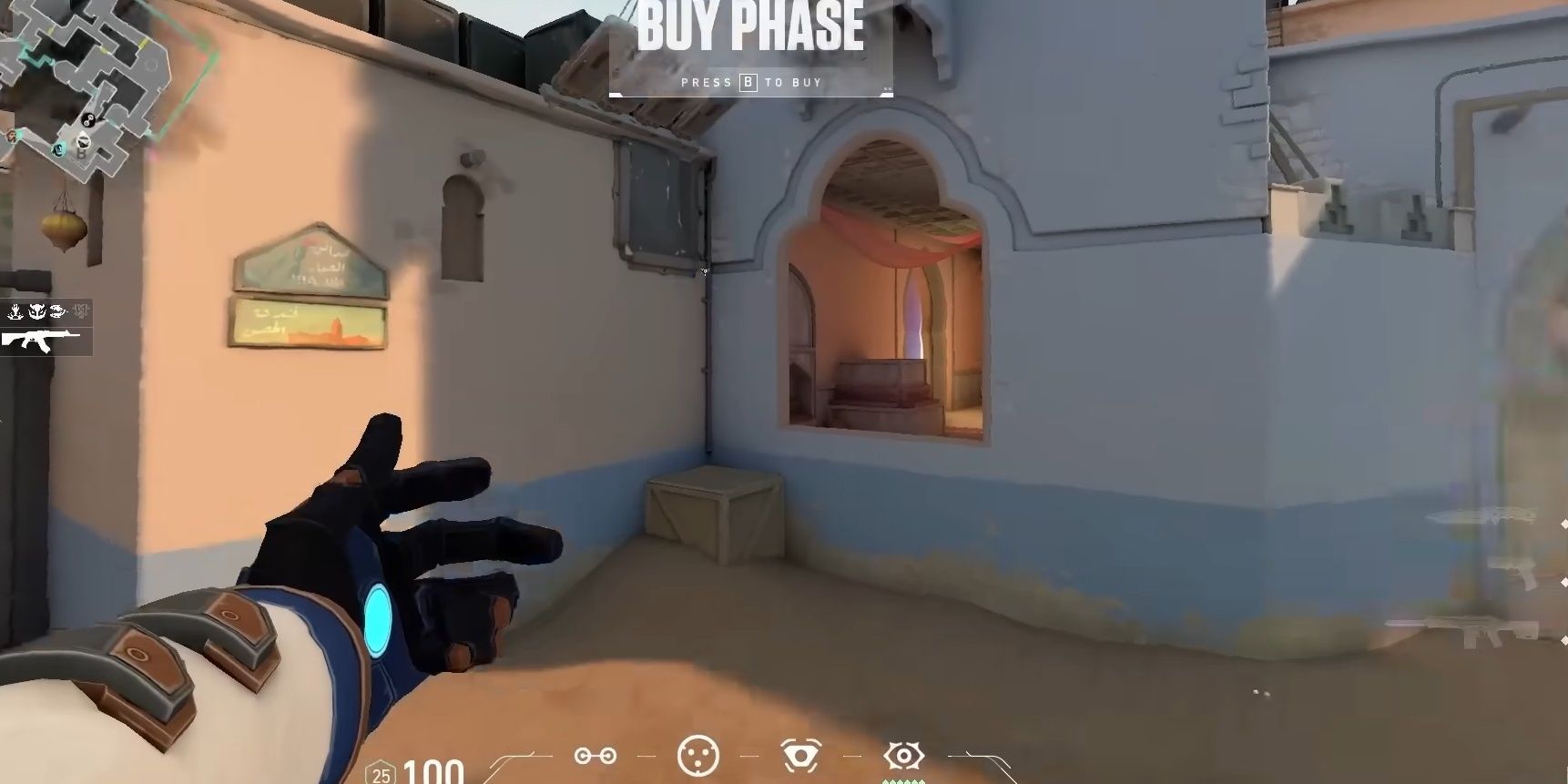 Cypher has a dark past. He lost his family when he was young and became an information broker to seemingly cope with this loss. Despite his deep and mysterious upbringing, Cypher has a rather merry attitude and persona.

The start of a new round has a chance to initiate a hilarious Cypher voice line: "One of my cameras is broken!… Oh, wait… Okay. It's fine." The inflection at the beginning of the chatter combines genuine a feeling of sadness with his unique youthful exuberance. If you know Cypher, you know how eerie and curt he is – which makes this voice line all the better.

7/10 "I already hear that Breach running his mouth. Don't tell me you'll punch me, just punch me!" – Yoru 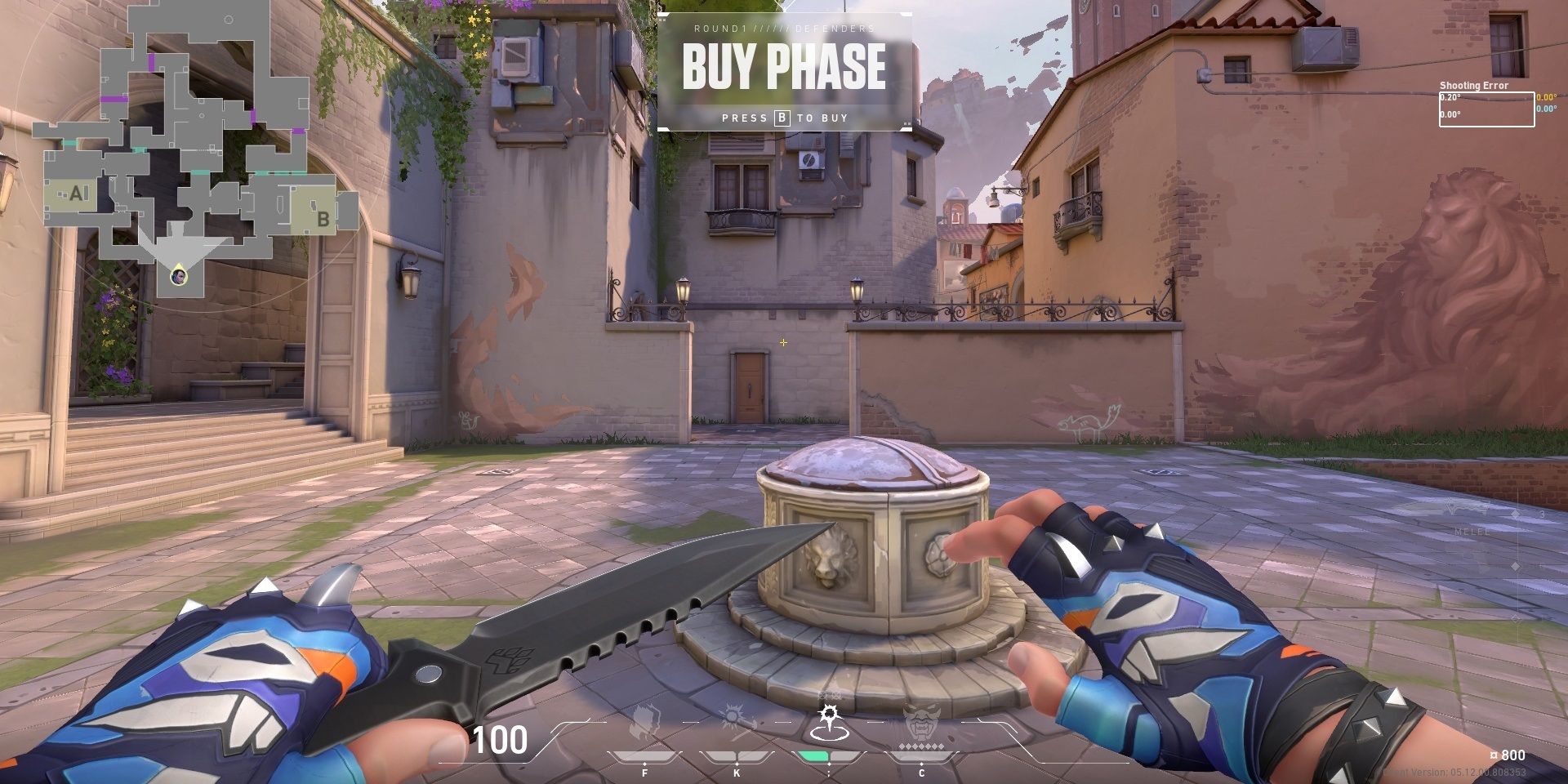 Yoru is a lone wolf from Tokyo, Japan. He believes he can beat out the competition without the rest of his team, or even a gun. His cold-shoulder personality keeps him at the forefront of his own emotions, and his pride is always on his mind.

Yoru’s more for doing than he is talking, which is why he heckles Breach throughout the game. If there’s a Breach on the enemy team, Yoru will use a hilarious voice line: "I already hear that Breach running his mouth. Don't tell me you'll punch me, just punch me!" It’s almost as if Yoru breaks character for a second and loses touch with his cool-guy attitude. 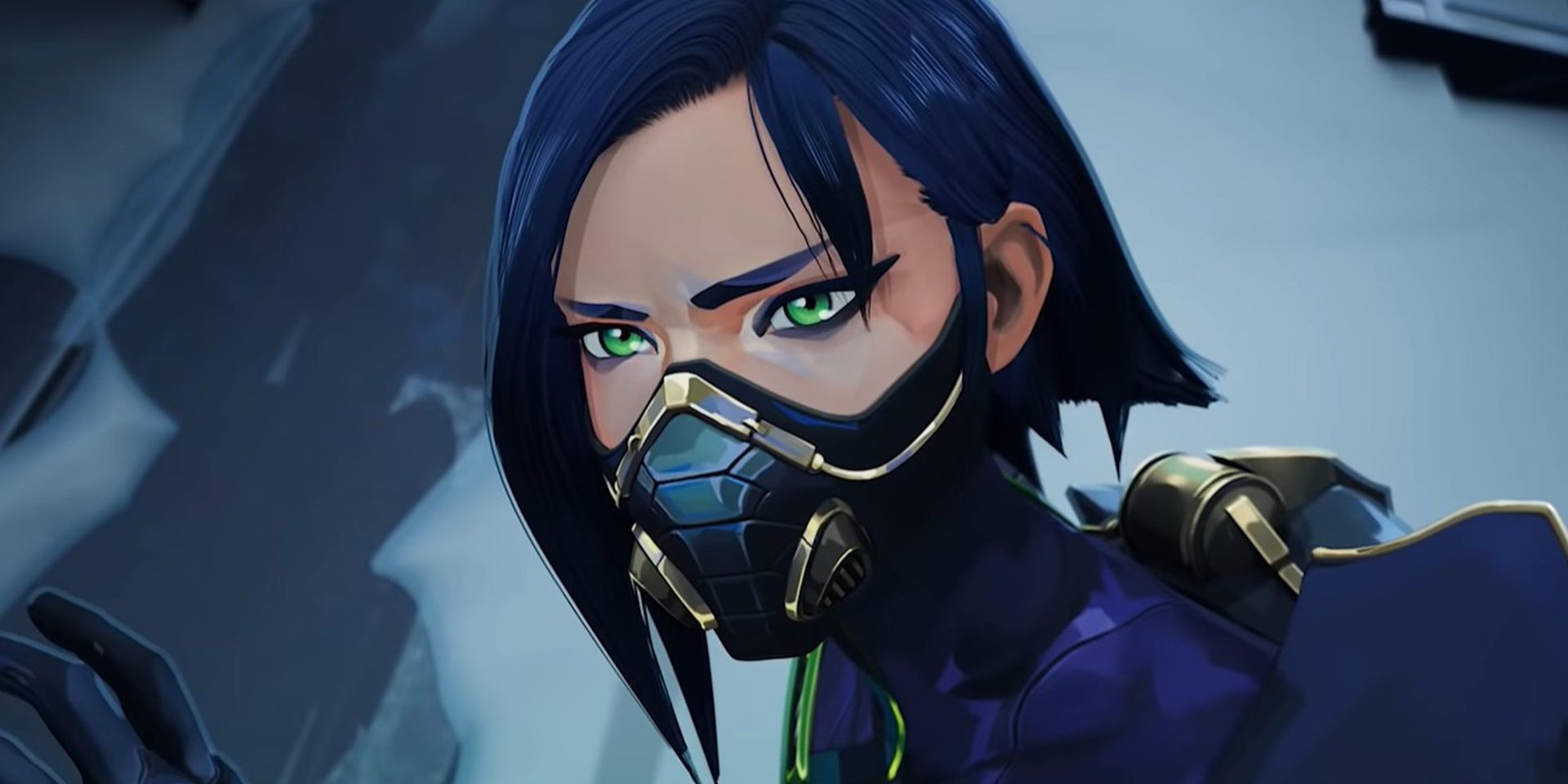 Viper is a mainstay in Valorant team compositions, and she's known for her toxin screen lineups. Her toxins may have gotten to her head, but when her team gets thrifty, she thinks she can win practically unarmed.

The utter disrespect shown toward the enemy team when Viper says "Should I use a stick next time?" is completely toxic (fitting), hilarious, and savage. Viper sincerely believes she can win with a couple of twigs in her arsenal. Whoever’s playing her that game better be ready to back it up in their next eco round. 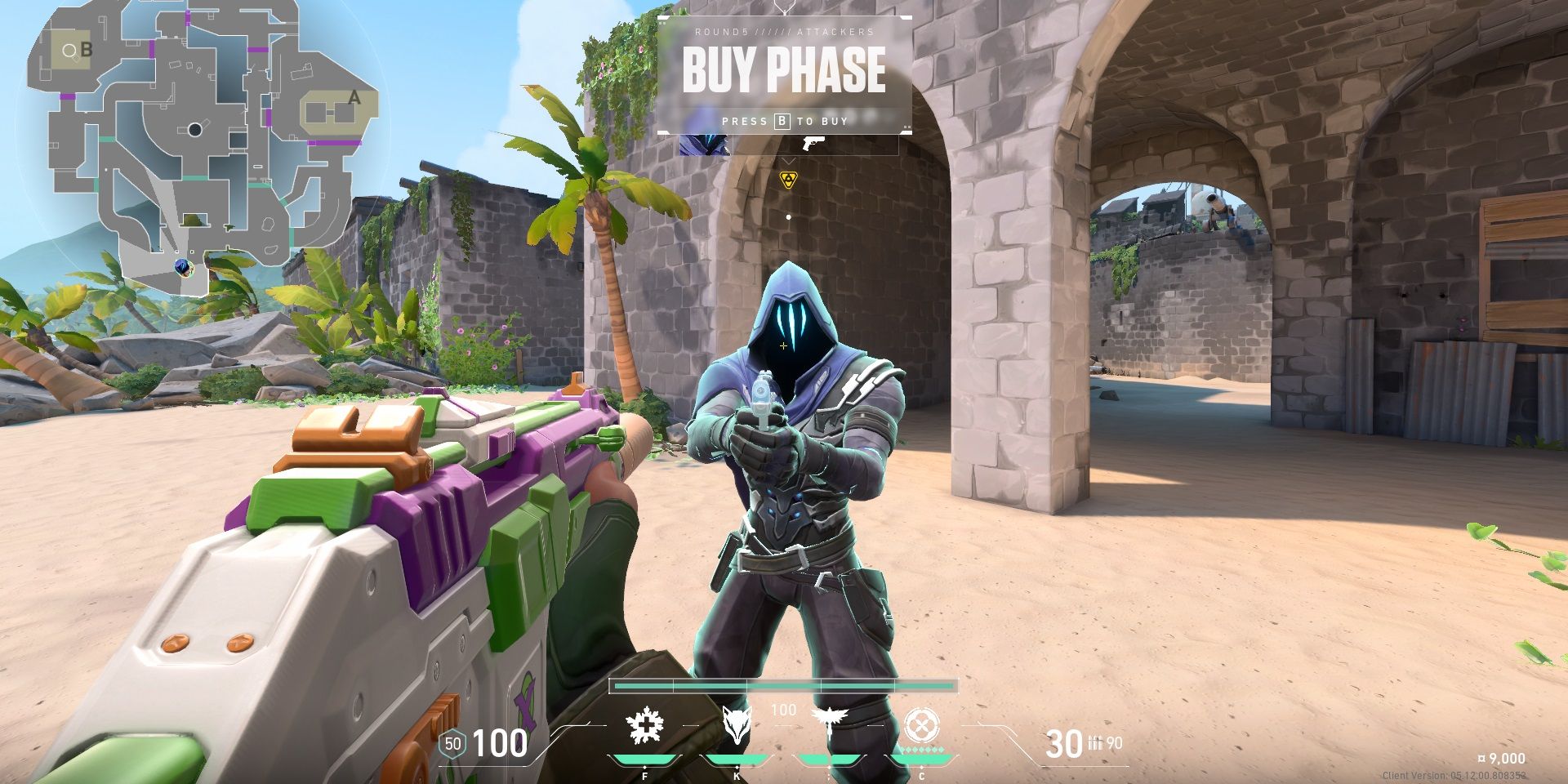 Skye is an Aussie initiator with helpful team utility and a big heart. She grew up and worked on a farm and learned to give unconditional care to her animals and those around her. At times, she can be a bit ditzy, especially when there’s an Omen on her team.

Skye’s direct voice line, "Omen, when you teleport, I don't know. Sometimes…I lose you. Does…that make sense?" showcases her genuine heart and scatterbrained personality perfectly. It also resembles what other players are probably thinking to themselves when Omen wide-swings them from a different angle than where he just was. 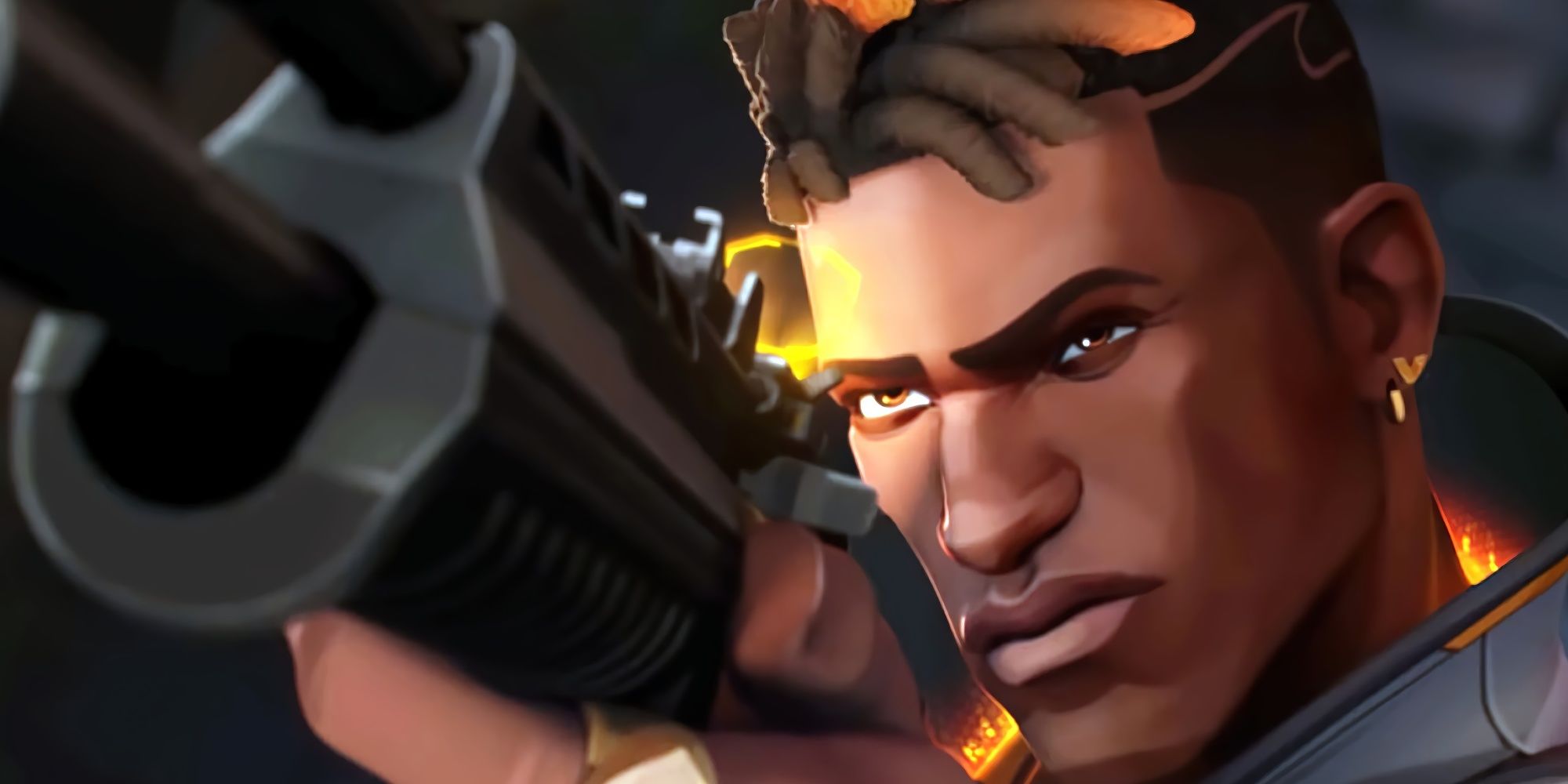 This voice line is probably one you’ve already heard, but it gets funnier every time. At the start of a round with a Phoenix on your team, there’s a chance he’ll say the following, perfectly-fitting voice line: "Buy stuff, kaching, lil' skkkrrrr, then we're done, yeah?"

This sums up the former performing arts student’s personality to a tee. His cocky remark makes it seem like he can waltz into the battlefield after buying a couple of abilities and a sheriff, and take the cake with ease. It's not completely untrue, as Phoenix is one of the best agents in Valorant. 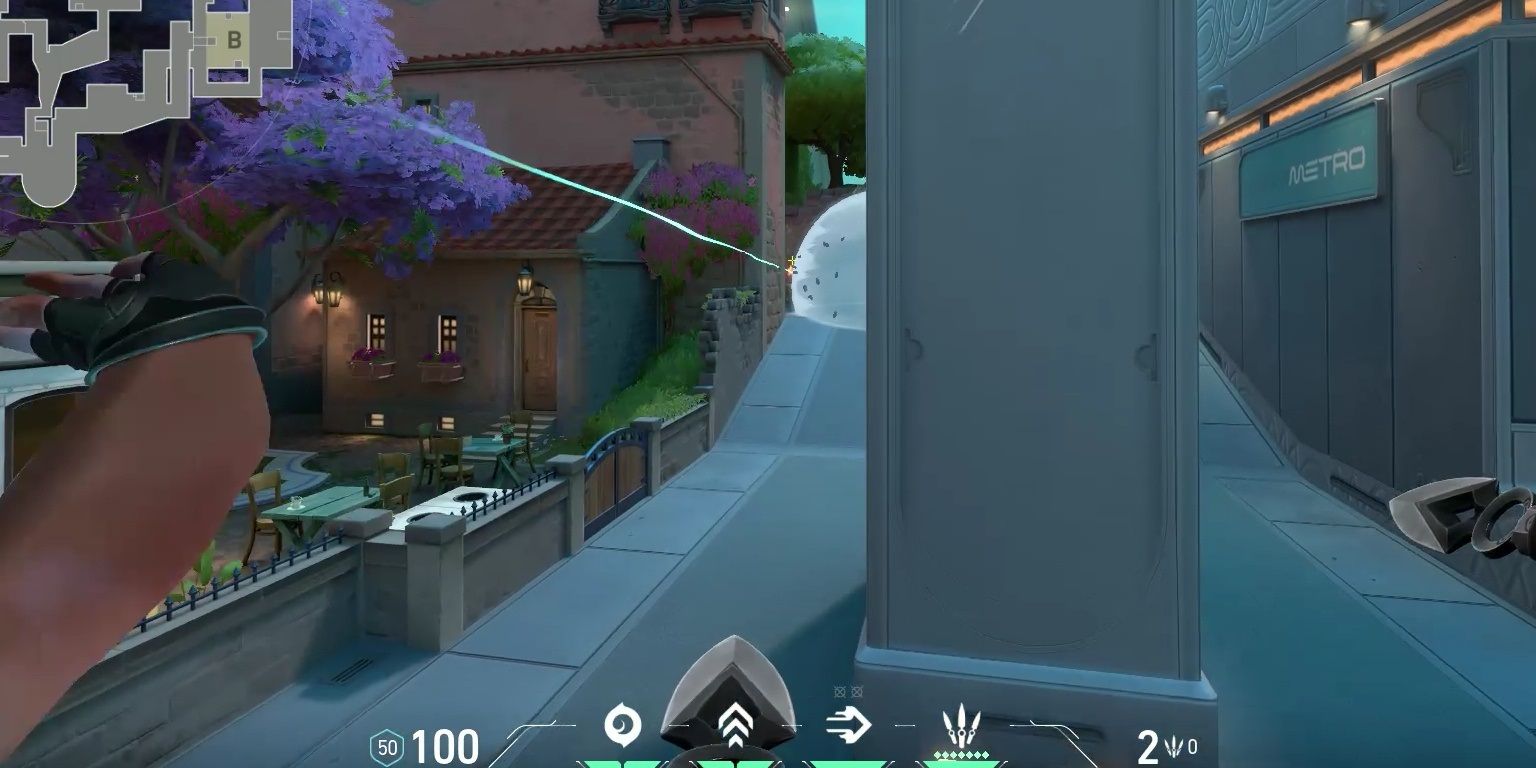 It’s not unlike Jett, or other duelists for that matter, to carry the team to victory. Jett’s happy-go-lucky and sarcastic attitude is elevated with one of the funniest voice lines in the game: "Oh, my back hurts! Everyone's so heavy!"

Upon a clutch, Jett might say this voice line. It’s unknown if any other circumstances for this particular one to trigger are needed, like her being at the top of the scoreboard. Because duelists are meant to pick large amounts of kills, Jett is surely only teasing. 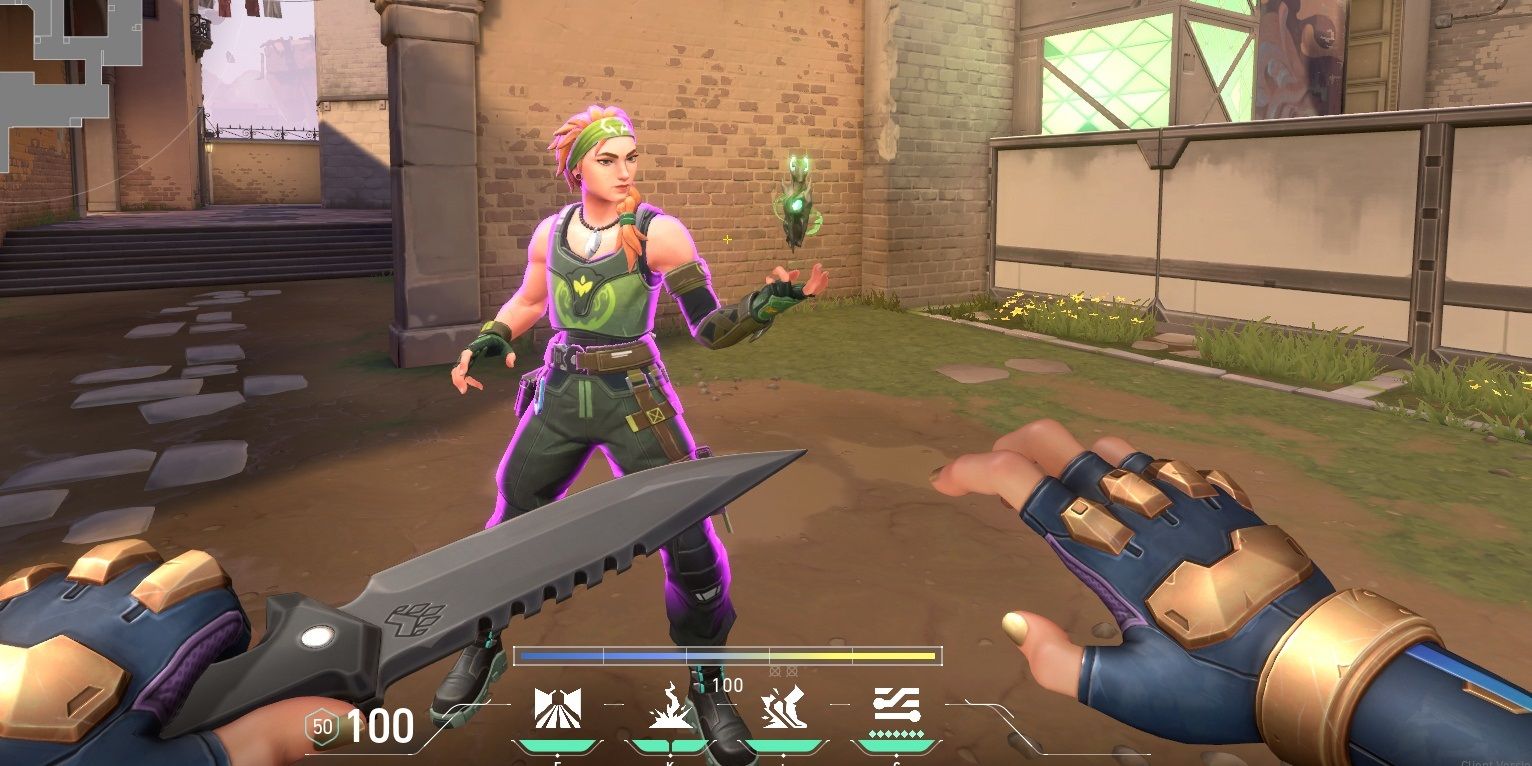 Are you shocked that Neon isn’t a morning person? Despite all that voltage in her suit, she quickly shuts down Skye’s offer to go for an early stroll: "Skye, I like morning runs, but morning implies sunlight. No more 4 a.m. wake-ups, you maniac."

According to Neon, 4 a.m. isn’t morning because the sun isn’t out yet. Fair enough. At the start of the match with Skye on her team, Neon will say this voice line, and the relatability makes it one of the funniest of the bunch. 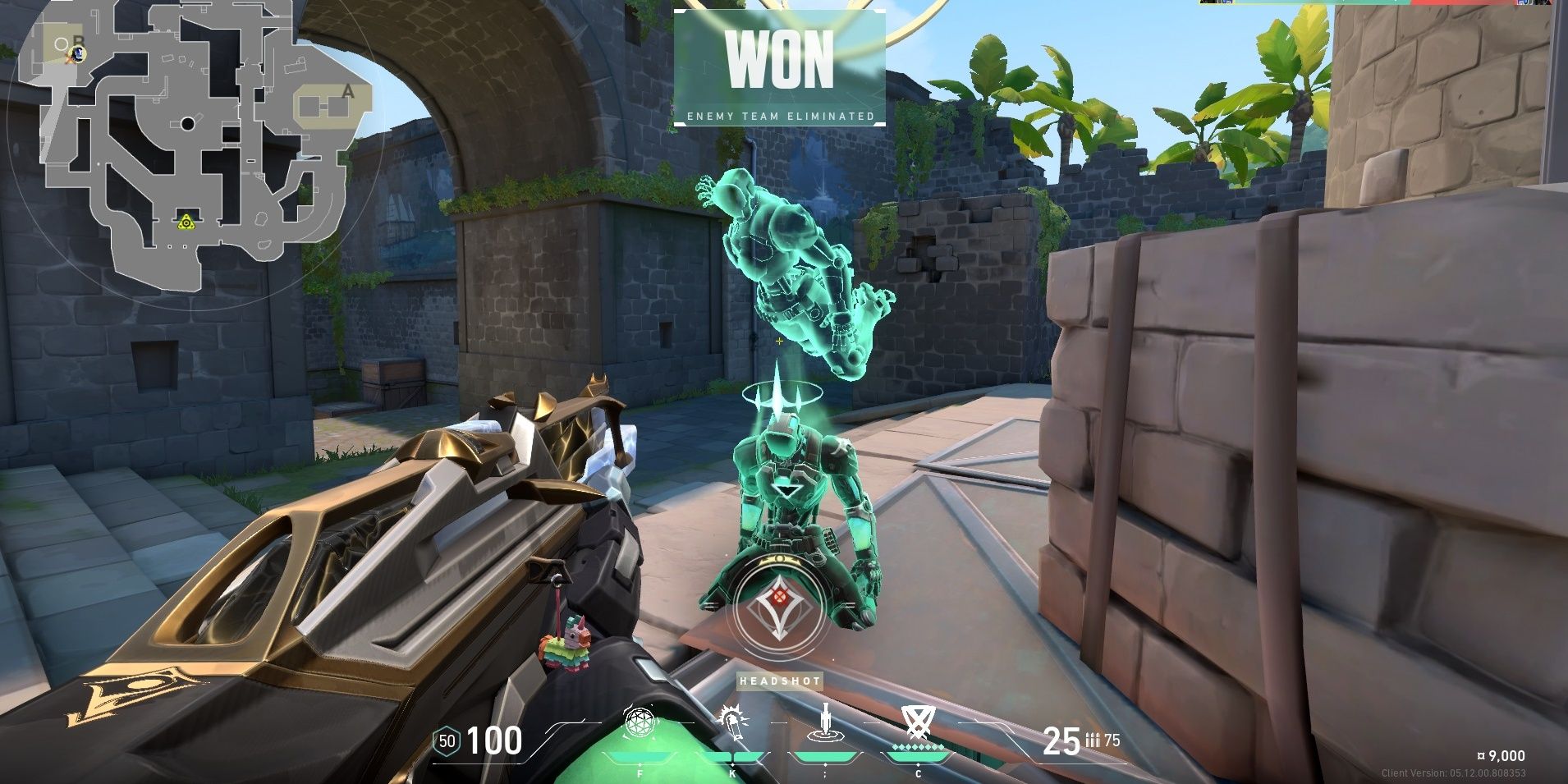 That's it. That's the funniest voice line in Valorant, "Toaster!" KAY/O has some remarkably funny lines, but this one is the icing on the cake because of his personality and the situation in which it happens.

KAY/O will call the enemy KAY/O a toaster upon killing him, and it's the funniest thing you'll hear in the game. Imagine someone types to you in chat at the end of a round to trash talk, and they call you a toaster. It's hilarious and punchy, which is why the Valorant community loves KAY/O and all of his voice lines.