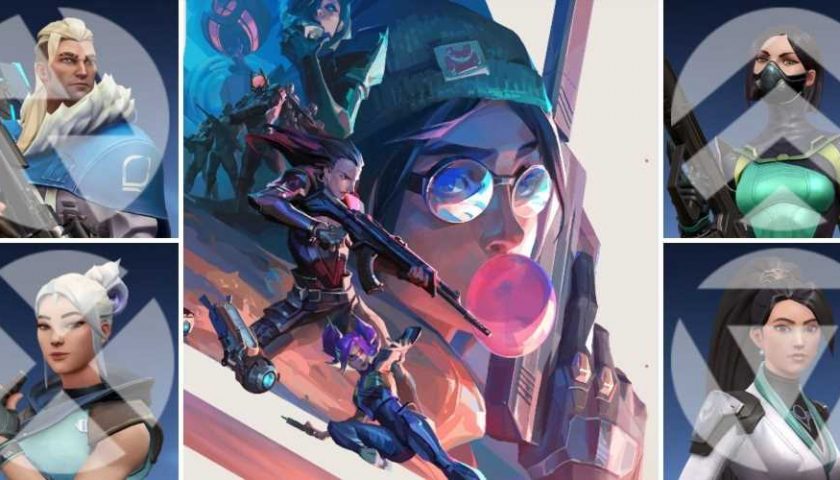 Valorant is a five-vs-five Tactical Shooter game that has fast-paced dynamic combat much like CSGO. The difference is that, in Valorant, every Agent has a unique set of abilities that they can use to gain a competitive edge over the enemies. These agents are divided into multiple classes.

Each Agent's class defines their play style and combat abilities. While they are all unique in their own way, these classes can be used to find the perfect Agents for yourself. There are currently four classes in Valorant: Sentinel, Controller, Initiator, and Duelist. Each class serves an entirely different purpose in a team. 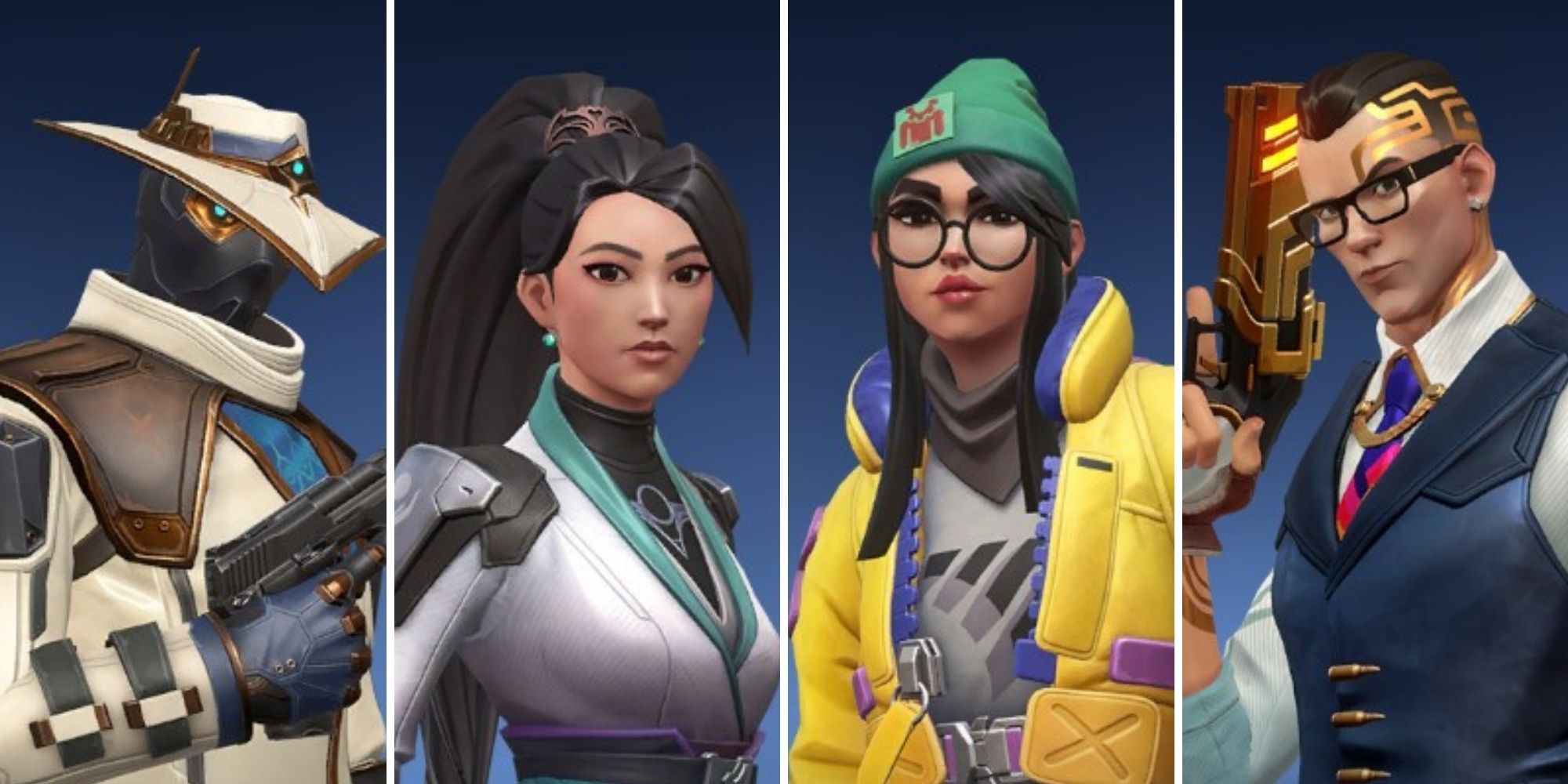 Sentinel is, in every way, the defender class in Valorant. They're meant to hold a site and their ability to do so is strong that if an enemy realizes that one of these Agents is on a particular site, they would be tempted to switch and push the other site.

Generally, their abilities consist of tripwires, slows, or something that would make you aware of an enemy's location nearby. These abilities are usually placed on choke points where an enemy doesn't expect them and when they go through them, your entire team will be aware of their location.

If you're playing as a Sentinel for your team, your real power shines during the defensive rounds. You can also be extremely useful during the post-plant situation if you're on the Attacking side as you can place your abilities on flanks and deny any possibility of getting ambushed by the flanking enemy.

Sage is a unique Sentinel as she doesn't have any abilities that can provide you information about an enemy's location specifically. Instead, she is designed to slow an enemy's push and deny them from getting into certain areas while also healing and reviving teammates.

To play Sentinel, you will require a lot of patience as you need to sit in one position and wait for the enemies to run into your abilities. Moreover, it's good to have one Sentinel in a team at a time. Any more than that can hurt the general balance of your team. 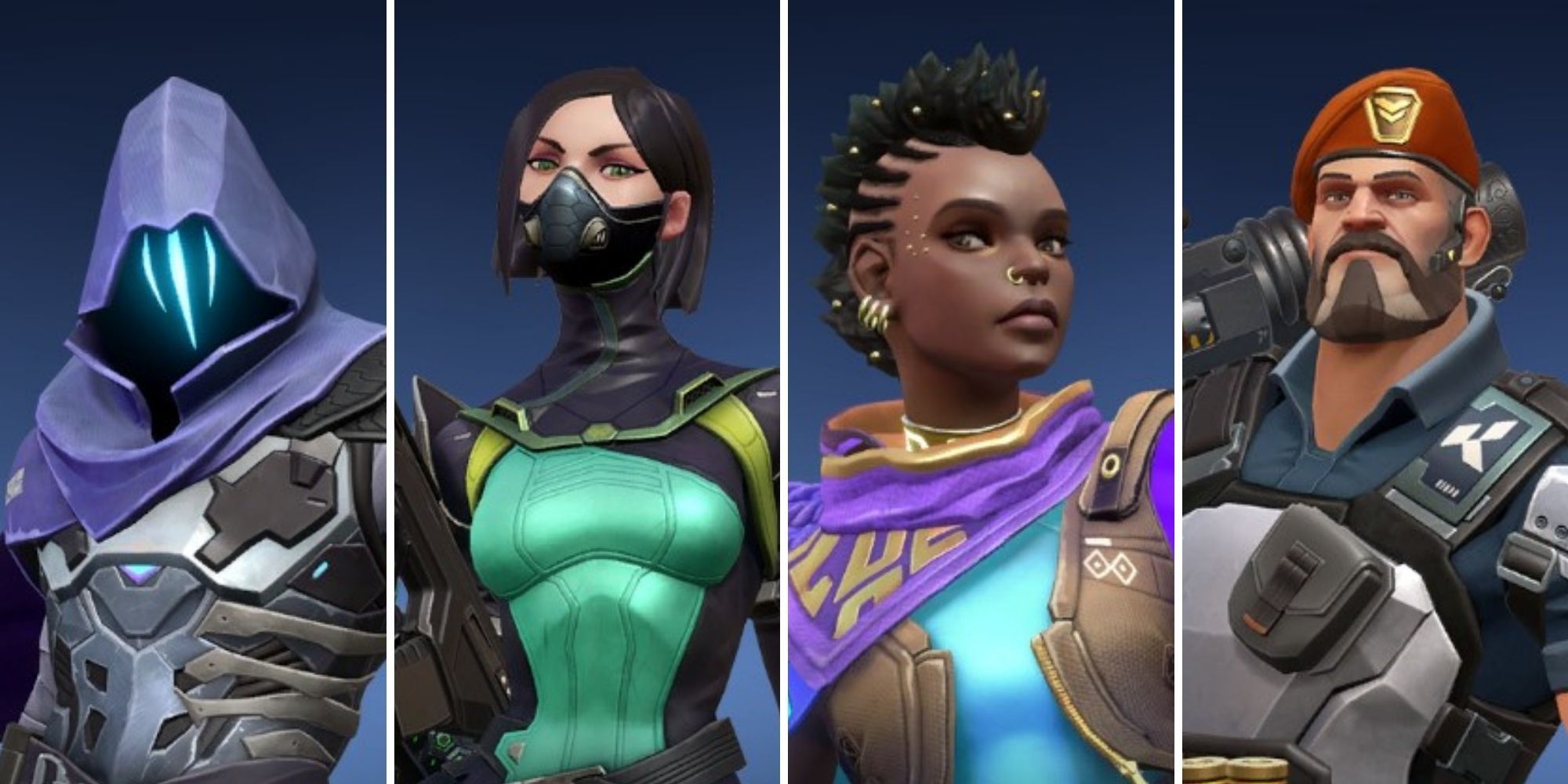 Simply put, Controller is the class that contains Smokes in Valorant. There are some exceptions to it though, for example, Jett has smokes, but she is not a Controller. These Agents can block off certain areas while Attacking a Site which helps in reducing the angles you have to take care of.

The main thing that is common among all of these Agents is their ability to Smoke. Surprisingly, even though all these agents contain smokes, they are still different and unique. For example, Brimstone contains three smokes while Omen has two, but they recharge over time. Viper's smoke applies decay to the enemy and Astra can use her smokes anywhere on the map from any position.

As a Controller, your job is to make sure your teammates don't get killed from off-angles like heaven or back site. You need to ensure safe entry as the teammates using Agents of other classes uses their utility to clear the site. During post-plant, you can make it extremely hard for the enemy to enter if you know where they are.

While playing Controller, you need to have good reaction time and decision-making skills. There will be times when you will face hard choices because you have limited abilities, and you can't block everything. Usually, one Controller is more than enough in a team, and any more can be a hindrance. 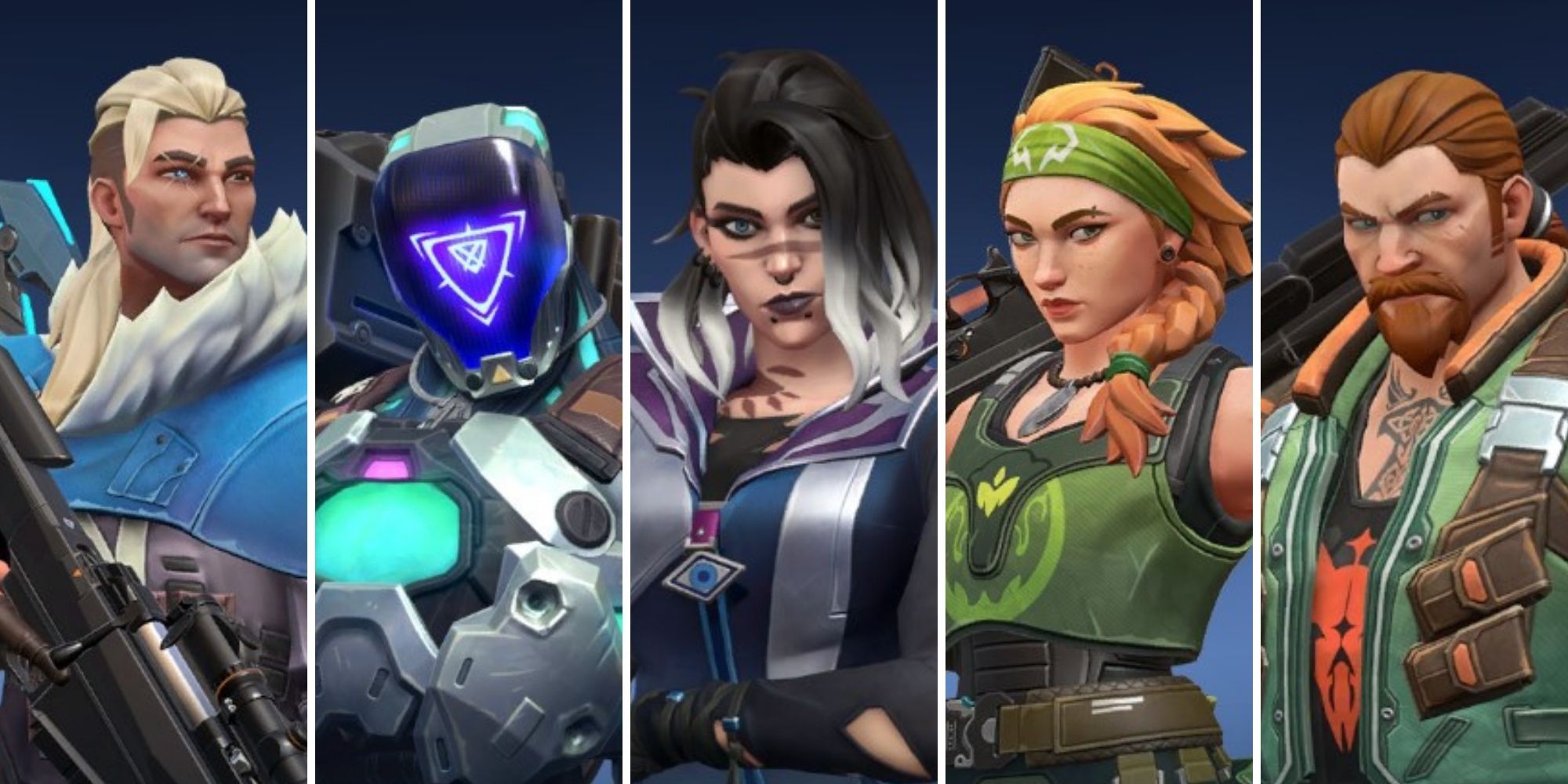 As the name suggests, Initiator takes the initiative whenever the team collectively decides to push a site. Without these, it becomes really hard to breach (pun intended) the enemy's defense line. If you want to enter a site without losing a bunch of teammates, Initiators can help you with that.

There is usually no general skill-set for Initiators. Some of them have recon abilities, while some have flashes, and finally, some of them can clear corners that are extremely hard to clear. Regardless of the Initiator, you're using, the team will rely on you heavily on the Attacking side.

When you're playing this class, you will have to be very aggressive. You're technically the leader of your team on the Attacking Side as you will provide them with a green signal by using your abilities on site. While making a safe path for your teammates to enter, you also convey to them an enemy's location.

Playing an Initiator doesn't mean you have to enter the site first. Usually, it would be the exact opposite. You need to stay just a little far away and throw in all your utility to aid your team in invading the site safely. More often than not, you will be the final person to enter the site. 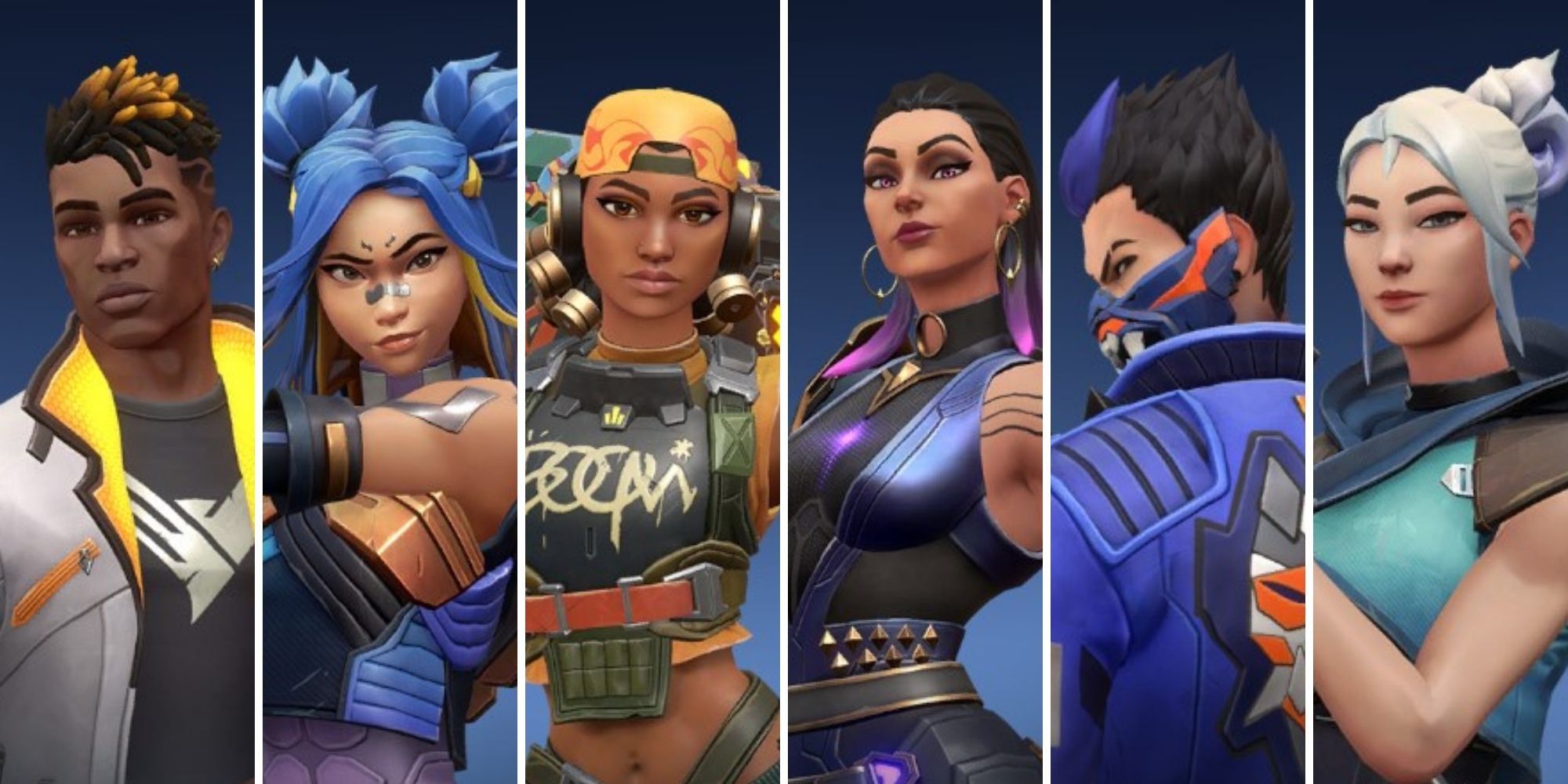 And finally, arguably the most popular class in Valorant, and also the one with most agents in it at the moment. Duelist essentially means you need to excel at the one-vs-one battle. This can even mean that you will fight more than one enemy at the same time, and you're still expected to win.

This is the role that enters the site first during a take-over on the Attacker side. Once your team's Initiator gives the green signal, every duelist can break the enemy's defensive formation and defeat them by running into their faces.

Usually, Duelists consist of flashes, stuns, and fast-moving abilities to aid you in facing the battle head-on or escaping when odds are stacked against you. A good duelist can be a nightmare for enemies as the members of this agile class are hard to kill, if played correctly.

Riot also seems to struggle while balancing the agents in this class. The characters of this class are all over the place with some of them being too strong, and some being borderline useless in a game (sorry fire guy). This is an extremely fun role to play, and its popularity is justified.

As a duelist, you're expected to pick out enemies that are alone and aren't being covered by their teammates. Unfortunately, you're also going to be blamed by your teammates if you aren't able to break the enemy's defense and enter the site.

How To Find Your Comfort Class 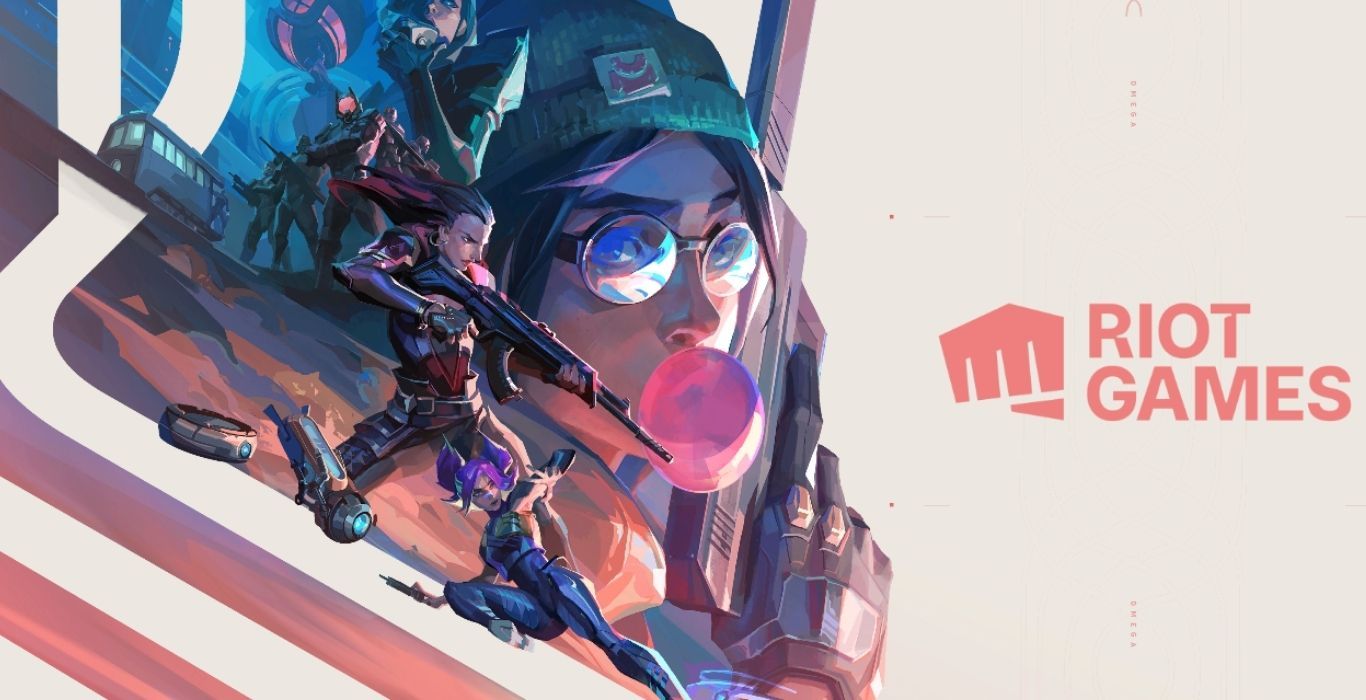 Using the information provided above, you should be able to figure out the class that suits you the best. But if you're new to FPS games or gaming in general, it would be best to just get in a game and try every class out for yourself.

Ultimately, it also depends on what your team requires so the agent and class you have to pick can differ in every single game. If you aspire to play competitive and climb the rank in Valorant, you have to excel in more than one class. While you can still be a 'One-Trick' and insta-lock Jett every single game, it is usually taken in bad faith.

The best team compositions for every map are listed below, but you don't have to follow this by the book. If you're confident that you can do better as an agent of a different class than suggested, go for it.