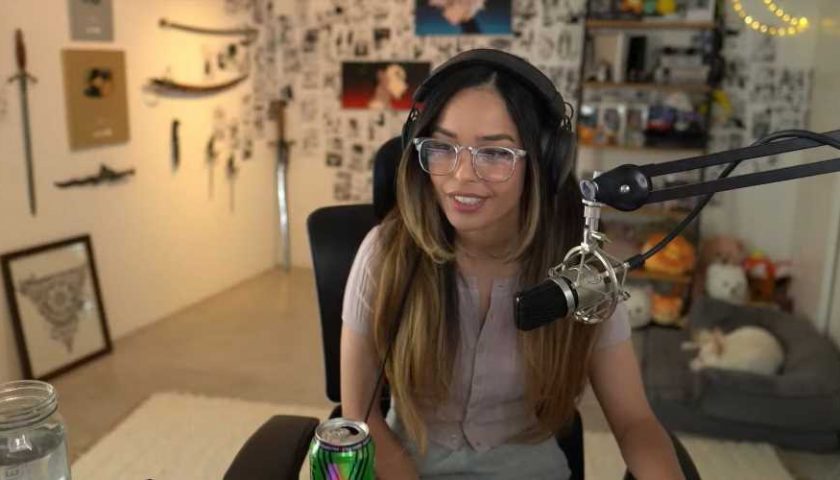 YouTube streamer Rachell 'Valkyrae' Hofstetter used to enjoy roleplaying in GTA Online on the NoPixel server. It's a popular place for streamers and hardcore fans alike. She had to take a step back because she became too obsessed with it, but has just revealed that the reason she now stays away is the community itself.

As reported by Dexerto, Valkyrae appeared on fellow streamer kkatamina's New Year's Eve stream and the pair discussed the game. "It’s definitely the community, the game’s community, that pushed me away," explains Valkyrae. "I just can’t handle that kind of crazy. Every other crazy is tolerable but GTA 5 RP community crazy is scary crazy, especially because people like me make a lot of mistakes."

Kkatamina agreed with the sentiment, and the pair listed some mistakes they'd made that angered the community and made them feel like it was too intense for them. Valkyrae often forgot important things her character had done or people they'd met, and she also often forgot the controls. Kkatamina said she would accidentally say inventory and the chat would explode at her, telling her the correct term is pockets. They take it seriously over there.

Kkatamina followed up by saying "I'm okay with rules, but I don't want it where it's like, 'That's actually illegal and you could get reported for that.'" Ending on a positive note, Valkyrae said, "I do like that people in the server take it seriously. I think it's awesome. But it's overwhelming."

TheGamer interviewed one of the developers of the NoPixel server recently and the passion and commitment of that community is clear. While it's great for people willing to fully immerse themselves in the world for a long time, and it's designed to help streamers make entertaining videos, it doesn't sound like the best place for variety streamers who want to dip in and out.