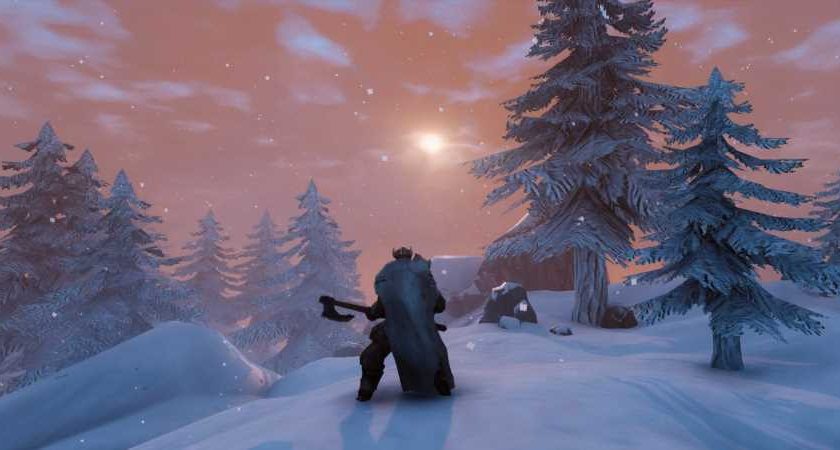 The world of Valheim is a vast sandbox primed for exploration, from the watery depths of the ocean to the frigid peaks of the mountain biomes. These desolate slopes are inhabited only by stout and fearsome predators, with few but precious resources.

Mountain biomes are easy to make out while sailing the seas as they stick out like giant beacons on the horizon. You will also see them clearly on your minimap as white-capped mountains when you get in proximity. If you’re preparing to make the journey into these treacherous biomes, here’s everything you need to know before setting out. 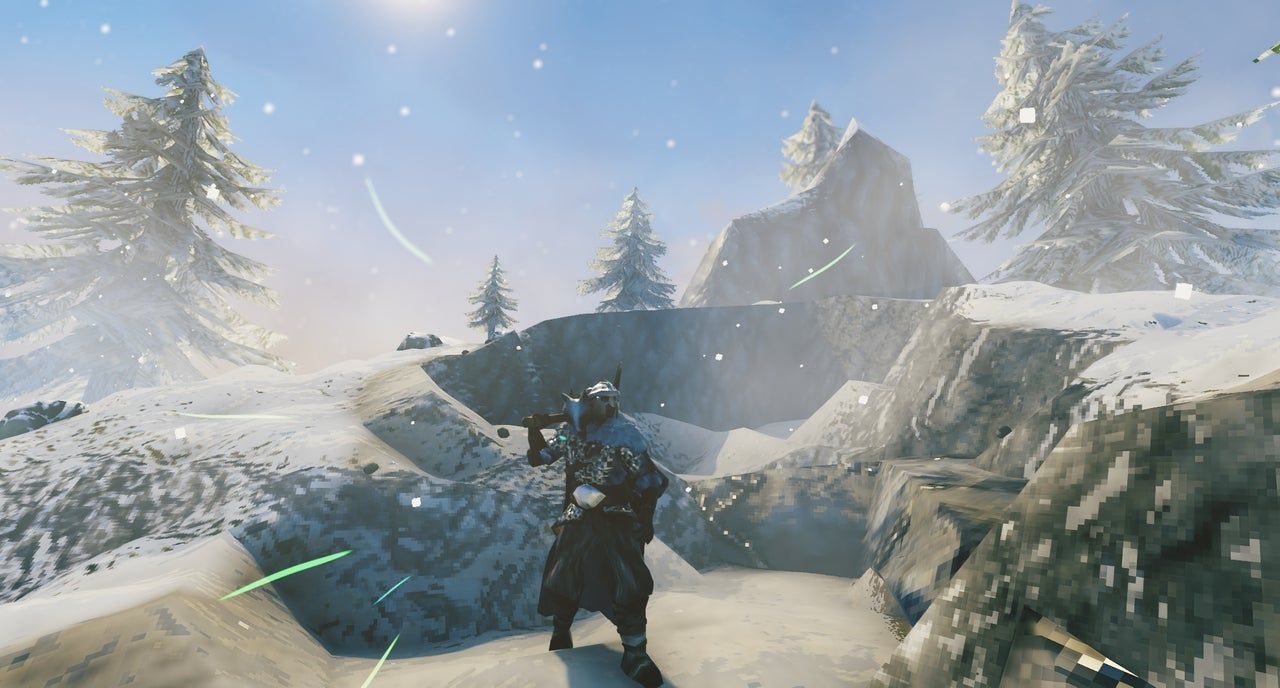 These extreme biomes are even more scarce for resources than the swamp biomes. However, they’re great for mining and are the exclusive sites for silver and obsidian deposits so far.

After defeating Bonemass, you will acquire a Wishbone that will allow you to locate silver veins. You may spot a deposit on the mountain’s surface on rare occasions if you are lucky. However, they run underground more often than not, so it’s better to rely on the Wishbone to detect them.

Silver is needed to craft some of the best weapons in the game currently, including the Draugr Fang bow and the Frostner war hammer. It is also required for crafting the cloaks and armor you will need for prolonged treks through the mountains’ frigid climate.

Obsidian deposits are only found above the surface. Appearing as spherical stones with deep black veins, they are much easier to spot than silver. Obsidian is used to craft the Tool Shelf workbench upgrade and several types of arrows.

Both of these rare minerals must be mined with a pickaxe of superior make. The iron pickaxe (or a stronger one, at that) will do the trick.

Dragon Eggs can also be found nestled amongst the crags of the mountains. They are extremely heavy, unable to be teleported, and have the exclusive use of summoning Moder for the mountain top boss fight.

Chests found amongst the stone ruins in this biome hold a lot of the usual loot from other biomes like Amber and Ruby, with the addition of Frost Arrows and obsidian. 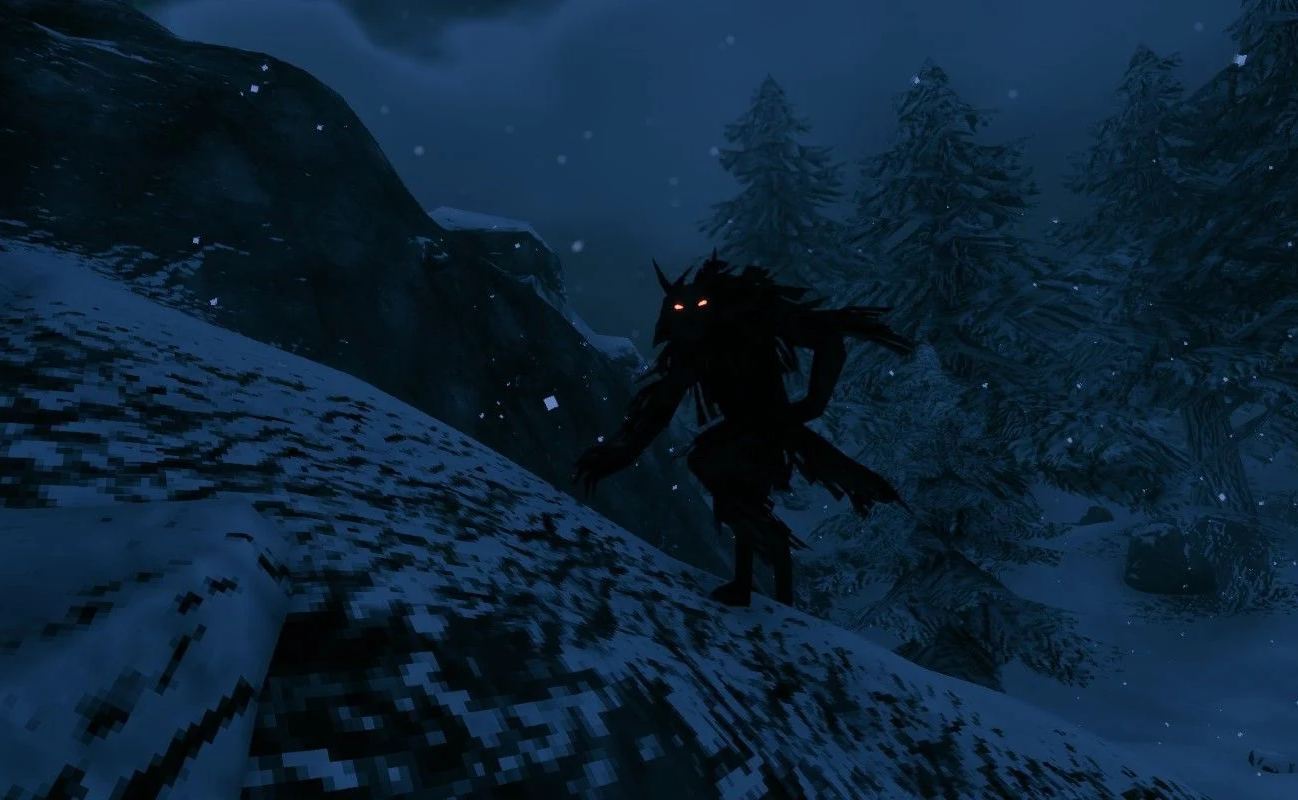 Unlike some of the milder biomes, the mountainous region’s harsh climate presents inherent dangers in addition to the hostile creatures that reside there. Naturally, that means some preparations are required before starting the trek into these high altitudes.

You will need to brew Frost Resistance Mead for your first venture into the Mountains. During this first trek, your sole priority should be to gather the materials needed for  Lox or Wolf Capes and Wolf Chest Armor, all of which will help ward off the mountain chill more permanently.

Every creature you come across in the mountains will be out for blood. This includes Wolves, Drakes, Stone Golems, and Fenring, though the latter only seems to appear at night.

Wolves are a simple threat, resistant only to spirit damage. Hunting them will be a top priority as they drop Wolf Pelts and Fangs. The pelts you will need in order to craft the Wolf Armor needed for surviving the extreme cold, while the fang can also be used in the Wolf Leg Armor or to craft a Fang Spear.

Drakes are weak to fire and a relatively simple kill with a bow, so lots of fire arrows are a must. Beware of their Frost Breath attack and be prepared to dodge aside. These winged beasts drop Freeze Glands which are requisite components in making Frost Arrows and the Frostner war hammer.

Stone Golems are unique in that it’s best to use a pickax against them. Naturally, Golems will drop Stone upon defeat, though you can also loot Crystal from them as well. These gems currently have no known use within the game, but we’ll likely see a use for them soon in a future update.

Fenrings are also weak to fire and it’s not recommended to fight them in melee anyhow, so Fire Arrows will be a great asset here as well. If you do find yourself up close with one, be wary of countering their attacks as they can rebound from your parries instantaneously. Like wolves, Fenrings also drop fangs.

Once you have conquered the harsh mountain environment and bested the hostile beasts, it’s time to begin the painstaking excursion of summoning and defeating Moder, the dragon boss of the Mountains Biome.

NEXT: Valheim: How To Defeat Yagluth 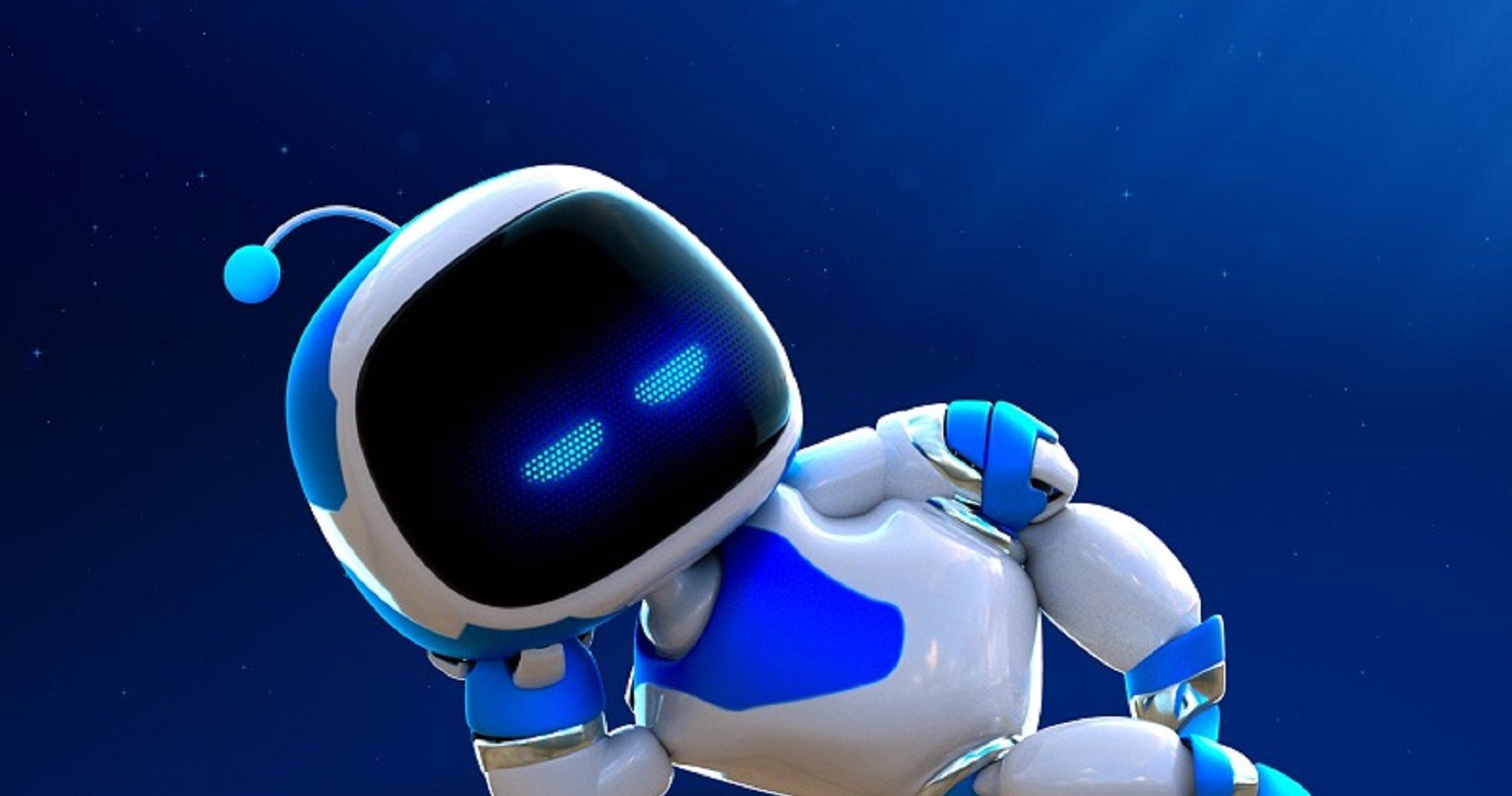