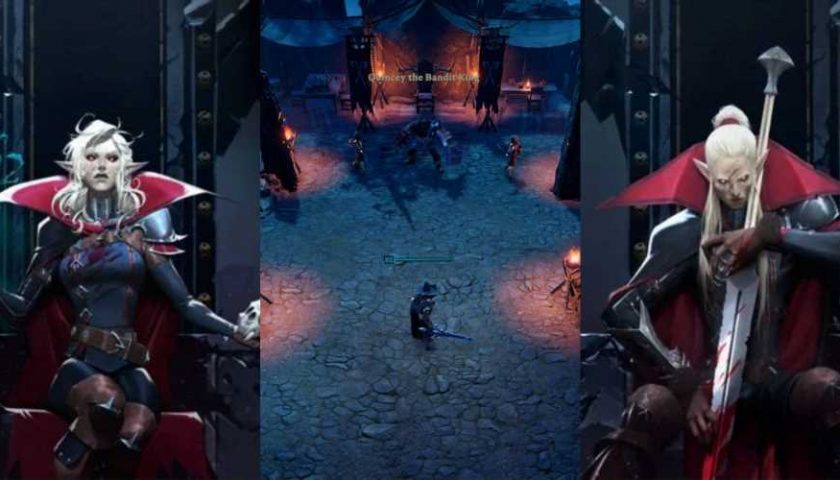 Throughout the early game of V Rising, you will no doubt have battled many Bandit enemies and leaders. To finally beat the enemy forces, you must defeat their overlord: Quincey The Bandit King. A powerful warrior, Quincey is surrounded by guards and is not an easy boss to reach, let alone fight, and he will present a significant challenge for under-prepared players. However, he is worth the hassle and will reward you with your first Ultimate ability.

This guide will teach you where to find Quincey The Bandit King, the best strategy for defeating him in battle, and what rewards you will receive upon claiming victory. 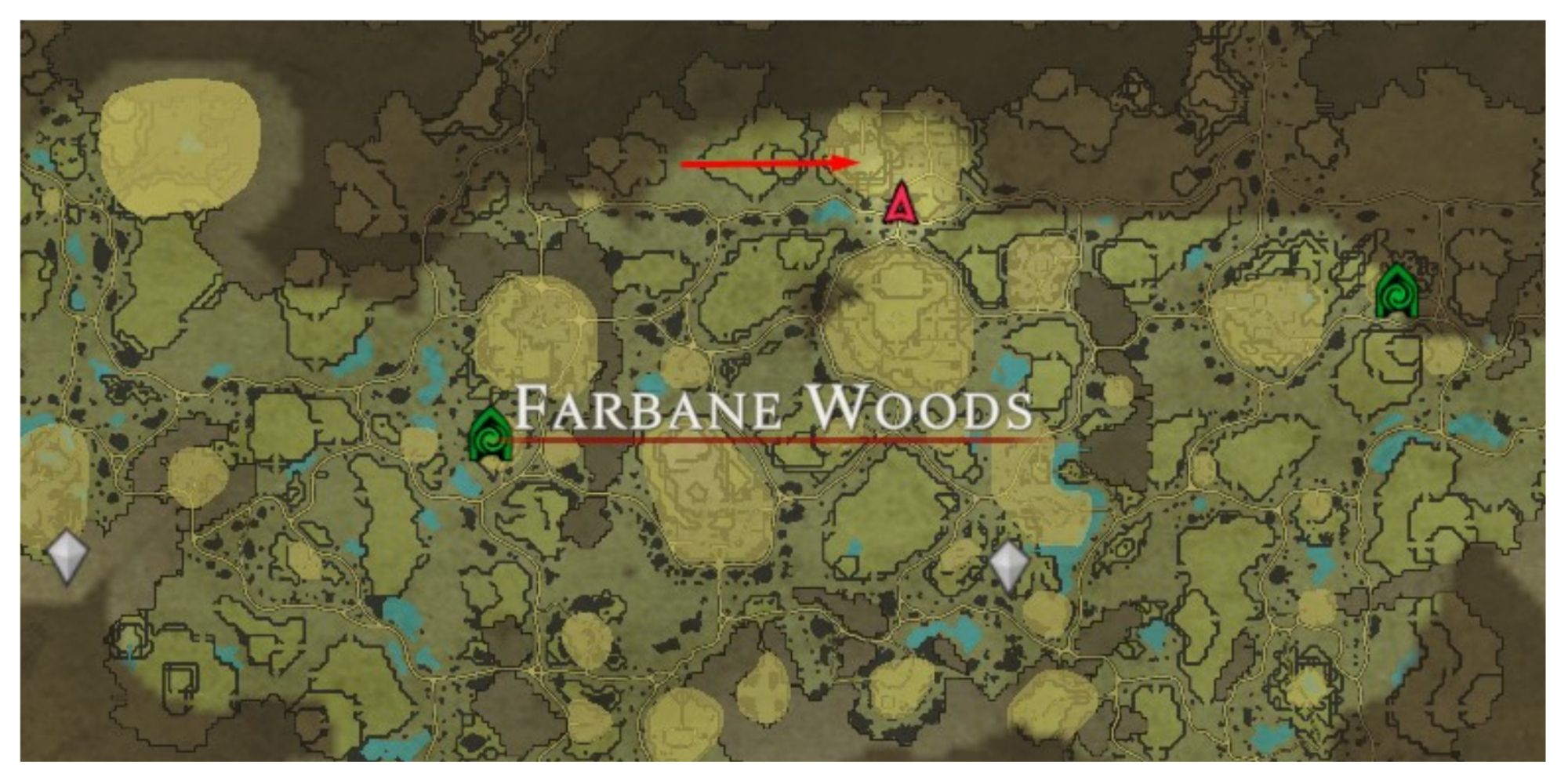 Quincey The Bandit King can be found deep within the Bandit Stronghold, to the North of Farbane Woods. You may have come across the entrance to this fortress throughout your travels and noticed that it is barricaded shut. To destroy the barrier and enter, you must either utilise a Minor Explosive Box, crafted in your Alchemy Table, or morph into Bear Form and use your Q ability.

Bear Form is much more straightforward to acquire, as you need only defeat the Ferocious Bear boss, whereas the Minor Explosive Box will require the mining of Sulphur, and defeating Clive The Firestarter.

Once inside the Stronghold, you will have to battle your way through groups of Bandits, as they are numerous and block the road up the hill to Quincey. Rat Form could be useful if you want to try and skip some of them, otherwise make sure not to pull too many and risk being overwhelmed. The Bandits will be a mixture of the various types you have encountered thus far, with the Trappers and Bombers providing the biggest threat to you. Quincey is situated at the very top of the stronghold, and it may take you a while to reach him. 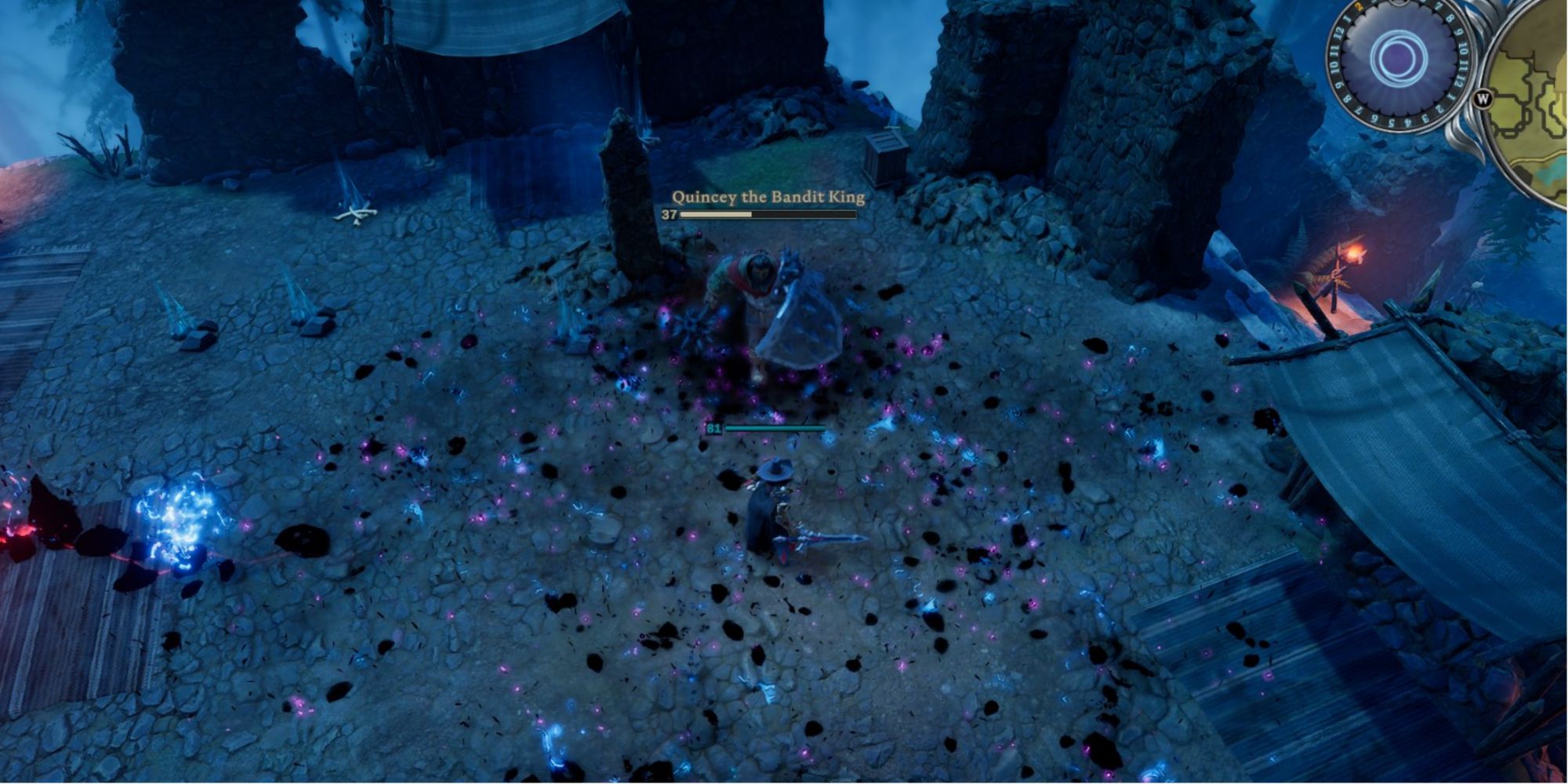 Quincey is a combat level 37 boss and can be an intense fight. He hits very hard and has a lot of health so be prepared with Vermin Salves beforehand. He will start the fight with two Bandit Guards, which you can make short work of, and throughout the fight, he will periodically call Bandits to aid him. Make sure to get rid of these, as you will want to focus on what Quincey is doing and give yourself as much room as possible.

Quincey's first ability is Merciless Charge, a fast, powerful attack that will stun you at the end. Upon dropping below half health, he will cast this ability three times in succession, so be prepared to keep moving. Quincey's shield will glow purple before he starts hitting charge, so strafe to the side should you see him light up.

Quincey's shield will also glow purple when he casts his Chaos Barrier spell. This will reflect frontal attacks much in the same way as the Bandit Guard mobs, and can even project your spells back at you. The shield does not last very long, so either move to the side or wait it out before firing any spells towards Quincey.

Quincey's last ability is Aftershock, acting in exactly the same way as Eroll The Stonebreaker's. Three purple lines will shoot out in a fork, before exploding and inflicting Chaos Burn. This spell covers a large area, so you will want to save your Travel ability in order to effectively dodge the projectiles.

By this stage of the game, you will want to have most if not all the Merciless Nightstalker Armour, and a Merciless Copper Weapon, with the Sword giving you the highest DPS output. For Spells, take a single target focus, with Shadowbolt and Chaos Volley. 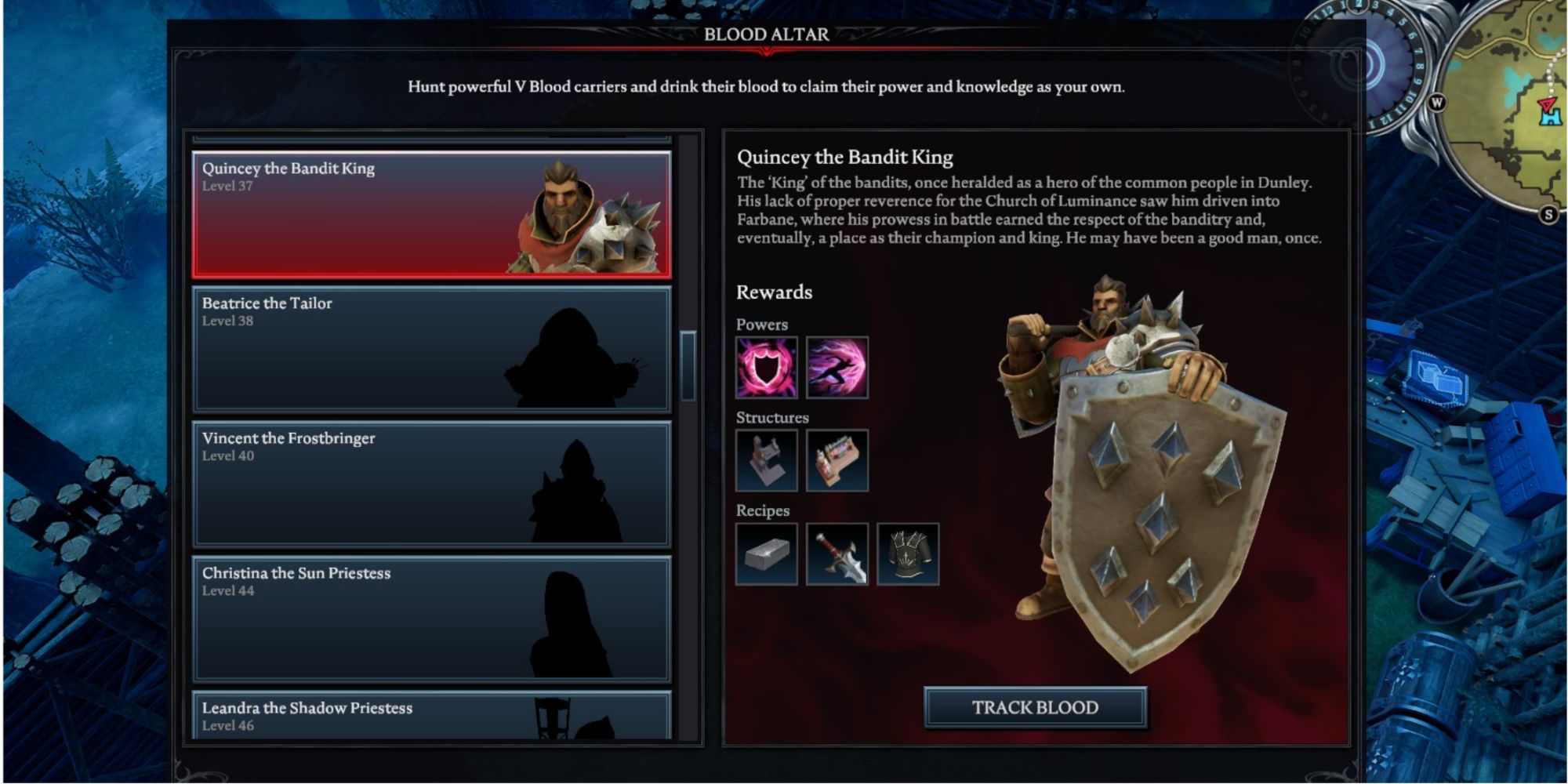 Quincey The Bandit King is certainly the most impactful early game boss to defeat, as he provides you with various extremely important rewards. His first is the Merciless Charge Ultimate Ability, a powerful frontal charge that pushes enemies back, stunning them at the end. This is a great addition to your arsenal, and can even be used as an emergency movement option. It has a hefty cooldown, but the charge is powerful enough to reposition bosses.

The second ability you will gain is Chaos Barrier. Blocking two frontal attacks while increasing your movement speed, the shield will fire out chaos bolts when hit, dealing damage and applying Chaos Burn. A decent ability, but potentially difficult to incorporate, its PvP uses are much greater than its PvE ones, owing to the ability to deflect strong spells and attacks.

Potentially even better than these abilities, Quincey will also provide you with the Smithy and Tailoring Bench structures, and plans to start crafting your own Iron Gear. Being able to finally smelt Iron Ingots in your Furnace, as well as Iron Weapons and Hollowfang Armour, will give you a significant power increase, and you can finally enter the next tier of equipment.