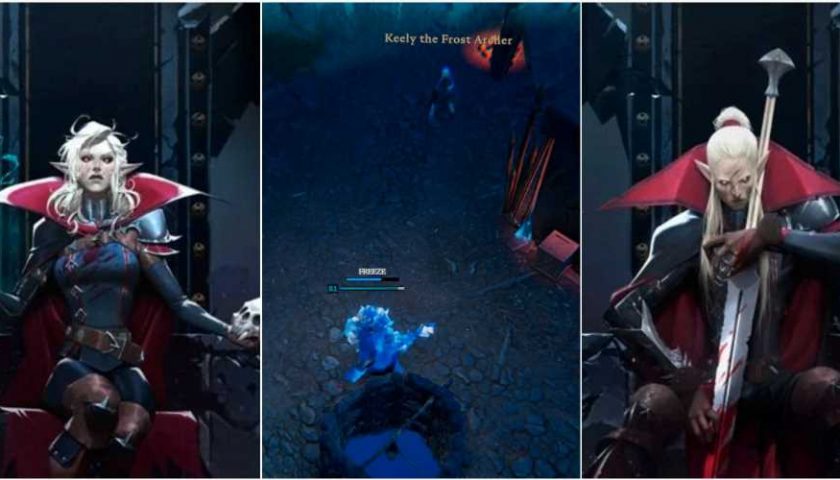 At its heart, V Rising is a game based on collecting resources to help unlock better structures and equipment. In order for you utilise these resources, you must first learn various recipes. These can either be random drops throughout the world or direct rewards from killing bosses. One of these rewarding foes is Keely The Frost Archer, an enemy that introduces you to a wider variety of mechanics than the previous early game bosses can offer.

This guide will explain where to find Keely The Frost Archer, how to play around her various moves and abilities, and why you will want to have this fight in the first place. 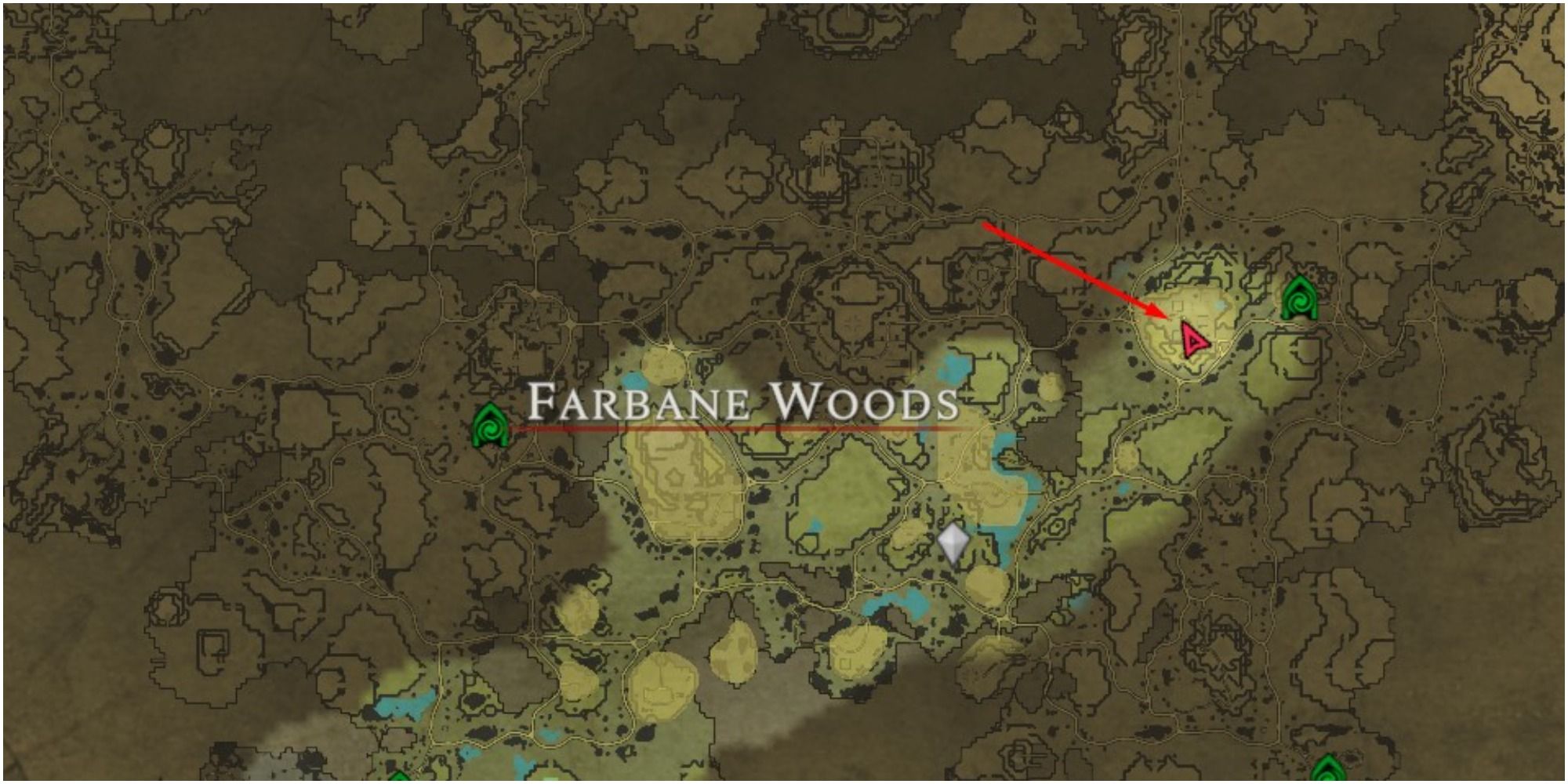 Keely The Frost Archer is located in the Eastern section of Farbane Woods, in the middle of the Bandit Trapper Camp. As its name suggests, this camp is filled with Bandits, and the Trappers' snare ability can leave you exposed to either being attacked from multiple angles or to your worst enemy: direct sunlight. The Trapper Camp be found slightly to the West of a Waygate, a special teleporting device that allows you to instantly travel to another discovered Waygate location, provided you are not carrying any resources.

These Waygates are a great way of quickly traversing the map, especially as you approach a boss encounter. However, they are much less useful should you be seeking to return home due to the resource limitation — although this can be turned off on private servers.

There is no special entrance to the camp in order to reach Keely, and you will have to clear out some Bandits to give yourself sufficient room to fight her, but at this stage in the game, regular Bandits should not be a serious threat to you. A good place to battle Keely is near the large tent, as this can provide you with a wall to hide behind and some shade if you engage her during the day. However, she has a habit of running inside the tent, and fighting her in such an enclosed space is generally not recommended as you will have less room to dodge her abilities. 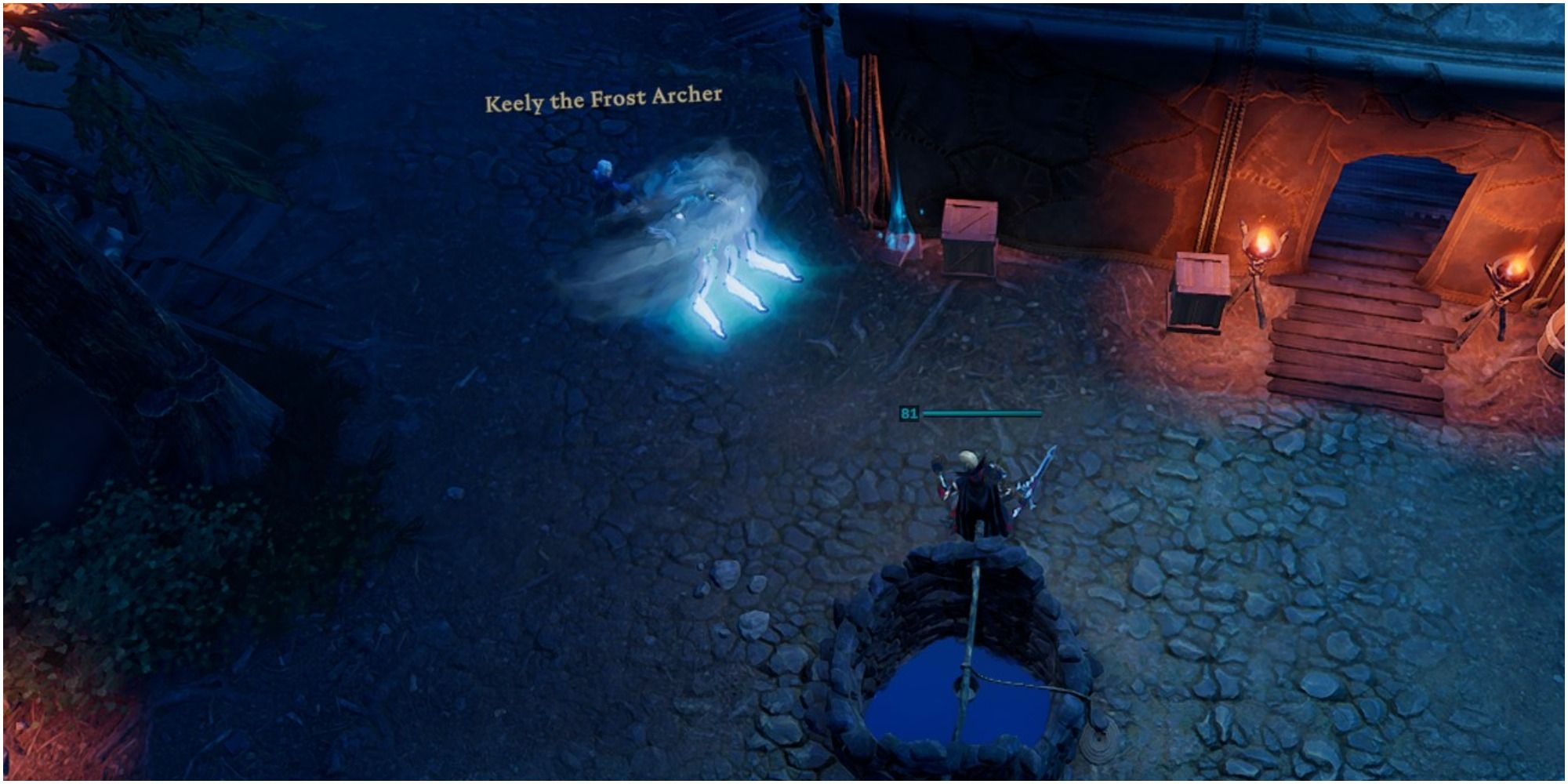 Keely The Frost Archer will attack you with three main abilities. Her first and primary attack is a ranged spell that fires three Frost Arrows towards you in a cone. They will spread out from her so dodging to the side when at range can be difficult. However, there is a fairly long animation before she fires her arrows, so if you are close to her, you can easily run to either the side or rear in order not to get hit.

Her second ranged ability is an aerial Barrage of Frost Arrows, which will cause you to become Frozen if struck. They will splatter across the ground for a few seconds and can be avoided by simply running away in a chosen direction.

Getting Frozen is fairly detrimental as it can allow you to be hit by her other moves, but it is by no means fatal — unless you are caught in sunlight or swarmed by other enemies, of course.

Keely's third ability is to turn invisible and run away in a random direction. She can be barely visible as a watery visual effect, and any effects you have previously applied to her will remain visible. After exiting this stealth mode, she will use either her Tri-Shot or Barrage. Try and follow her as she runs to be ready to dodge whatever ability she decides to use.

The general strategy is to remain close to the boss, circling her to avoid the Tri-Shot, while running away to safety if she uses her Barrage. Any weapon will do the trick and a full set of Boneguard Armour is plenty of defense for this encounter. 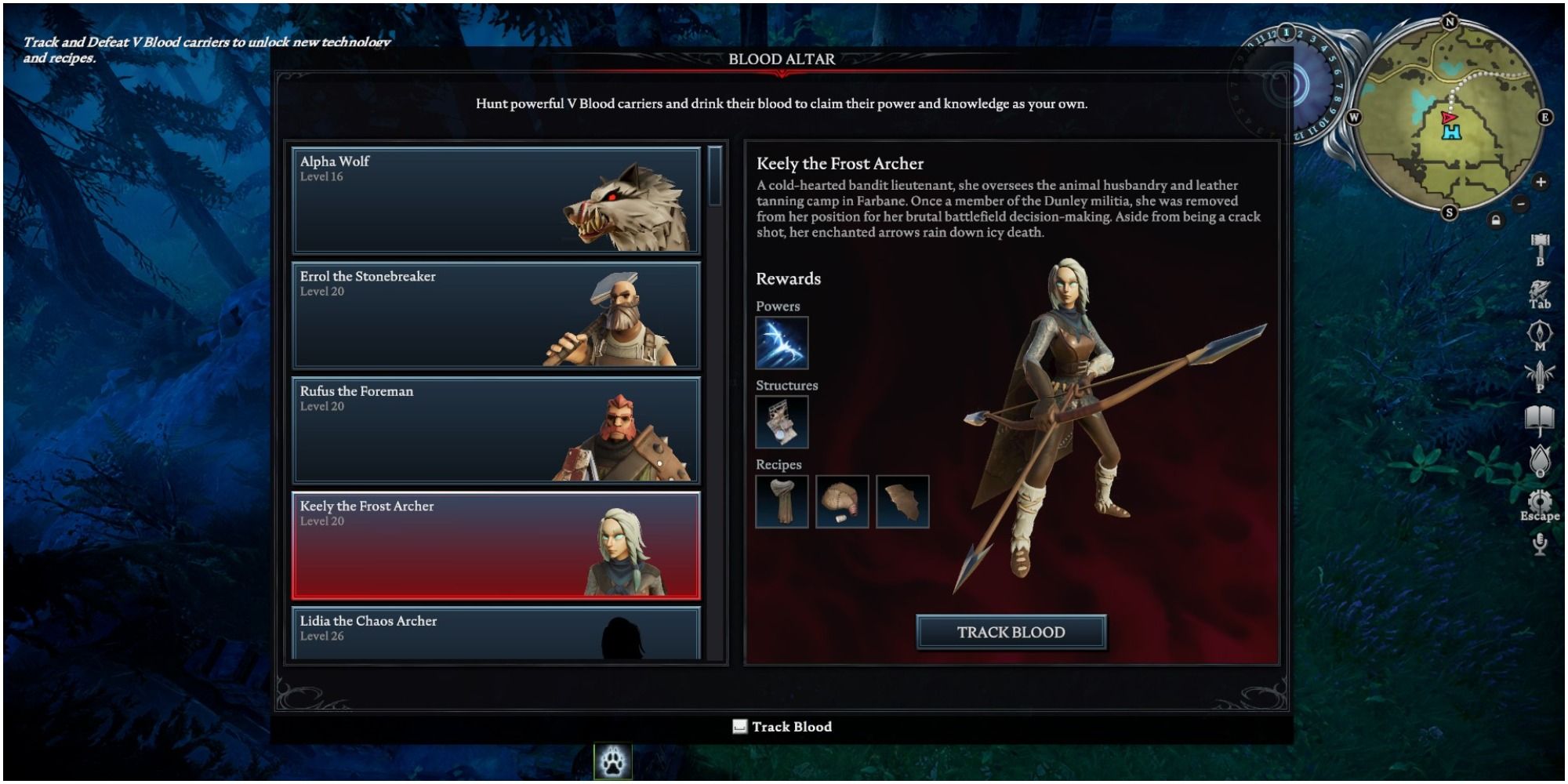 Draining Keely's V Blood will reward you with the Frost Bat power. This will launch an icy projectile forwards, damaging and slowing enemies with its explosion. A solid spell and potentially useful if you are getting overwhelmed and forced to kite. Nevertheless, with only two spell slots available there are other more attractive options for raw damage output.

Keely will also reward you with the Tannery structure recipe, an extremely important processing piece, as it will allow you to turn your Animal Hides into Leather. This is a must-have for your progression as Leather is required in a large number of recipes, including better Armour.

These two rewards are your primary goals of defeating Keely, as the Traveler's Wrap and Canteen recipes are only of minor use. The Canteen can be used to extend the life of any Horse you have tamed, and the Wrap will provide you with a small amount of Health and Sun Resistance. On the other hand, the Tannery is by far and away the most important benefit of defeating this boss, as it will allow you to start processing all the Animal Hide you will likely have been storing up.