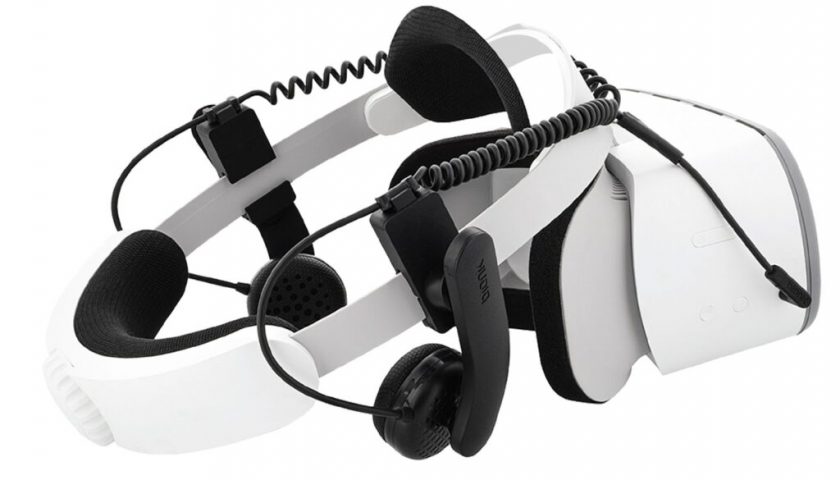 Bionik has made a name for itself in the virtual reality (VR) accessory market thanks to its Mantis VR headphones for PlayStation VR. This summer the company will be expanding its range with a new set of headphones as well as a facial interface specifically for Oculus Quest 2.

Rather than tailored to one headset the new Mantis VR headphones have been designed to fit multiple devices. The detachable audio system clips directly onto the head strap with a coiled cable plugging into the 3.5mm headphone jack. So there’s no excess cabling to worry about in comparison to a normal set of headphones and you can freely adjust them for the best placement.

From the details provided the new Mantis VR headphones will only clip to a rigid head strap system, so the standard soft strap supplied with the Oculus Quest 2 won’t be suitable. By the looks of it, the Elite Strap should suffice – so long as yours hasn’t managed to split. The Mantis VR system will retail for $59.99 USD when it arrives this summer.

And for Oculus Quest 2 owners looking to replace a damaged or dirty facial interface at a cheaper price than the official Oculus version then the Bionik Face Pad VR is coming. The company says the new face pad is made with “soft, absorbent hypoallergenic materials,” and “features ventilation portals for added airflow and breathability.” So it could be good for those who like to exercise in VR. The Bionik Face Pad VR will retail for $14.99.

Bionik’s latest accessories join a rapidly growing industry now that dives the Oculus Quest 2 are taking VR mainstream. From small companies like VR Cover which offers a range of add ons for multiple headsets and large corporations such as Logitech and its headphone and keyboard products, to 3D printed gun stocks, there are plenty of ways to augment your VR experience.

As the VR accessory market continues to grow, VRFocus will keep you updated.