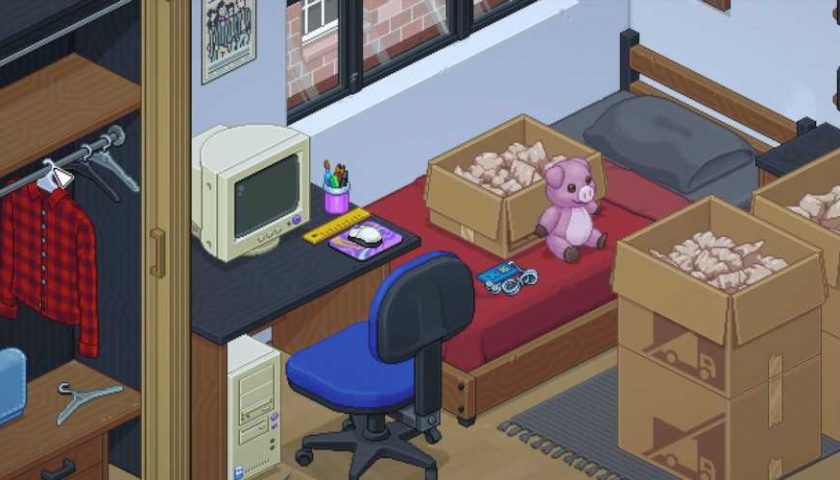 When Unpacking launched at the end of last year, I didn’t really get it. There were some fantastic moments of storytelling, with the college diploma that needs to be stored under the bed because your partner won’t move any single thing to accommodate your proudest achievement, but I just didn’t get it. I appreciated the foley design, and the colourful artstyle, but I just found it endlessly frustrating. Having recently moved house, I’m here, cap in hand, humble pie crumbs all around my mouth, to let you know that I was wrong.

The gameplay of Unpacking I mostly loved. Organising shelves and cupboards for the best mix of aesthetics and efficiency is fantastic, and getting to do it in a video game, without the heavy lifting or folding involved in real life was a joy. What I found a little frustrating was the inability to actually unpack – you often lacked the space to just put everything out on the floor, chuck the boxes to one side, and get on with it. You were forced to put things away mid-unpacking, then once everything was out, move them from their space to the floor and then decide again if they should go back.

I disliked this at the time, and I still find it irritating. Back in the real world, we have gone from around 50 boxes when we moved to around 25 left, and many of those are clothes that we can’t put away until the wardrobe is delivered. Hey wait, where are you going? Come back, meagre audience who clicks on features about months-old indie games, and listen to more tales of my dull experiences moving house. We also found some old paint in the garage, isn’t that fascinating? Anyway, the point is my annoyance with Unpacking’s failure to let me unpack came from the knowledge that I would not have that problem in real life, and so it has proven. Neatly arranging glasses on shelves is just as satisfying in a real house, and now I can do it without putting half of them away, unpacking the rest of the box, and then trying to put the other half away while moving the original half out of the way. 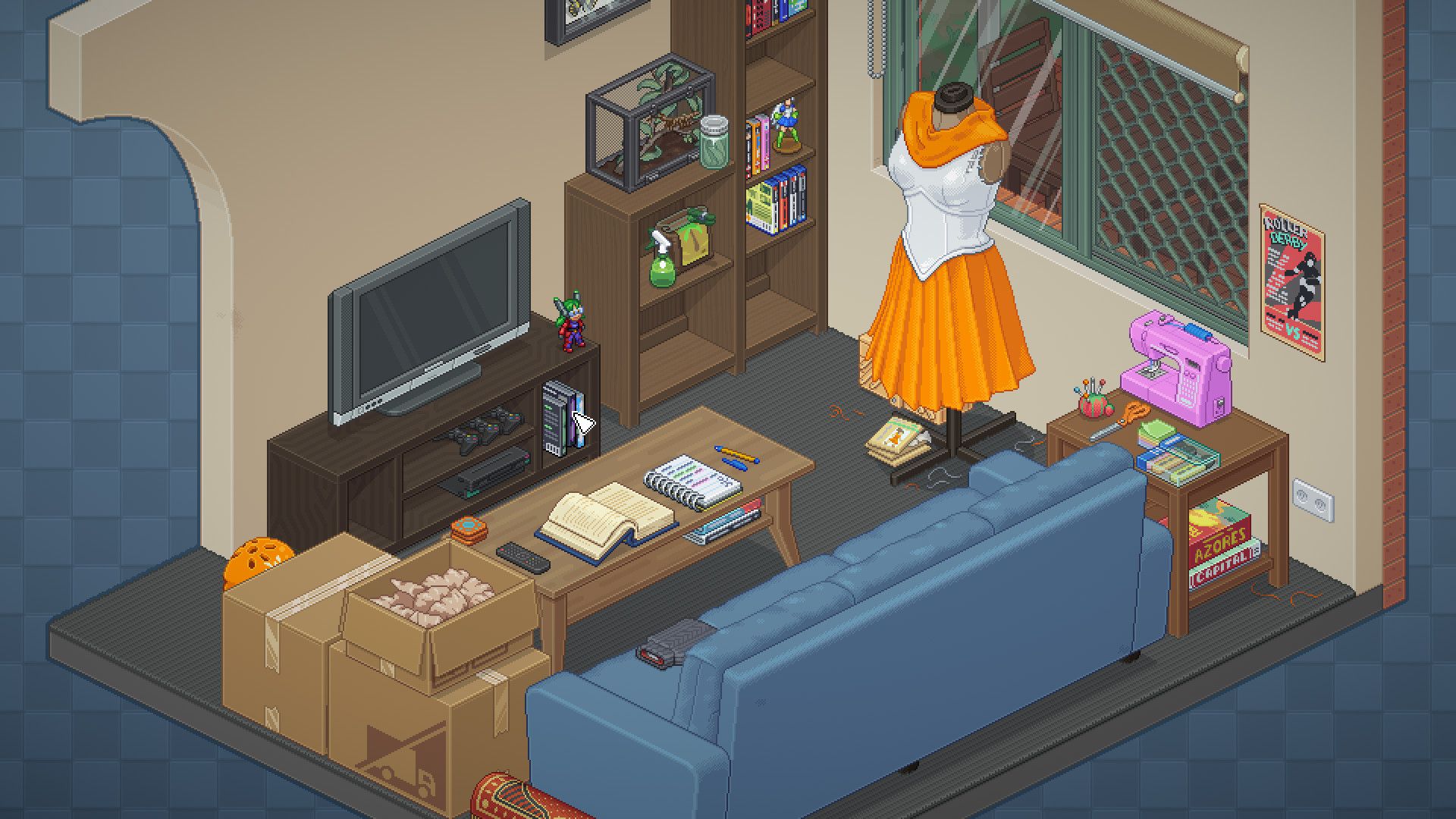 While I might feel vindicated in my criticism of Unpacking for its failure to properly live up to its name, what I was critical of most frequently and most often were the boxes themselves. Rather than neatly have one box for pans, another for cushions, a third for clothes, as normal people might, Unpacking often made its boxes a strange stew of general household items. Emptying the kitchen boxes and getting the room designed to perfection, only to discover the microwave and kettle in the living room storage, was extremely annoying. Not only annoying, stupid. Who would ever pack a moving box this way? The answer, dear reader, is me.

I can explain this moronicy, at least. Moronicy is not a word but I, a packing moron, do not care for correct linguistics. The reason I loved the earliest levels of Unpacking, before the unpacking became too much, was how neat everything was. Books slid perfectly onto shelves. Balled up socks made neat rolls in drawers, never leaving lumps or gaps. When packing to move house, I was compelled to recreate this neatness. The toaster and kettle fit in the same box, and so did the knife block if I took out the knives and wrapped them separately, but then what? No pans could fit in there, and the smaller kitchen stuff was already boxed up. I could have sealed in then and there with some empty space, but where’s the fun in that? No, in go a few books down the side, the hallway picture frames, the bedroom clock. Still a little bit of space? Squash a blanket down into the box. No space left alive. I ran out of bubble wrap while packing up ornaments, so they were neatly rolled into yoga pants and t-shirts. 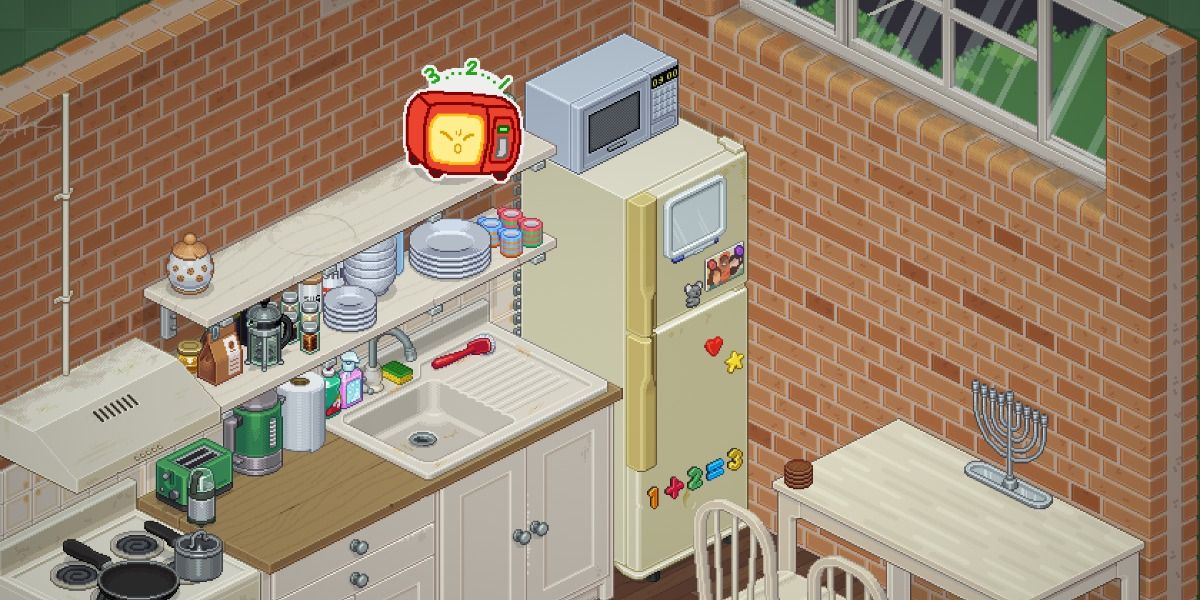 Unpacking has things in the wrong boxes because that’s what humans do. It was not packed for the most efficient unloading methods, but so that every inch of space was taken up. We underestimated how much junk we had twice, and needed to buy a new pack of boxes each time, further splitting up what items went where and we ensured every box was full to the brim. The Unpacking protagonist, who was clearly often moving in highly emotional situations, deserves even more slack. Once again Unpacking, I’m sorry. Those players who thought a GameCube was a toaster so they put it in the kitchen can still fuck off though.