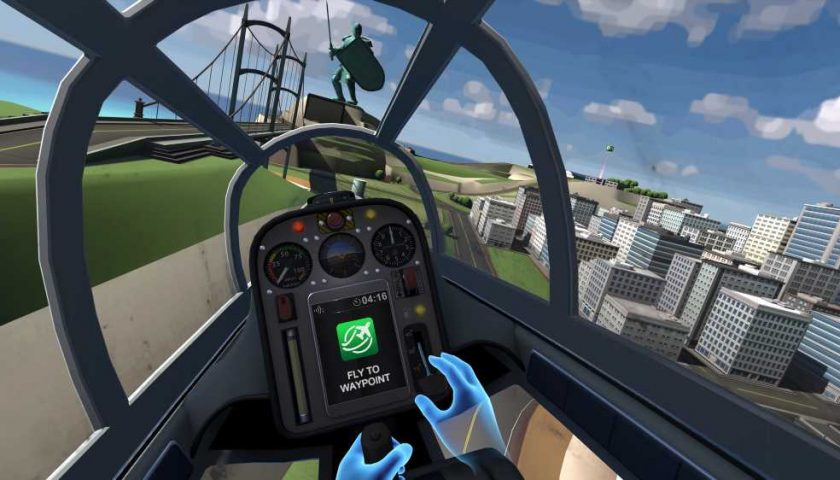 Over the weekend the studio released a GIF of the game, which does not yet have a title, across various channels. It shows what looks like flight combat, with a plane shooting at something on the ground and a small explosion visible just before it swoops overhead.

It’s just a few seconds but it definitely looks promising. If Bit Planet Games can build on the control schemes and the immersion they started establishing with the original games, this could be a big deal. Over on Reddit, the developer confirmed there will also be air-to-air action. More information will arrive in the coming months, apparently, but the title should be releasing this year.

Ultrawings first released in 2017 and Bit Planet has been teasing its next game since early 2018. It’s been three years since those first teases, but the studio did port Ultrawings itself over to Quest during that time and release a flatscreen version of the game, too.

Based on the Reddit posts, it looks like this new game will be coming to Quest, PSVR and PC VR too. The developer also teased that the recent announcement of a new PSVR headset had thrown a possible “wrinkle” in their plans. You can expect the full name to be revealed alongside a full trailer. Are you looking forward to the Ultrawings follow-up? Let us know in the comments below!