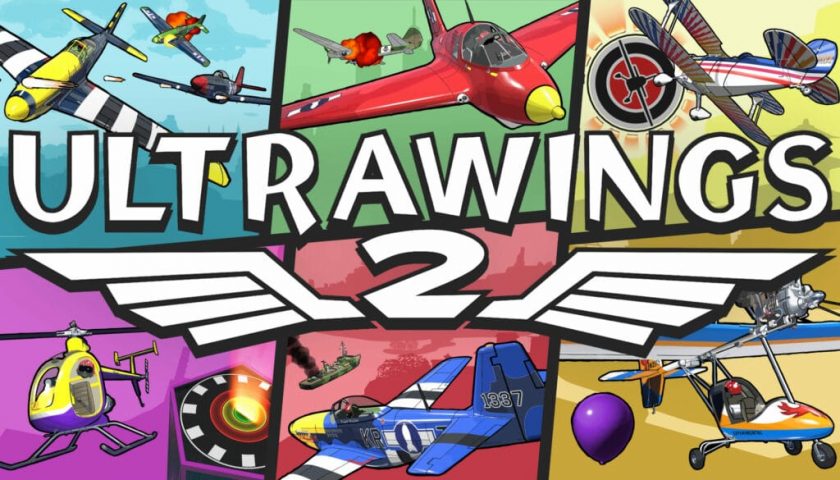 The announcement isn’t a total surprise – Bit Planet initially teased a new title all the way back in April 2018. In March of this year, the studio shared a short clip (a few seconds) of a player flying a small propeller aircraft and firing its cannon at ground targets. The original Ultrawings doesn’t involve combat.

Ultrawings is one of the few flight games available on Oculus Quest and one of the few VR-only flight games on SteamVR. Rather than requiring a flight stick, you interact with the cockpit controls virtually using your tracked controllers acting as hands. Rather than aiming for realism, the title uses a simplified aesthetic which the sequel also keeps.

Whereas the original had you flying an ultralight throughout, Ultrawings 2 introduces four extra aircraft – a biplane, a WW2-style monoplane, a helicopter, and a rocket jet. Bit Planet Games says the islands are 3x the size of the original, and claims 3x the total gameplay. More content is planned for after launch, including new unique aircraft.

Combat will include dogfights, intercepting enemy bombers, and destroying enemy ground and naval assets from the sky.

Ultrawings 2 launches “early 2022” on Oculus Quest, SteamVR, and Oculus Rift. Bit Planet Games says “other platforms” will be announced later, which could be a hint at future PlayStation VR support.