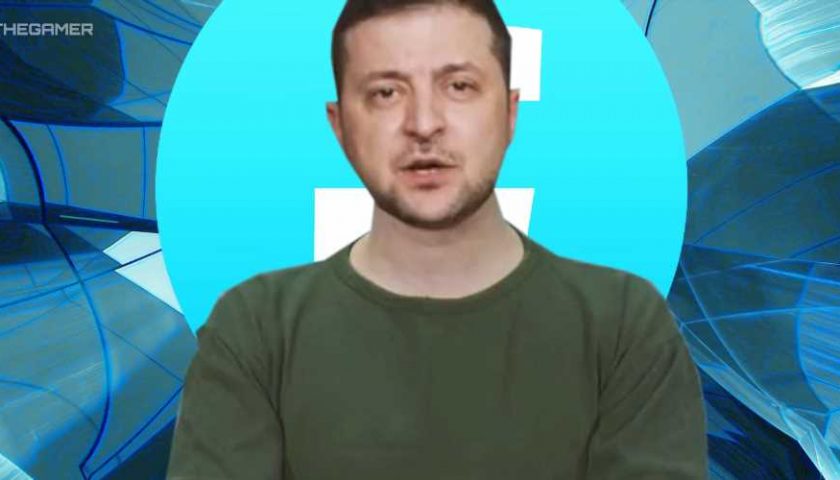 Facebook removed a deepfake video of Ukraine's President Volodymyr Zelensky yesterday in which a fake statement was delivered. The deepfake showed Zelensky issuing a statement asking Ukrainians to "lay down arms".

The deepfake was shared on social media before being broadcast via a Ukrainian news station after it was reportedly hacked. The video shows Zelensky speaking behind a podium, with his head looking abnormally large, and declaring that Ukraine was giving in to Russian demands and that his country's fight had been unsuccessful.

"Earlier today, our teams identified and removed a deepfake video claiming to show President Zelensky issuing a statement he never did. It appeared on a reportedly compromised website and then started showing across the internet", Meta's head of security Nathaniel Gleicher said, in a Twitter post. "We've quickly reviewed and removed this video for violating our policy against misleading manipulated media, and notified our peers at other platforms".

Meta pulled the video in accordance with its 'manipulated media' policy. Facebook has banned deepfakes on its platform since 2020, ahead of the US presidential election, sanctioning such videos that could "likely mislead" users.

Following the circulation of the deepfake, Zelensky posted a video to his official Instagram account in which he dismissed the video. "As for the latest childish provocation with advice to lay down arms and return home", he said. "We are not going to lay down any weapons until our victory".

Ukrainian authorities have previously warned against this kind of fakery, cautioning citizens to be vigilant when encountering videos of Zelensky online, and especially if he says anything related to a surrender or capitulation (via The Verge). The statement from the Ukrainian Center for Strategic Communications warned that: "Videos made through such technologies are almost impossible to distinguish from the real ones".

Many online users pointed out how bad this particular deepfake was, highlighting the odd proportions of the fake Zelensky's head, the strange accent in the deepfake, and the pixelation that surrounded his head. However, experts have warned that deepfakes can look far more real, especially as the technology improves.