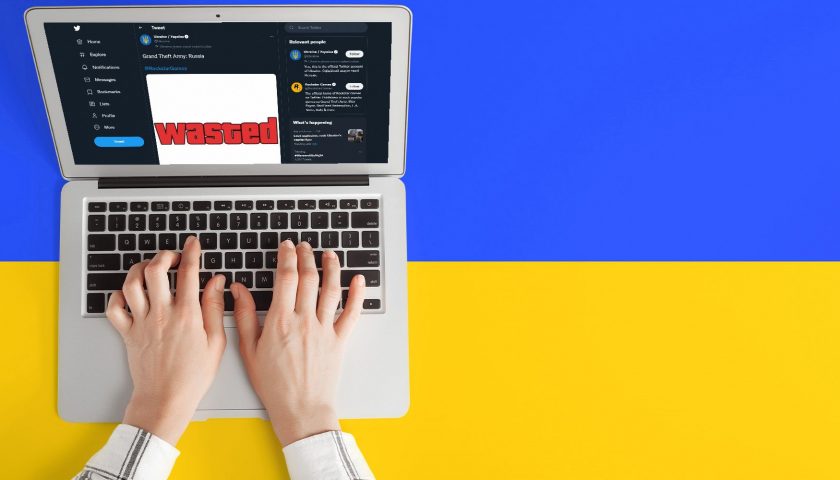 Months after Russia invaded Ukraine and declared war on its neighboring country, the attacked nation has been gaining ground back and winning some battles of its own. So much so that the Ukraine government celebrated its biggest victory yet during its war with Russia by posting a meme inspired by Grand Theft Auto.

Posted on Sunday morning, the tweet includes the word "wasted" exactly as it appears in GTA games when your character is killed. The tweet itself reads Grand Theft Army: Russia, and just in case you still didn't understand what Ukraine's higher-ups were attempting to reference, it signs off with a tag for GTA creators, Rockstar.

The timing of the tweet suggests it was in celebration of a bridge over the Kerch Strait being blown up. The bridge is, or was, the only route connecting Crimea to the Russian mainland, meaning its destruction has seriously hampered Russia's continued efforts to occupy Ukraine. While no one has taken responsibility for destroying the bridge, on top of the GTA meme seemingly celebrating its demise, Ukraine's secretary of defense posted a video of the bridge coupled with Marilyn Monroe singing Happy Birthday, Mr President. The act, and significant win for Ukraine, happened in the same week as Russian president Vladimir Putin's birthday.

As for why exactly the Ukrainian government opted for GTA to seemingly celebrate the bridge being blown up is unclear. There aren't many connections between the act and the games, although some people quickly highlighted in the replies that the damaged bridge is reminiscent of blocked routes used during the PS2-era of GTA games. The routes would either be blocked off or inaccessible until you had progressed through enough of the game's story.

While the war between Russia and Ukraine has nothing to do with video games, the industry has been affected by it and reacted to it in a number of ways. Stalker 2's development was paused for a number of months, while the industry as a whole has raised over $200 million to support Ukraine.