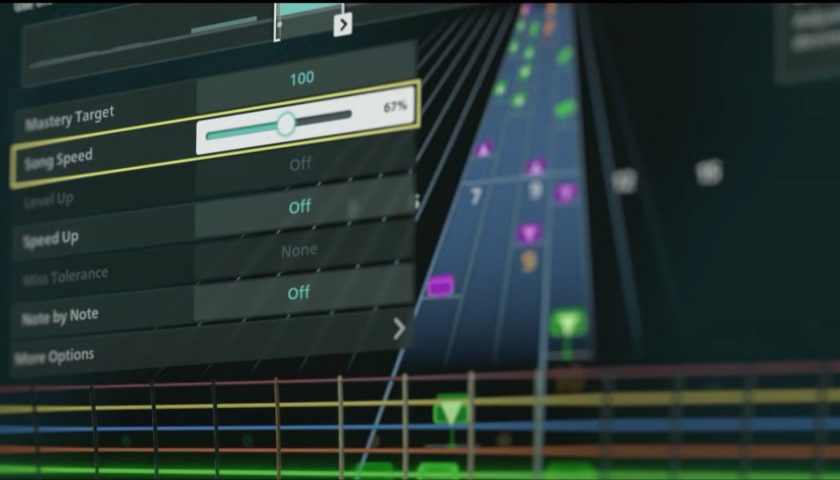 Ubisoft has revealed the delayed Rocksmith+ will launch on PC next week. The subscription service has been designed to help people learn to play guitar and will include a library of more than 5000 songs at launch with more being added in the future.

Ubisoft revealed the good news about Rocksmith+ this week (thanks, NME) a year on from when the guitar-teaching subscription service was supposed to launch. The studio boasts that it will work with any acoustic, electric, or bass guitar, and should work with pretty much any PC with Windows 10 or later installed. The 5000 tracks you can play along to include music from artists such as Bad Bunny, Alice Cooper, and Pearl Jam, and you can check out the entire song library on the Rocksmith+ site.

How much Rocksmith+ is going to cost still hasn't been revealed. Ubisoft has clarified there will be various subscription options available, though. One, three, and 12-month subs will be available, with free trials being offered to those who were a part of the closed beta. One free month if you opt for the three-month option, and three free months if you sign up for a full year. That deal also applies to anyone who has played the original Rocksmith.

The launch trailer, which is now more than a year old due to the delay, boasts real-time feedback and also encourages users to learn at their own pace. As you can see, your performance will be graded at the end of each track, letting you know how accurate you were. Like Guitar Hero but in this instance, you are actually playing and hopefully improving your ability with a real guitar in your hands and not playing a game that will virtually berate you should you miss a note.

When Ubisoft first revealed Rocksmith+ in 2021, it promised a console launch shortly after it arrived on PC. It will now be arriving on PC on September 6 with iOS and Android support following after, but currently no mention of when it will be available on other platforms.