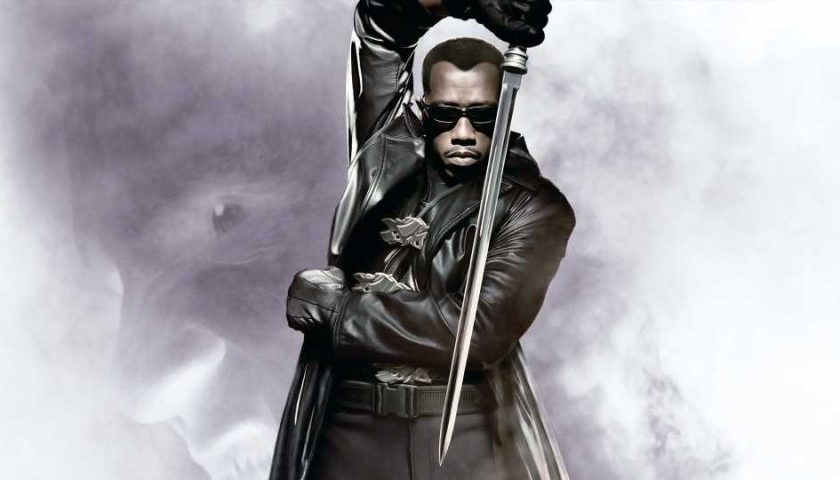 There might just be a Blade game in the works right now at Ubisoft. The news comes from a series of pictures posted to Instagram by an actor who apparently has been performing some of the motion capture. These feature a clapperboard with the name Marvel and a badge labeled Ubisoft in addition to a variety of other hints that such a game could be on the horizon.

“It appears an actor has revealed Ubisoft is developing a Blade game,” a leaker known as RebsGaming pointed out on Twitter. “The actor shared these set photos of an Ubisoft badge, himself holding a sword prop, clapperboard with the names Marvel and the director of the upcoming Blade movie, and gaming hashtags.” RebsGaming seems to have drawn the information from a video on YouTube posted by another leaker, JorRaptor.

The details quickly turned up on social media platforms like Resetera. Fans of the franchise have been debating whether or not a Blade game is currently in development based on the existing evidence and what this could look like if the rumor turns out to be true. There have been frequent comparisons to Assassin’s Creed Valhalla in addition to popular superhero games like Spider-Man.

Blade is a fictional character which has appeared in several different comic books by Marvel. The superhero is known for having devoted their life to ridding the world of any and all vampires. Blade has incredible strength, speed, and agility in addition to being an expert martial artist and swordsman. The character has appeared in several different movies, television shows, and video games over the years, both as a primary protagonist and a supporting figure. Blade will apparently be a playable character in the upcoming title by Firaxis Games, Marvel’s Midnight Suns.