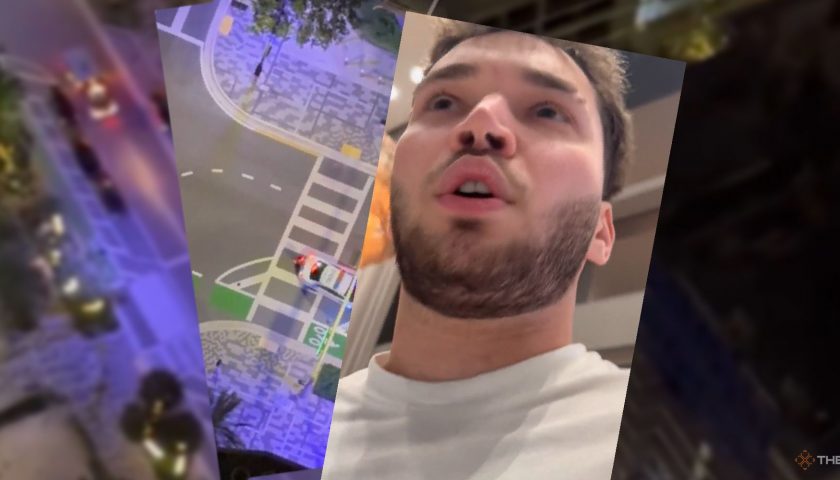 Twitch streamer Adin Ross was swatted earlier this month, leading him to a confrontation with the man claiming to have swatted him, and only three days later, he has been swatted yet again.

"This is what you guys do, what you all wanted bro," Ross opened in a video shared to Twitter showing police cars arriving at his apartment complex. "This is what y'all fucking wanted, bro… Seriously, bro, fuck you guys, putting me and my friends lives in risk and danger."

The video was posted only two hours ago and no updates have been shared since, so it's unclear where Ross is or what he's going through right now, or any idea as to who did it. He shared a video of the swat team arriving with the caption, "I'm done bro. I really got swatted again please stop whoever's doing it."

Swatting, as you can briefly see in the video, is when someone calls the police, claiming something that requires a swat team's presence. They then storm the home of whoever the target is and arrest them. It's a growing problem on Twitch, especially with marginalised streamers.

Whether this is a new person swatting Ross or the same person who claimed to have swatted him only three days ago is also unclear. They, for context, say that they swatted Ross simply because he ignored a message on Discord, stating that he "had to get his revenge somehow", adding that it was funny because "[Ross was] scared for [his] life. [He] thought [he was] going to die. That shit is funny as fuck." That same alleged swatter also asked for $10,000 which Ross declined.

He was last swatted on November 7, leading to a Twitch ban that lasted a few hours. Prior to that, he was swatted in August, and during a fan meetup in 2021.