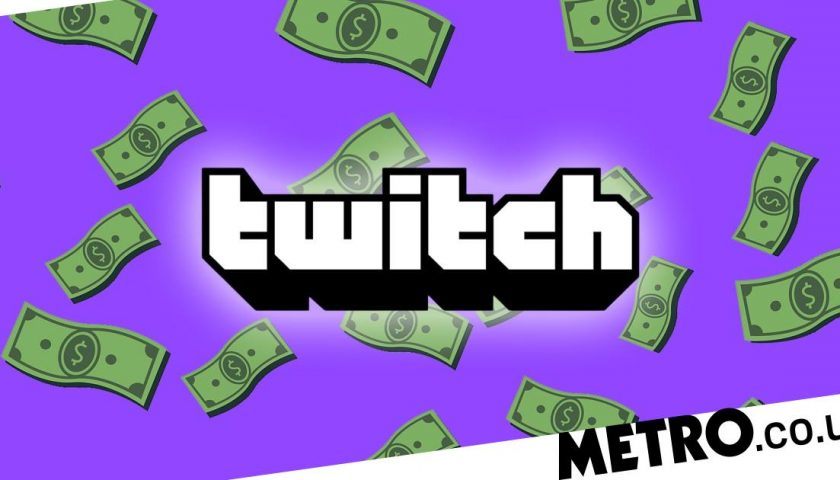 As if the gambling ban hasn’t created enough drama already, Twitch has set out plans to change its revenue system.

A big pile of controversy has hit Twitch, which not only includes a streamer allegedly bribing two of the platform’s staff but also another creator’s sexual harassment claims.

Amidst all that, the company also issued a ban on streaming gambling games, such as slots, which has further divided the Twitch community.

The latest revelation though is that Twitch seems to have rejected a request for higher revenue splits for streamers and has capped the existing 70/30 split for good.

This is why many former Twitch streamers have turned to YouTube, creating a mass exodus, citing the lack of higher revenue splits as a big reason for their switch.

Bigger streamers on the platform do currently benefit from the 70/30 split, but that’s about to change. Twitch has stated that starting in June 2023, big streamers on this higher split will only receive it on the first $100,000 (£88,400) of subscriber revenue.

Anything after this will come at the regular 50/50 split, which is all smaller streamers ever get.

‘For approximately 90% of streamers on standard agreements with premium subscription terms, this change will not affect them at their current revenue,’ he said.

Even though over 22,000 people signed a UserVoice petition for the 70/30 split, it looks like Twitch won’t be making the change any time soon.

One explanation that the platform offered, as to why Twitch won’t increase streamer splits, is the high costs of running the service.

He also pointed out that new innovations like gifted subs, hype trains, Prime Subs, and the ads incentive programme, will also help out creators generate revenue.

Twitch seems to be pushing the ads incentive programme as one of the top alternative paths to monetisation, hoping this will also entice bigger streamers to stay.

With a 55% bump in ads revenue, the platform said it’s ‘a great way for these larger streamers to make up most, if not all, of that revenue’ that they will lose when the new system comes into play next year.

To appeal to new streamers, the company is also in the middle of cutting the payout threshold in half to $50 (£44). This means that smaller streamers, or those who are just starting out, will only have to make $50 in revenue to start receiving payouts, as Twitch attempts to speed the process up.

Although the platform tried to break the news in the nicest-sounding way possible (and maybe hoped this would all get lost in the current mega drama), many streamers jumped on Twitter to express their dislike.

In a response to the much-promoted ads incentive programme, Asmongold said that it’s actually ‘excessive ads’ that’s killing Twitch. Valkyrae also shared Asmongold’s opinion and said that the platform is ‘killing’ its viewerbase with more ads.

Strange being at a YouTube event rn directly speaking to executives while Twitch greeds for profit. Killing your viewerbase w/ more ads & hurting the backbone of your company, the creators

We want to see success from both platforms since competition is good but Twitch is throwin https://t.co/RcEvOCUlZU

Dr Disrespect seems to be at its wits end after hearing the latest developments, and simply tweeted that Twitch has turned into a ‘s*** platform.’

RTGame Daniel also bashed Twitch after hopes for a 70/30 sub split went down the drain and tweeted that ‘YouTube is looking better for livestreaming by the day.’

Twitch will not exist in 10 years if they continue to take advantage of their viewers and creators. YouTube is looking better for livestreaming by the day