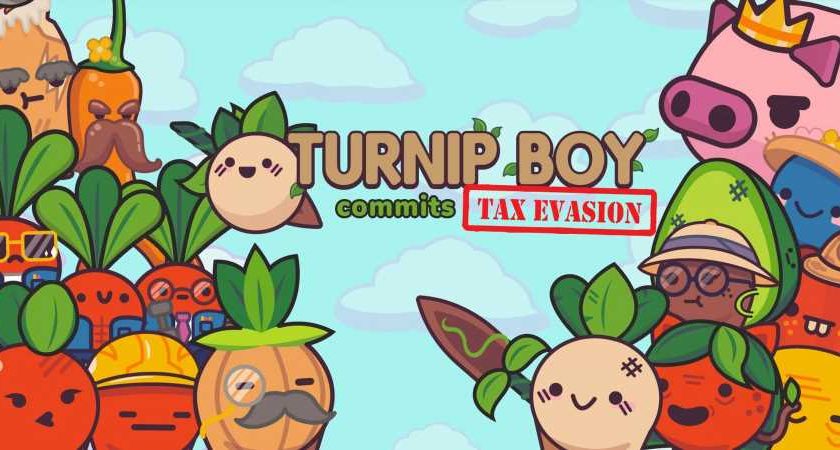 Today, Snoozy Kazoo announced the release date of its newest title, Turnip Boy Commits Tax Evasion. This may seem like an April Fool’s joke, but the game really does come out on April 22 on both the Nintendo Switch and Steam.

Snoozy Kazoo is a small and relatively new video game developer. Currently, Turnip Boy Commits Tax Evasion is its only game. Everything from the developer name to the title of the game sounds like a prank, but that’s not the case. While the release date was announced yesterday, this is completely real.

Turnip Boy Commits Tax Evasion comes out on April 22, so anyone interested should head over to Steam or the Nintendo eShop once it’s available. Currently, there is no pre-purchase option, but you can still add it to your wishlist. In the game, players control an adorable little turnip who, as the title suggests, commits tax evasion. Throughout this action-adventure game, you must go on quests to pay back your debt to Mayor Onion. The game has a nostalgic feel, like an older Legend of Zelda game, except, of course, you are a turnip. And Link isn’t known for dodging taxes either.

On top of committing tax fraud, players get to experience dungeons filled with puzzles, while taking care of a garden and defending it from monsters. There are also tons of interesting vegetable characters to interact with. For a game about a simple turnip, there is an entire world to be explored. The game is filled with “deep history” and even has multiple endings. Depending on how you commit tax evasion, there are a few different endings you can get.

Turnip Boy Commits Tax Fraud is a unique game that deals with something we don’t see in video games that often. It’s hard to recall any other game that focuses on tax evasion (spoiler: there are no games about tax evasion), but that is what makes this game so special. Snoozy Kazoo describes turnip boy as “an absolute menace to society” who must “tear down the corrupt vegetable government”. This is definitely a unique plot, and we are very excited to play this game starting April 22. You can check out Snoozy Kazoo’s website, and even join the company’s official Discord.