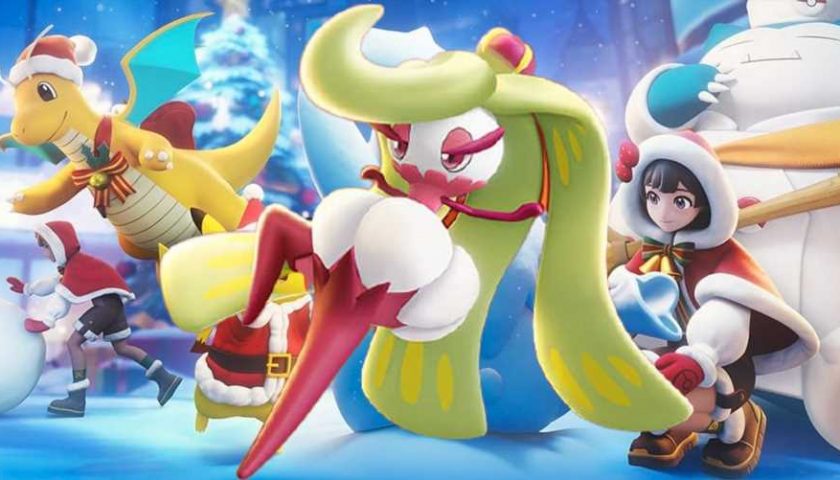 Pokemon Unite launched on Nintendo Switch over the summer and was then added to mobile back in September. Its popularity continues to grow, as does the MOBA's roster. TiMi Studios has been adding new playable Pokemon at a pretty steady rate. Blastoise, Blissey, and Mamoswine, among others, have all joined the fight following its launch, and today marks the arrival of Tsareena. The grass-type's imminent arrival was leaked and then confirmed a short while after.

Tsareena gives Unite's all-rounder division a much-needed boost. Other than immediately following the addition of Decidueye, another gen seven grass-type, Tsareena's arrival in Unite appears to have been welcomed by the game's players. That outlook may shift in the coming days as players get to grips with the new Pokemon and discover whether she is overpowered or not worth using at all. Hopefully somewhere right in the middle, but that's unlikely before nerfs and buffs.

The best news of all is Tasareena's Unite license currently costs you nothing at all. TiMi has labeled Tsareena as a commemorative update gift to its players, possibly to thank them for playing, but also as a holiday gift. Tsareena is free to download and add to your playable roster from today until 11:59 pm on December 31. If you remember to grab her as you're ringing in the new year, by that point it's going to cost you.

Back to that steady flow of new Pokemon, and the next addition following Tsareena into the arena has already been announced. Dragonite, another all-rounder, will be available from December 15 to mark the start of Unite's holiday event. Dragonite won't be free, but the event will also bring new holowears to Unite as well as a festive makeover for Remoat Stadium.

It appears as if TiMi is far from done adding new Pokemon to Unite. Tsareena today, Dragonite next week, but currently no word on who's next. It might well ease off after that, leaving current and new players to get to grips with the new roster members for the rest of 2021 and picking back up in 2022. If Unite remains as popular going into next year, then 2022 could be a big one for the MOBA with Dragonite and Tsareena potentially leading the charge.