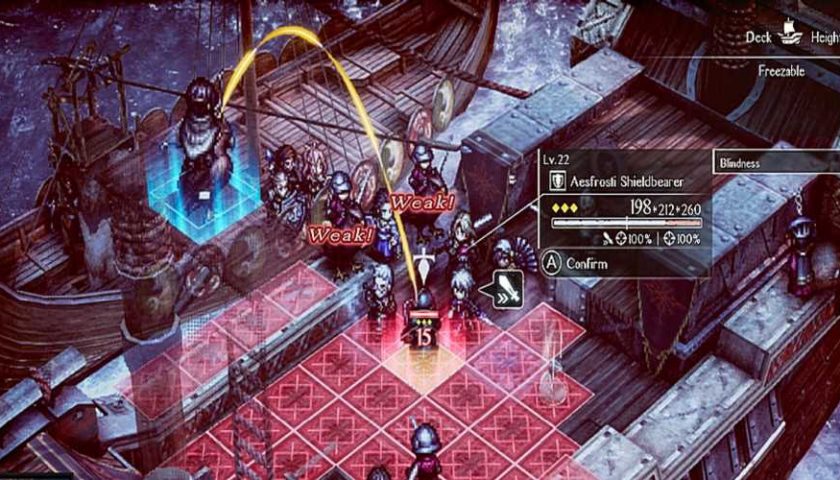 Hyzante's armies now command Aesfrost's full attention as Serenoa and his allies infiltrate Whiteholm Castle under blanket of night. Triangle Strategy's plot is really picking up the pace, with a plot to secure a warship and save a princess from an archduke's tyranny.

"Time To Say Goodbye" eventually pits the team against two of the game's most blatantly despicable characters. Winning the fight's no easy feat, but victory against these brats will feel oh so sweet. Let's get to it.

Anna counts the number of warships docked at Whiteholm Castle. One, one… oh, just the one. Well, that's good.

Benedict explains the role that Hyzante's army must play in the coming battle. This music is really rather… Old West, isn't it?

Avlora's vow to protect Cordelia has only strengthened. Cordelia, for her part, clearly appreciates the sentiment but wants to believe House Wolffort won't simply use her royal blood. 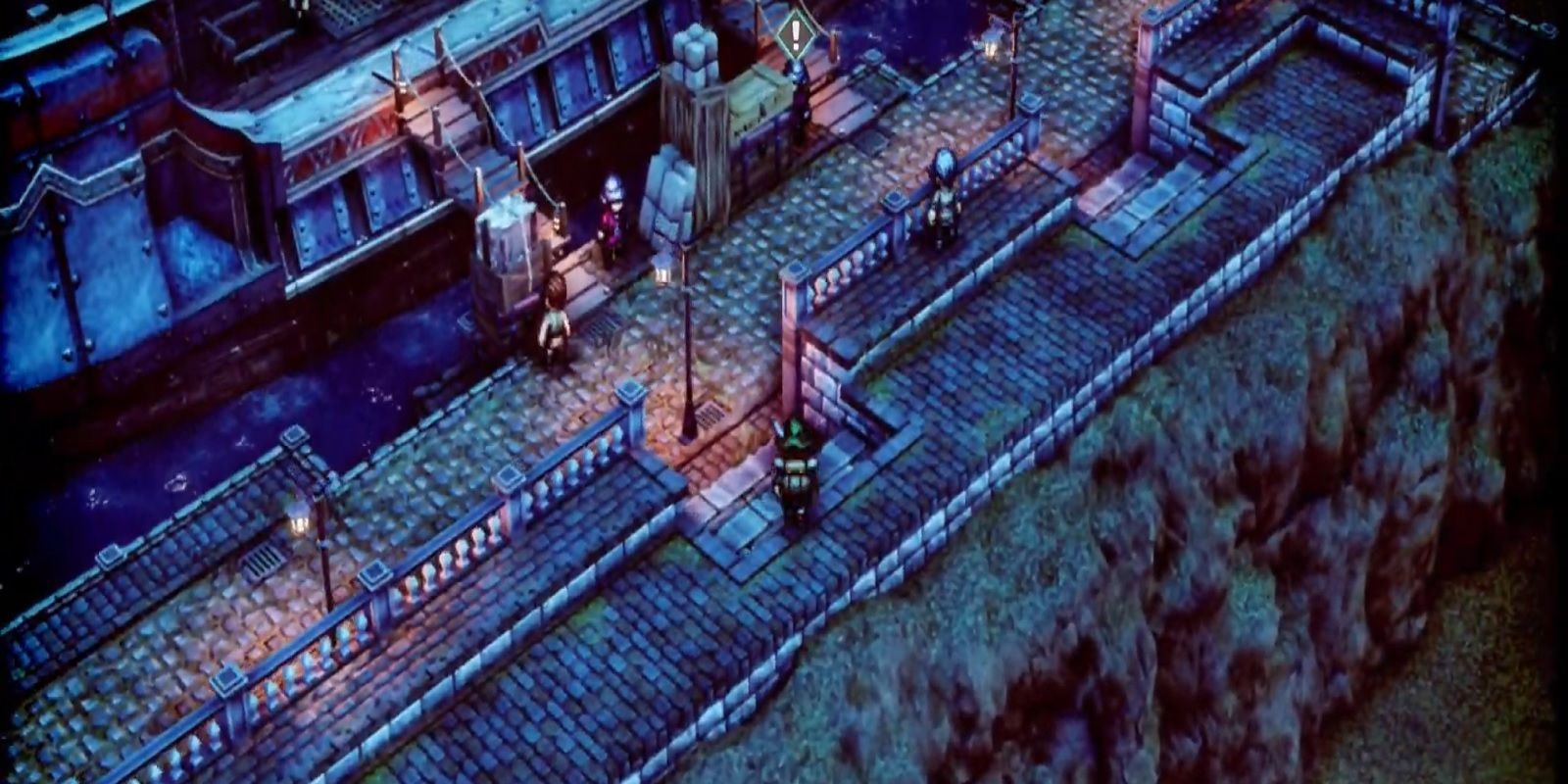 Serenoa, convinced that none of these merchants nor soldiers will recognize his face, sets out to gather intel in his best Locke Cole impression. It works well, actually – until it doesn't.

Once you've wrapped up Serenoa's brief but relatively fortuitous "wandering dock salesman" career, conclude exploration but prepare for a battle! 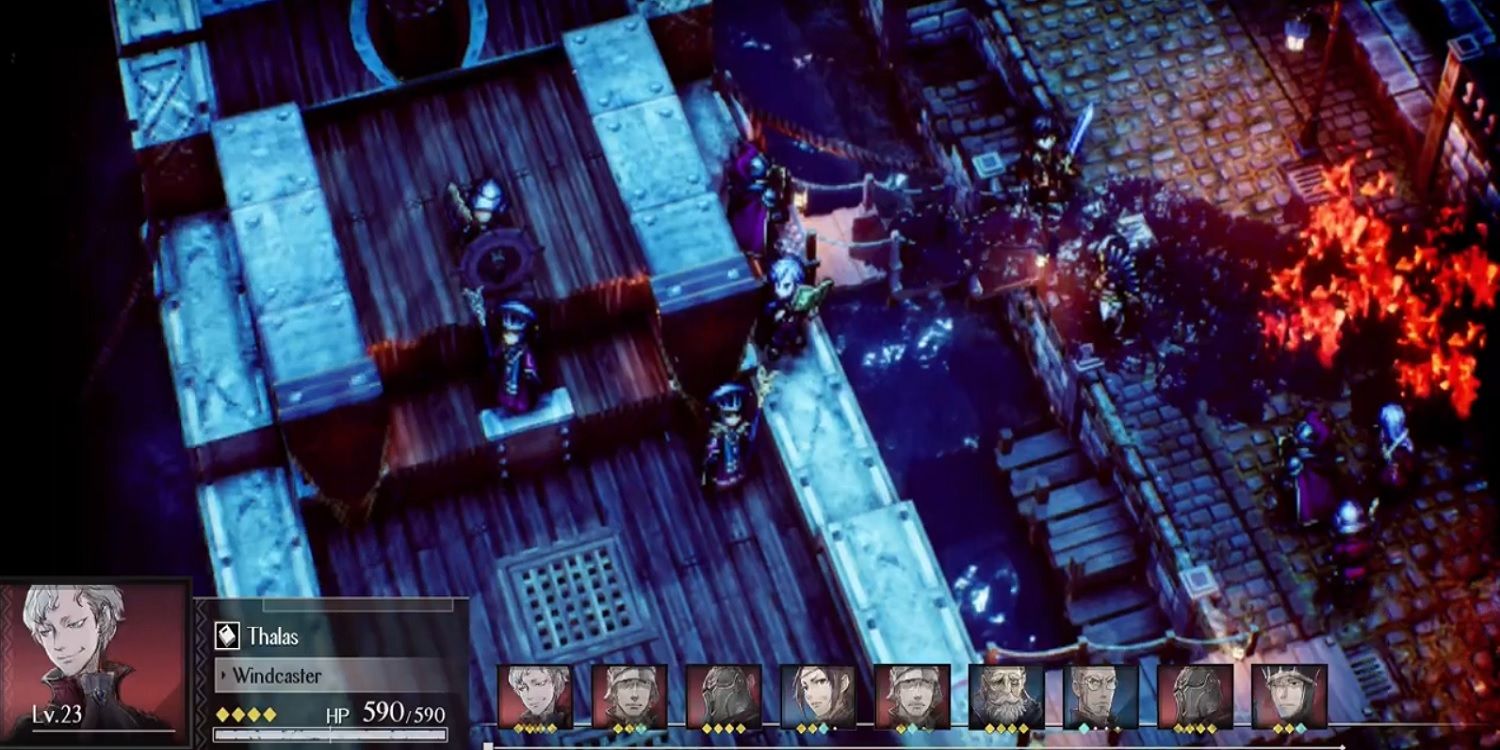 Well, well, well. If it isn't Mean Twin Two himself. Where's Mean Twin One? Is there a chance Frederica will be able to tell them both how she feels through fire and blood?

You'll experience a grand total of up to three "minor catastrophes" in this battle depending on how things progress (and, hopefully, how well our recommended strategies assist you). First, there's the amount of damage that can be dealt early on as the enemy units pour out of the ship toward your two separated teams. Next, whether Erika's ambush causes you as much grief as she hopes it will. And finally, if there are enough troops still aboard the boat when you head to Thalas to pin down your assault. 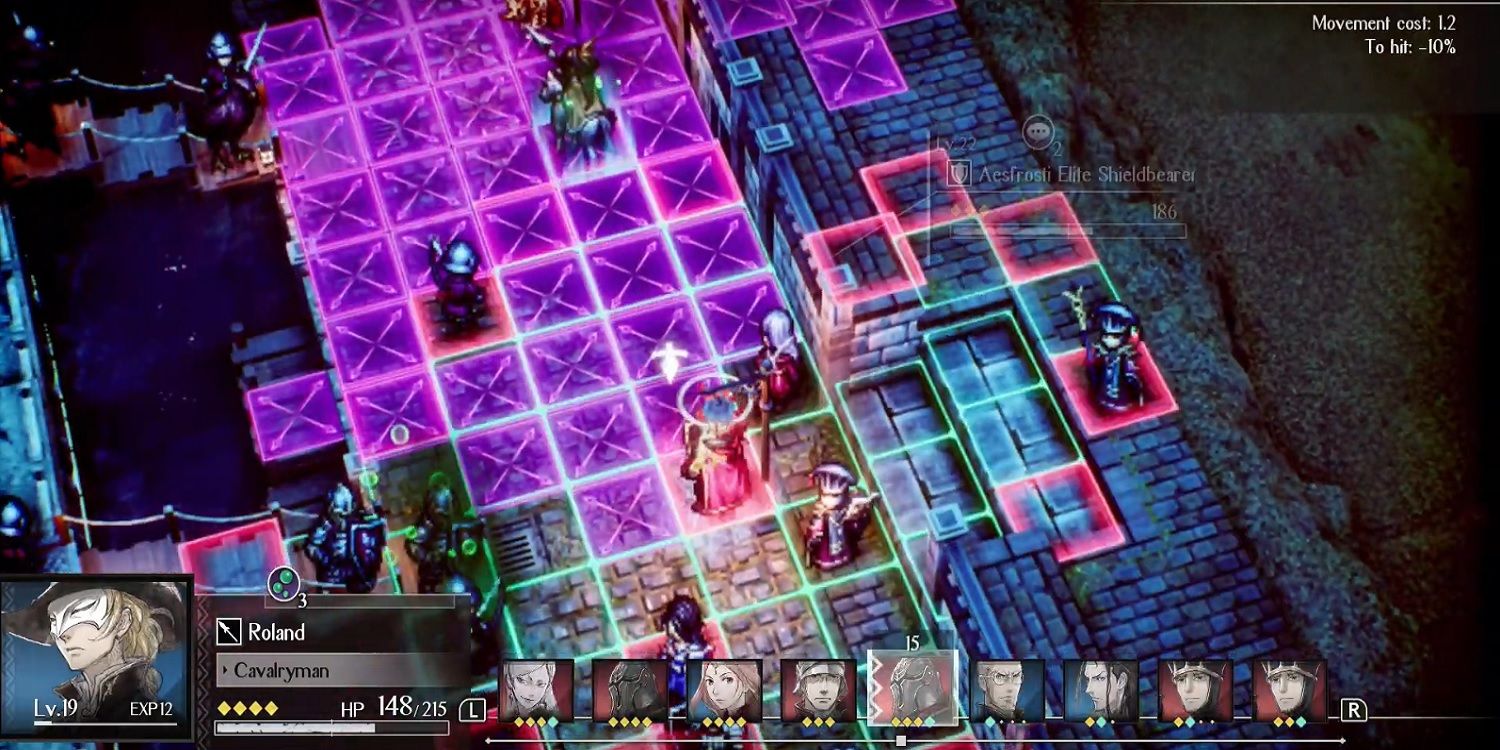 The fight starts your party off in two camps. The one that Serenoa automatically starts with should be stacked with the bulk of your deployable forces. Leave three or four for the side with the cardboard boxes. Remember those boxes for later.

We recommend placing Frederica here as well as Erador and Corentin. Erador's role will be to rush up and act as the human meat shield he's always been, blocking off the enemy melee units who will pour out from the boat and head to that side. Corentin will aid in this endeavor by setting up Ice Wall. That said, keep his TP up somewhat because he'll soon be needed for another tactic. 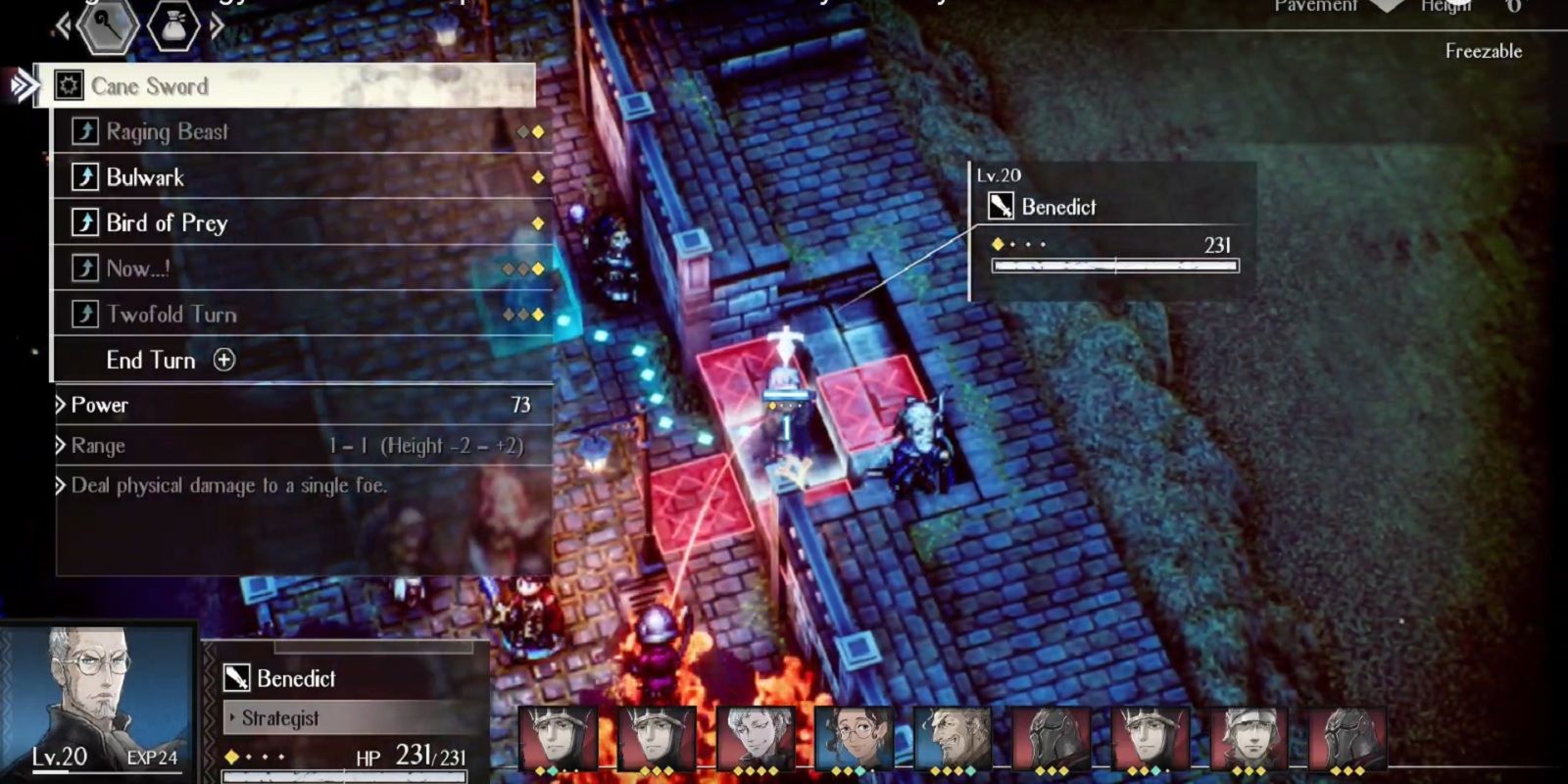 Let's talk about Serenoa's side of the equation for a bit before moving back to Frederica's. Consider having Hughette and Archibald here with him. Archibald's role is to step forward brazenly and get a few good shots in on those early Bowmen in Thalas' employ. He's frail, though, so have your chosen healer ready to keep him going a few rounds.

As for Hughette, this will sound odd right now, but have her fly up to the elevated area above where your parties start out. Don't take her all the way to where she'd be situated above Frederica's squad, but instead, just shy of the midpoint. Here's why.

Several turns into the fight – early enough to cause some real wrinkles in an unprepared setup – Erika appears up in this area, a bit closer to the side with the boxes. She has several reinforcements with her, and she's looking mighty thirsty to slaughter some House Wolffort folks. Hughette can immobilize a couple of these units and take pot shots at Erika since she'll be in decent range.

Remember those boxes? Wooden crates? Cargo? Whatever you want to call them? Before Erika arrives, have your team pummel them into pulp for some free experience points. Experience is experience, right? But why wouldn't you want to spend your time more valuably, killing Aesfrosti soldiers, you may be wondering. The answer can be seen in the screenshot above; if you allow Erika to spawn and spend a single turn waltzing in that party's direction, she'll coat the whole area in oil and those boxes will go up in enough flames to slaughter your team wholesale. 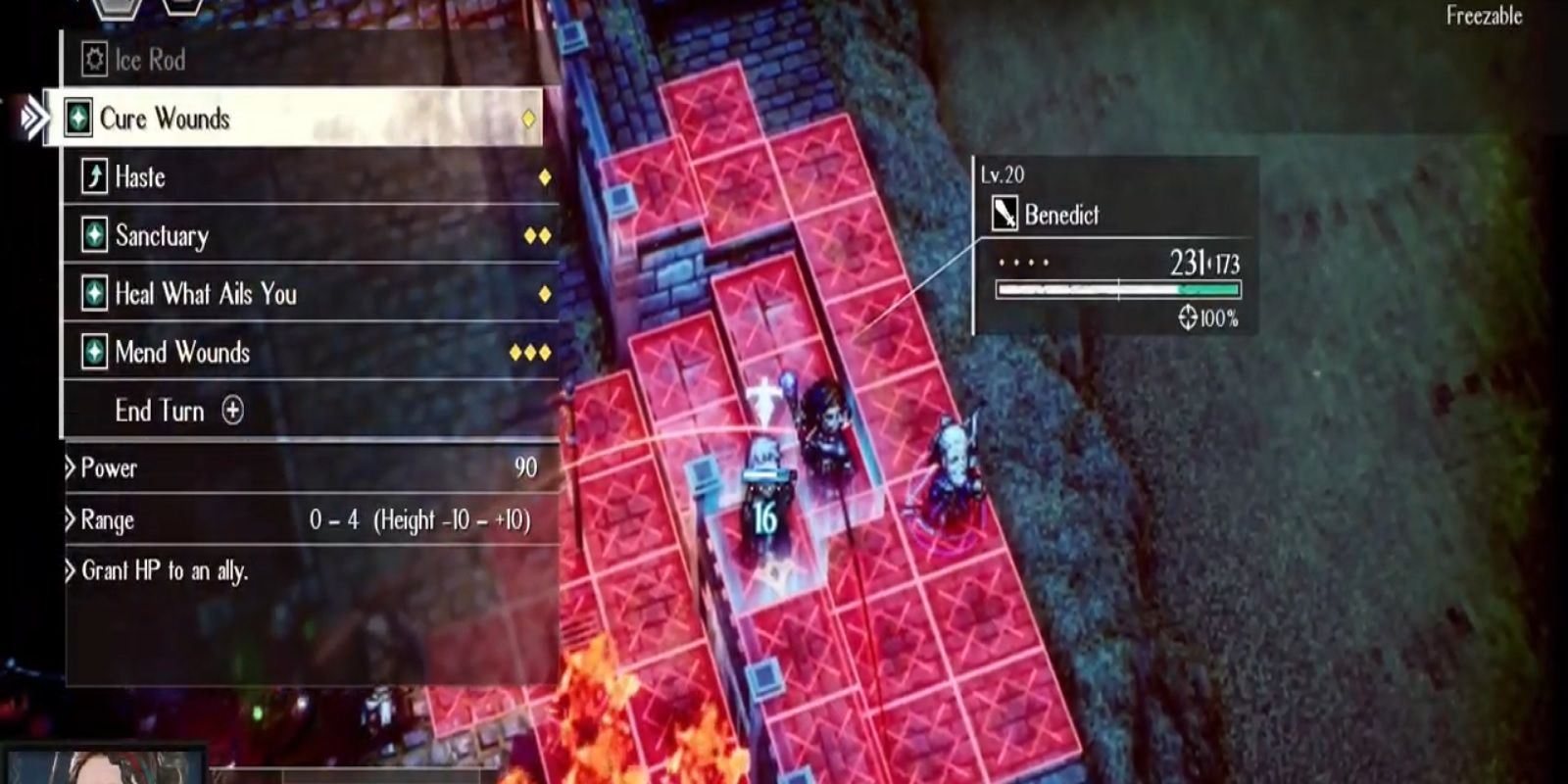 Now, we'll rely on Corentin a little more. If Julio was brought along and can reach everybody's favorite research-obsessed ice mage in time, tap him for some extra TP. The goal here is to unleash some ice spells centered on Erika and damaging her team as well. Try to give Frederica a free hit in before it's over for Mean Twin Two. You'll be cheering for Serenoa's betrothed when that delicious dialogue triggers. 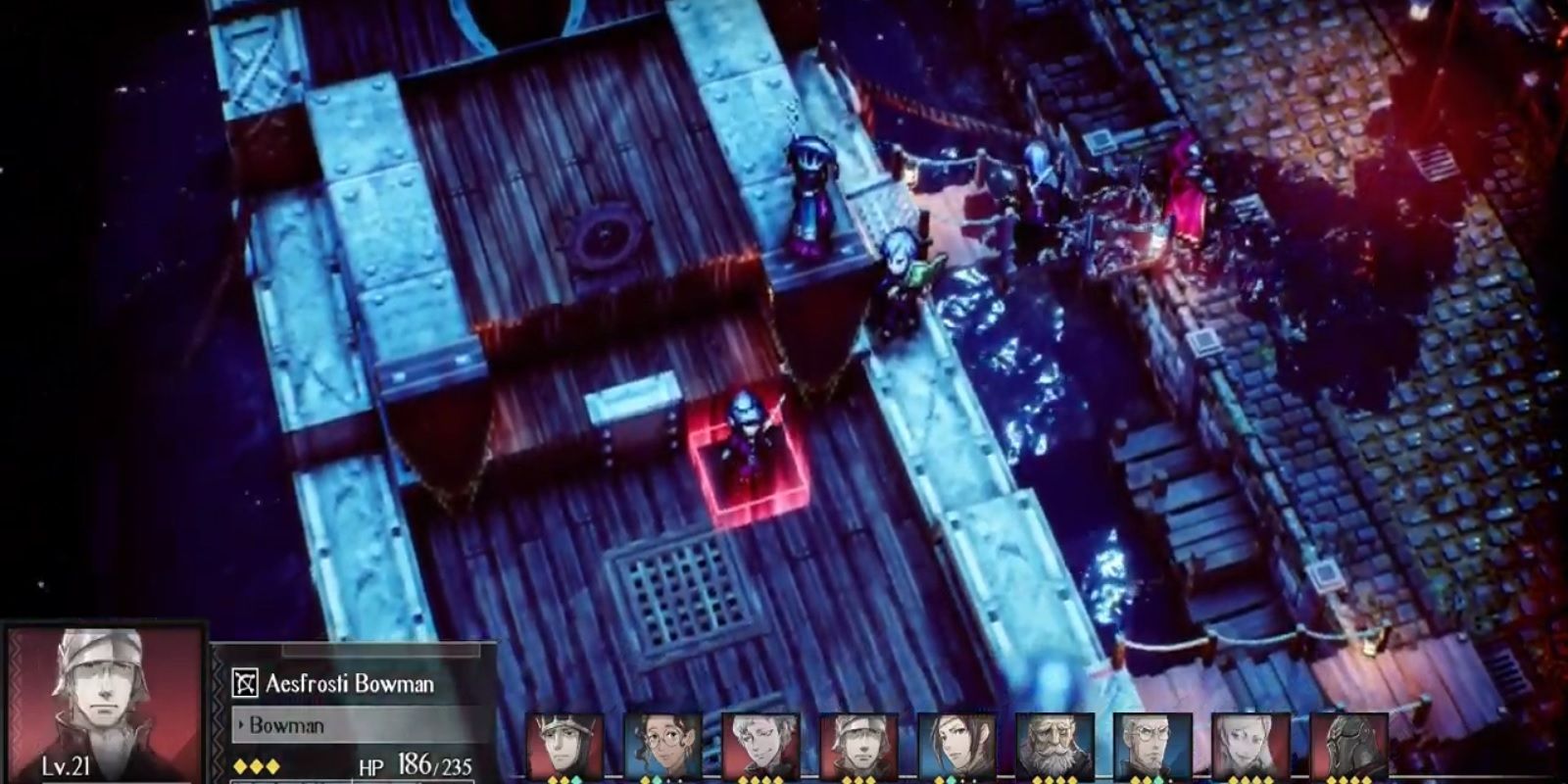 All-the-while, have Serenoa and other heavy-hitters on his side steadily break through the enemy lines. You'll want to prolong the fight as much as necessary until the Elite Healers, Bowmen, and Shieldbearers are all spent. The goal is to board the ship and eliminate Thalas only when as many troops of his are dead and dusted as possible.

The ideal scenario is to make it so that it's simply Thalas and that lone Bowman who hangs out above the ship via the ladder. A single ambush unit isn't going to cause much distress. Nor will Thalas once he's cornered, for that matter. Don't underestimate him, per se, but so long as you've brought the bulk of your remaining forces with you, you should be able to wipe that smirk off his face for good in just one more turn.

The battle is won. What next, then? How's Avlora going to feel about all this? Or Cordelia, for that matter? You'll know very soon.