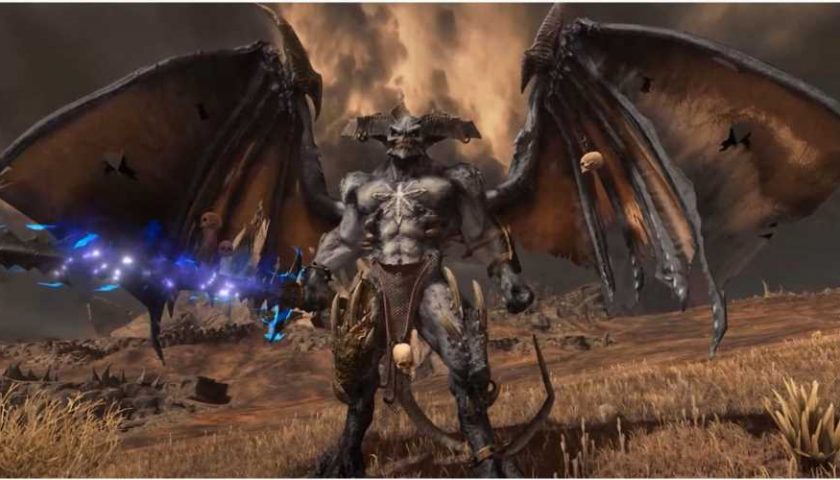 A well-known name to fans of the Warhammer universe, Be'lakor the Dark Master arrives in Total War: Warhammer 3 in all his Daemonic glory. Possessing all of his famous cunning and fantastically voice acted by actor Richard Armitage, Be'lakor's quest for revenge provides an engaging and thematic basis for the Realm of Chaos narrative campaign.

This guide will explain the lore behind the Dark Master, how to unlock him in-game, and the benefits of doing so. 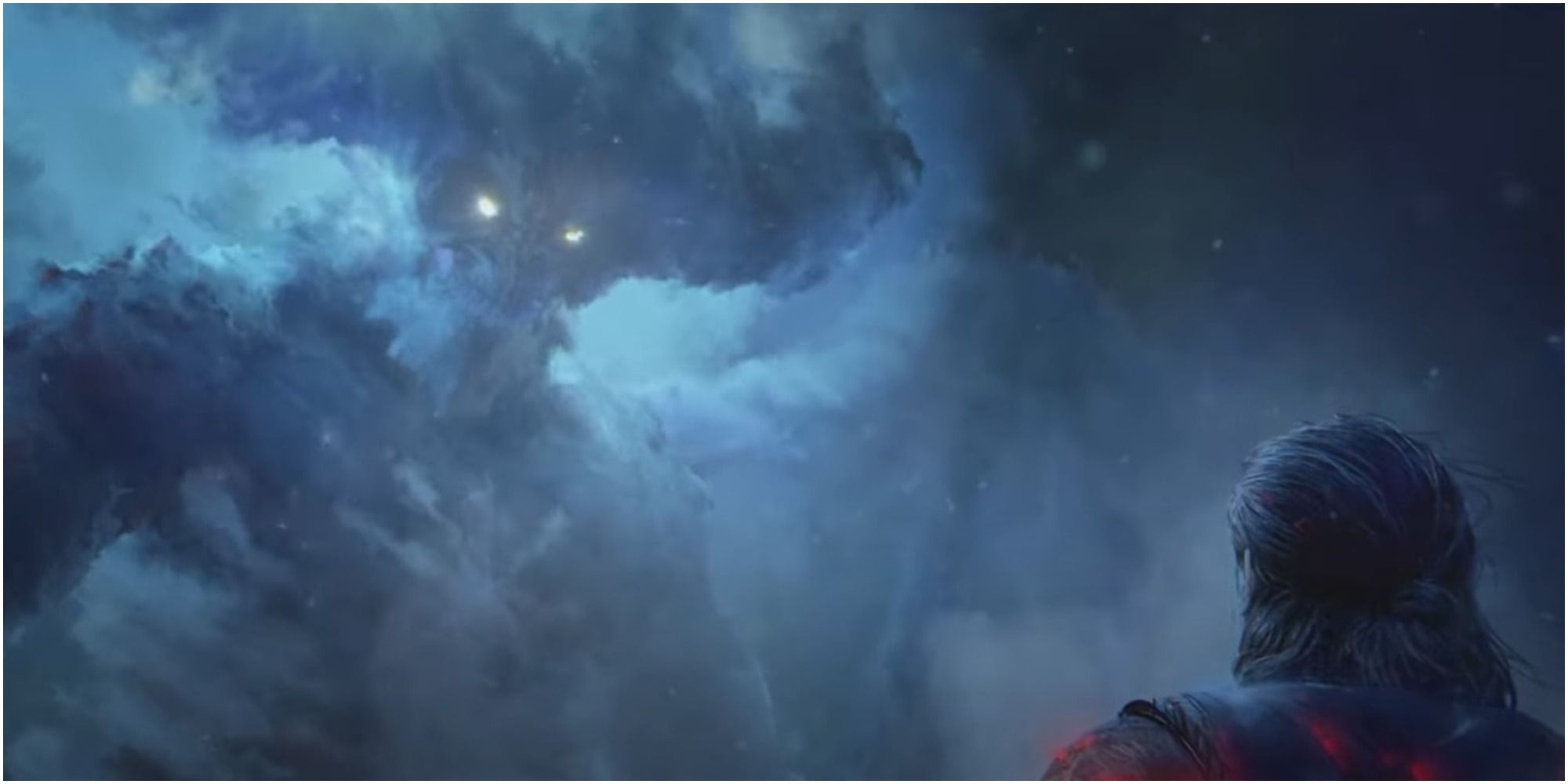 Simply put, Be'lakor is the first Daemon Prince of Chaos. Few remnants of his mortal past remain, but his exploits as a servant of Chaos are legendary. Lured by the power of the Dark Gods, Be'lakor was turned into a Daemon, forcing him to crown the future Everchosens for all eternity. However, his pride overcame him, and filled with arrogance, Be'lakor struck out against the ruinous powers, only to be doomed to an existence of Shadow, unable to manifest in the mortal plane.

Be'lakor exists in Total War Warhammer 3 as the game's primary antagonist. It is he who imprisoned Ursun, the Bear God of Kislev, and he who seeks to ascend to godhood, to take his revenge upon the Gods of Chaos who betrayed him. During the Prologue, Be'lakor manipulates Yuri, the Prince of Kislev, into wounding the Great Bear, and so begins the events contained within the game's narrative campaign.

Driving events from behind the scenes, Be'lakor is at the heart of the Realms of Chaos, in a location called the Forge of Souls. From there he seeks to subjugate Ursun, thereby taking the god's power for himself, and finally ending his shadowy existence. 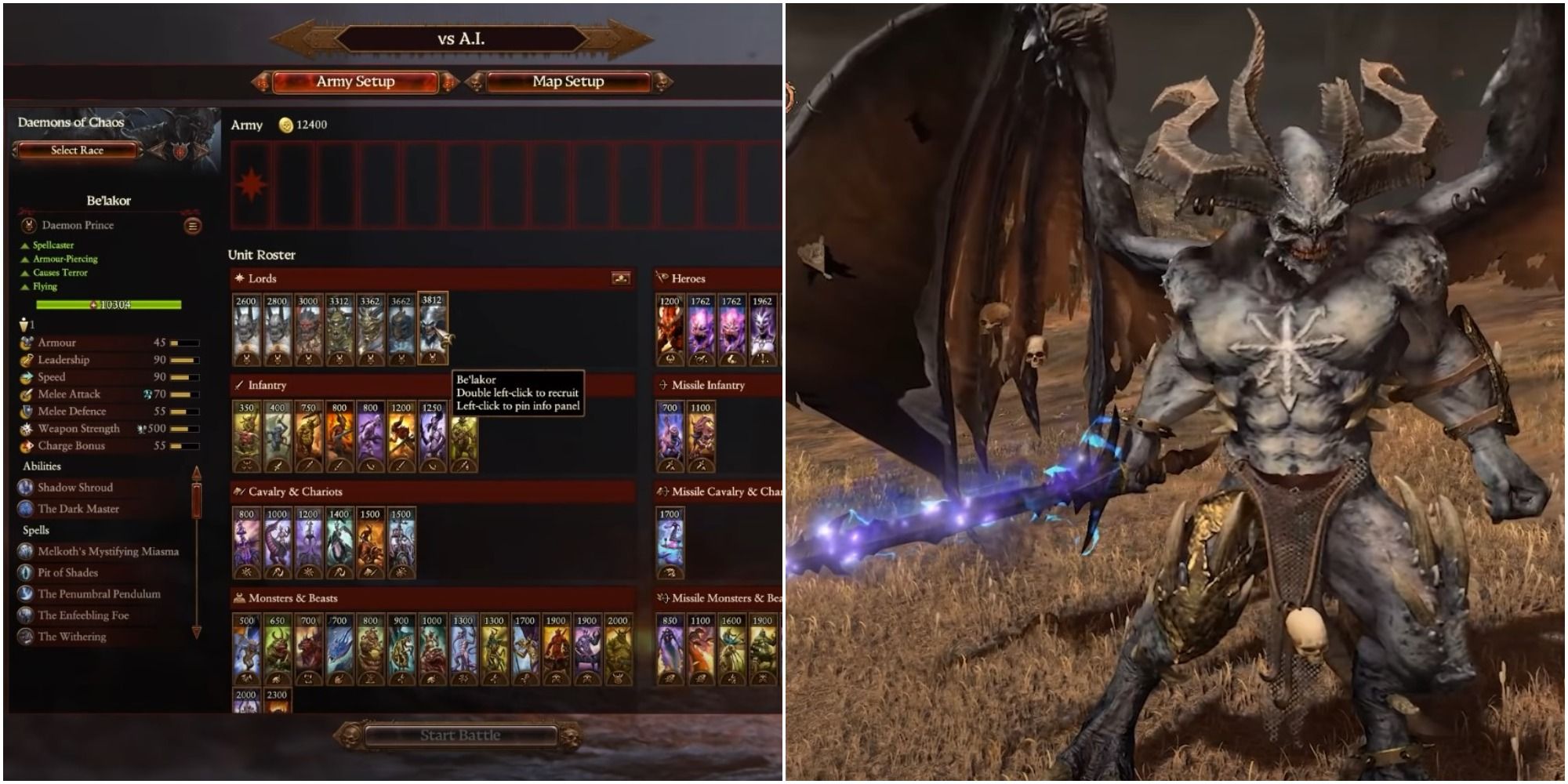 Be'lakor can be unlocked via completing the Realm of Chaos narrative campaign. This is achieved by collecting all four Daemon Souls from the Realms of Khorne, Tzeentch, Nurgle, and Slaanesh, before defeating Be'lakor in a climactic final Survival Battle.

Collecting the four Souls will take quite a while, as you are only able to claim one Soul per set of Chaos Rifts. Thankfully, defeating any enemy Legendary Lords in a Realm of Chaos will cause them to drop any Souls they were carrying, giving you plenty of time to prevent the A.I. from securing a victory. Once the Souls have been acquired, a Quest Battle will become available to you.

The battle takes place outside the Forge of Souls, the origin of the Soul Grinder units. You will need to capture key objectives and defend them from waves of attacking Daemon forces. This can be a tough battle, so be prepared to bring a high-tier army, and try to secure multiple battlefield buffs beforehand, especially any that enhance your Winds of Magic. Utilising any healing spells at your disposal will be very important in the battle of attrition, and also be sure to fully heal your army beforehand.

During the battle, you will need to advance through the Forge of Souls, and as it is a Survival Battle, you will be able to build defensive structures on objective points to help you hold out. Towers can be especially useful to help whittle down the enemies, and Walls are an underrated resource for helping funnel units into a choke point.

You will also need to defeat Be'lakor himself, so make sure you either have a strong Duelist or enough Missile Units to comfortably shoot him down. 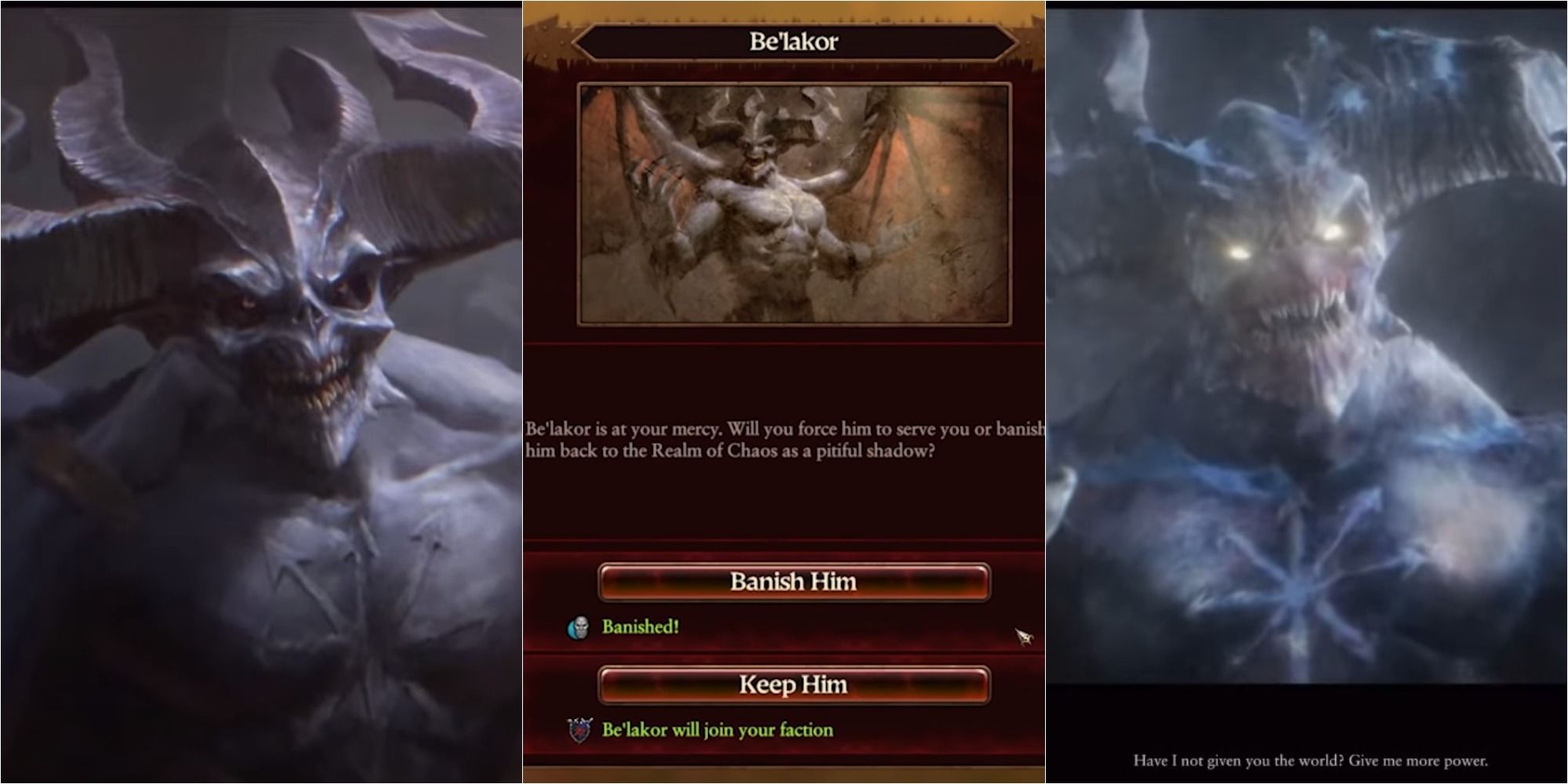 These enhancements are extremely powerful and will be very useful if you are going for total map domination. As Be'lakor is the main antagonist of the Realms of Chaos, you are also given the option to finish the campaign upon defeating him.

If you decide to accept him, Be'lakor will spawn next to your capital as an allied Legendary Lord, regardless of which faction you are currently playing. He has strong stats and makes for a powerful battlefield Lord, although his skill tree is somewhat underwhelming for such an iconic character.

Specialising in the Lore of Shadow, Be'lakor begins at Level Twenty, allowing you to strengthen him immediately, Shadow Shroud is especially strong for helping him survive. A large, flying Lord, Be'lakor acts similarly to a Bloodthirster, flying over the battlefield before dropping down to wreak havoc upon the enemy lines, his Blade of Shadow passive acting in the same way as Skarbrand's Slaughter and Carnage, becoming empowered with each enemy kill. He has very strong stats as well as Armour-Piercing and Causes Terror, so don't be afraid to throw him into the thick of the fighting, as his Lord of Torment ability will heal him when enemy units are wavering.

Although Be'lakor will be unlocked within your campaign, he will not become available as a starting Legendary Lord, and you will have to unlock him in the same way if you wish to recruit him in another campaign. However, he will permanently become available in the Daemons of Chaos army roster for custom and multiplayer battles as a Lord choice.