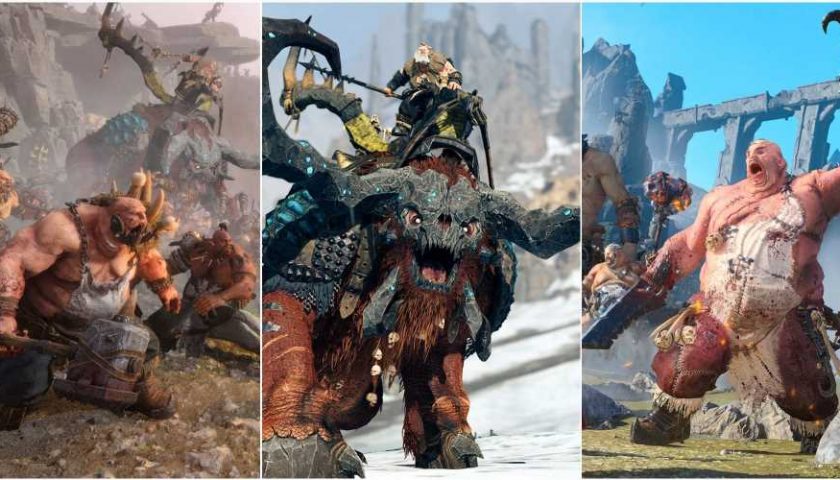 Are you looking for the best and most cost-effective units for your Total War Warhammer 3 Ogre Kingdoms campaign? Then look no further than this list. After thoroughly analyzing all 23 Ogre Kingdoms units in both campaign and custom battles, and on various difficulties, they were compiled into this tier list.

From the S-Tier (superb) to the C-Tier (not recommended), you can use this as a guide when building the perfect army of mercenaries to collect as much meat as possible. 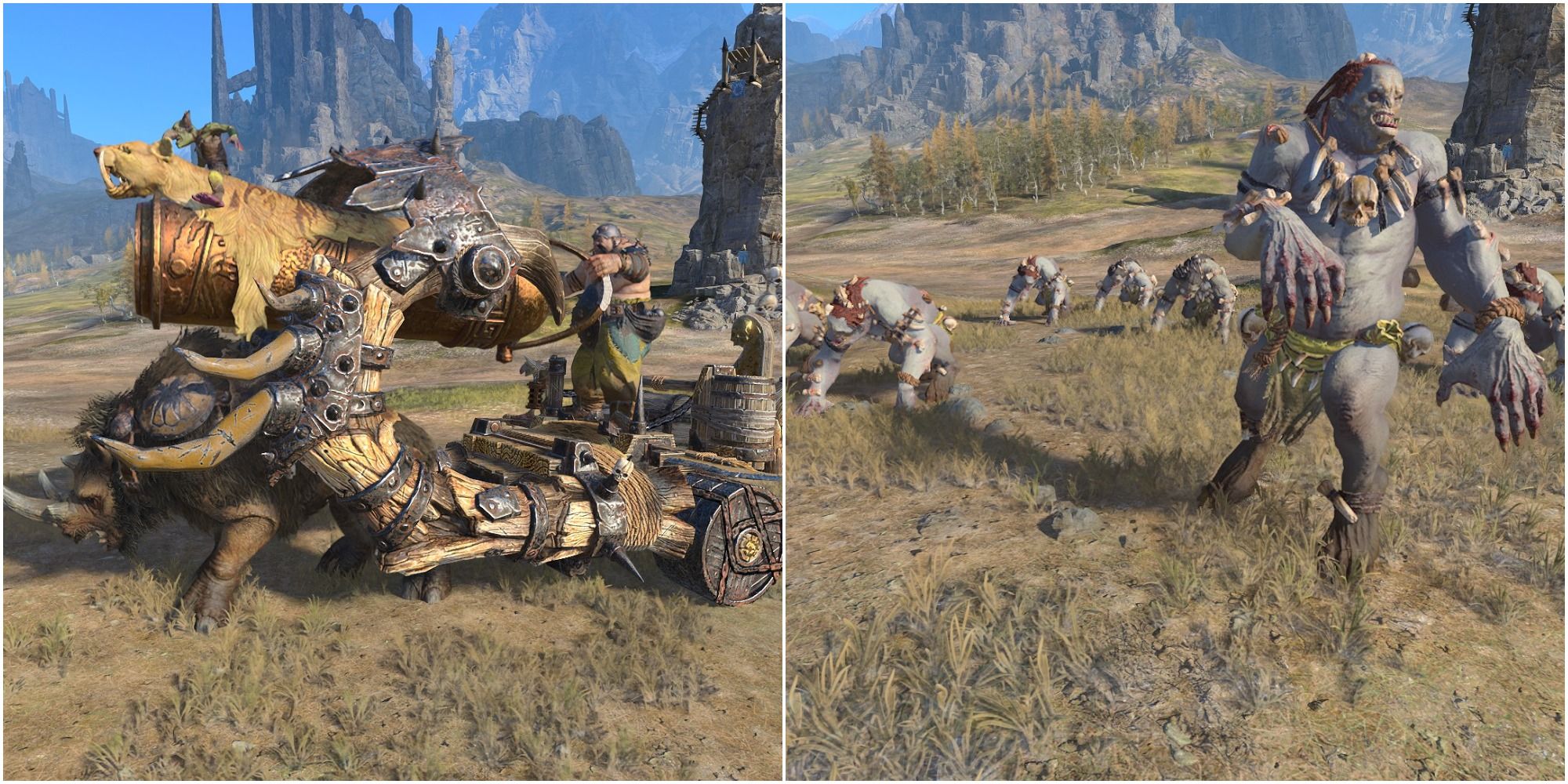 This monstrous infantry unit is by itself already exceptional, but is boosted to S-Tier (and almost deserves a special tier on its own) if you are playing as the legendary lord Skrag the Slaughterer. Skrag not only makes Gorgers cheaper, but he can also get a legendary item eventually that makes Gorgers regenerate very fast in combat.

Currently, the Ironblaster may be the most powerful unit in the game, although a patch seems likely to change that. Nonetheless, even a weaker Ironblaster would get a spot in the S-Tier. This is a very mobile artillery cannon that is so fast that you can even avoid heavy cavalry. It also packs a serious punch and is thus great for taking out enemy monsters or lords.

Just like the Ironblaster, this artillery unit is very mobile. This means you can easily bring it with you on the battlefield, evade heavy cavalry, and get in a good firing position. The Gnoblar Scraplauncher is quite cheap and mainly effective against infantry and ranged units with low armor.

This missile unit is rather fragile, even though they are Ogres, so you should keep them out of harm's way. Leadbelchers have good missile strength with high armor-piercing damage and a decent range. Group some of them, and you will be able to deal out a lot of damage.

This subspecies of Goblins are cheap cannon fodder with decent melee defense and weapon strength. They are useful to keep an enemy unit distracted until your stronger units – like Ogres – can move in to finish them off. For their cost, this unit is deserving of S-Tier, especially in the early campaign. 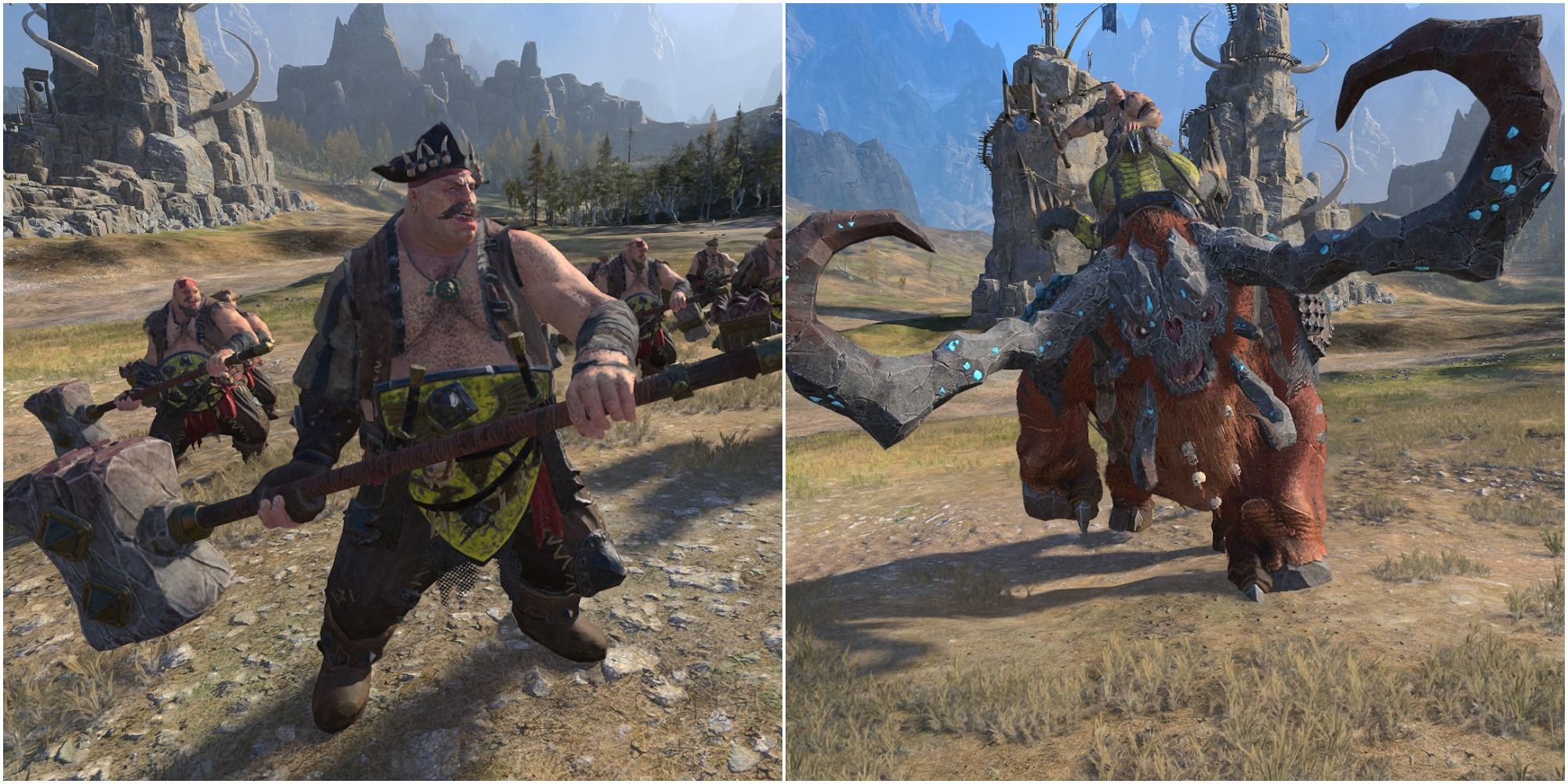 By itself, the Sabretusk is a decent war beast unit. However, if you have a Hunter hero in your army, he can further boost this unit and give it abilities such as Stalk and Vanguard Deployment. These are tremendous boosts to your Sabretusks and will transform them into the perfect killing machine.

Much like the Gnoblars, this is a great unit for your early campaign. It is nearly as cost-effective as the Gnoblars and almost made it to S-Tier too. The Ogre Bulls are even sturdier than you would expect and have a good charge bonus (and Ogre Charge ability). Make sure you always charge them into battle.

The Ogre Bulls with Ironfists have a little shield (their 'iron fist'), more melee defense, and more armor. All in all, this can be seen as a more defensive version of the Ogre Bulls. This will feel even more like an upgrade than the Dual Weapons Ogres.

Just like the Ogre Bulls with Ironfists, this is a more defensive version of Maneaters. Having your unit last longer is always good, so you should upgrade to Maneaters with Ironfists as soon as you can. They have decent armor-piercing, great melee defense, and a small chance to block missiles due to their shields.

The Ogre Kingdoms do not have many anti-large units, but the Maneaters with Great Weapons are so good at this role that you don't need much else. You will want two or three of these units in your army, for dealing with any enemy monsters or (heavy) cavalry.

This massive unit is better than the Giant and only a bit more expensive. It is very fast, especially for such a large unit, has high health, and can punch and charge through infantry ranks like butter. The Stonehorn also comes with good missile resistance, which makes it less vulnerable to a lot of ranged units. An army of 19 Stonehorns will certainly be interesting to see.

This unit is the same as the Stonehorn, but with an additional ranged attack. It can also fire while moving. If you prefer to play more defensively, this can be a useful alternative to the Stonehorn. After you run out of ammunition, you can charge it in.

If you put an Ogre Bull unit on Mournfang mounts, the result would be the Mournfang Cavalry. Just like the Ogre Bulls, they hit hard and are quite sturdy. As soon as you can recruit Mournfang Cavalry, you definitely should. The cavalry of Ogre's Kingdom is not to be underestimated.

Again, the commonalities within the roster of the Ogre Kingdoms are clear. The Crushers with Ironfists are a more defensive version of the normal Crushers. This is a strong heavy cavalry unit that can be used to stand up to enemy heavy cavalry, such as War Bear Riders.

There is not much to say here, the Crushers with Great Weapons are an upgrade of the Mournfang Cavalry, so if you can afford them, you cannot go wrong here. Their purpose is the same. 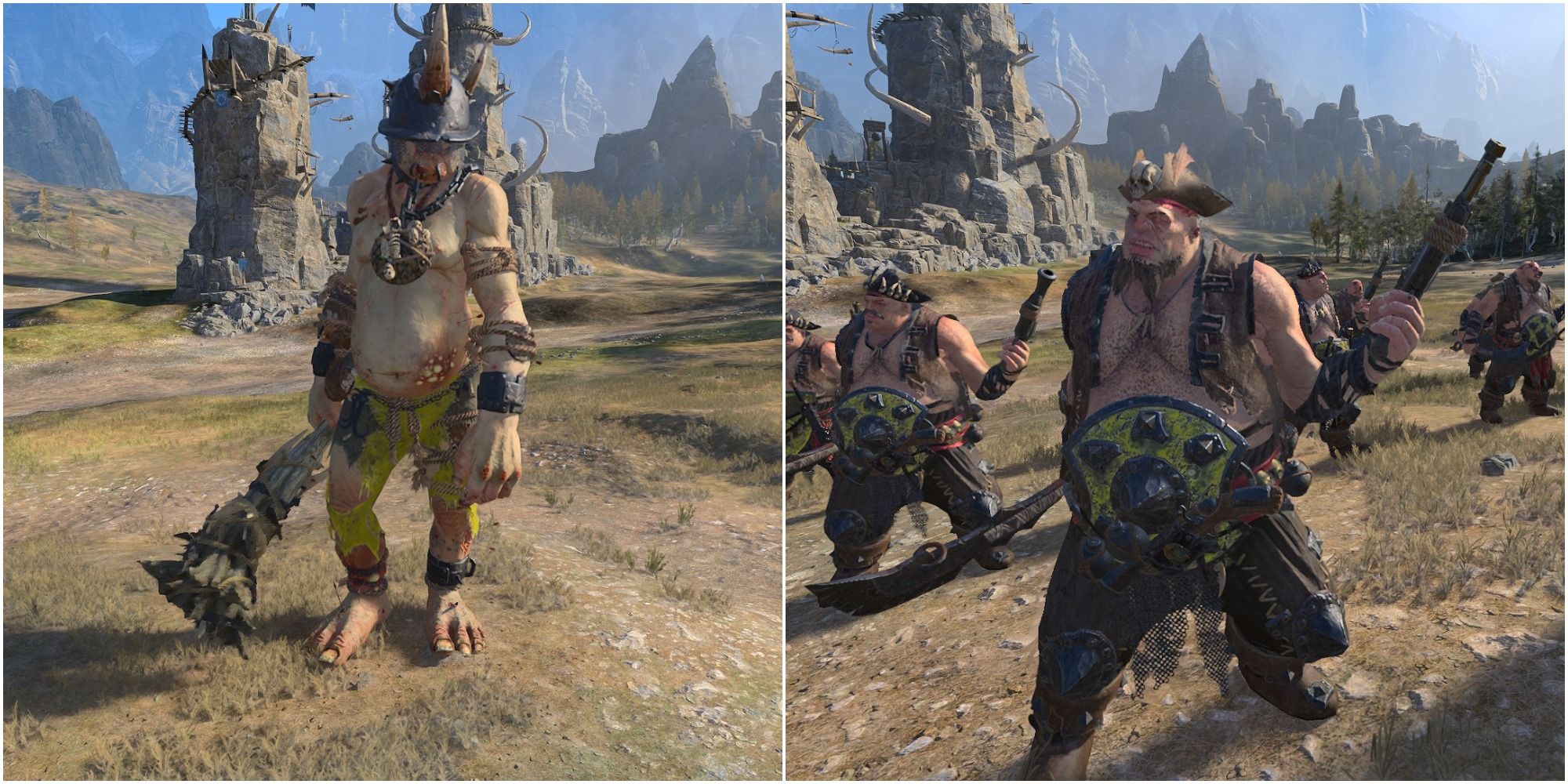 The Gnoblar Trappers are just basic Gnoblars but with an added ranged ability. Unfortunately, their range and ammunition are both low. While they are decent as an ambushing force, this does not justify their increased cost compared to Gnoblars. All in all, it is better to field more Ogre Bulls, or rush straight to Gorgers, rather than recruit these Trappers.

The Ogre Bulls with Dual Weapons are very similar to the normal Ogre Bulls. The only difference is that they come with an anti-infantry bonus, which makes them a bit more effective at killing infantry. This is not a bad unit, but typically you will want to skip them and go straight for the Ogre Bulls with Ironfists.

The Ogre Kingdom's Giant may be the best Giant-like creature in a Warhammer game to date. This Giant has huge mass and health, as expected, but is also so effective at damage-dealing that it can kill a lot of other monsters in single combat. Therefore, in a settlement battle or on chokepoints, this unit will be quite valuable indeed. On an open field, it is still very vulnerable to missile units.

This unit is the same as the Maneaters but with additional ranged capabilities. They can fire while moving, so you can charge them into the enemy, and they will fire off some shots before the lines clash. While this sounds good on paper, in practice the Maneaters with pistols are less cost-effective than most other units in the Ogre Kingdom's roster.

The Ironguts have high armor and armor-piercing damage, but fewer entities within one unit than Ogre Bulls or Maneaters. They are not bad but in most situations, you are better off using Maneaters with Ironfists.

Just like Khorne's roster, the Ogre Kingdoms do not have any units that belong in the C-Tier. All of their units can be recommended, depending on the circumstances.