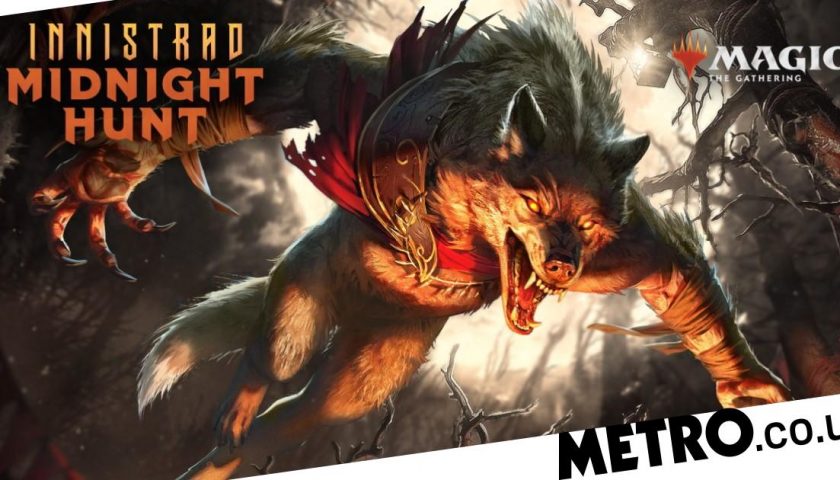 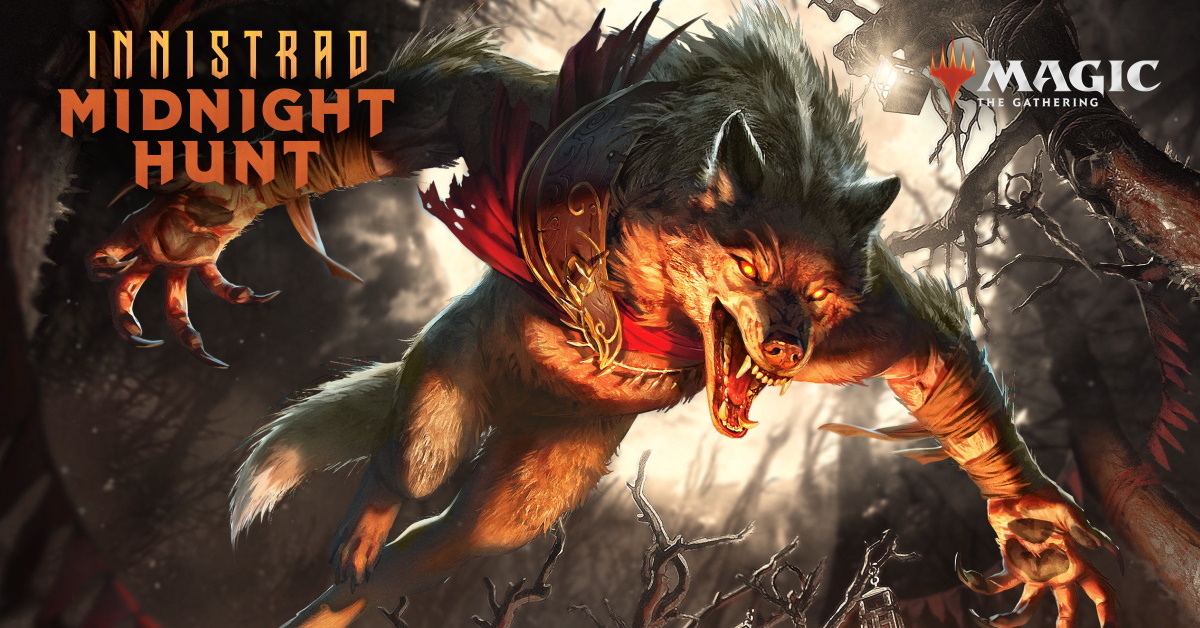 GameCentral recommends some of the best new board and card games with a supernatural theme, including new D&D and Magic: The Gathering expansions.

As the nights get longer, and the clocks prepare to go back, there’s never any better time of the year to enjoy a good board or fantasy card game, especially if it’s got a spooky Halloween flavour to it.

Like video games and movies, more supernatural themed board games get released at this time of the year than any other, but there are some other new topical releases, such as Dune: House Secrets from Portal Games and role-playing game Dune: Adventures In The Imperium from Modiphius – to coincide with the new big budget film adaptation.

If giant sand worms aren’t scary enough for you there’s also a host of other games featuring creepy circuses, werewolves, and witches, for those that want to try the sort of live action party game that inspired Among Us. The following games all have appropriately sinister aesthetics, to ensure the spookiest night of board game playing possible, but they’re also mostly quite short and easy to get into if you’re not a board game veteran.

Board game Zombicide has so many expansions it can be hard to keep track of them all, but the three Ghostbusters packs have been some of the most anticipated of the year. They will allow you to team up with some familiar faces from the Ghostbusters movies and use their proton packs and ghost traps to take down the undead hordes. Even Slimer can be on your side if you sneak him enough snacks.

Zuul, Vinz Clotho, and Gozer the Destructor are all featured, plus the Stay-Puft Marshmallow Man – who is classified as an abomination enemy and can most easily be taken down by crossing the streams. You’ll need either the Zombicide 1 or 2 board games to play with the new characters, but the figurines look so good they’re almost worth it on their own.

For real gothic horror Magic: The Gathering has got your back, which might become increasingly hairy if you draw one of the new double-faced cards such as a Hound Tamer or Bird Admirer. These new cards tie in to the Harvesttide Festival and can be flipped to reveal more sinister werewolf alter egos.

In the Magic: The Gathering backstory, werewolves have been gaining power as the nights on the plane get longer and darker, so the humans are trying to fight back by forming covens. Innistrad: Midnight Hunt focuses on werewolves’ new mechanics, including a new night and day system which controls when players can use spells. There’s also a new coven mechanic for humans, which comes into play when controlling creatures.

Also look out for Innistrad: Crimson Vow, which launches in November and focuses on everything vampire related.

Tales From The Loop – The Board Game

Spooky scrap metal more your thing? There’s some dodgy experiments happening in the frozen wastes of Scandinavia, adapted from Simon Stålenhag’s beautiful art book Tales from the Loop. It details an alternate history where in the 80s technological behemoths invade the tranquil landscapes and the hum of sinister experiments can be heard underground (if that sounds familiar the video game Generation Zero has been accused of ripping off the same idea).

Up to five players take on the roles of kids who, rather than finishing their homework, set out to investigate the mysteries of a huge underground science facility called The Loop. The game includes three scenarios: Bot Amok!, The Light Fantastic, and The Passenger and if nothing else you can guarantee the artwork is work is great.

Dungeons & Dragons: The Wild Beyond The Witchlight

Things are getting wicked in Feywild, the new D&D location which seems to be a circus themed Twilight Zone. The new adventure introduces two new races – fairies and humanoid rabbits called harengon – and the owners of the Witchlight carnival, Mister Witch and Mister Light. The carnival acts as a gateway to a Feywild domain of delight called Prismeer. Think of it like the Dungeons & Dragons version of Disneyworld, except all the magic is real.

Designed to appeal to entry level characters of levels 1 to 8, this is a great, spooky introduction to role-playing with some appealing new races and backgrounds as players work to thwart the Hourglass Coven. If you Like Ray Bradbury’s Something Wicked This Way Comes you’ll be a sucker for the wicked schemes of this new book, which resembles Alice in Wonderland meets Stranger Things.

If that’s not enough to keep your party of adventurers busy watch out for a host of despicable dragons in Fizban’s Treasury of Dragons, an extensive bestiary of scaled brutes which launches at the end of October.

Resident Evil 3: The Board Game

Based on Capcom’s classic video game, this board game is a cooperative campaign game for 1-4 players. Things may seem easy at the start of the game, as it draws you in, but the action quickly ramps up and exploring Raccoon City you’ll need to work together to search for items and make meaningful choices if you’re to survive Nemesis and the other horrors. Although it helps to play as Jill Valentine, as she’s the only one with eight inventory slots.

If you’re a fan of all things Resident Evil this game is a must-have, with its detailed miniatures and rewarding gameplay – it really can’t be recommended enough. Watch out for the upcoming Kickstarter for the original game, because if it’s as good as this one you won’t want to miss out.

Social deduction game Mafia has been popular for decades now, especially in its alternate setting featuring werewolves, but most people nowadays probably recognise the formula more from video game hit Among Us. Werewolves of Miller’s Hollow is the most popular variation of the original concept, but you’ll need to be popular host with a sizable sitting room to play it, as there’s a requisite for at least eight players to start the game.

You play as residents of a small village which is haunted by werewolves. Each player is secretly assigned a role as either werewolf or townsfolk, with special characters such as the sheriff, the hunter, the witch, the little girl, and the fortune teller, who together co-operate to deduce who the werewolves could be.

The game alternates between night and day phases and at night the werewolves secretly choose a villager to kill. During the day, the villager who was killed is revealed and is out of the game. Everyone then deliberates and votes on who they suspect is a werewolf is and the chosen player is forced to tell the truth.

Ever wanted to rewrite your favourite Disney movie so the baddies win? The scariest thing about this game is the battle of the egos, as players take on the role of one of six iconic villains: Maleficent, Ursula, Jafar, Prince John, The Queen of Hearts, and Captain Hook. Each player has unique individual victory conditions that need attention but have to watch out for the other villains, who will ruin your plans for their own selfish ends.

Villainous has Disney quality production values and solid, original mechanics. Cards have a power cost to play them, and you can collect and bank power by traveling to different locations unique to your own villain’s realm. Although the content is definitely a U classification, keep in mind younger players might need a hand getting to grips with the PG gameplay.

This is the biggest Underworlds set to date and introduces a new way to play in Rivals, which lets you jump straight into the action, as every warband currently released comes with a pre-built deck. That means you can get right into hacking and smashing your opponents as soon as you’ve assembled your miniatures.

This is great for newer players who were put off with the card collecting elements, as Harrowdeep contains everything you need to make a splash in the damp labyrinths of Ulgu. The new double-sided game boards set the atmosphere perfectly, capturing the dank, salty depths of Shadowsea.

For another take on Something Wicked this Way Comes, this new spin-off from Mysterium offers a shorter but no less enjoyable experience. The original Mysterium Park was set in a haunted house but this simpler, quicker standalone game involves a sinister circus. The basic concept is the same as before though, as a ghost sends you messages so you can try and find out what has become of the park’s missing director.

You have to rule out suspects and locations by interpreting the messages from the other side, but you only have six nights to do so before the circus leaves town. The illustrated cards and screens look absolutely stunning, as the player who has taken on the role of the ghost doles out ethereal clues as to what’s going on.

In another game of social deduction, similar to the Werewolves of Miller’s Hollow, Salem 1692 has you accusing and defend your fellow townsfolk as you hunt down some wicked witches. You have to be quick though, before you end up in the firing line, as the conspiracy spreads like wildfire.

This game also includes a day/night mechanic, allowing the witches their chance to off someone while everyone’s eyes are shut. Players can play as prominent villagers, with the unfortunate Sarah Good (or not so good), pastor Samuel Parris, farmer John Proctor, being just a few of the 12 characters you can play as, all of who have detailed backstories which give the game real tension and depth.

The game comes in a faux leather-bound book ripe for thumping on the table, to add weight to your accusations, forcing the accused to reveal their Tryal card and discover the truth.