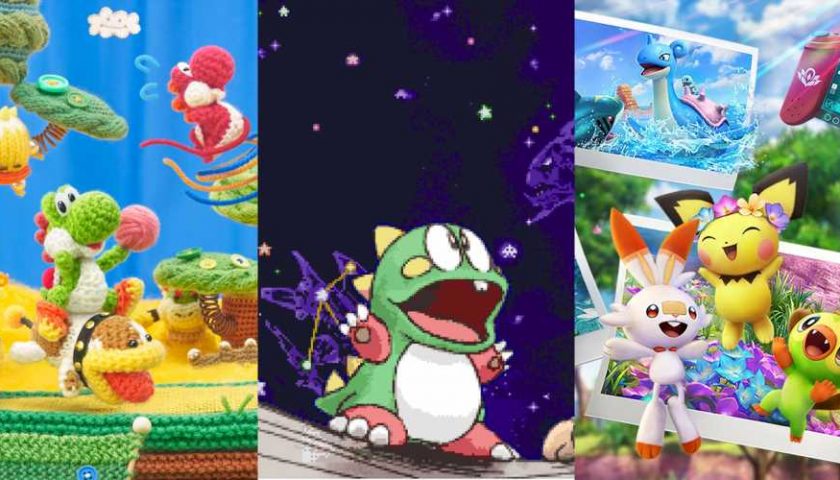 Players are drawn to certain video games for many reasons. Games filled with action-packed combat or a mysterious plotline are always popular. But what about the games we are drawn to simply because they look cute? You may not go to the store and pick a video game simply based on the appealing box art anymore, but some of the most memorable games in our lifetime were bought for the sole reason of looking cute.

Even if this is no longer the case for players, cute characters, adorable storylines, and cozy feels are a rising trend in games (even Cozy Grove's furniture items are adorable). There's certainly a large market for that cute, charming aesthetic. Sometimes, in this day and age, all anyone needs is a video game that makes them go "Awww". Here are some of the cutest that don't skimp on the gameplay either. 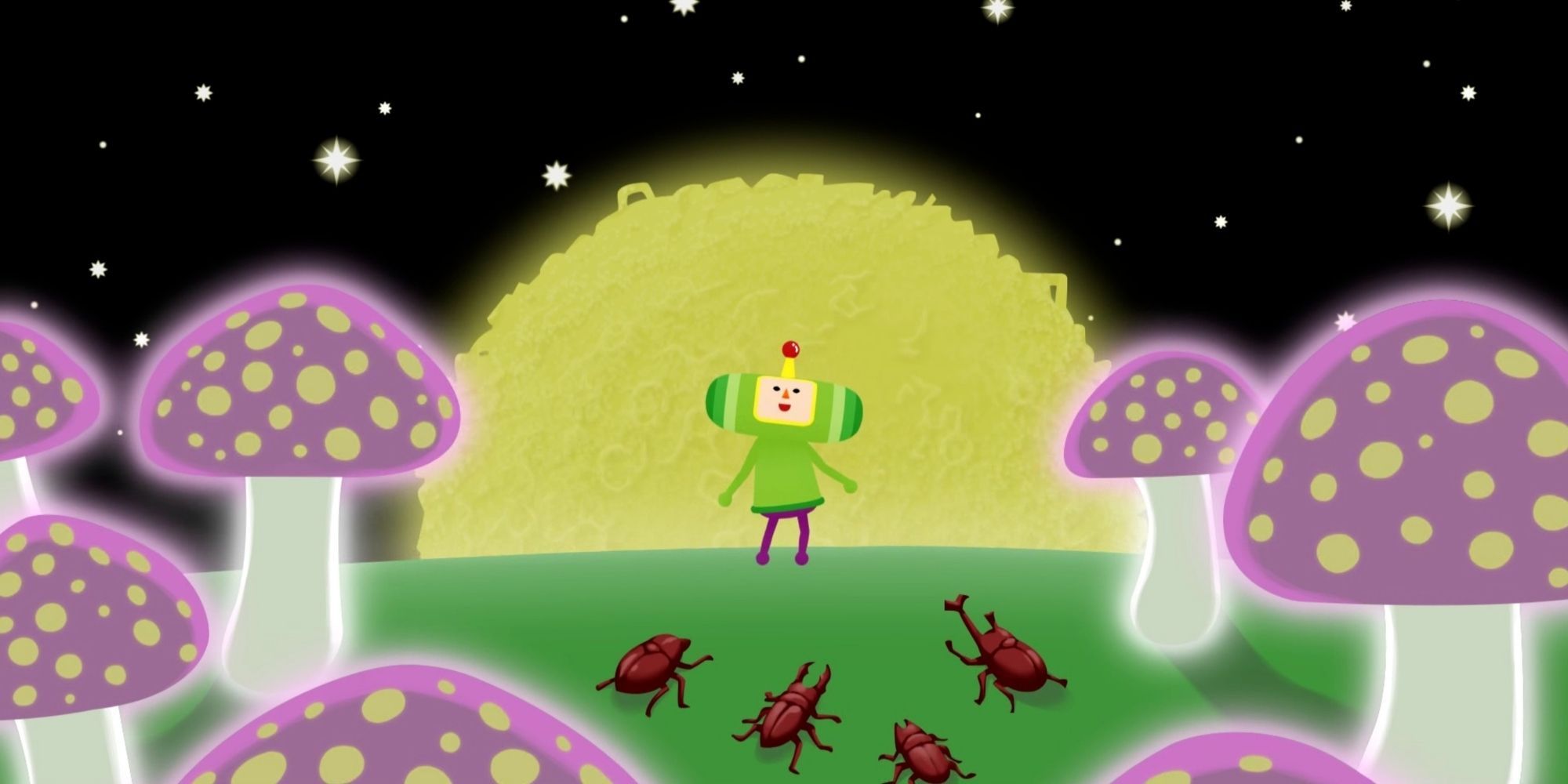 Your father destroys the Universe and enlists you, a simple Prince who is only five centimeters tall, to help rebuild the galaxy. Roll up items with a giant sticky ball and turn them into stars, does it get any cuter than that?

Katamari Damacy is a joyous experience from start to finish. Our silent protagonist is the cutest, most diligent worker, and his simple objective makes this an easy game to play whatever the weather outside. As you roll over more items, your Katamari Ball gets bigger, eventually allowing you to roll up even bigger items, moving from thumbtacks and dice to skyscrapers and cruise ships. The entire Katamari Damacy world is a delight to run around in, with dialogue that will make you laugh out loud and charming characters that just put a smile on your face. There are a lot of experiences out there that are even more adorable, though. 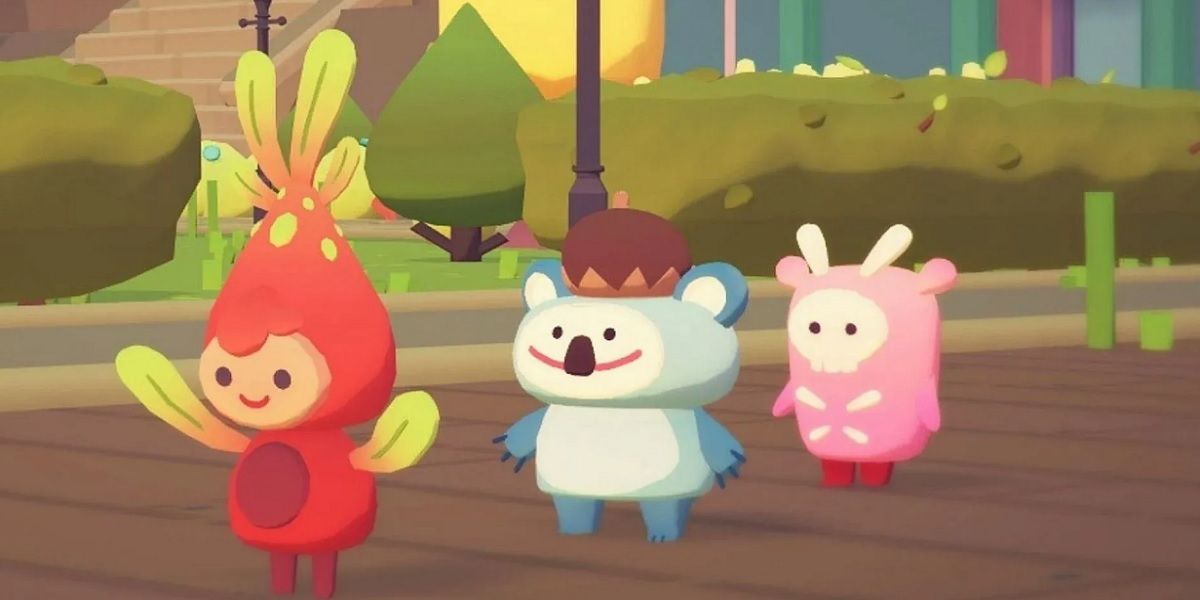 Moving to a new island, farming, and raising little critters isn't exactly a new concept. However, Ooblets knocks it out of the park. Having left your boring, stuffy life on Ahroh Island, you arrive in Badgetown, a seaside town off the coast of Mainland Oob where tiny creatures called Ooblets live in harmony with the residents. Restore your newly acquired farm, build relationships with the villagers and, most importantly, grow and collect Ooblets.

The game boasts the cutest take on combat: Ooblets resolve their problems with dancing. Ooblets takes obvious inspiration from other popular titles such as Stardew Valley and the Animal Crossing series, and while it doesn't top them, it's fantastically unique in its own way. 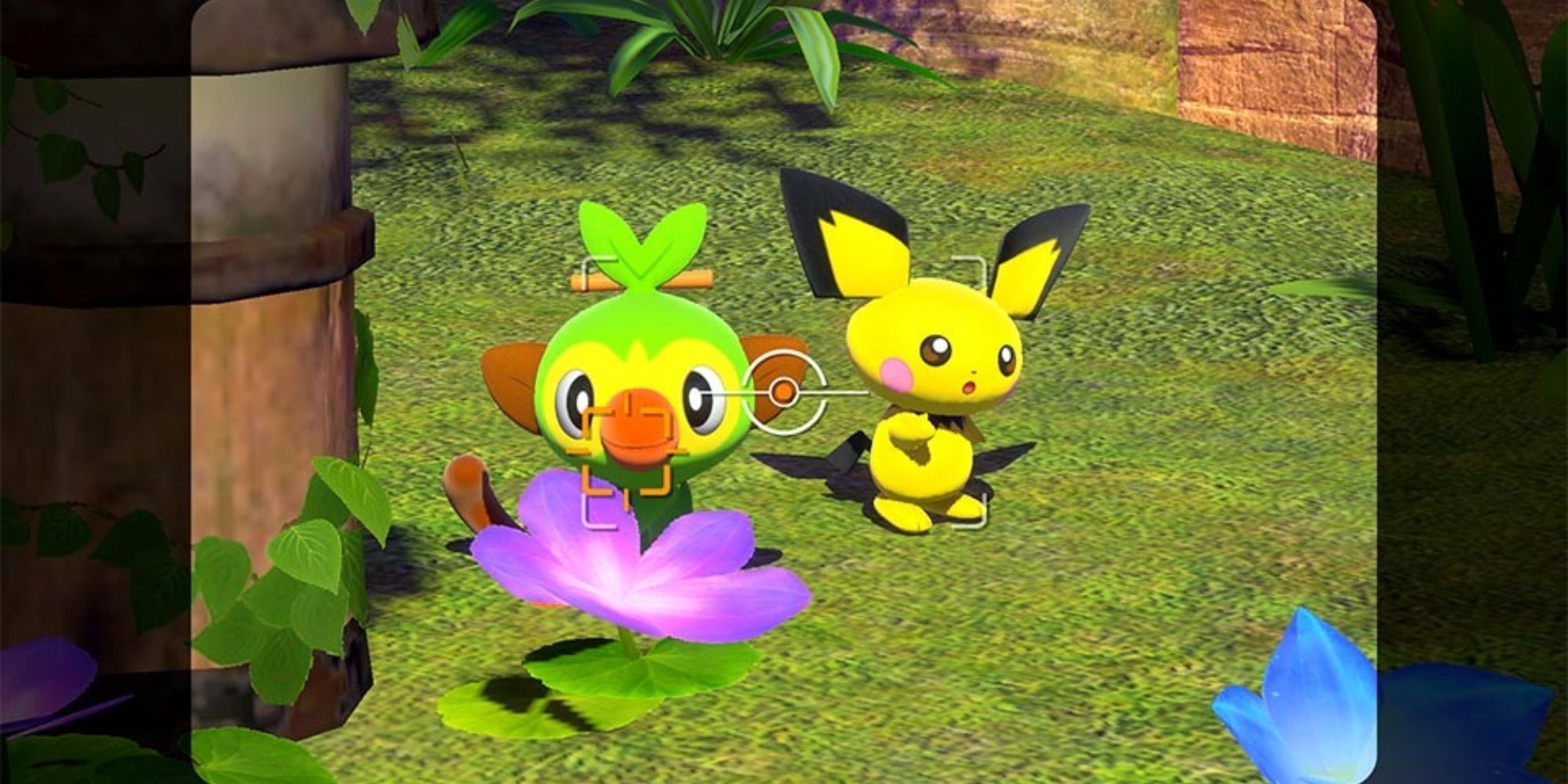 New Pokemon Snap is, as fans will know, a follow-up to the 1999 original for the Nintendo 64. Old and new fans alike can enjoy the serene experience of roaming through various lands taking photos of cute Pokemon.

A completely different adventure to that offered by the mainline series, you can immerse yourself fully in taking adorable photographs of a variety of different creatures, reveling in their animations. See a Quagsire chilling in a forest lagoon? Get that snap. How about some Mantine catching air through the waves? You know the drill. It's a delight just to watch them, though the frustration of missing a perfect shot does creep in. 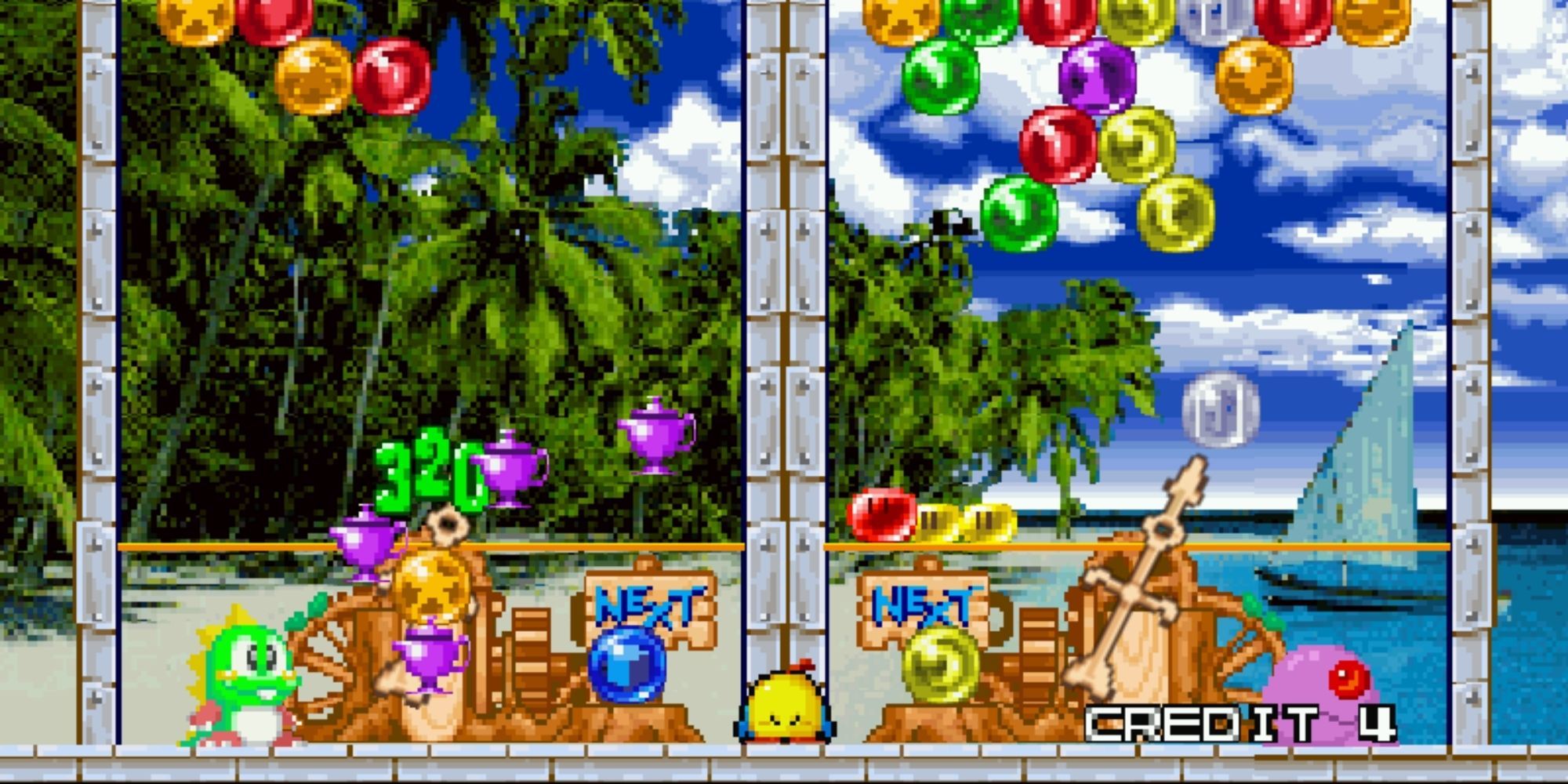 There's no resisting charming dragons Bub and Bob in this puzzle spin-off from the Bubble Bobble series. Puzzle Bobble is fun, yet limited, while Puzzle Bobble 2 is host to a special kind of cuteness.

In this classic arcade tile-matching game, you must clear the arena by matching colored bubbles and making them pop. If bubbles start to build up, Bub will be sure to let you know with the occasional heart-wrenching teary-eyed wave. Puzzle Bobble 2 captures the charm of the original while introducing new characters, a memorable soundtrack, and extra adorable animations. It may have rated higher if the baby dragons weren't the primary focus. 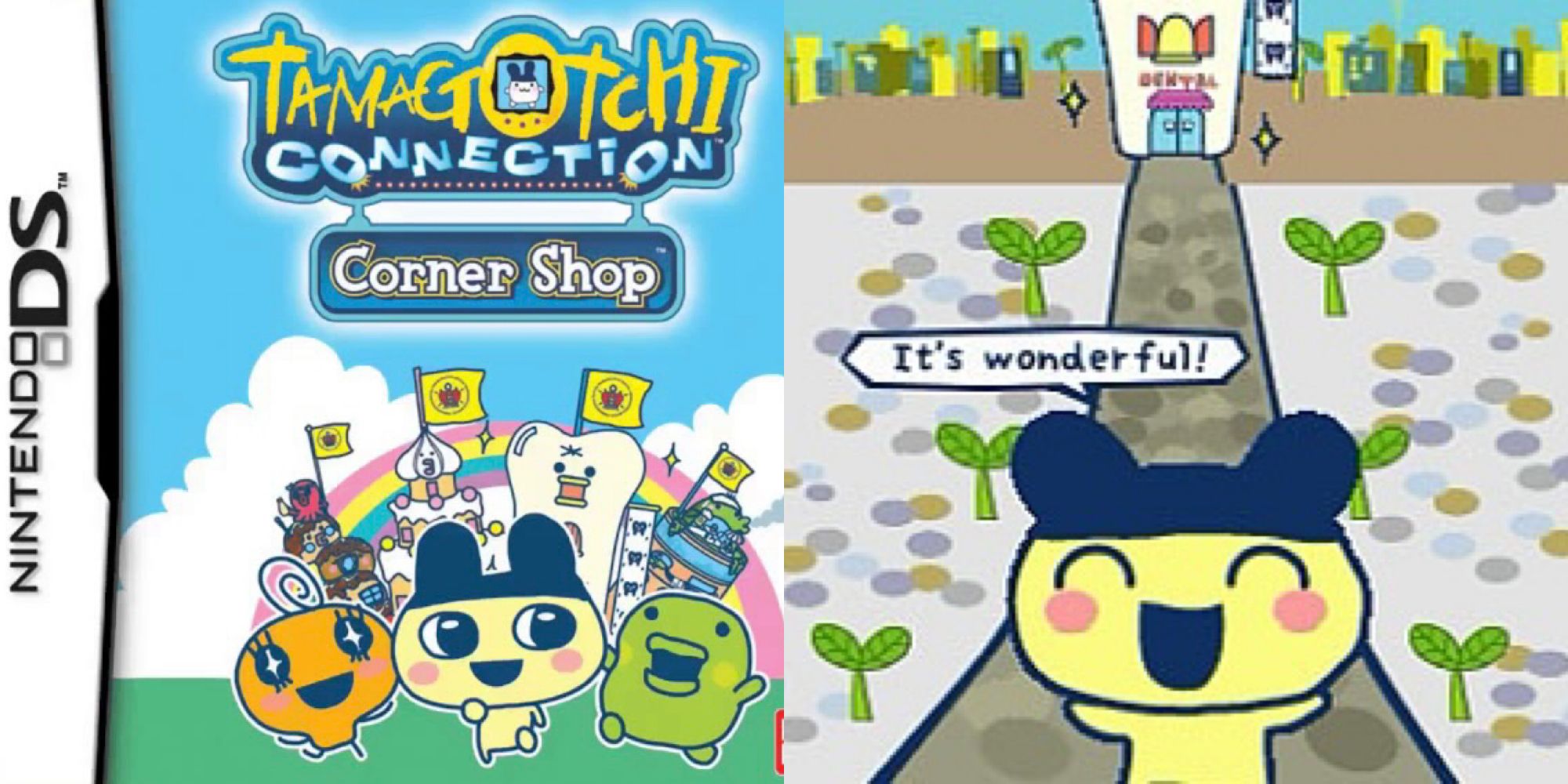 The Nintendo DS library is host to hundreds of cute games, yet not one does it quite like Tamagotchi Corner Shop. The premise is simple enough: You play as a Tamagotchi and run a variety of different shops and businesses, from a laundromat to a takoyaki shop.

The title's straightforward-yet-adorable gameplay is tied together with quite possibly the cutest sound effects to ever be heard in video game history. Tamagotchis were cute to begin with, but to make them entrepreneurs? It takes the concept to a whole new level. The simplistic visuals are part of its charm, but other titles have pushed this bar further. 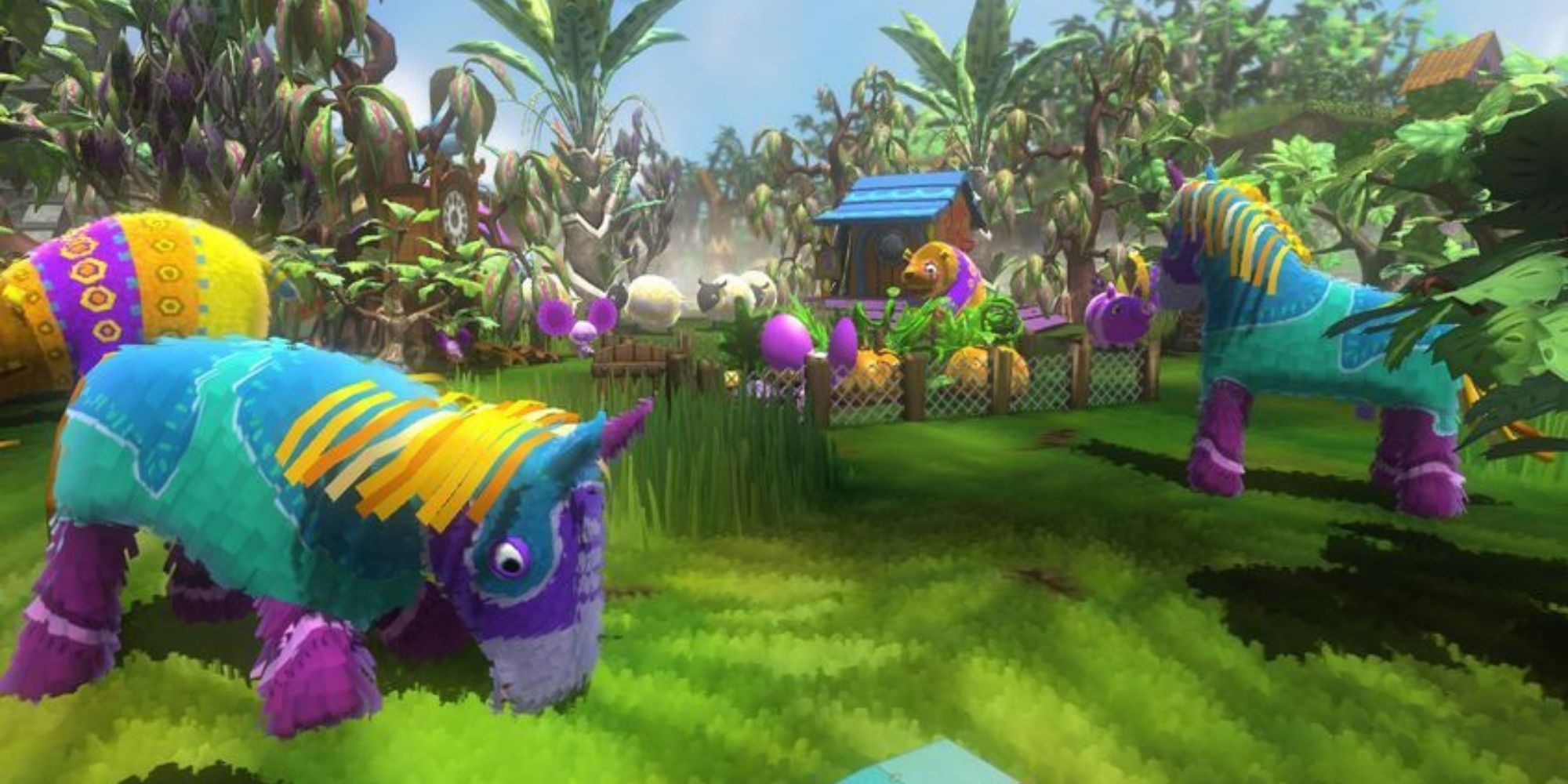 Released in 2006, Viva Piñata set the bar for cute games to follow in its wake. Piñata Island is inhabited by adorable, living and breathing piñatas. Naturally.

You receive the deeds to a plot of land which you are free to decorate and terraform. The goal is to make your garden attractive for Piñata species to visit, and encourage them to eventually live there. A wide range of Piñata species inhabit the island, all with ridiculously sweet names based on popular candy and confectionery. From Shellybeans to Elephanillas, the fun of unlocking a new Piñata in this game never dwindles, but there are yet more wholesome experiences ahead! 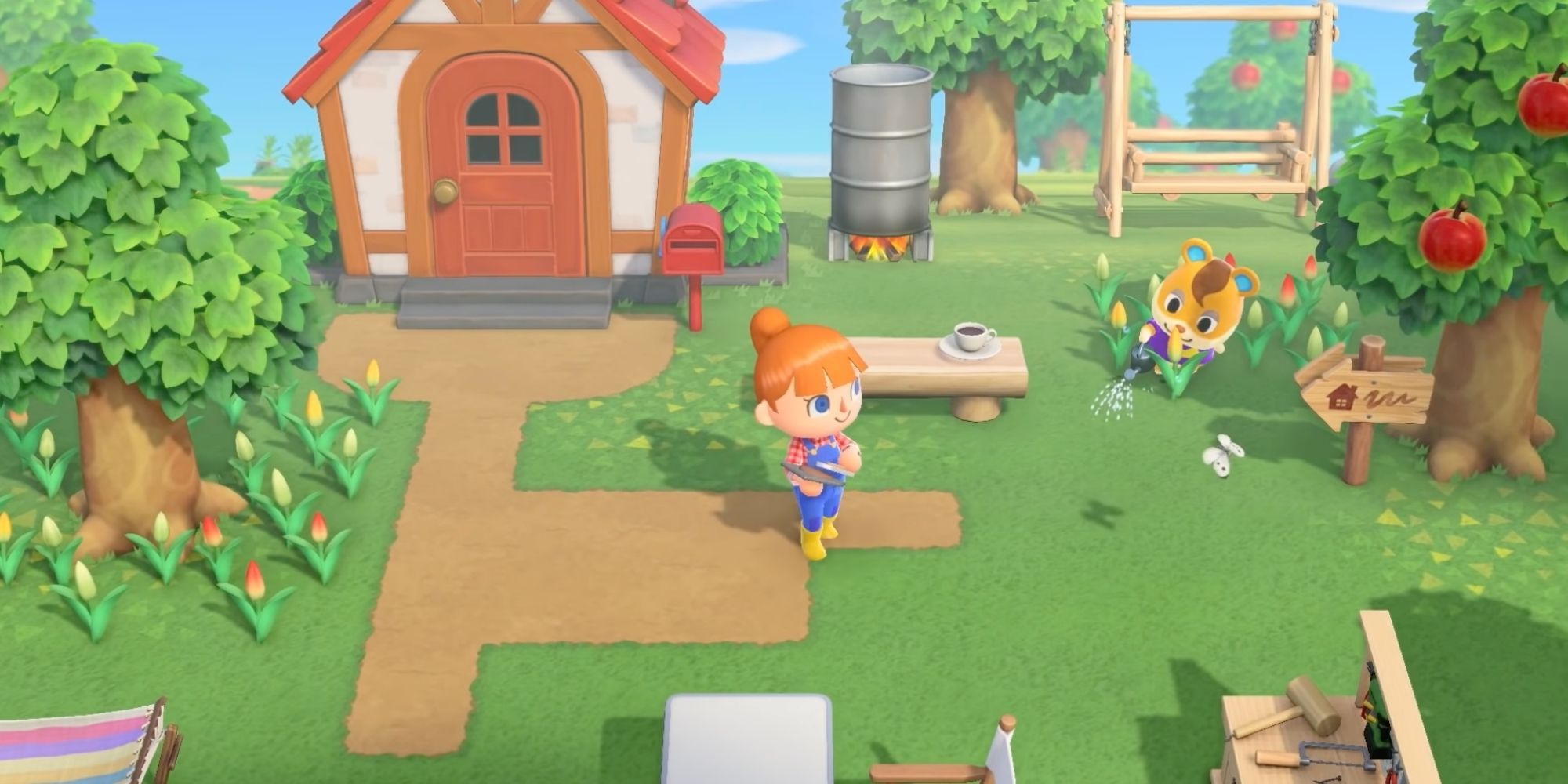 Animal Crossing has graced Nintendo systems as a cute title since 2001. Little did we know, hearing our adorable villagers talk in Animalese was only the beginning of the cuteness rollercoaster the series would proceed to take us on.

Animal Crossing: New Horizons follows the standard series format, whilst adding in a wide range of new creative tools. Move into a new settlement, build relationships with the residents, take part in a wide range of activities and decorate to your heart's content! New Horizons saw the introduction of some of the cutest villagers in the series, from starry-eyed bear cub Judy to the adorable baby blue goat, Sherb. This colorful, feel-good world is the perfect game to jump into if you are just looking for some cute characters to pass the time with. Familiarity from its play-a-little-every-day loop dilutes that sense of wonder, however. 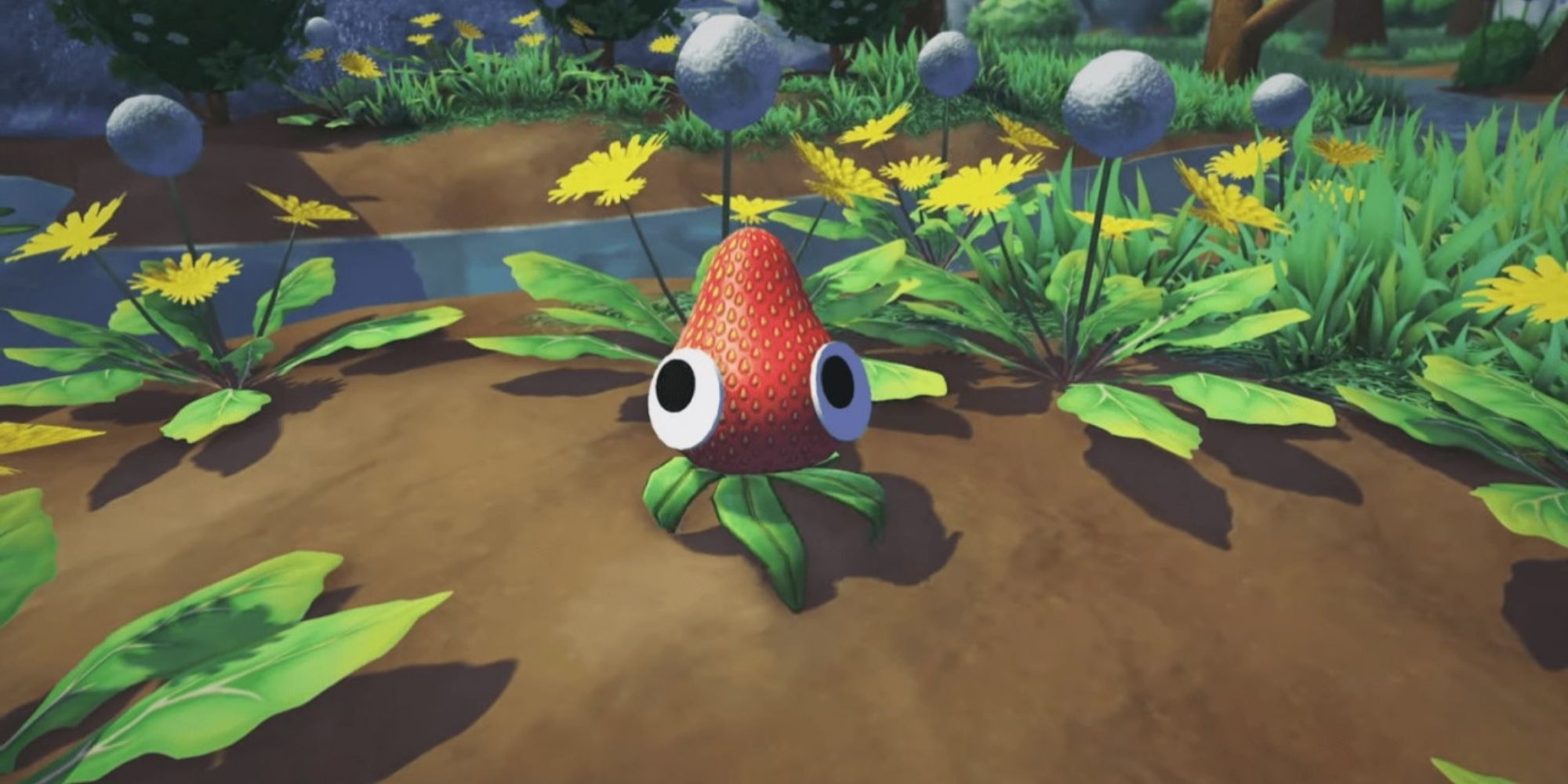 Bugsnax is similar to Viva Piñata, with its objective of collecting cute critters with food-based names. It released in 2020, and its wacky, delectable world and edible critters make it a charming experience from start to finish.

Snaktooth Island is home to magnificent half-bug, half-snack creatures known as Bugsnax. You're invited to the Island by Elizabert Megafig, and upon arriving, you realize she is nowhere to be found. Tasked with uncovering the mysteries of this curious place, you set about exploring various biomes to discover and capture Bugsnax, from Bungers to Scoopy Banoopys. Bugsnax is a delightful game with a unique charm all its own, but the notion of eating the poor little souls detracts from its cuteness just a little. 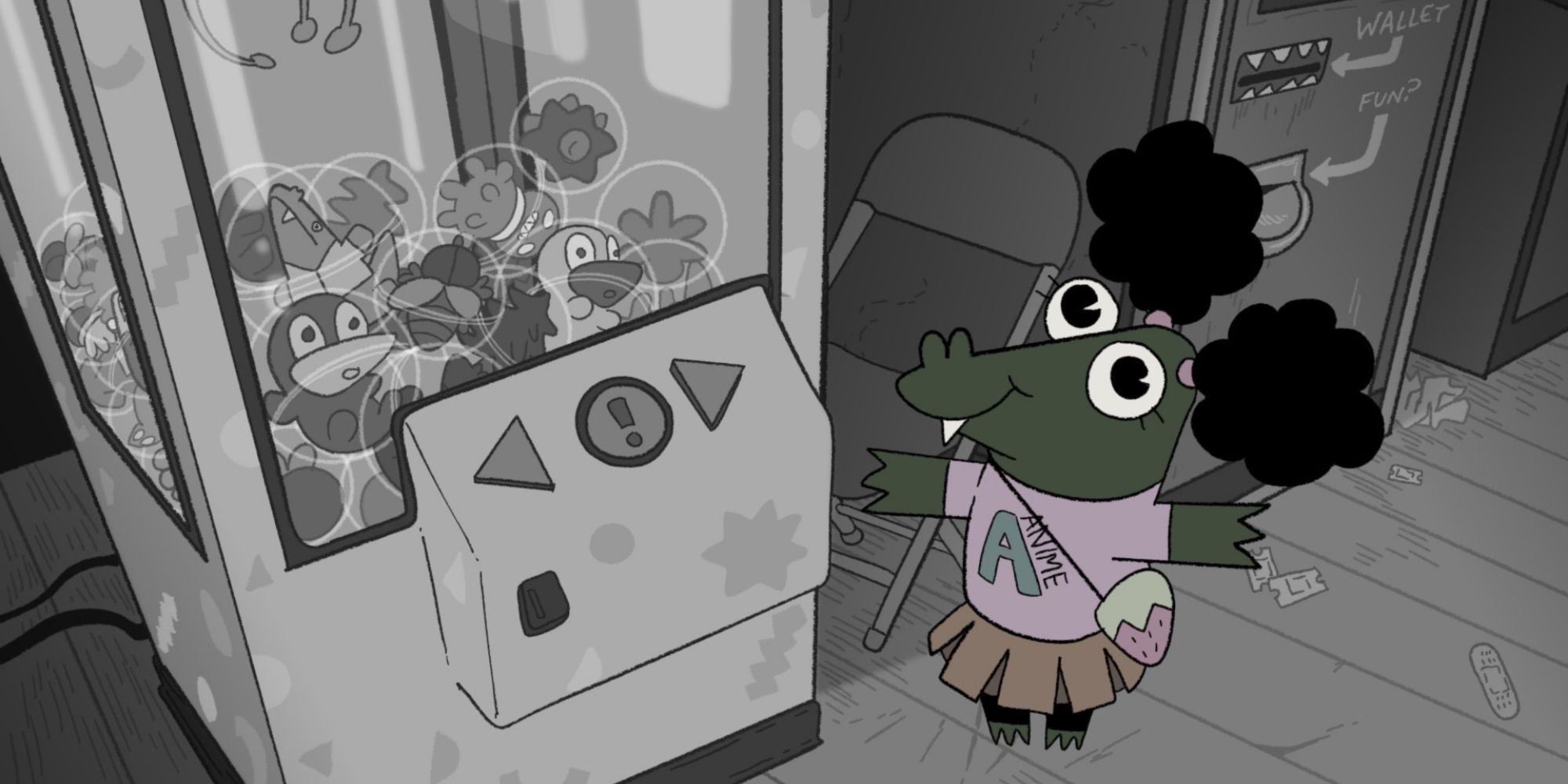 Later Alligator is a delightful whodunit-style adventure set in the bustling metropolis of Alligator New York City. Little alligator Pat is quite certain his family are up to something nefarious, and he has enlisted you, a fellow alligator, to help solve the mystery in this wonderful point and click title.

Later Alligator is a beautifully animated 2D game, brimming with so much personality that you're sure to walk away from playing with a smile on your face. With dialogue that will make you laugh out loud and the cutest cast of characters, this underrated title has it all, but its dark undertones and lack of iconic appeal just keeps it from the top spot. 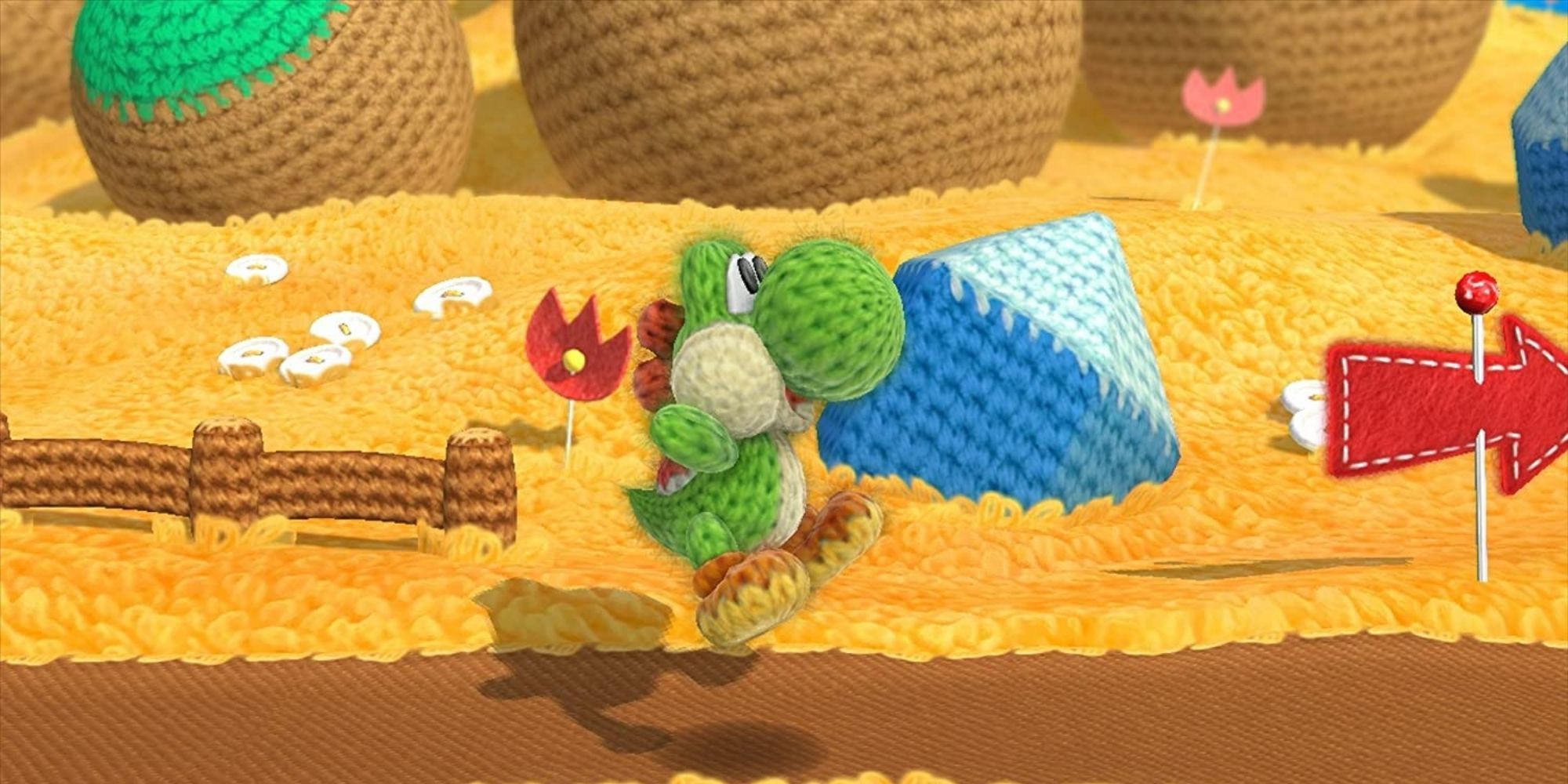 There is something beautifully endearing and wholesome about a knitted character. Take some wool, add Yoshi, and you've got perhaps the most charming video game ever made to date.

The evil Kamek has turned all the Yoshi into yarn, and it's our Yoshi's job to get them all back. The characters and the level design both make the most of the unique woolly aesthetic, with backgrounds and levels that look as if they were handmade with items you would find in a craft store. The music is delightfully whimsical too. It all goes to make Yoshi's Woolly World a real joy: Nintendo's signature family friendly fun at its finest.