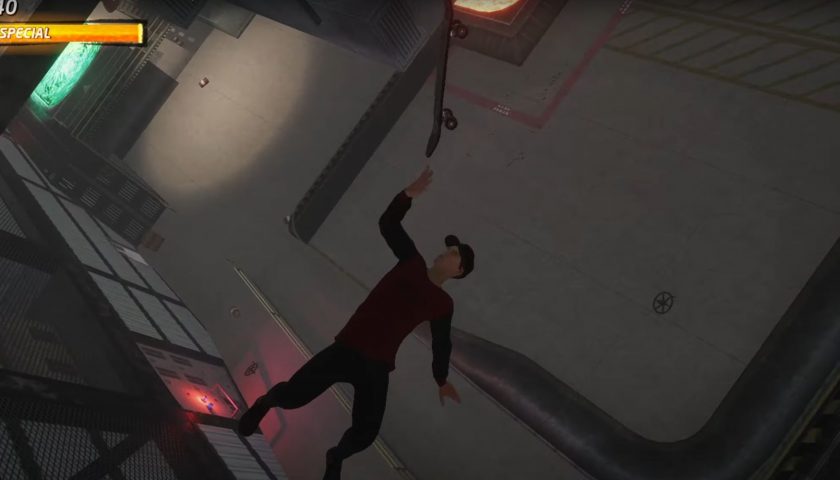 Tony Hawk’s Pro Skater 1 and 2 were both great, but many fans think that the Tony Hawk’s series didn’t really hit its stride until 3. Sadly, with Vicarious Visions folded into Blizzard Albany (which is hard at work on Diablo 4), it seems exceedingly unlikely that Activision will remaster Tony Hawk's Pro Skater 3 in the same way it did the first two games.

As reported by Games Radar, these maps aren't quite ready for prime time yet as they're missing a lot of essential features like goals, gaps, and even proper sound effects. However, you can still download the mod through the link here, which can also be seen on videos posted by YouTuber Muhcrew.

The maps currently available in the mod include Los Angeles, Canada, Airport, Tokyo, Practice (always a good place to start), and Foundry, which is showcased in a physics-defying video from prevzzy. It doesn't look nearly as good as the levels remastered in 1+2 as they appear to be direct ports from Tony Hawk's Pro Skater 3, although there are some lighting improvements. The expectation is that these maps will receive additional polish as THPSPro's development proceeds. As with most mods, this is a bit of a passion project, so there’s no hard release date.

Despite Activision's abrupt turn away from a Tony Hawk's Pro Skater revival, Tony Hawk is still all about keeping the brand alive. Although it really seems like he doesn't need to. Over the summer, Hawk crashed a concert from the UK's "first and only Tony Hawk's Pro Skater cover band," and actually got up on stage to sing along.

"Thank you for having such reverence," Hawk said to a cheering crowd. "It’s really been my biggest honor to have these games carry on for so long and hey, we’re keeping it going, right? I had to join the party!"