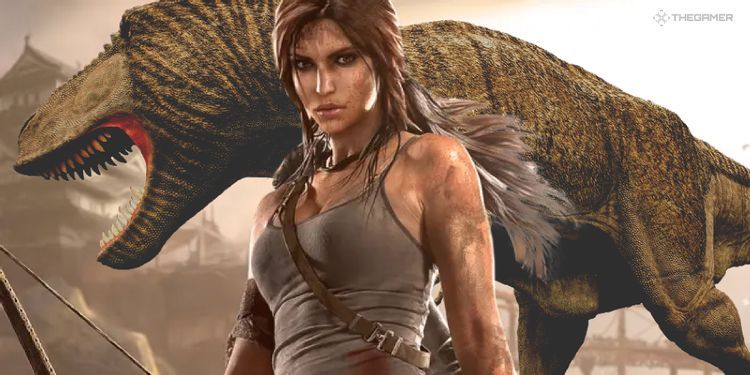 Lara Croft's adventures take her to some of the most dangerous places in the world. And once she's there, all hell tends to break loose. Of course, not everyone has the backing of the wealthy Croft estate to fund their adventures, but that doesn't mean you can't become a Tomb Raider. So while Lara is off endangering, and then saving the world in some exotic location, you can do the same – in Camden Market.

Little Lion Entertainment Limited, a company that organizes live experiences for audiences, has introduced Tomb Raider: The Live Experience, in partnership with Paramount Pictures, Crystal Dynamics, and Square Enix. The experience opens on May 9 at Camden Stables Market.

Visitors will be led by Lara Croft herself, as they solve archeological puzzles in Finland and later fight off enemies with bows and escape to Costa Rica. They will then make their way to a container ship in search of relics, the jungle to explore an underground chamber which can only be reached via a zipline, and finally, solve environmental puzzles to defeat the enemy. The experience starts at £66 per person and tickets can be booked here.

“It’s now just six weeks until Tomb Raider: The Live Experience opens its doors to the public and with the help of our Official Lara Croft Cosplay Ambassador it’s clearer than ever before that we’ve arrived and are ready to take Camden by storm. We’re beyond excited and can’t wait to welcome our first guests into the attraction to, with the help of Lara Croft, save the world,” said CEO and Founder of Little Lion Entertainment, Tom Lionetti-Maguire.

Back in the video game world, lead writer of Tomb Raider and Rise of the Tomb Raider, Rhianna Pratchett, revealed that she's not too fond of the dad plot. In reply to a tweet asking writers not to focus on Lara Croft's dad, Pratchett replied, "Speaking as someone that often gets defined by her dad, I’ve spoken in interviews about not being a fan of the dad plot line in Rise, but it was dictated from above & I had to make peace with it to do my job. It’s a big reason why the comics I worked on were very non-dad focused."