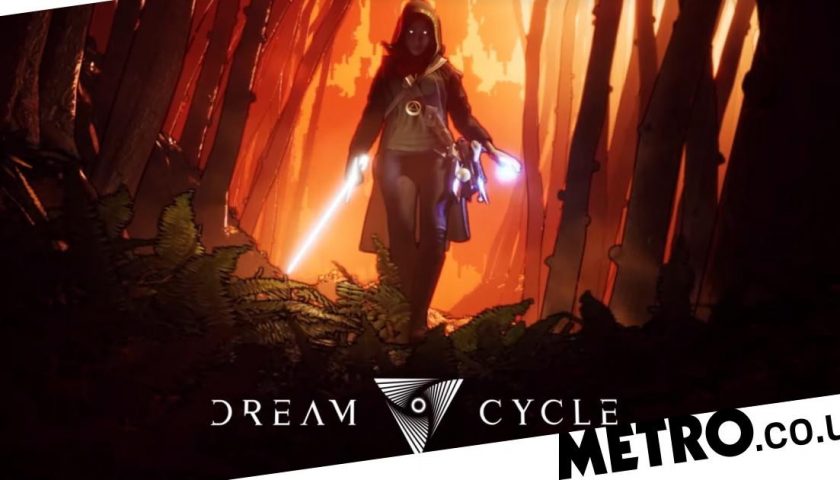 One of the original creators behind Tomb Raider is back with a new project, which is out on early access very soon.

If you don’t recognise the name Toby Gard, you will almost certainly know his work. Originally a member of Core Design, he was part of the team that created the first Tomb Raider game. And five years after his last project, he’s back with an all-new game titled Dream Cycle.

Announced during Gamescom, Dream Cycle does bear a couple of passing similarities to Tomb Raider (female lead, ancient ruins to explore) but it’s very much its own beast, opting for more of a fantasy feel than Lara’s slightly more grounded adventures (although even Lara has got wrapped up in plenty of fantastical shenanigans).

It also looks to be a first person game, with main character Morgan Carter having access to an arsenal of magic spells, a sword, and guns. According to its Steam description, Morgan is trapped in another dimension and has had her essence stolen, so she must brave the Dream Realms to retrieve her power and thwart her evil ancestor.

In case the name Dream Cycle sounds familiar, the description confirms that it is based on the Dream Cycle series of short stories by H.P. Lovecraft, although it is its own original story.

While the trailer is really short, Dream Cycle sounds like an interestingly ambitious project. Described as an ‘ever-growing platform for mystery and adventure,’ it promises to introduce new content in the forms of areas, weapons, enemies, and story chapters through regular updates, which makes it sound like a live service game.

‘We truly want to make an infinite adventure, a game that you can keep digging into and keep finding deeper mysteries and adventure,’ reads an explanation for why it’s coming out in early access.

‘To do that we have complex systems that generate the Adventures but even with the 1.0 release limited to a single location, that still translates to 10,000 of them.

‘Our goal for early access is to fine tune the first Map Tile ‘The Enchanted Forest’ to be a template for the game to expand from. That process will be a period of back and forth with the community as we learn what content is most important to make that highly replayable experience.’

He later went on to work at Spark Unlimited as the director of Yaiba: Ninja Gaiden Z (aka the worst game of 2014), before setting up his own studio, Tangent Games. There, he served as the design director of horror VR game Here They Lie.

He left Tangent in June 2019 and is now the owner of Cathuria Games, with Dream Cycle set to be the studio’s first project. Raw Fury is handling publishing duties.

Dream Cycle will be available through Steam Early Access on September 7.