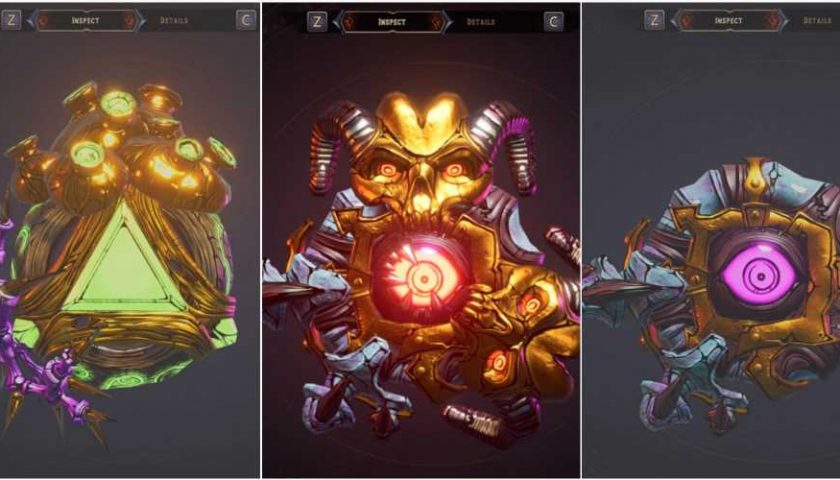 In the frantic shooting and looting chaos that is Tiny Tina's Wonderlands, the last thing you want is to be squishy. There are a couple of things you can do to improve your survivability, such as investing your Skill Points into your Constitution or choosing a Character Background that automatically gives you a bonus to Constitution. 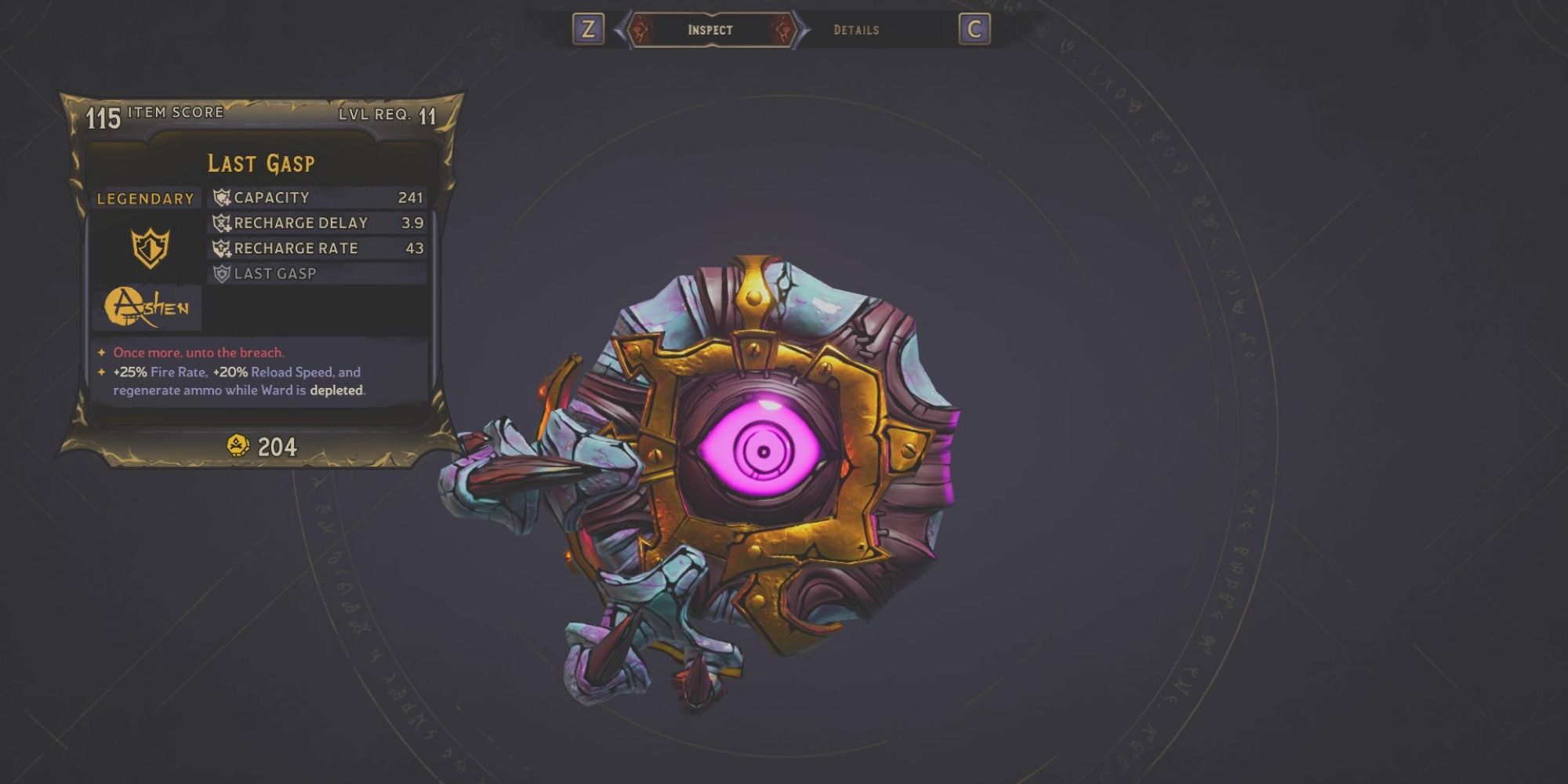 One of the first Legendary Wards you might come across is the Last Gasp. This terrifying little guy has a chance of being dropped after defeating the Zomboss in Shattergrave Barrow. This is a fantastic ward to try and farm at a lower level since the Zomboss fight is not too challenging. Plus, any buff to reload speed and fire rate is fantastic to come across early in the campaign. 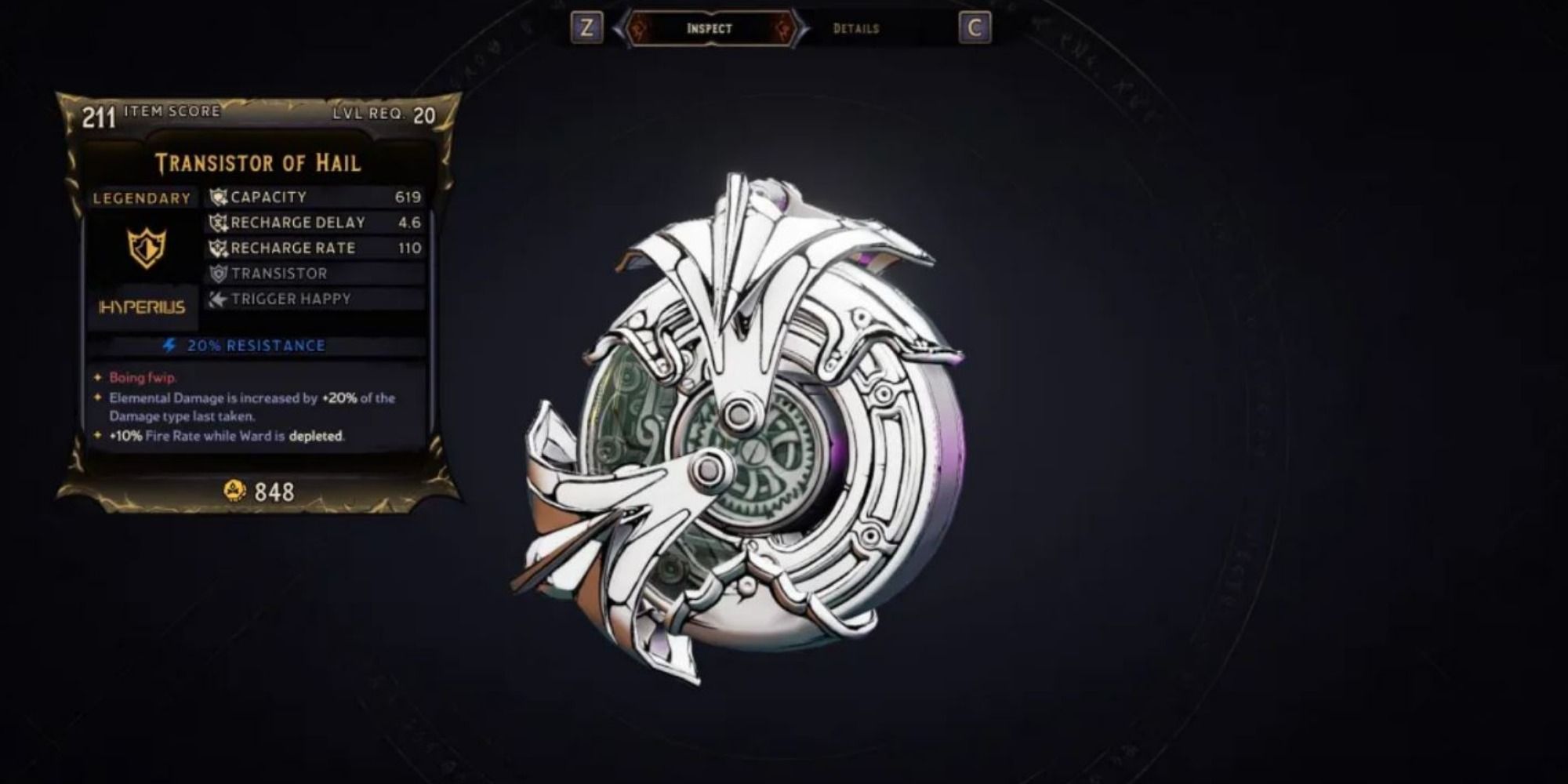 This ward can be looted from the Vorcanar boss fight at the end of Mount Craw. To reach this fight, follow Jar's sidequest through to the very end. You can pick up the start quest "Goblins Tired Of Forced Oppression", either on the Brighthoof bulletin board or by coming across Jar's camp in the Overworld. The Transistor Ward is great especially against some mini-bosses and spell-casting enemies, allowing you to turn enemies' elemental damage against them. 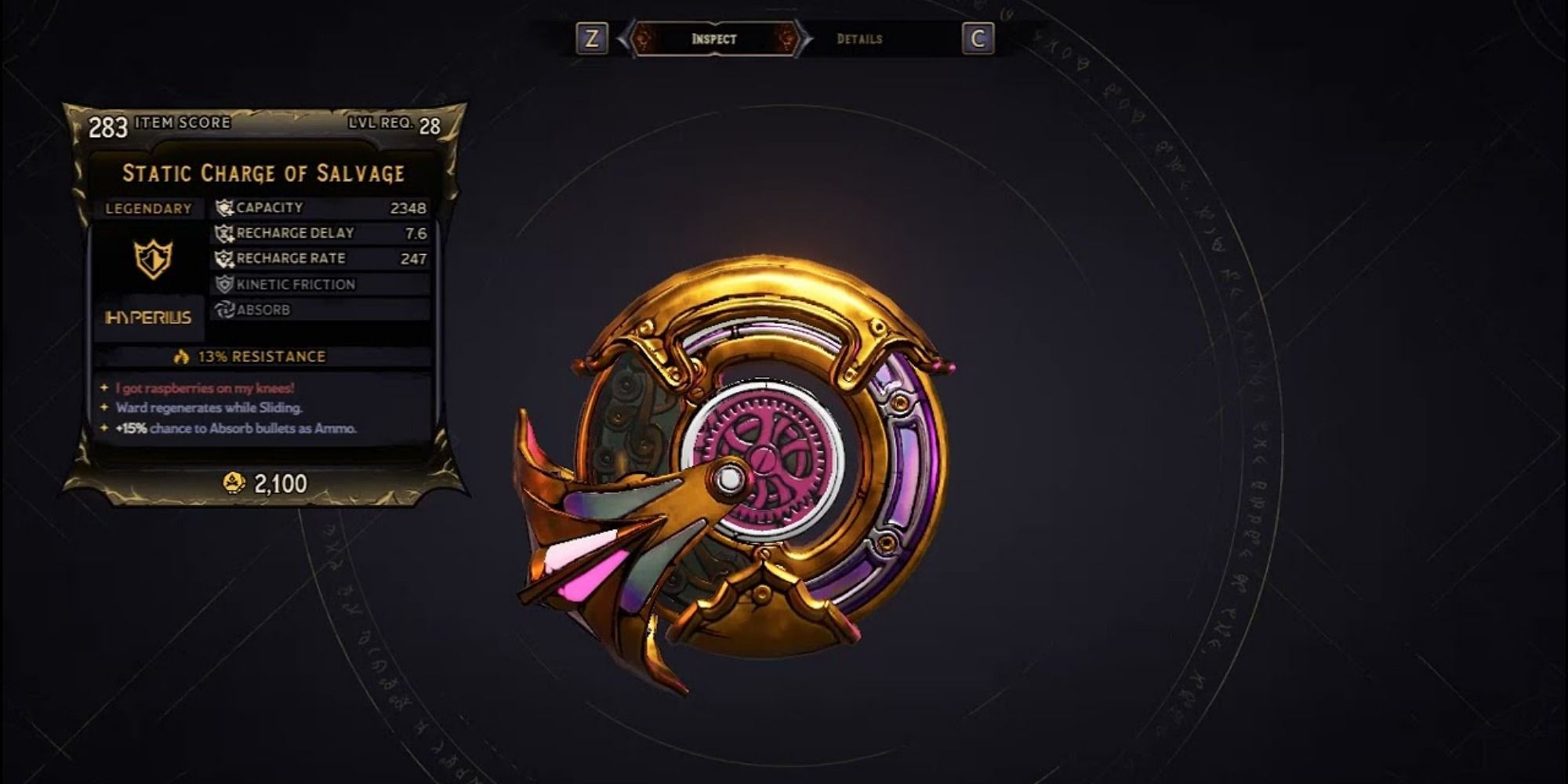 The Static Charge Ward is a random world drop, which means it has the potential to drop from any old enemy. This is both a good and a bad thing, but especially inconvenient as it means there's no specific location to farm this from. It is great for a more tank-y build, however, as sliding around will generate your ward capacity. Hope you don't mind a little carpet burn. 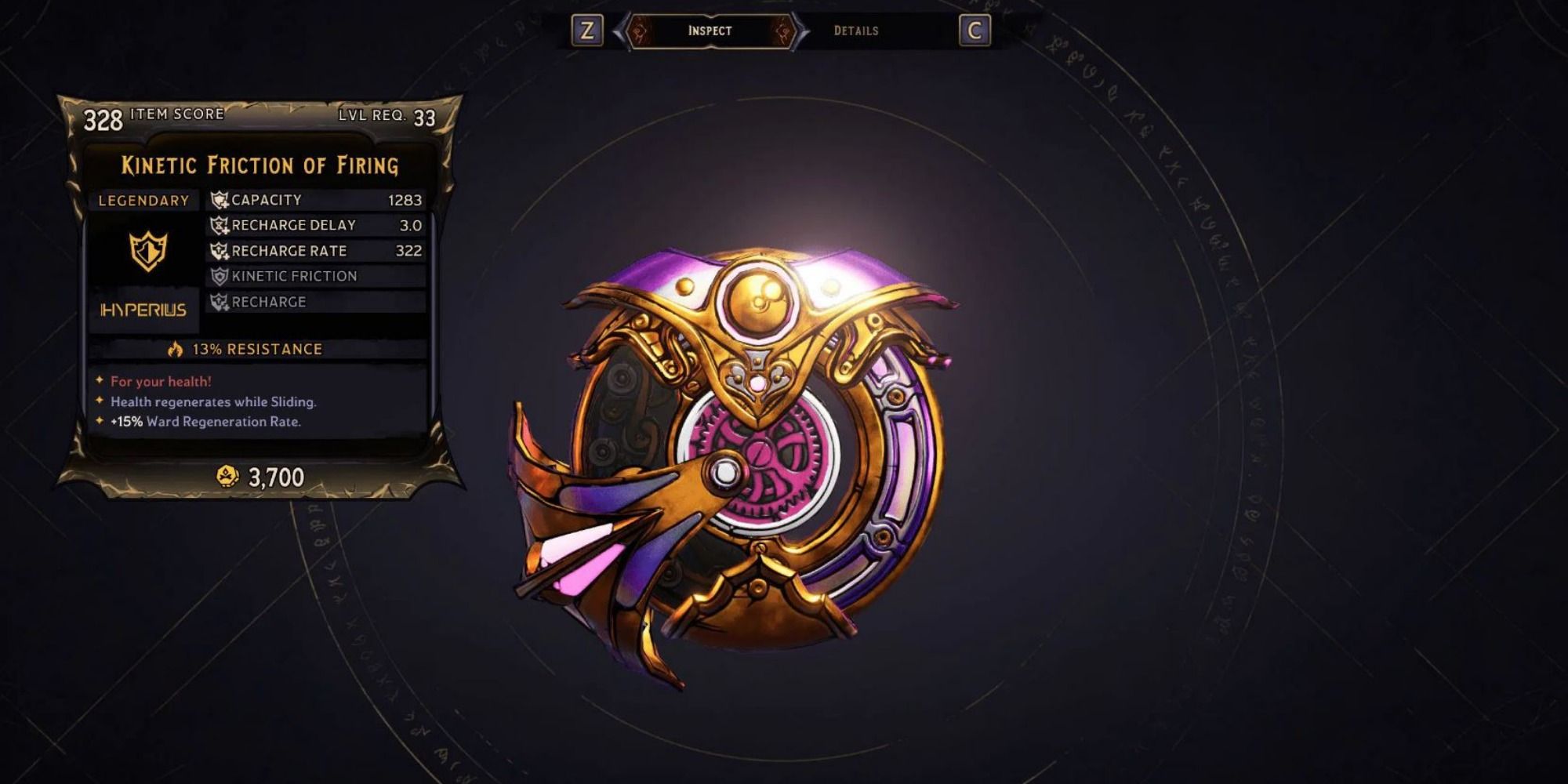 Much like the Static Charge Ward, Kinetic Friction helps you build the tank build of your dreams. Sliding around your enemies will regenerate your health whenever you are in a pinch, and not a health potion in sight. It is a random drop, so it may be more difficult to come across unless your loot luck is already high. 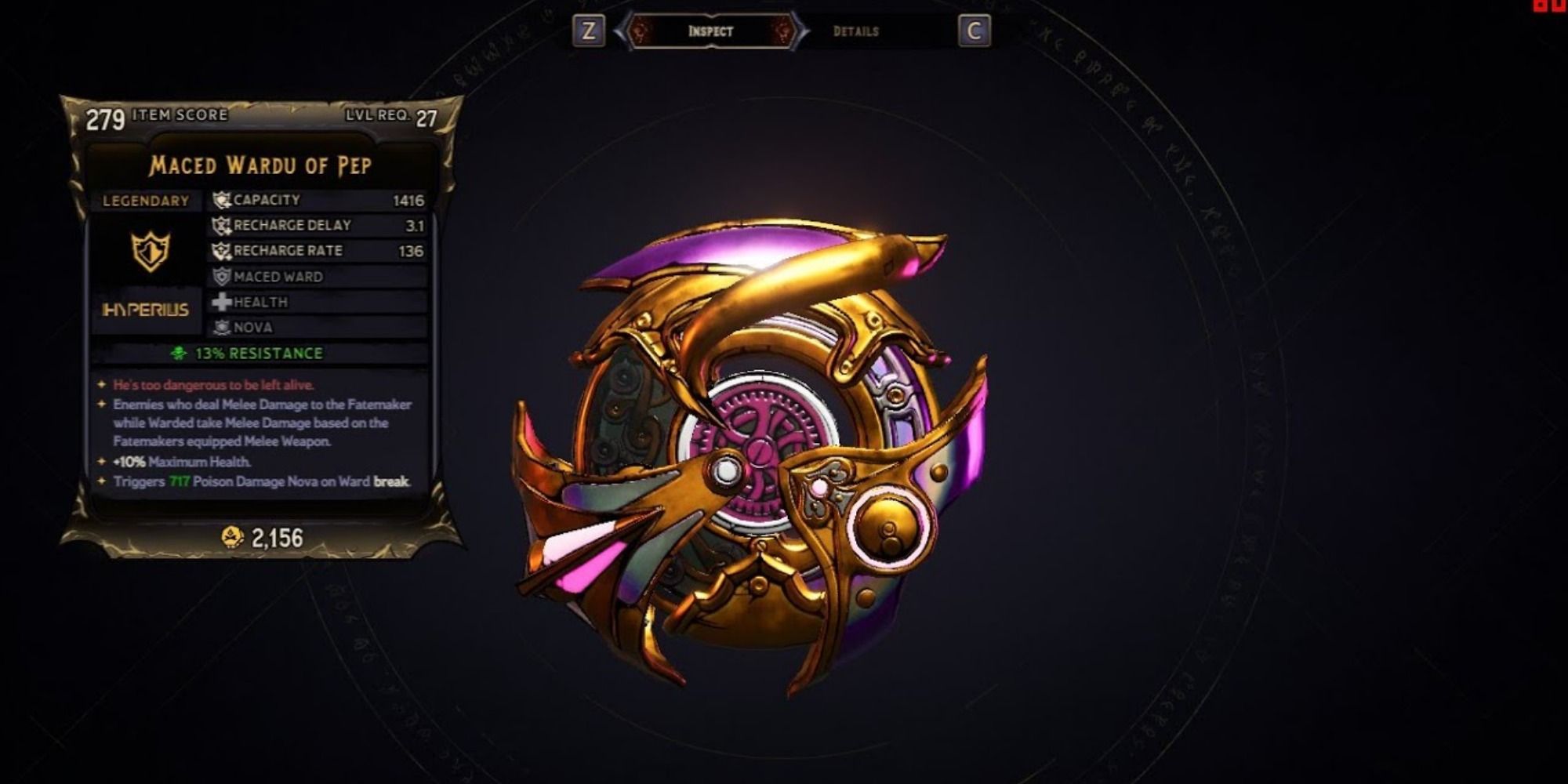 Undoubtedly a reference to Star Wars' Mace Windu, this ward is the ultimate "Uno Reverse Card". While equipped, whenever you get bonked by an enemy, they get bonked right back. It has a chance of dropping from the Great Wight boss fight in Wargtooth Shallows, found at the Ancient Obelisk found not far from the Overworld entrance. 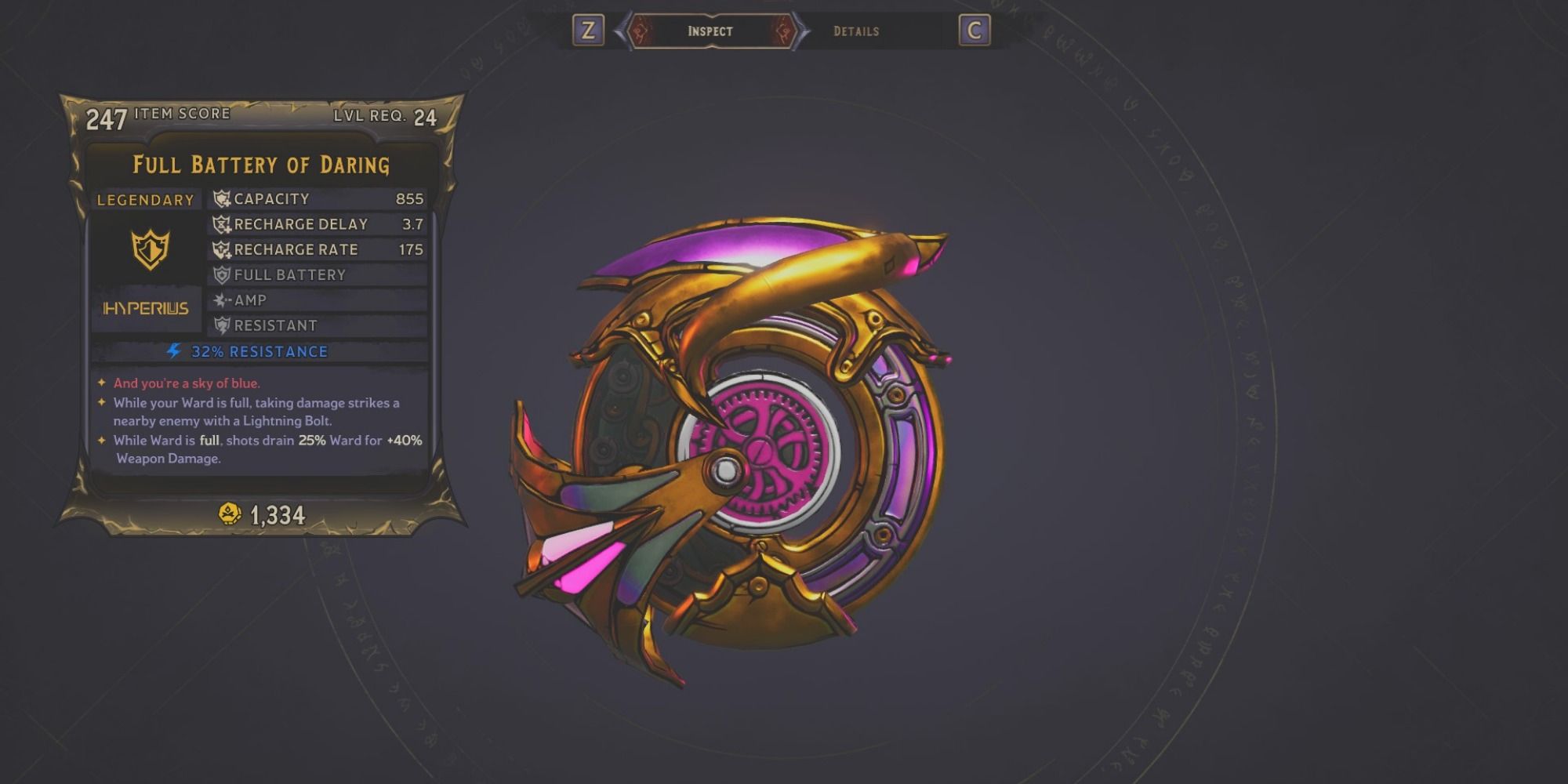 Yet another "Uno Reverse Card" of sorts, this Ward guarantees that every time an enemy breaks your Ward, they get a little shock for their troubles. Full Battery is a fantastic Ward for a little extra passive damage, but it can only be dropped randomly during the Chaos Chamber that is unlocked after completing the campaign. 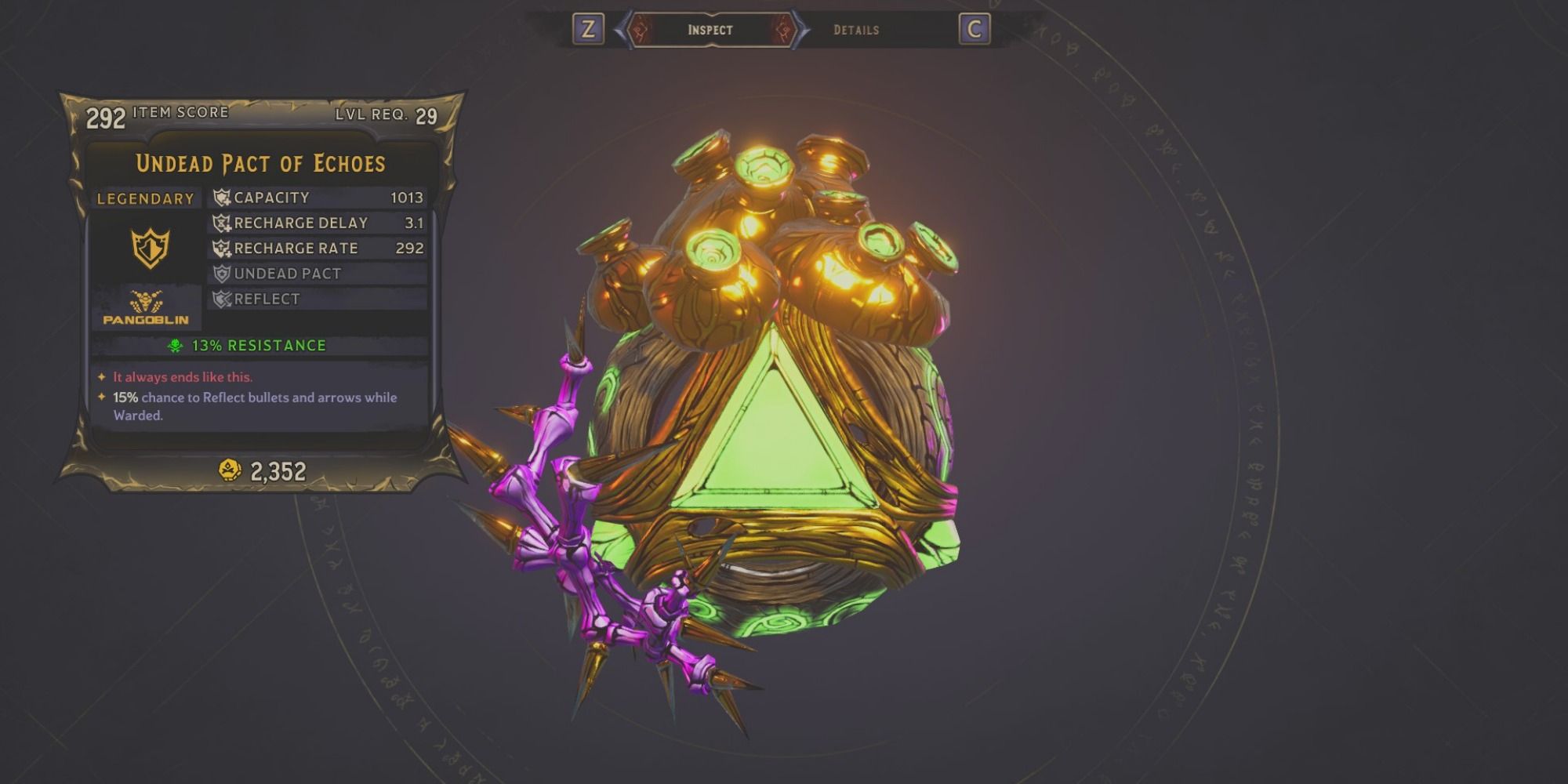 This is yet another ward that can randomly drop from the Zomboss fight of Shattergrave Barrow and perhaps the better of the two. Everyone loves a little passive damage, particularly when it comes in the form of Elemental shooting skulls. 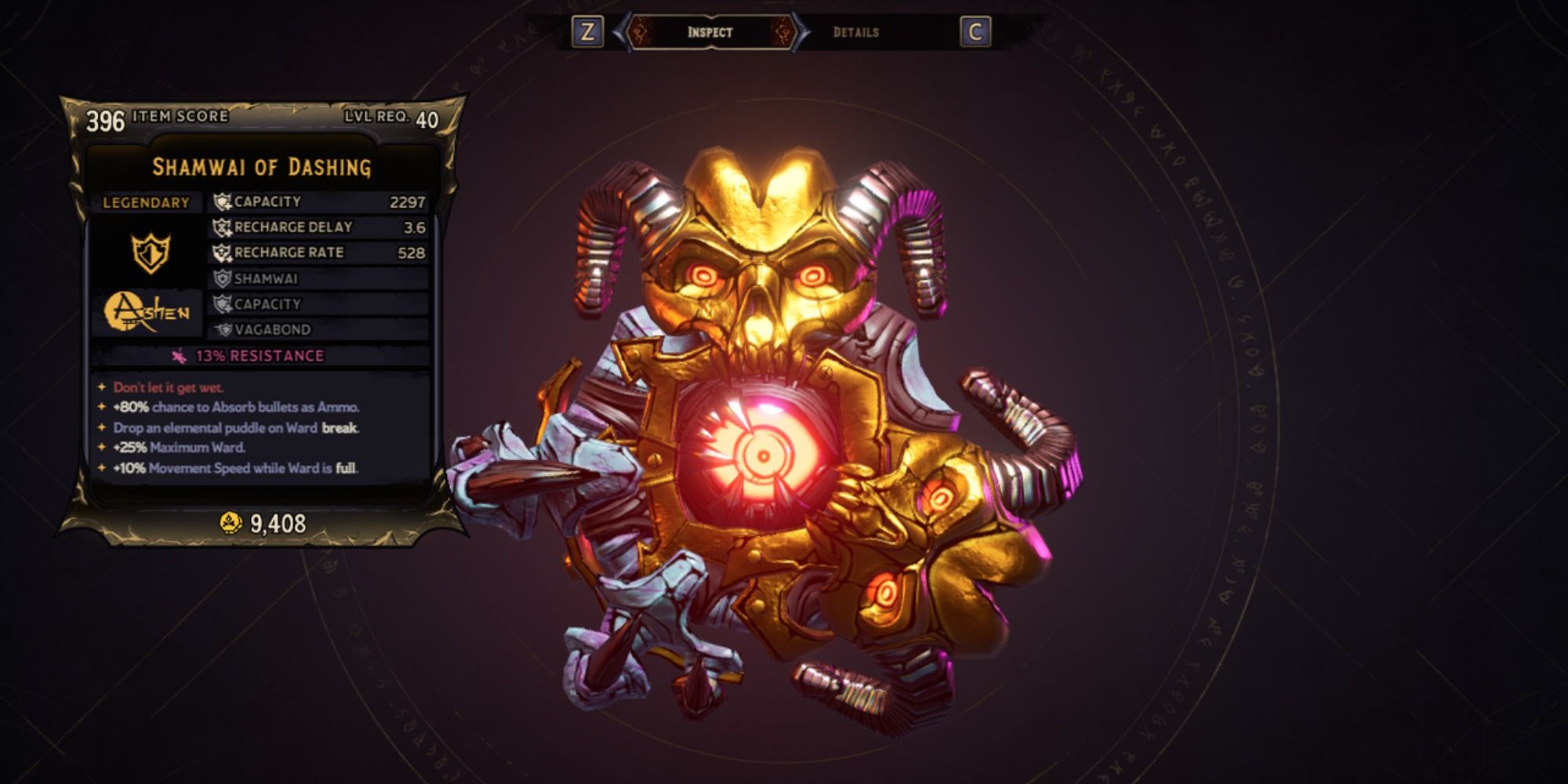 The last thing you want to see during the thick of battle is that "0/0" where your ammo count once was. The Shamwai Ward not only gives you an immense chance to passively generate Ammo from incoming bullet damage, but it even grants some passive damage whenever your Ward breaks in the form of an "elemental puddle". It has a chance of dropping after fighting King Q'urub Hullsunder at the Ancient Obelisk in Drowned Abyss. 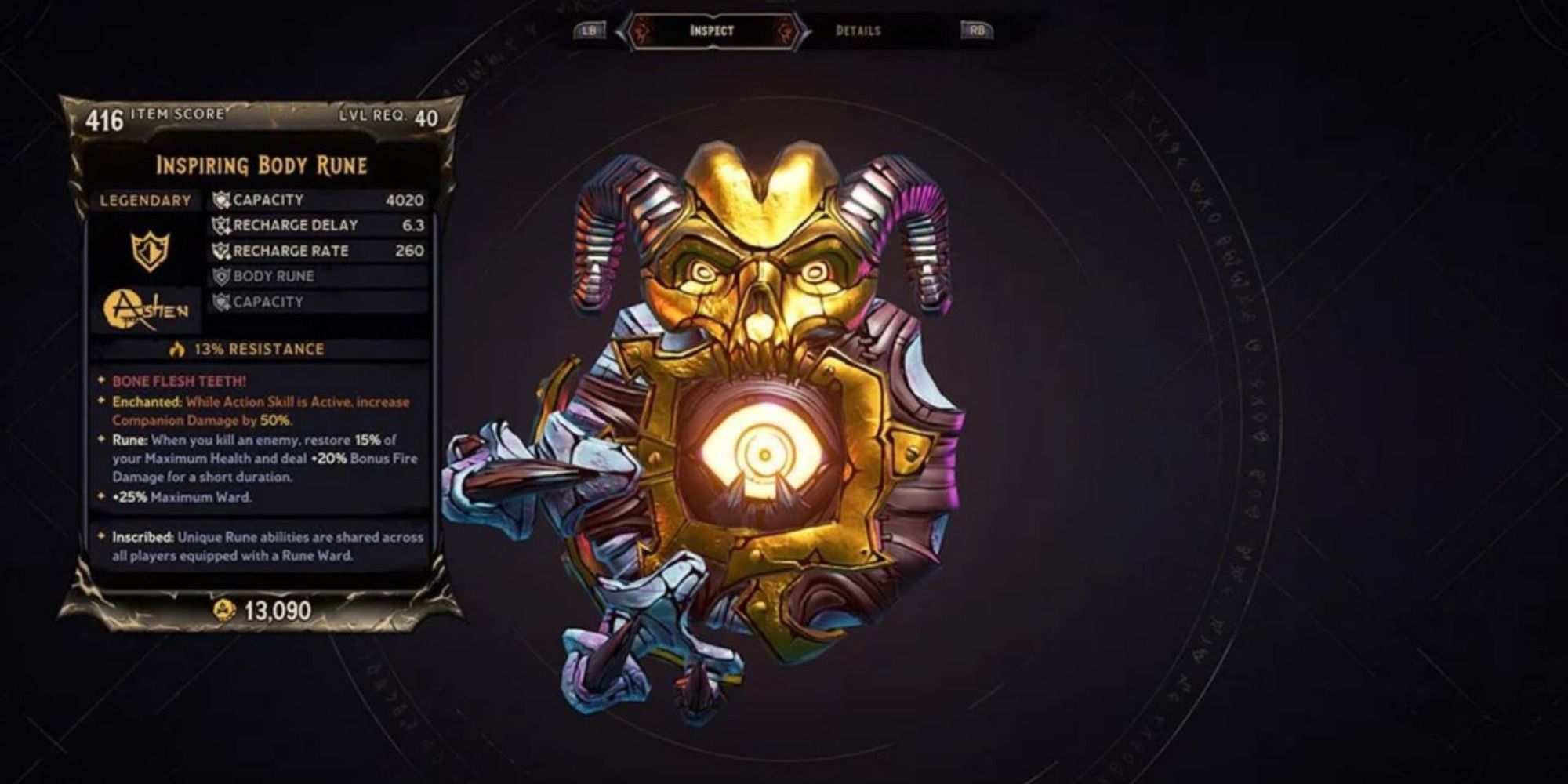 One of the best "beefy" legendary Wards you can find in Tiny Tina's Wonderland is the Body Rune. This Ward not only restores your health every time you get a kill, but it also gives you a pretty hefty increase in elemental damage. However, it is extremely difficult to get, as it can only be dropped from the secret Bunnidhogg boss fight, unlocked by solving its puzzle when found during a Chaos Chamber run. 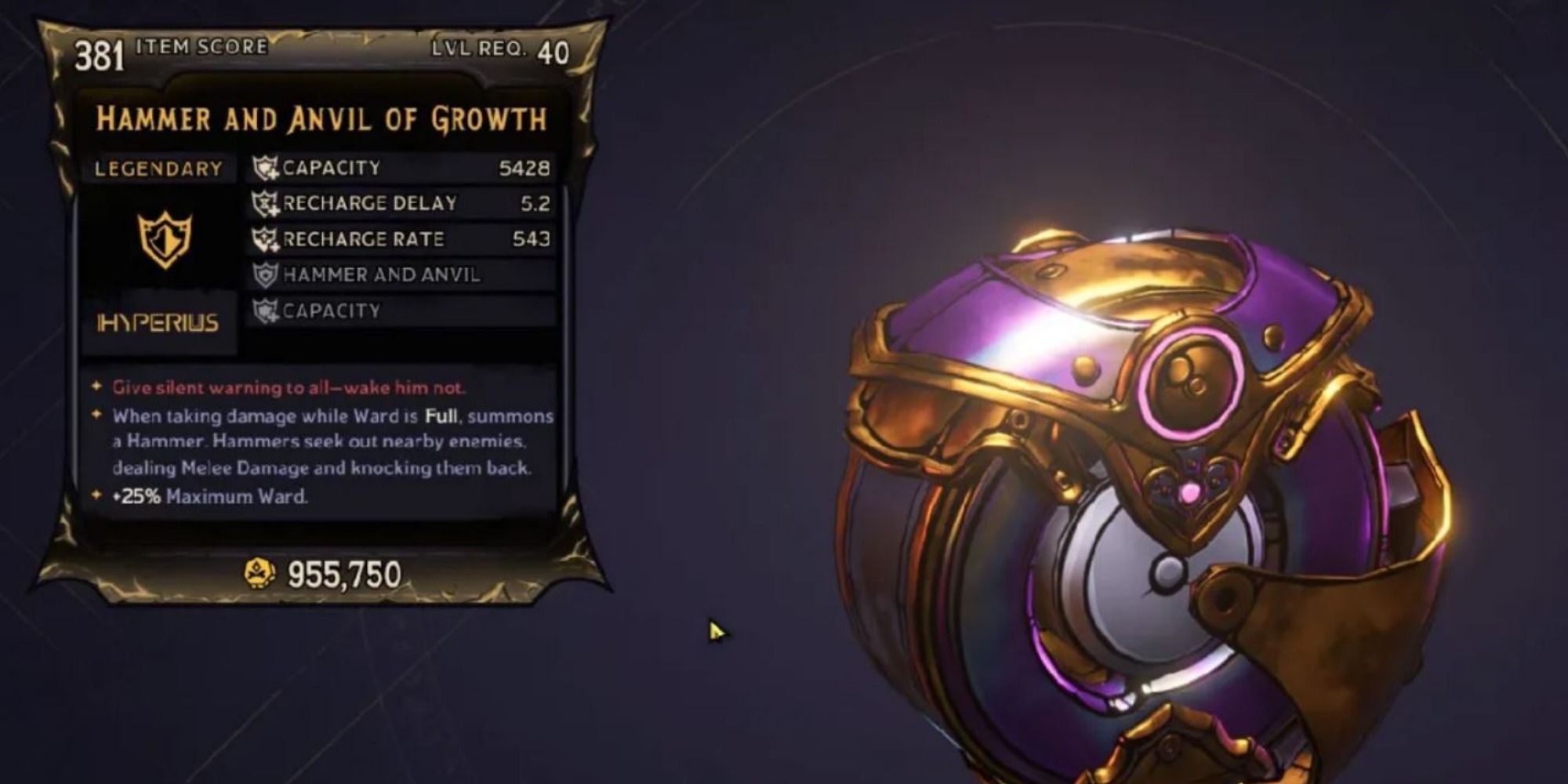 Who doesn't love a little passive damage? Hammer and Anvil is one of the strongest Legendary Wards in the game for the fact that it not only summons magic hammers to seek out your enemies for a good bonk, but even provides a little crowd control. It can drop randomly from the Bucket Head boss fight, found in a dungeon door near Mount Craw in the Overworld. This dungeon door also just so happens to contain a Shrine Piece for the Shrine of Zoomios.